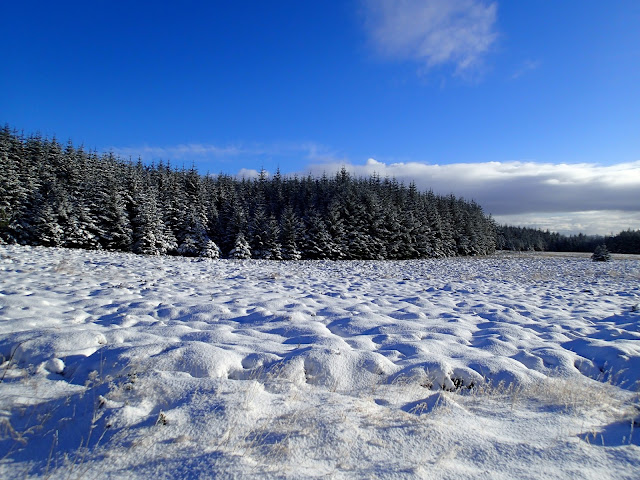 Sunday 22nd November dawned bright and brilliantly white.  Through Saturday evening and into the small hours snowfall had been steady and had resulted in quite an accumulation.  I tried the nordic skis at home, but the snow was just a little "sticky" for good cross country touring - good for walking though.

Just a few minutes drive from home is a hilltop parking area at the start of the Gordon Way.  I set out into a landscape transformed.... 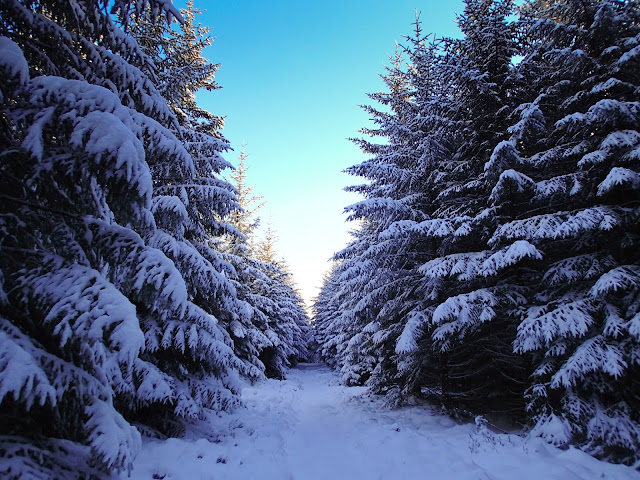 ...into a winter wonderland.  It was still, cold and quiet in the forest, every branch of the spruce trees  heavily loaded with powdery snow. 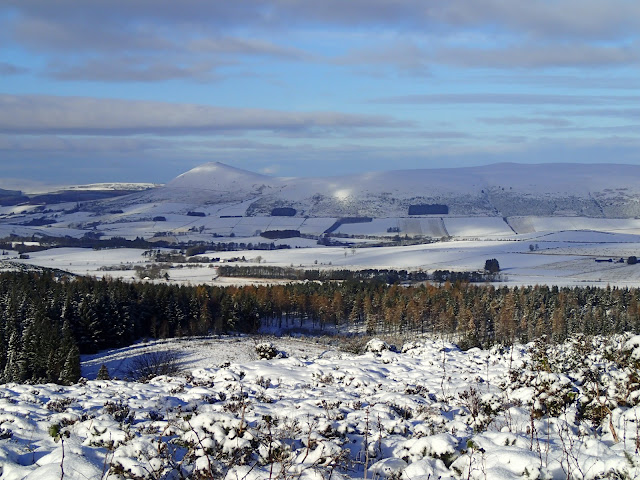 Breaking out onto a more open area, the view to the north opened up.  The distinctive sliced-off cone of Tap o'Noth was an unbroken white..... 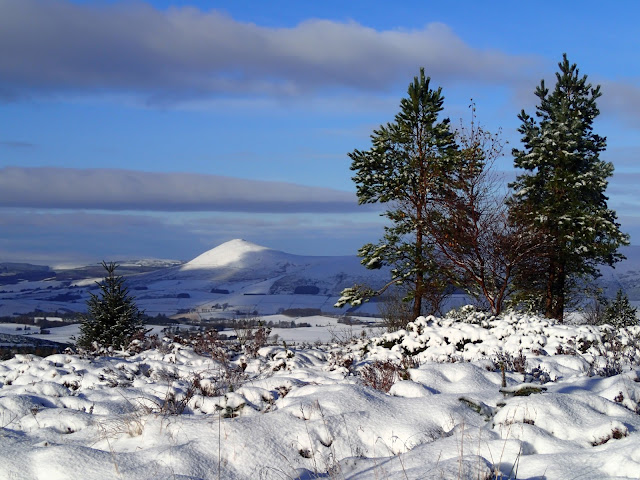 ....alternately lit with a fleeting, brilliant light.  The capacity of snow cover to utterly transform the landscape never ceases to amaze; I have to confess to a childlike pleasure in a good fall of snow! 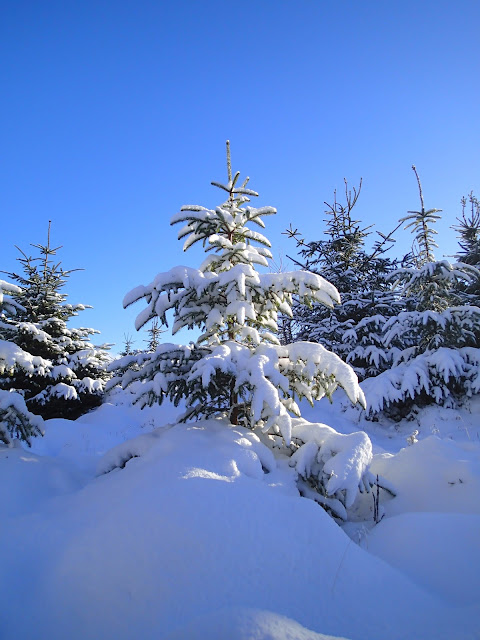 And there had been a good fall too.  In contrast to the northerly wind of the preceding days, the night had been almost windless and the snow had settled where it fell. 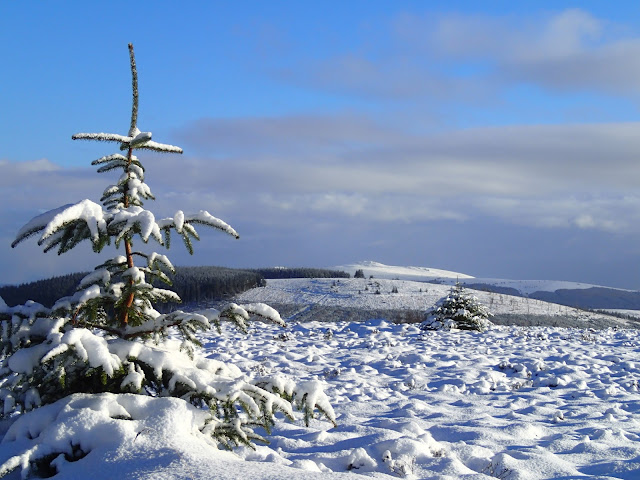 On the higher ground the depth of cover made walking an energetic and aerobic experience, but I certainly wasn't complaining!  My objective was Knock Saul (Cnoc just means "hill"), the broad hill with tree cover in the middle distance of this image.  To get there I intended to drop down to a forest track between Suie Hill and Knock Saul, then effectively walk around the back of the hill to climb it from the far side. 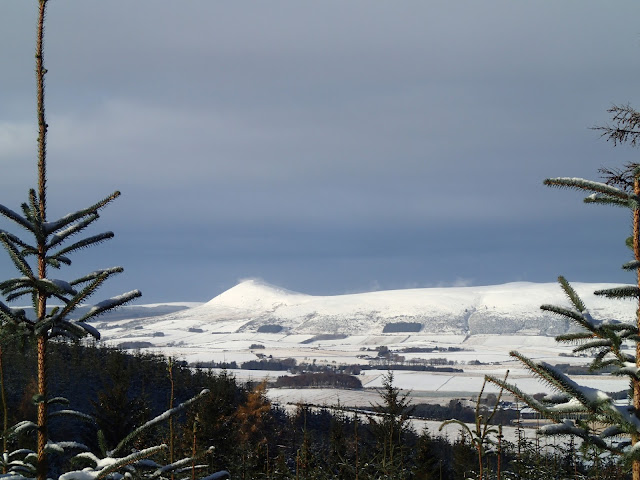 Climbing back out of the forest an hour or so later, the weather to the north looked somewhat different with dark clouds and a banner of snow flying off Tap o' Noth in a strengthening wind. 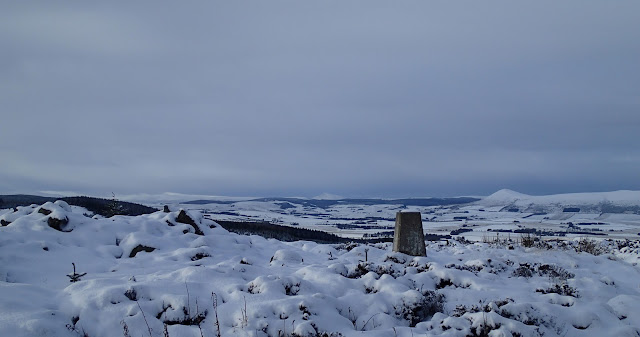 By the time I reached the summit of Knock Saul the sky to both north and west was full of snow and a bitter wind was blowing. 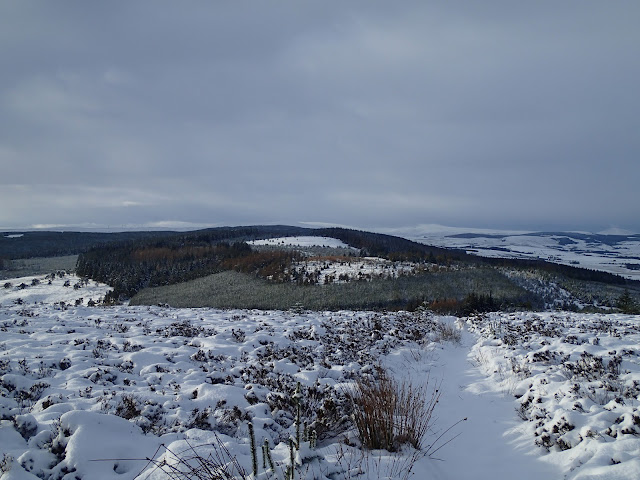 My eyes were streaming in the cold, so I took a quick look back over to Suie Hill where I'd started the walk..... 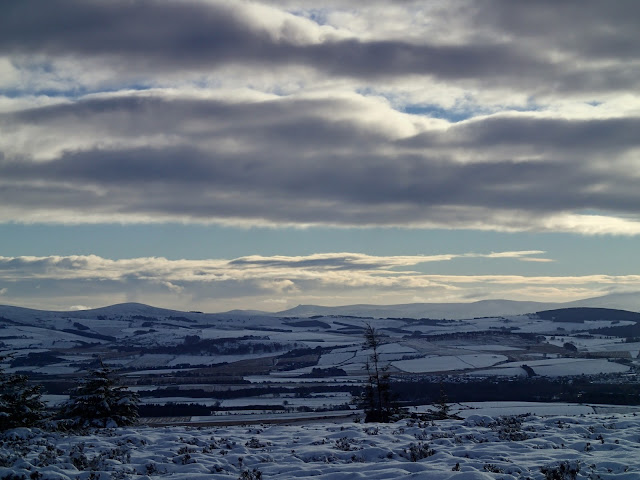 ...and then turned my back to the wind.  The view southwards from this small hill is really extensive; the distinctive tor on the side of Clachnaben is some 50 kilometres distant but clearly visible in the sharp air. 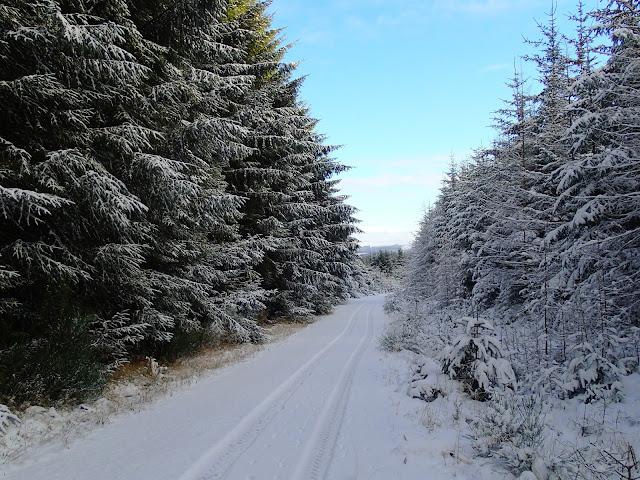 I didn't linger too long on the summit and was soon back in the shelter of the forest, heading down towards home.  The snow lasted just a couple of days, its fleeting brilliance a brief taste of winter to come - and there's more snow in the forecast over the coming days.
Posted by Ian Johnston at 18:41