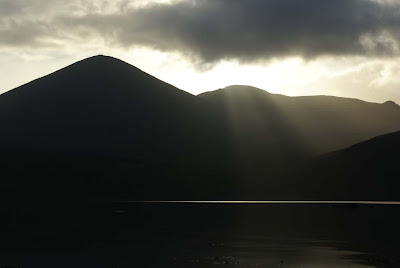 My paddle around Scalpay had been very leisurely. I'm about to go to work abroad for four months, so I wanted to savour the moment. The sun was dipping fast and made a dramatic silhouette of Beinn na Caillich on the Skye shore. 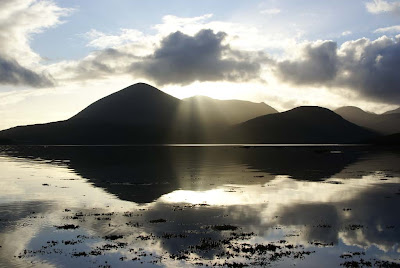 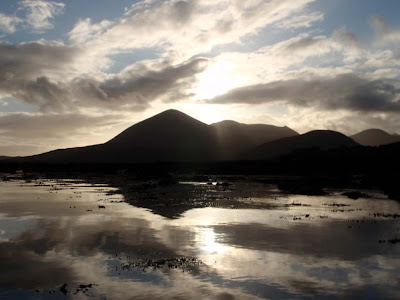 But as the sun continued to sink, it was time to leave Scalpay and head back to Corry. 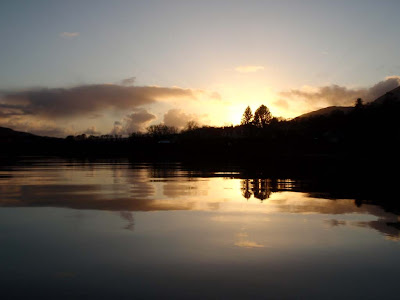 The sun was setting and the temperature plummeting as I arrived back at Corry Pier. The 30km circumnavigation had taken me nearly seven hours; the slow pace suited the day - it wasn't to be rushed.

It's days like these that keep me going until the next time!
Posted by Ian Johnston at 18:06 1 comment: 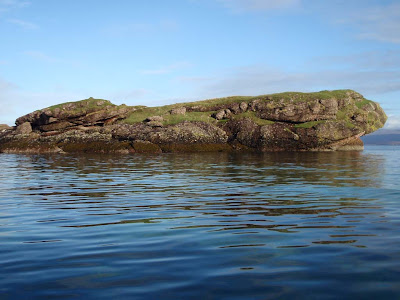 Near to the spot I stopped for lunch was this small island. It's called Eilean Leac na Gainimh which translates as something like "Island of the Sand Slab" 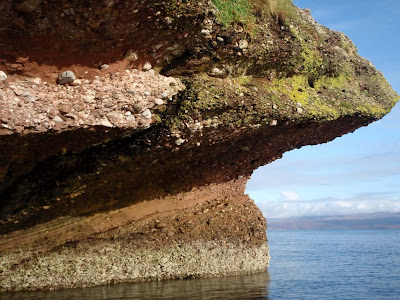 The island is an outcrop of very soft sandstone with pebbles embedded as a matrix, seemingly defying gravity. 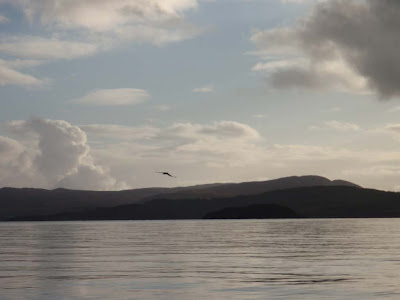 This isn't a great photograph, I was so blown away by getting a view of a Sea Eagle (Haliaeetus albicilla)from less than 20 metres that I forgot about the camera! The bird didn't immediately fly off, and gave me a stunning moment; I could see every feather and clearly read the bird's wing tag.

I reported the sighting via the Scottish Sea Eagle Project run by Scottish Natural Heritage, and found that this is a nine year old male, hatched in Wester Ross. He's part of a breeding pair who have successfully raised a couple of chicks of their own.

I've not been priveliged to have had such a close view of a Sea Eagle before, normally I've seen them at a distance. There's something very satisfying in the knowledge that they are on the increase and recolonising former haunts. The birds surely add to the seascape and the sky of Scotland.

Posted by Ian Johnston at 17:45 No comments: 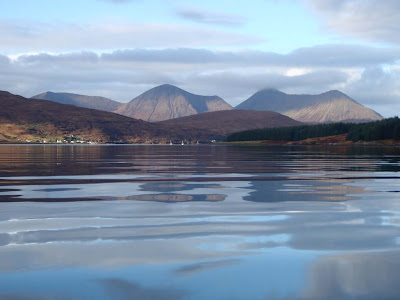 November often brings stormy weather, but sometimes there's a period of calm, settled conditions. On just such a day I started out from Corry Pier, near Broadford in Skye, to paddle clockwise around Scalpay.

The day was perfect, cool but not cold and very calm. Although it had initially been overcast, the sun began to break through and light up the slopes of Beinn Dearg Mhor and Glamaig. Caolas Scalpay framed the view beautifully. 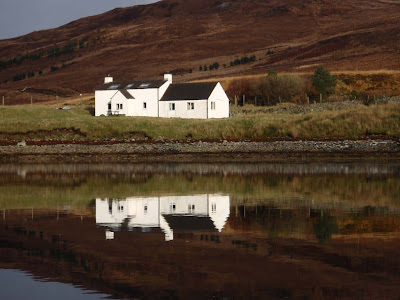 As I paddled along Caolas Scalpay, I passed this cottage on the shore. It's called Narrows Cottage and is one of the holiday cottages on the island. It's in a great spot. 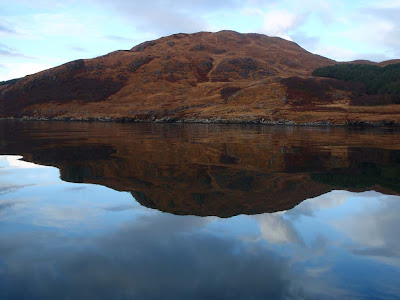 The water and air were so still that reflections were rendered perfectly and every sound was amplified. Shortly after this spot, I heard a commotion on the shore and saw an Otter with two well-grown and boisterous cubs. 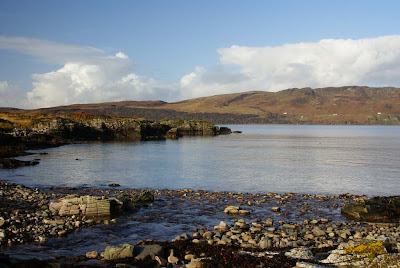 I emerged from the Caolas (pronounced "kyles" and meaning a strait or narrow channel) and went around the north end of the island. Soon I found a nice bay to stop for lunch. It had plenty of fresh water for making tea, and a lovely view across to North Fearns on Raasay; where I paddled earlier in the year. A couple of seals were curious enough to approach within a few yards of the shore and another Otter, this time a large dog, swam across the bay. It was idyllic and I kept having to remind myself that this was November!
Posted by Ian Johnston at 18:30 No comments: 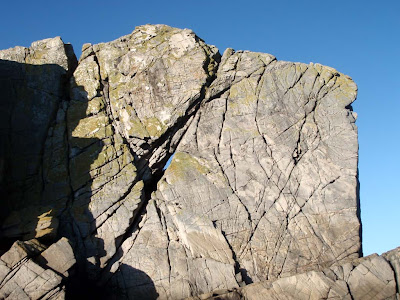 The end of Logie Head is composed of a huge blade of rock with a small window through it. A pair of climbers were gearing up to do some routes on it when I passed. 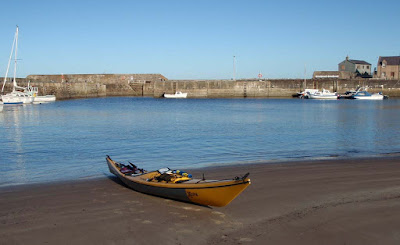 I arrived in Cullen, home of the famous Cullen Skink
The harbour was very peaceful with none of the summer bustle. 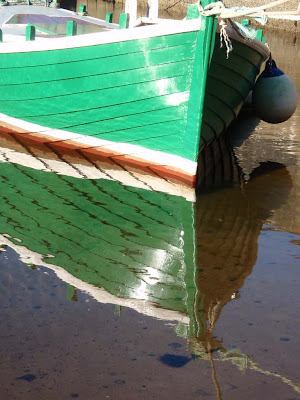 The bow of a traditional boat was reflected perfectly in the still water. This is a closed deck fishing boat of a type once common on the northeast coast. 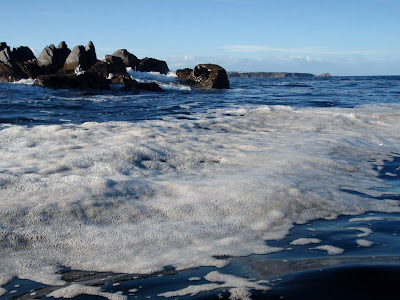 On the way back to Sandend, the swell bursting on the rocks was creating another kind of soup
Posted by Ian Johnston at 15:13 No comments: