Preparing for a pleasant shock to the system 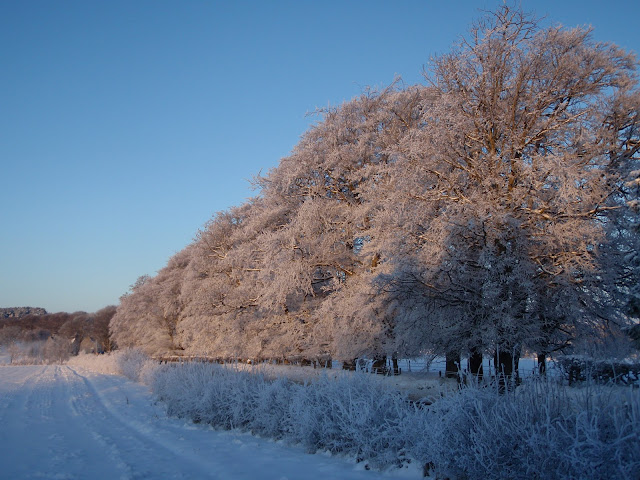 After four months working in the heat and humidity of the Middle East, I'll be going home soon to a Scottish winter.  This image was taken in mid December 2010 during a very cold spell which lasted several weeks, bringing severe frost and heavy snow.

It usually takes a little while to re-acclimatise, but I love the turn of the seasons and the variety of weather we get in Scotland.  It may be a shock to the system at first, but I've missed clear, sharp mornings like this one!
Posted by Ian Johnston at 04:00 No comments: