A flash of gold 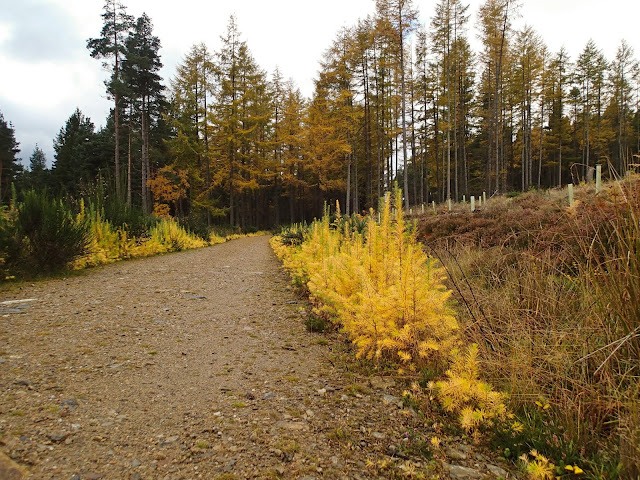 By early November most of the glorious pyrotechnic shades of autumn are off the trees, but there's a last flourish from one tree.  Larches (Larix decidua) are a slightly unusual tree, a deciduous conifer.  They aren't native to Britain but have been planted here since the 17th century and have become very much part of the woodland scene.  Here, small saplings line a forest track on the lower slopes of Bennachie with a flash of gold.

In early spring larches form "flowers", the male flowers a cluster of creamy anthers and the female variety a striking pink, which eventually will become the seed-bearing cones.  The needles form on the twigs, first as bright lime green shoots which mature into dark green needles.  In late autumn, after most other deciduous trees have started to shed their leaves, the larches moment to shine arrives...... 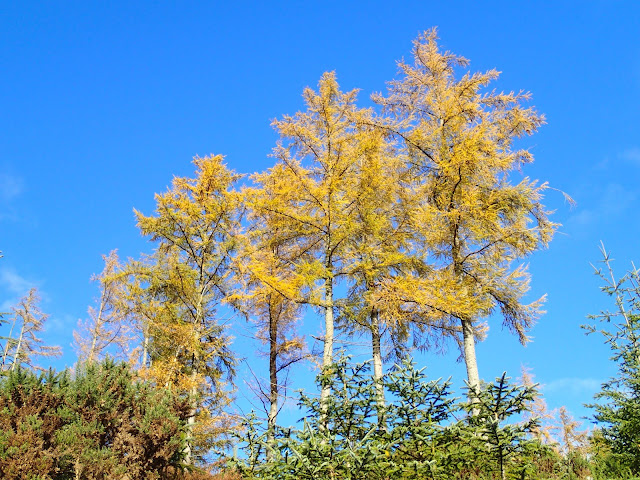 In a matter of days the needles turn the most dramatic golden shade - against a flawless blue sky the trees make a striking sight. 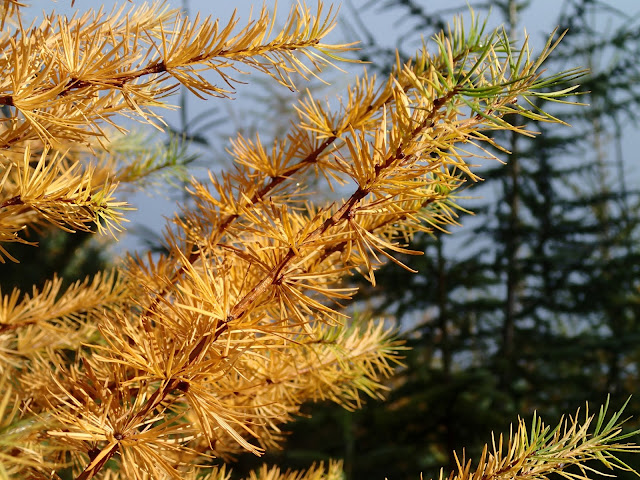 All too soon the needles will drop, covering paths, tracks and the banks of watercourses with a carpet of gold.  Even in November, commonly perceived as a grey and lifeless month, there's colour aplenty in the landscape.
Posted by Ian Johnston at 20:43 2 comments:

Remembrance - one hundred years since the end of the Great War

In remembrance of all those men and women who have lost their lives in the service of their countries, those who still suffer the physical and mental scars of the conflicts in which they served; and those who are left with loss and grief.               "At the going down of the sun, and in the morning, we will remember them"
Posted by Ian Johnston at 18:01 No comments: