A study into the relationship between sea kayaking and the environment 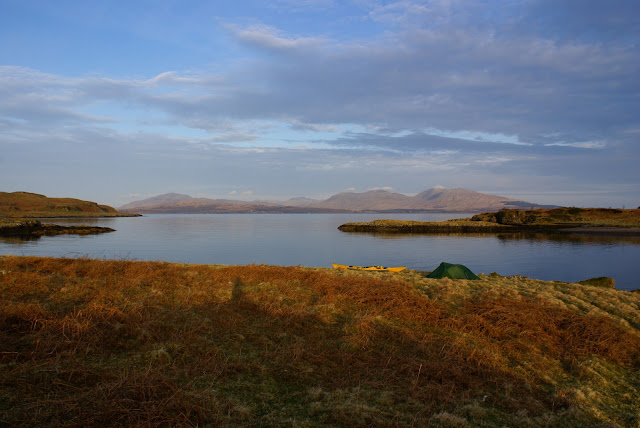 An idyllic wild camp, it's the stuff of sea kayaking dreams..... but, as the number of sea kayakers increases and more pressure is brought to bear on popular areas, are we damaging the very thing we cherish?  And is our activity as environmentally friendly as we'd wish?

Scotland has a long and beautiful coastline but there does seem to be increasing pressure on "honeypot" areas, some of which are also much used by commercial groups.   One party passing through an area might not have much lasting impact, but the cumulative effect of many parties using the same places may be significant both in terms of the physical environment, and in repeated wildlife disturbance. 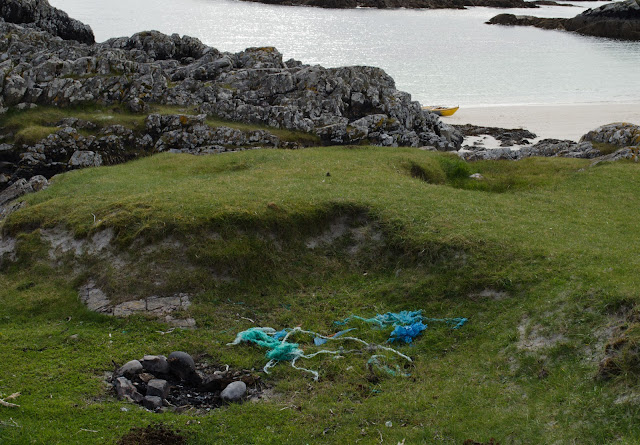 If you think this isn't a problem, take a look at this picture, taken at a beautiful and formerly unspoilt wild camp site on the Sound of Arisaig.  The fire ring and burned plastic have appeared in the last year, the damage will take years to heal, and indeed probably never will as the fire ring will be re-used.  The turf above the fire is home to a colony of rare Northern Miner Bees.

A Scottish sea kayaker is undertaking a Masters level study into the relationship between sea kayaking and the environment.  Part of the study is a questionnaire which can be completed by anyone who has kayaked in British waters during 2012.  The questionnaire can be found here - it doesn't take long to complete and every completed survey will contribute to the research.