The snows of November and December have slowly receded at home, leaving a bleached landscape.  The startlingly low temperatures which lasted for weeks made life hard for animals, plants and humans but created some delicate beauty.

These pictures were taken on 22nd December within a few hundred metres of home. 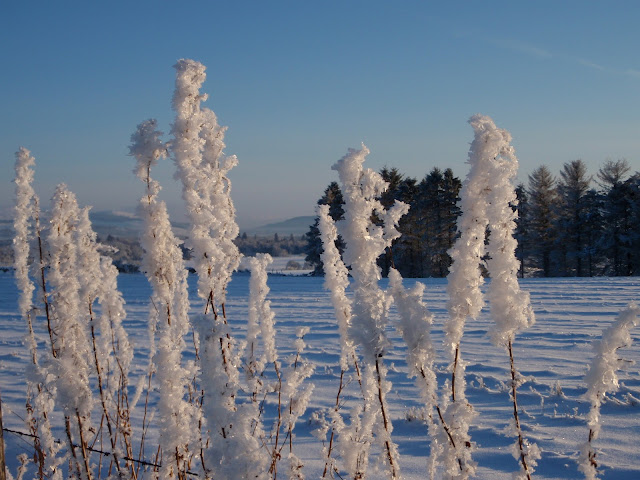 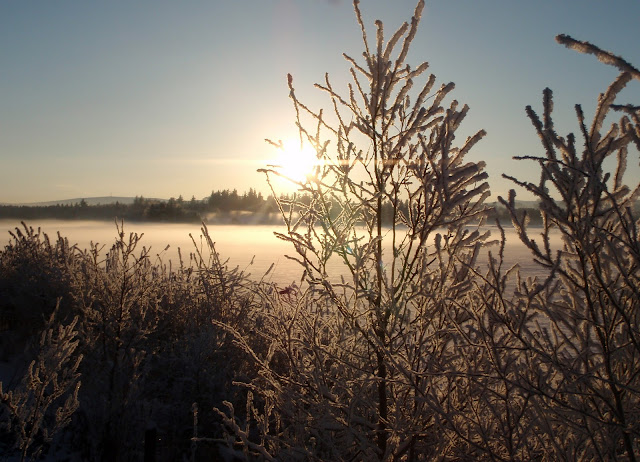 Daytime temperatures of around minus 10 celsius meant that the winter sun didn't melt the frost at all. The low angle and brilliance of the sun firing through the frosted branches made a shimmering, sparkling display everywhere.

Despite the harshness of the cold, it really was extrodinarily beautiful.
Posted by Ian Johnston at 21:49 2 comments:

Last hill for a while

Between Christmas and Hogmanay, Alan and I managed out onto the hill.  The roads were quite icy and the snow wasn't the best, but the effort was certainly to be rewarded.  We chose Bennachie, my local hill.  I try to climb the hill each time I'm home on leave from work and I was running out of days! 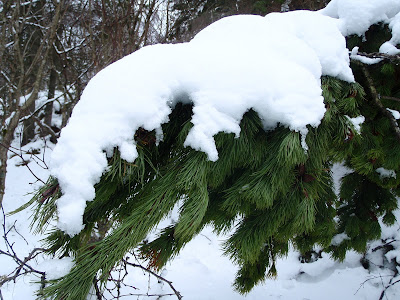 Though there had been a considerable thaw, the weight of snow was still bending trees, some right to the ground like this one.  Some of the smaller birch trees have exploded in the bitter frosts of mid December either from weight of snow or as their sap froze. 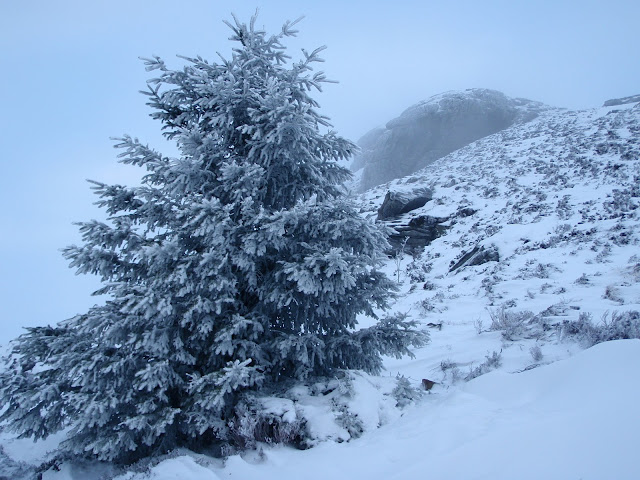 En route to Bennachie we climbed Millstone Hill which was in cloud and remained so all day.  Dropping down to the bealach (col) between Millstone Hill and Bennachie was hard going in thigh deep snow, and the deep stuff prevailed on the climb out too.  Higher up, the trees exposed to the wind had some impressive riming. 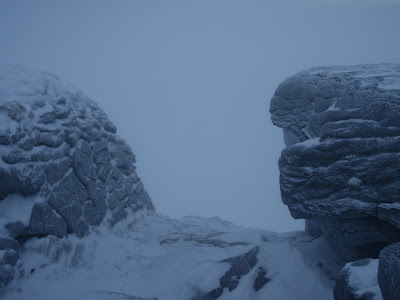 Th 518 metre "Mither Tap" (mother top) of Bennachie isn't the highest on the hill, but is by far the most prominent and is a justifiably popular outing.  Today we saw only one other party high on the hill.  The route I chose onto the final summit rocks turned out to be heavily iced and gave moves well into the winter climbing grades - without doubt the trickiest conditions I've seen here. I was glad we'd brought ice-axe and crampons! Alan found another, more sensible route and we met at the summit. 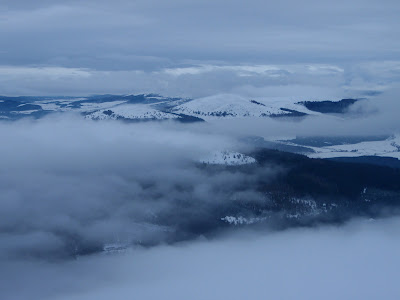 Our descent was straightforward and all that was left was the 6km walk out around the base of Millstone Hill to the car, then 15 minutes drive  home.  It had been a great winter day; we'd had a bit of mountaineering on this small hill and once again proved what a great hill it is.

I'm now back at work and away from home for four months.  Probably there won't be an opportunity for another hillwalk during that time so it was in some ways bitter sweet - good to be on the hill though!
Posted by Ian Johnston at 20:41 4 comments: