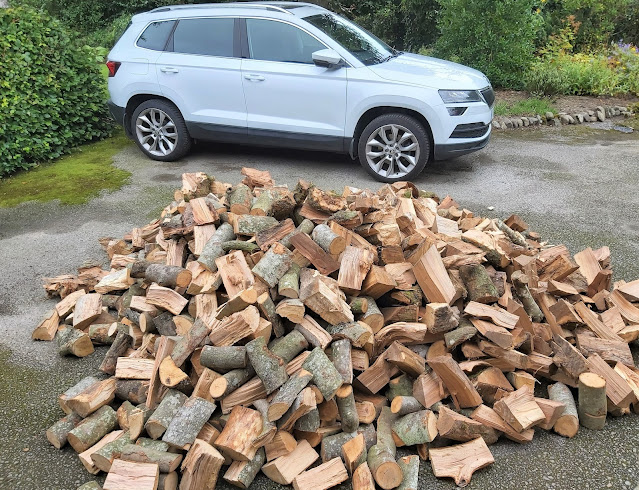 September at Mountain and Sea Scotland HQ brings one of most satisfying of seasonal tasks, the storing of firewood logs to fuel our woodburner.  A big load of beech and elm from our regular supplier Ben at Treelogic arrived on a Friday, giving us the weekend to do the job.

The first task was to sort out what would be stacked immediately and what could be split to give a variety of log sizes.  There followed an evening's work steadily moving the logs to the woodstore by wheelbarrow and starting the stacking process.  There was no hurry to do it as this load of wood isn't for use in the coming winter, it's destined to be burned in autumn and winter 2022/23. 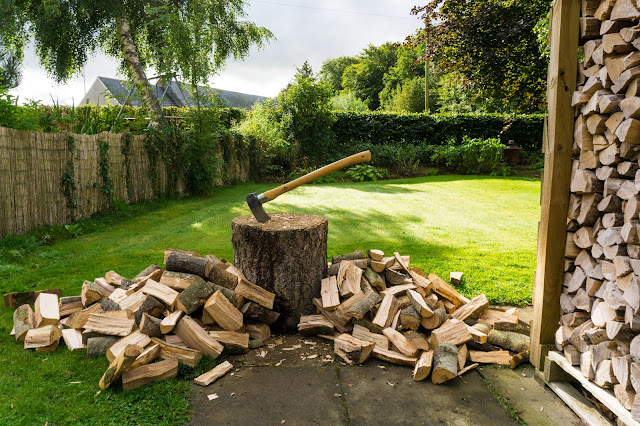 I left the majority of the beech logs aside to be split.  As it was mainly large branch wood it would split nicely and provide smaller logs as well as making the individual logs easier to stack.  This is a job which has never seemed to be a chore to me but rather an enjoyable, even paced rhythm which is totally absorbing and almost therapeutic. 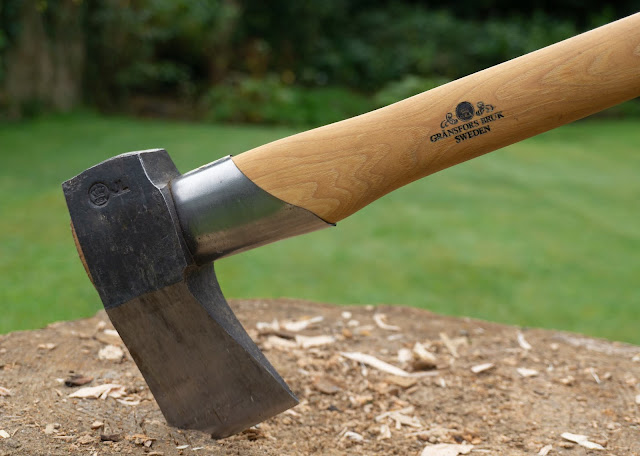 The job is made especially enjoyable because my splitting axe is a a wonderful tool.  A hand-forged large splitting axe from the small Swedish company Gransfors Bruk, it was a gift from our children a few years ago.  I have never used a tool so perfectly designed for purpose and which feels so absolutely "right" in the hands - it makes me smile every time I come to use it. 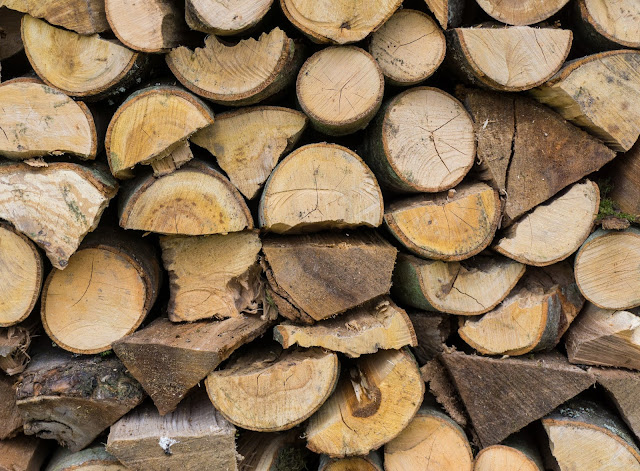 The job is finished by stacking the logs in one of our several woodstores.  This is also an absorbing job; there will be a "right" space for each log, no matter how awkwardly shaped.  In Scotland we don't usually see straight birch log firewood cut perfectly to length and diameter to form the wonderfully aesthetic stacks seen in Scandinavia, but its still possible to get a stable stack which doesn't look too much like simply a pile! 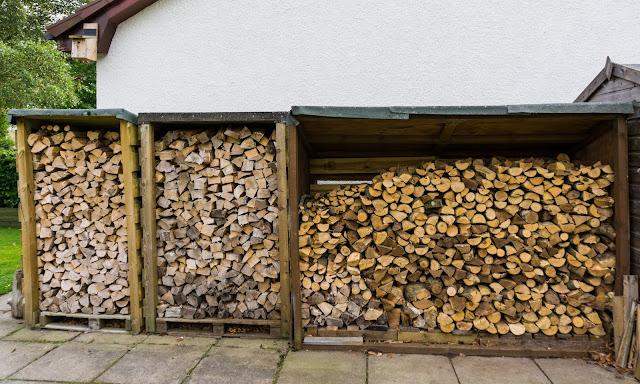 And so, the job is done - for now.  The new load of wood is dry and perfectly burnable, but like malt whisky, firewood benefits from some additional time to mature.  Given extra months of seasoning it's possible to get wood seasoned from a dry 20% to as low as 15% moisture content even in Scotland's climate and this makes a surprising difference to the way it burns.
In the meantime, of course, there's the satisfaction of walking past the woodstore on most days - it's tempting to build and fill "just one more" store - after all, you never know what the weather might be like next winter!
Posted by Ian Johnston at 21:06 4 comments: