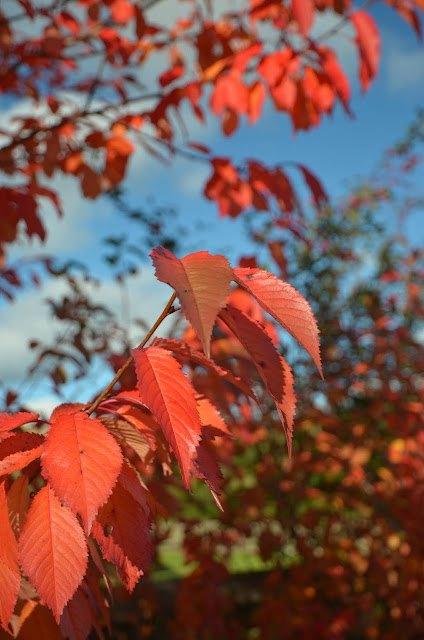 Of all the seasons, autumn in Scotland is my favourite.  the colours are at their best and there's a tangible sense of change in the air - I've never thought it to be a season of decline or dwelled on the shortening day length.  Allan, Raymond and I were looking for a sea kayak trip during a period of settled weather in mid-October; we decided on paddling on Loch Etive which we hoped would give us a good trip and allow us to experience the autumn colours from the water too. 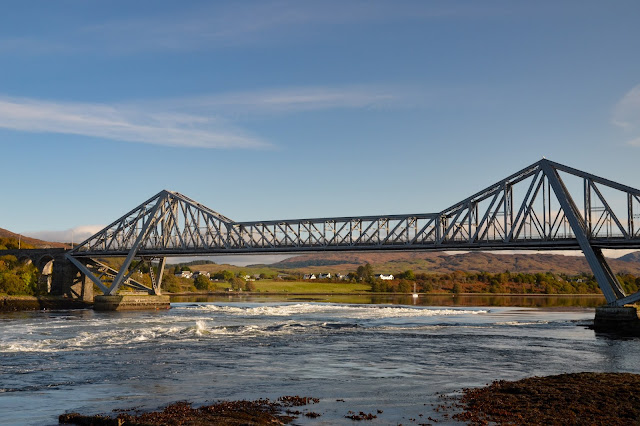 Loch Etive is a 30km long, fjiord-like sea loch with its entrance into the Firth of Lorn at Connel, just north of Oban.  When the glaciers carved out the loch and then retreated, a sill of rock was left near the entrance.  This sill limits the flow of water leaving the loch on an ebb tide, with the effect that the level of the water outside the loch drops faster than that in the loch.  From quite early in the ebb a tidal fall forms at Connel where the loch is spanned by a road bridge.  On a spring tide, which it was when we did this trip, the Falls of Lora were in full and spectacular flow.  We stopped to admire the spectacle, and to watch the river kayakers who use the Fall as a play spot.  We, however, had no intention of taking 5 metre fully laden sea kayaks anywhere near this spot on a spring tide and planned to stat our trip some way up the loch! 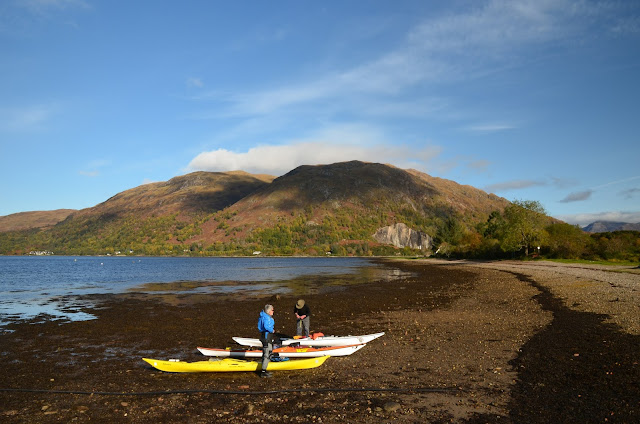 We gathered at Taynuilt where the loch again narrows but without the excitement of a tidal fall to contend with.  We'd need to paddle against the last of the ebb tide for a short while but were confident of finding eddies along the shore to help us past this short section.  It was a bright morning but with a chilly breeze which was forecast to drop during the afternoon.  Loaded and ready, we got on the water for our short adventure. 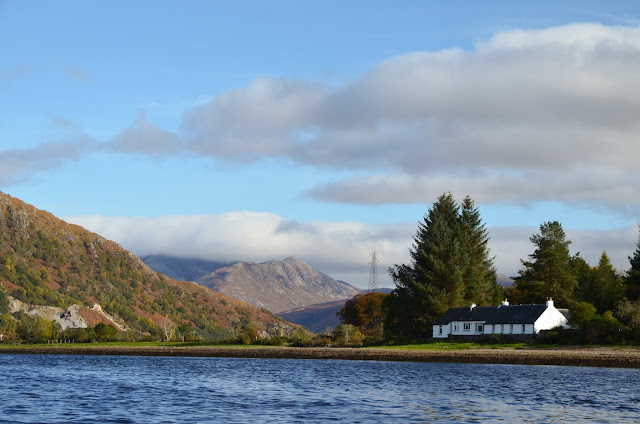 Approaching the narrows there are tantalising glimpses of the mountains which line both sides of Loch Etive and give it such character.  I've climbed the hills and walked one side of the loch but hadn't previously paddled here, so was looking forward to exploring as much as we could. 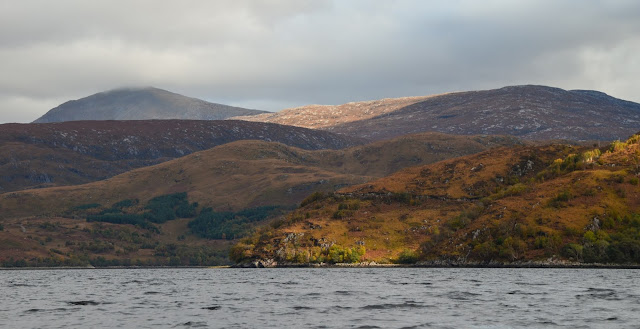 We got through the narrows with little difficulty, though against a bit of a breeze as well as the ebb stream.  The play of light on the hillsides, alternately lighting the rich autumn colours, was lovely - though we noticed a cloud sheet was beginning to form over the area. 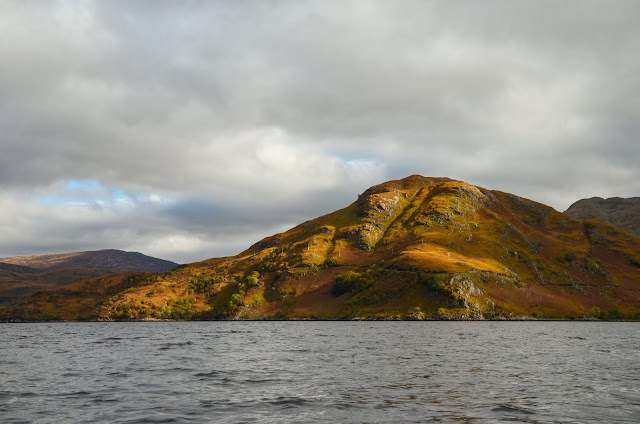 As shafts of sunlight became less frequent their effect seemed more pronounced, pefhaps also due to the lowering angle of the sun at mid afternoon. 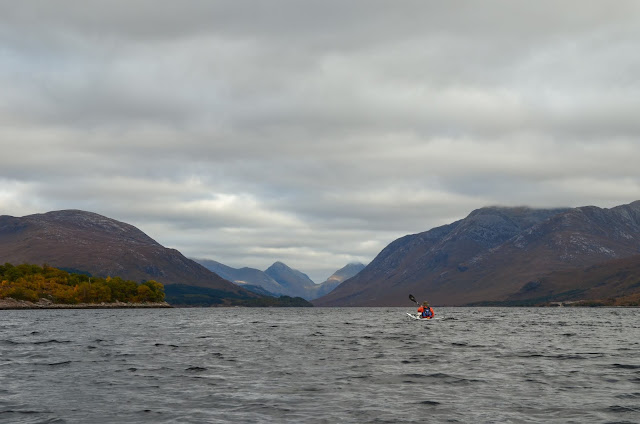 All too soon the cloud sheet drew right across the sky, and though the scenery ahead was getting more spectacular the absence of vivid colour took something away.  We certainly weren't complaining too much though, this is a great place to explore by sea kayak - and we had an unexpected treat ahead of us.
Posted by Ian Johnston at 19:53 No comments:

"At the going down of the sun, and in the morning, we will remember them"

Posted by Ian Johnston at 10:19 No comments: