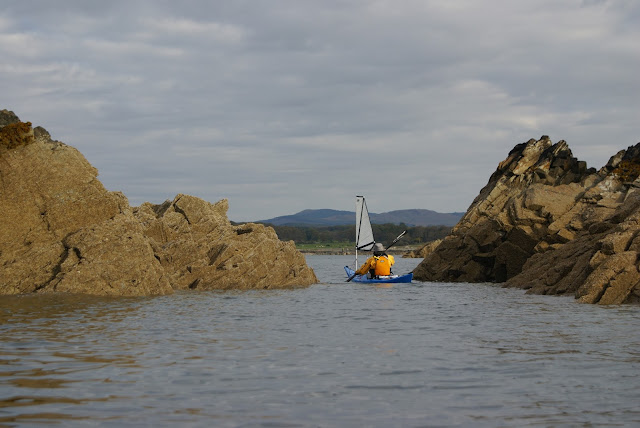 We were up and about early at our camp on the shore at Barlocco and enjoyed a spectacular sunrise. Breakfast taken, we dallied a little to allow the incoming tide to shorten the carry to the water, memories of the previous evening's mammoth portage only too fresh!

Back underway and we headed out around the outside of Barlocco Isle threading skerries and channels under sail, which was great fun. 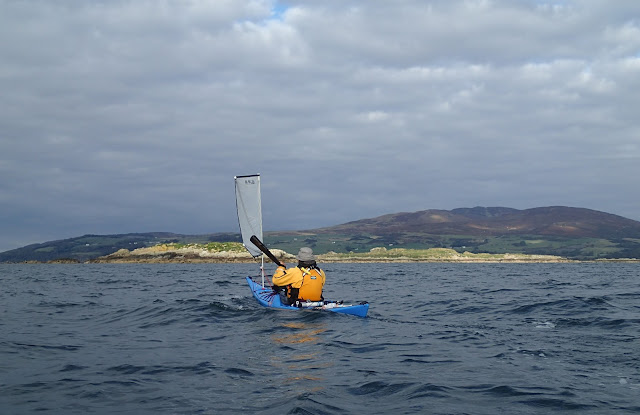 Once out on the open water we set a course for Murray's Isles, the smallest of the Islands of Fleet and consisting of two tidal islands joined together at low water. 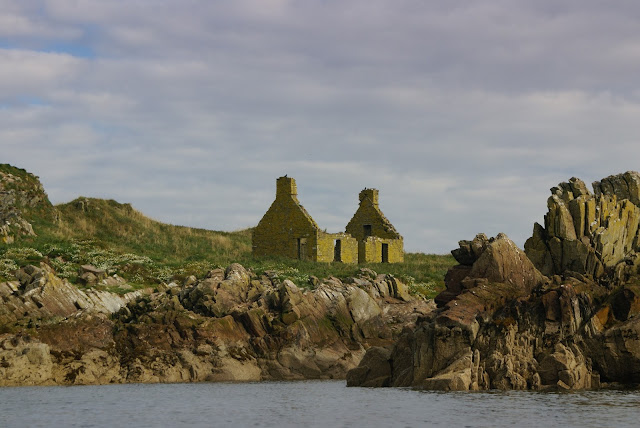 As we approached we could see the stark ruin of a house above the rocky shore.  In the summer this island is teeming breeding colony for seabirds and landing would create a good deal of disturbance, but at the time of our visit in mid October the birds were long gone and it was a quiet place.  Murray's Isles were gifted to the National Trust for Scotland in 1991 by Mrs Murray Usher OBE; we had our membership cards at the ready, but it's safe to say we didn't have to show them in order to gain access... 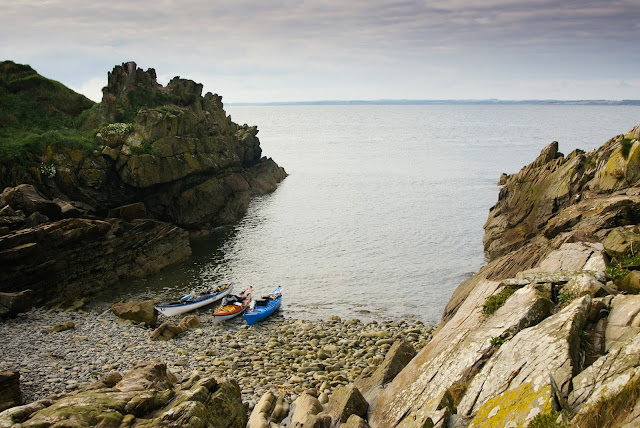 The only practical landing is a rocky inlet on the south west side of the island, open to the prevailing weather and sea. Once again we were lucky to have very calm conditions and landed with no difficulty. 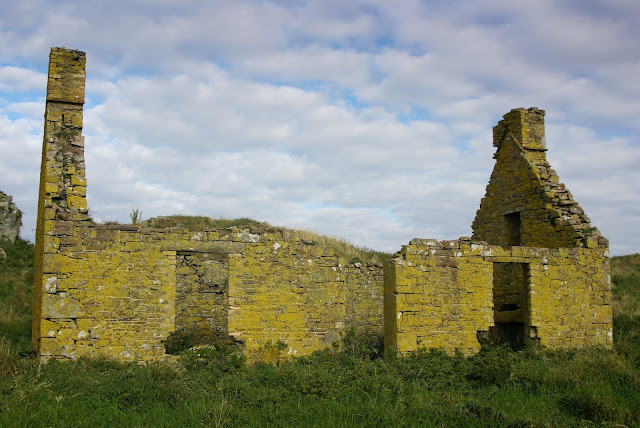 Approaching the ruin, we found the ground to be very tough going, generations of gull nests have created tussocky, overgrown underfoot conditions which require care.  The ruin itself is completely covered with a vibrant growth of yellow and green lichens.  The house was the Pilot station, a smuggler's residence and an inn - possibly these uses may have been simultaneous.... 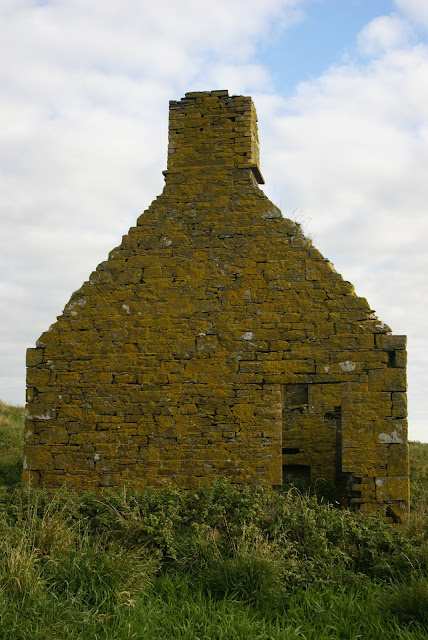 As is usual, the house was built with the gable end facing the prevailing weather, the concept of a nice view was always secondary to the practical aim of keeping the weather out.  What is unusual is that there is a window aperture set into the gable end, presumably so that the Pilot could watch for shipping requiring his services, the smuggler could watch out for vessels bringing contraband and the innkeeper could watch for potential customers...possibly all three at the same time. 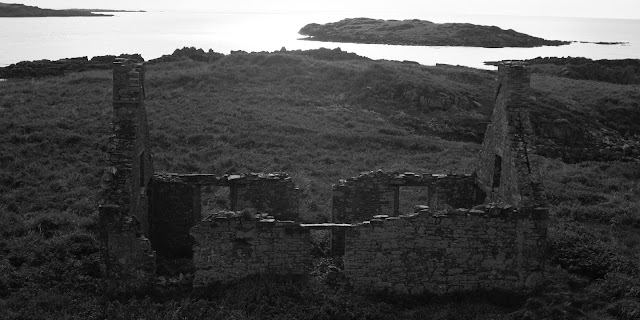 What stories these stones must be able to tell! 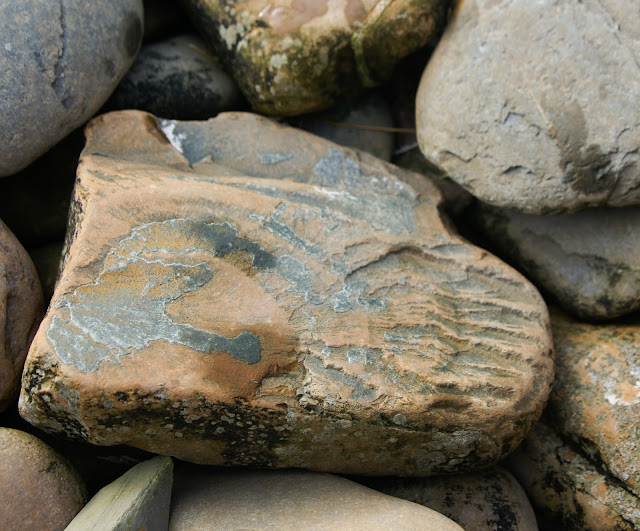 Down on the cobble beach we found a stone with a much older story to tell.  The fossils most associated with the Solway Firth are those of Graptolites, small free-floating organisms, but in the Carboniferous rocks larger organisms are preserved as fossils.  This piece of sandstone which was some 20 centimetres long appears to contain a fan coral or weed, it was difficult to tell which and we're no experts.  The imprint was quite obvious and the dark stone seems to be the fossilised remains.  There's a great little book and download produced by Scottish Natural Heritage and the British Geological Survey which tells the story of the geology of the southwest of Scotland.

We enjoyed second breakfast and coffee on the beach as the tide continued to rise, leaving just as our boats were beginning to lift in the gentle swell.
Posted by Ian Johnston at 19:33