Monument to an unknown craftsman 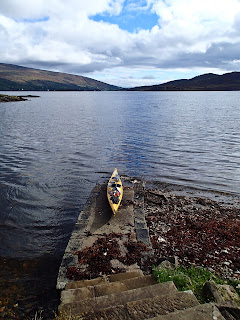 Just beyond Eilean Dubh there is a small stone jetty sloping down into the water. The construction is very robust and solid; it appears to have been associated with an estate "big house".  At high water it made a perfect landing place for a short break prior to crossing back over the Kyles to the Bute shore and then to Rhubodach. 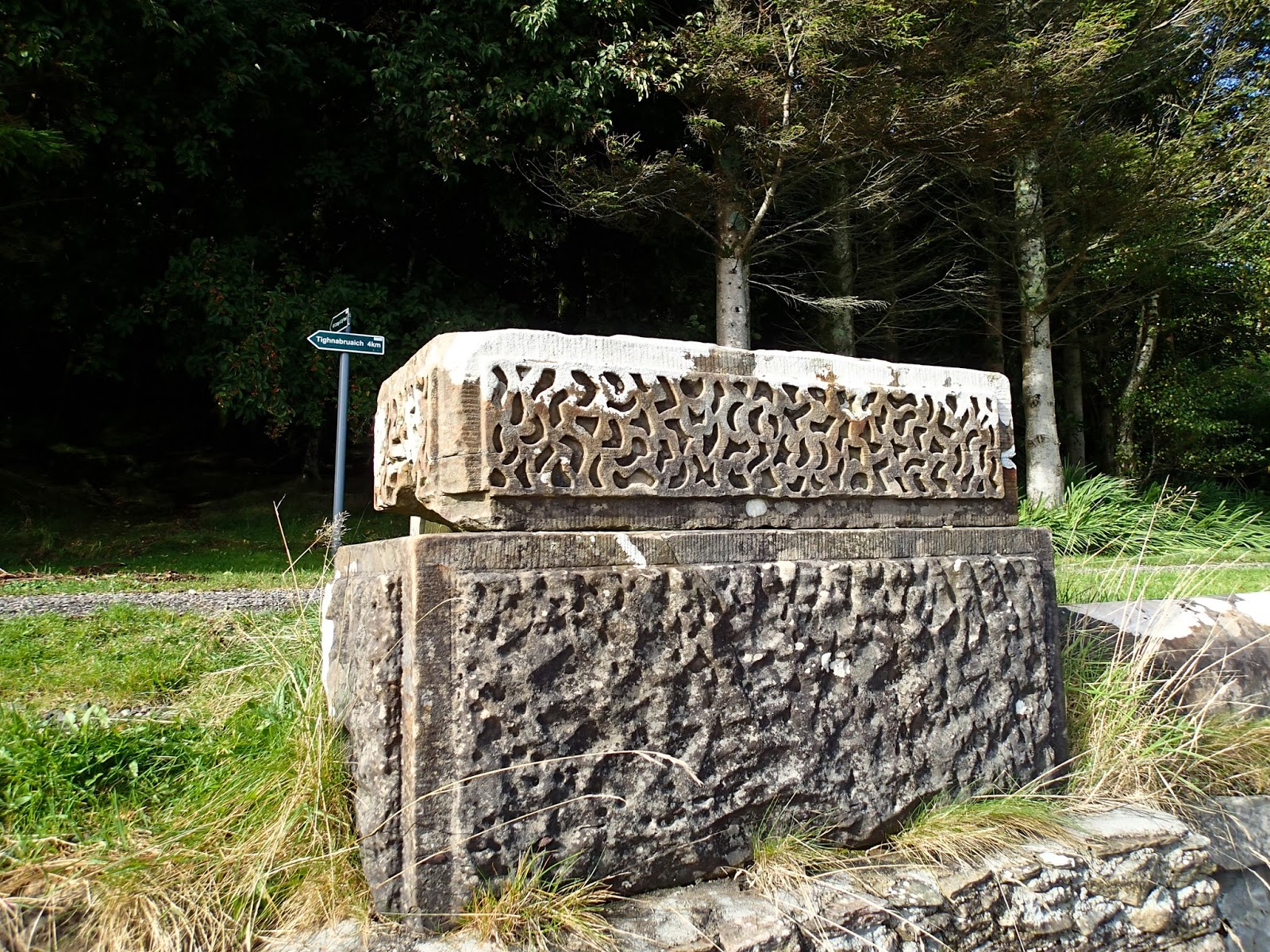 Above the jetty there's a road which has been levelled along the shore and is now in use as a footpath.  Perched next to the road are these beautifully crafted stone blocks.  The larger of the two must weigh well over a tonne and is worked with corners and edges carved back from rough featured faces.

But the smaller of the two blocks is a thing of real craftsmanship.  The faces of this stone have been incised with an intricate inlaid pattern which is both complex and graceful.  The individual inlays are still sharp and clear. 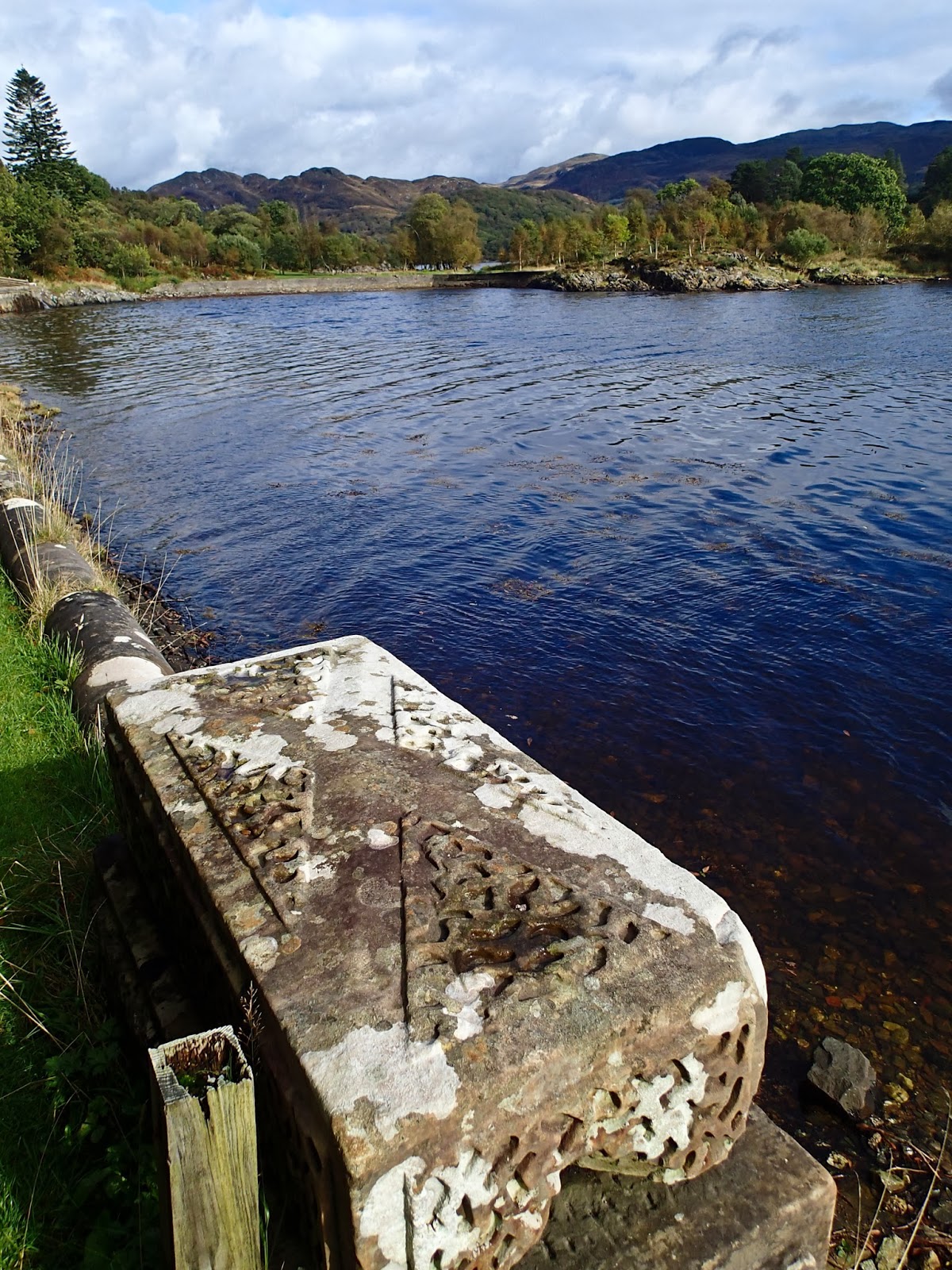 The upper face of the block is equally ornate.  A Scottish saltire is etched across the length of the stone, while the pattern of the vertical faces is repeated to accentuate the saltire.

The craftsmanship on display here is striking and despite the lichens which are slowly colonising the surface the whole is quite beautiful.  Who made this I wonder?  It was presumably a piece commissioned by an estate landowner and meant to demonstrate wealth and status.  Well, it does that, but much more tellingly it demonstrates the skill and artistry of an unknown stonemason.  It has outlived the landowner and the time of the great estates but the skill in the making of this stone lives on
Posted by Ian Johnston at 01:01 4 comments: