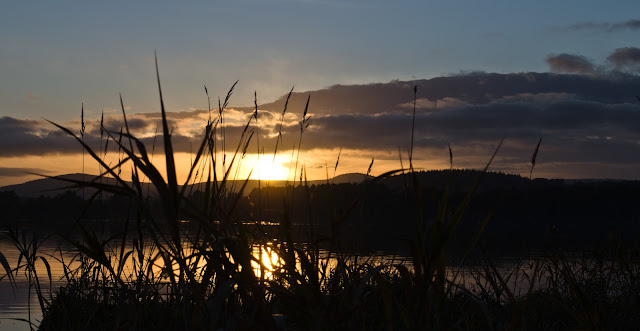 Winter is coming.  We've already had a blast of snowy weather and the last week has seen bright, cold days with penetrating frosts at night.  Some of the shallower lochs have already gathered a skin of ice.

Driving out of Aberdeen towards home, we passed the Loch of Skene just as the sun was setting.  We stopped to watch and were treated to the sound of hundreds of geese arriving to roost on and around the loch; it's a true sound of the wild and just a few miles from the centre of a busy city.

Winter sunsets are often the best, the air clear and sharp.  Before we arrived home the temperature had dropped to -5 Celcius.  Winter is most certainly coming.
Posted by Ian Johnston at 21:59 2 comments: 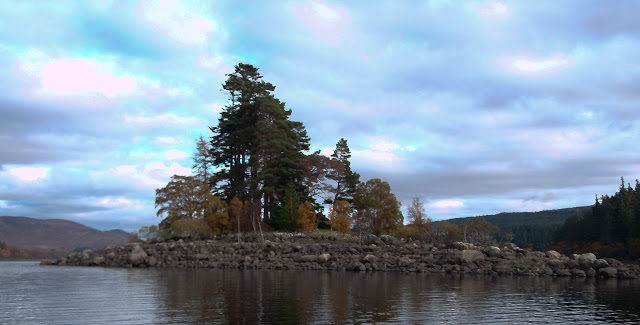 Continuing my paddle north east along Loch Laggan I came to the only proper island in the loch which is near the middle section. It appears to be a piece of ice-smoothed bedrock topped by moraine boulders and is marked on the map as having the remains of an "island dwelling". Quite often such islands have traces of Crannogs but this is the ruin of a large stone building known as King Fergus' Hunting Lodge and it has a fascinating history.  The small island on which is stands is called Eilean an Righ (King's island) and it seems that the ruins are built on top of a still earlier structure. Various artefacts from dug-out canoes to the remains of a clinker-built boat have been found in the loch.  It was really intruiging to think that folk were paddling this same loch thousands of years before me. 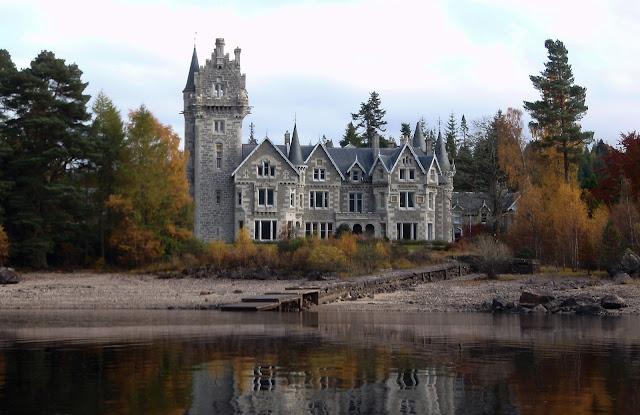 A little farther along and set in woodland on the north shore of the loch is the somewhat grander Ardverikie House, built in the Scottish baronial style in 1870. The house and estate became well known recently as the fictitious "Glenbogle" for the TV series "Monarch of the Glen" and also as the location for much of the  film "Mrs Brown". 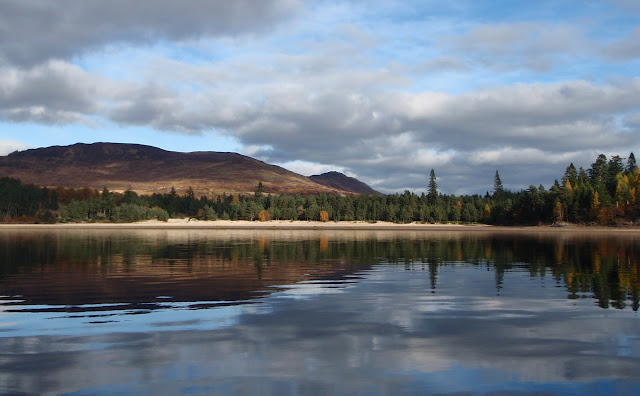 The wind had by now died completely and patches of warm autumn sun lit up the sandy beach at the head of the loch where I landed for second luncheon. 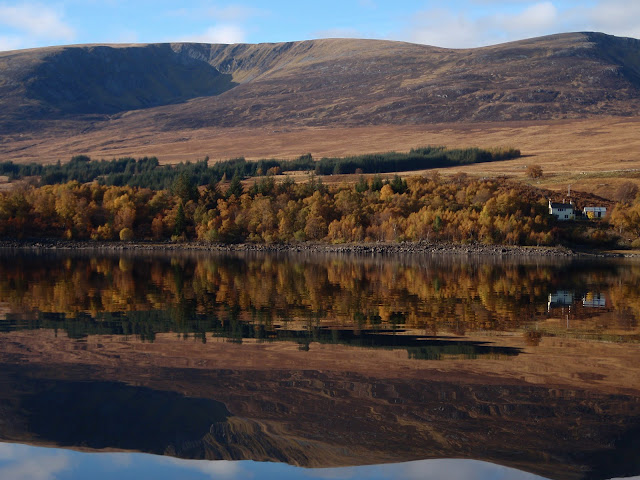 On my way back towards Aberarder the hillside and woods were reflected perfectly in the mirror of the loch.

I arrived back at Aberader as the sun was getting low in the late afternoon.  Paddling on a fresh water loch is just, well, different than paddling on the sea, or even on a sea-loch.  On the minus side there's none of the energy of the littoral zone and a lot less wildlife in the cold, peaty loch.

On the plus side, the woodland along the shore was stunning in the autumnal sunshine, and when I arrived home a few hours later, well after dark and with temperatures well below freezing, there was no need to "dook" my kit in fresh water to rinse out the salt.  Now that is a bit of a bonus!
Posted by Ian Johnston at 10:06 3 comments: