Between gales - a December day on the Moray Firth 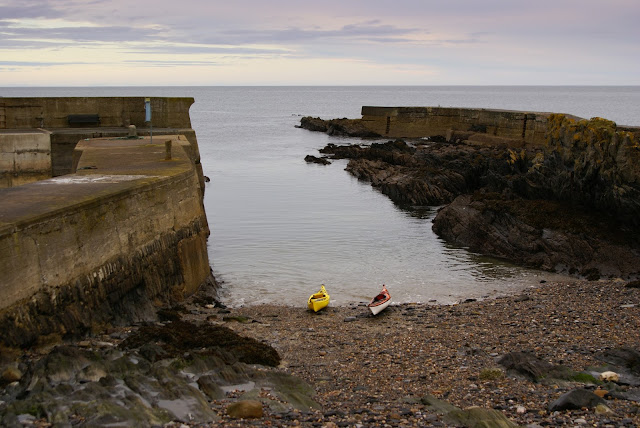 November 2015 was so windy and unsettled that it offered very few opportunities for sea kayaking in Scotland.  There were just two days when the wind dropped below F5-6 and on both of those there was a blanket of snow with freezing temperatures across the north of the country making travel chancy.  The west coast was lashed with gale after gale and deluged with rain through the whole month.

So although there had been good days for hillwalking (which will feature in forthcoming posts), an entire month went by without getting out on the water.  Then, at last, in the first few days of December it seemed that there would be a couple of days of calm between Atlantic weather systems.  On the first of these days the swell was still considerable though the wind was light, the second day offered a good chance before the arrival of more bad weather.  We originally planned to paddle a section of the Angus coast from Auchmithie, but as Douglas and Mike couldn't make it up from the southwest Allan and I decided to paddle the Moray Firth coast instead as it was closer to home.

We met up at Sandend on a morning which was grey, chilly but relatively calm.  As the wind was forecast to be from the south we hoped to have some shelter along the north-facing coast.

As we headed out across Sandend Bay our eyes were drawn northeast across the Moray Firth to the Caithness Hills and in particular to Morven which was distorted by an unusually pronounced refractive effect and doin a very passable impression of Ailsa Craig! 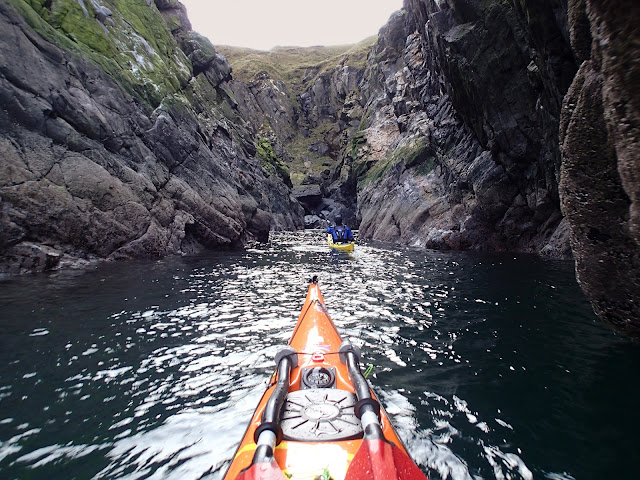 We were delighted to find that the conditions were calm enough to get close in and paddle some of the channels and rock architecture which is such a feature of this part of the coast....... 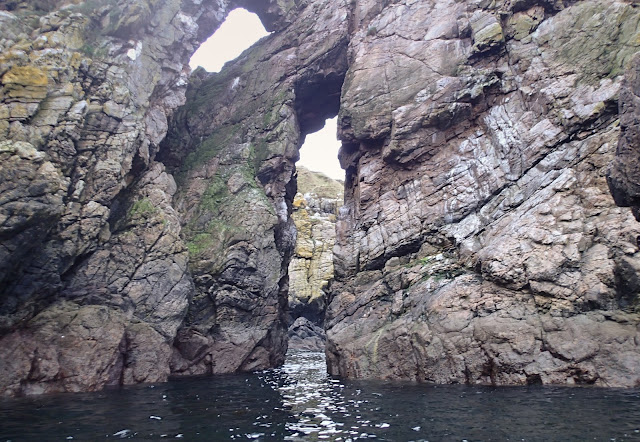 ...even though I paddle this route very regularly I always have difficulty locating this particular arch precisely amongst the complex maze of cliffs and channels at the west side of Portsoy Bay...... 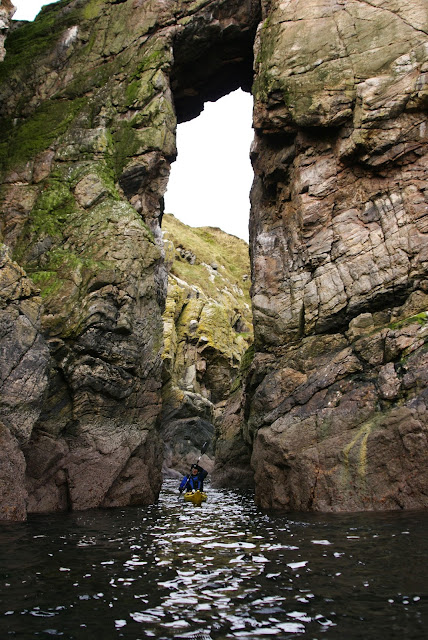 The arch is a great feature to paddle and is accessible at most states of the tide - though it's a very different proposition in any kind of northerly swell.

We continued on past the harbour at Portsoy with the intention of taking luncheon on a sandy beach in Strathmarchin Bay. 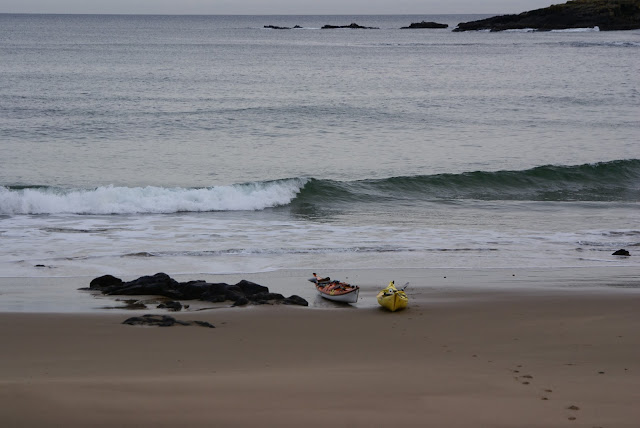 The run-in to this beach in a bit of swell needs care as there are some submerged boulders right on the straightest line.  I avoided the rocks but managed to get a soaking in the surf as I got out of the boat - Allan landed with much more style and much less of a dousing.

Luncheon was taken sitting on a convenient baulk of timber which has been positioned as a bench above the top of the beach.  As we drank coffee and chatted we watched the sets of swells arriving on the beach with interest...we were clearly going to enjoy a sporting departure!
Posted by Ian Johnston at 21:48