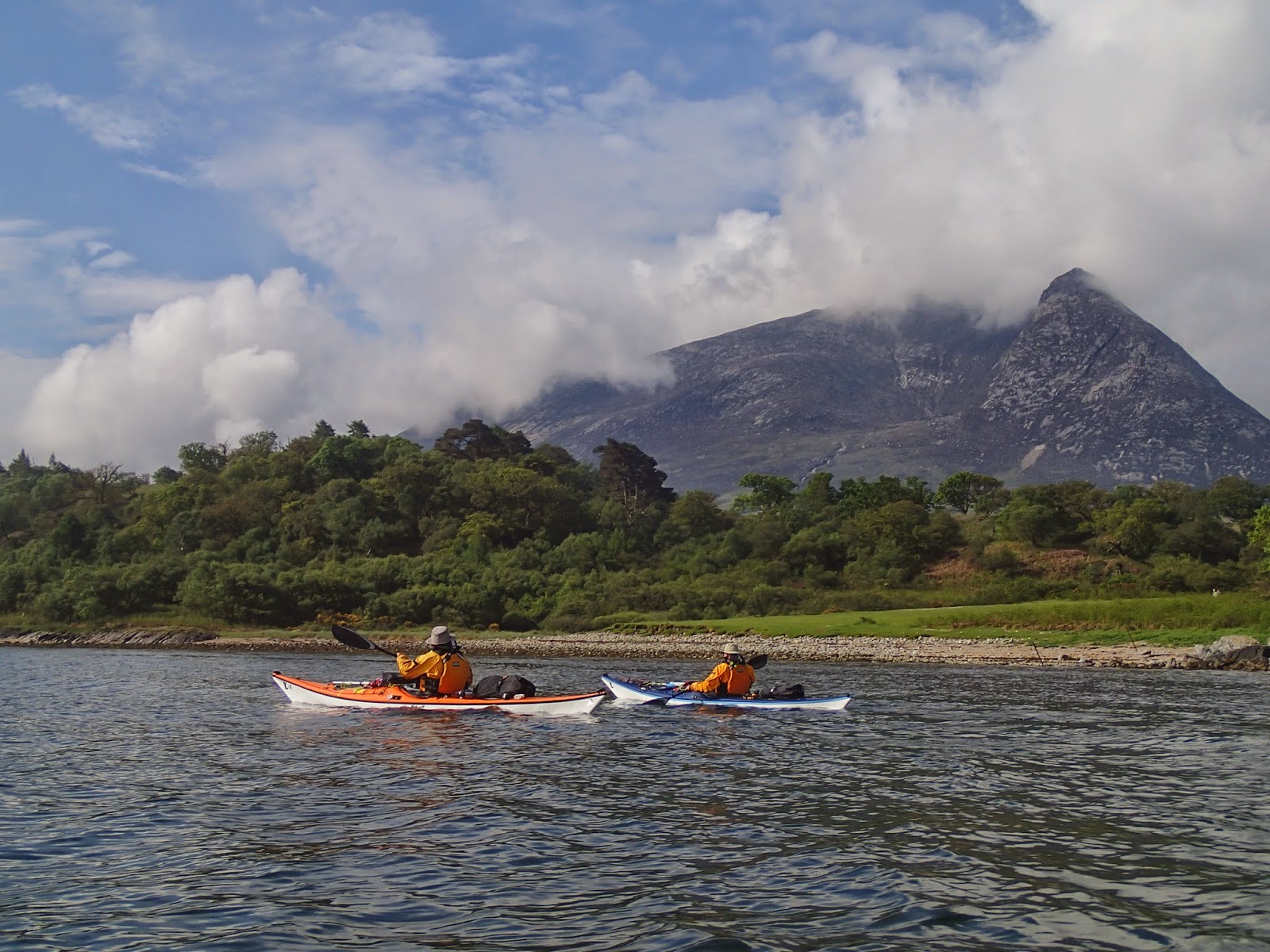 The view approaching North Sannox is, provided it can be seen through mist or low cloud, breathtaking.  The effect can be sudden as the headland to the north is rounded, or more gradual when approaching from the east across the Sound of Bute.  Here the Arran hills come close to the shore  arranged around Glen Sannox and are seen to best advantage from just offshore. 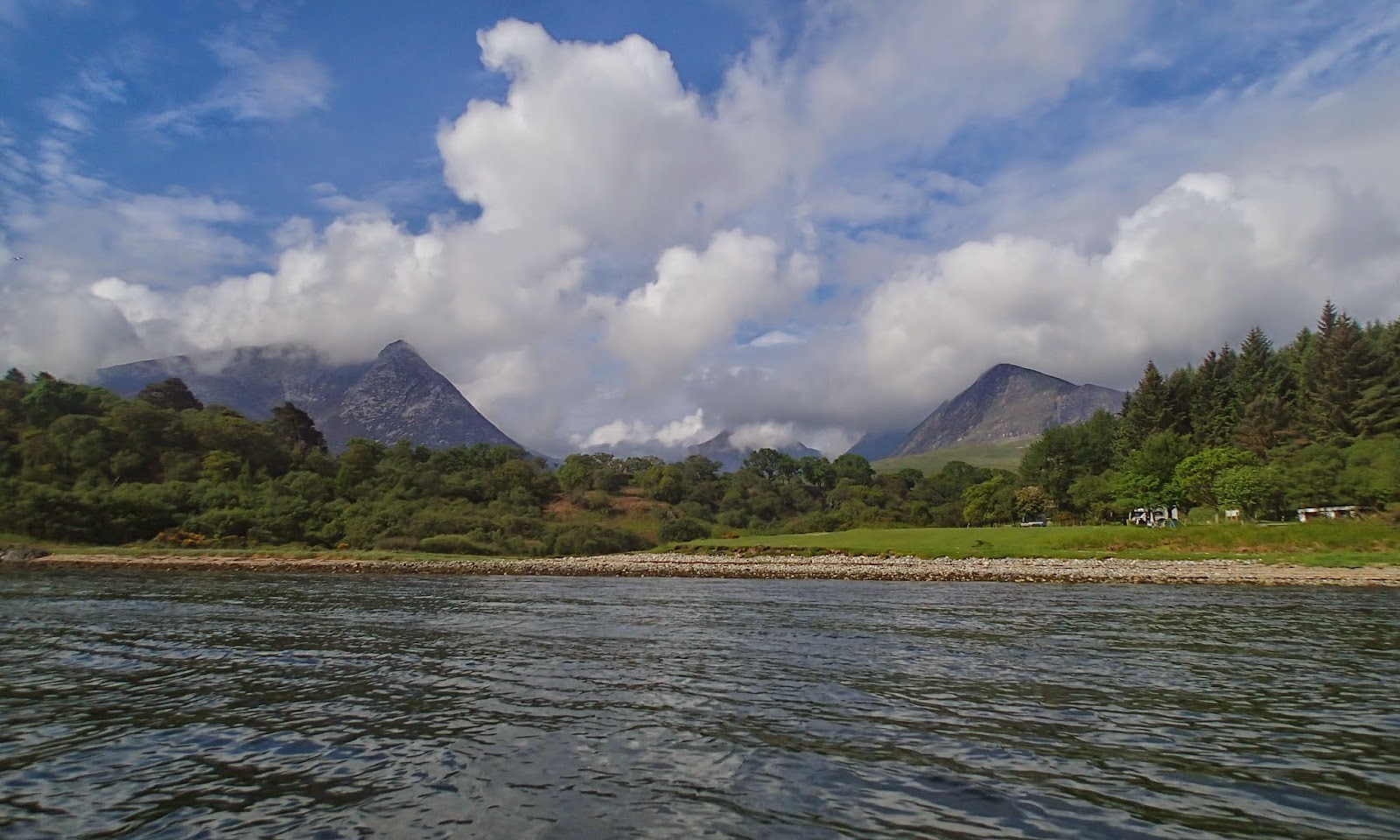 The early morning cloud was boiling off the hills as we approached, making the view even better.  The names of these fine granite mountains are as striking as their forms: Ceum na Cailleach (witch's step), Casteal Abhail (stronghold of the Ptarmaigan), Cioch na-h Oighe (the maiden's breast) and, highest of all, Goatfell (possibly a Norse-Gaelic compound - Gaoith Fjell - hill of the wind).

Here is yet another layer of Arran''s amazing geology, the hills are a part of a huge Tertiary granite mass intruded into the Devonian sandstones.  For the hillwalker and mountaineer these hills give superb days out on dramatic mountains and yet are of quite modest technical difficulty. 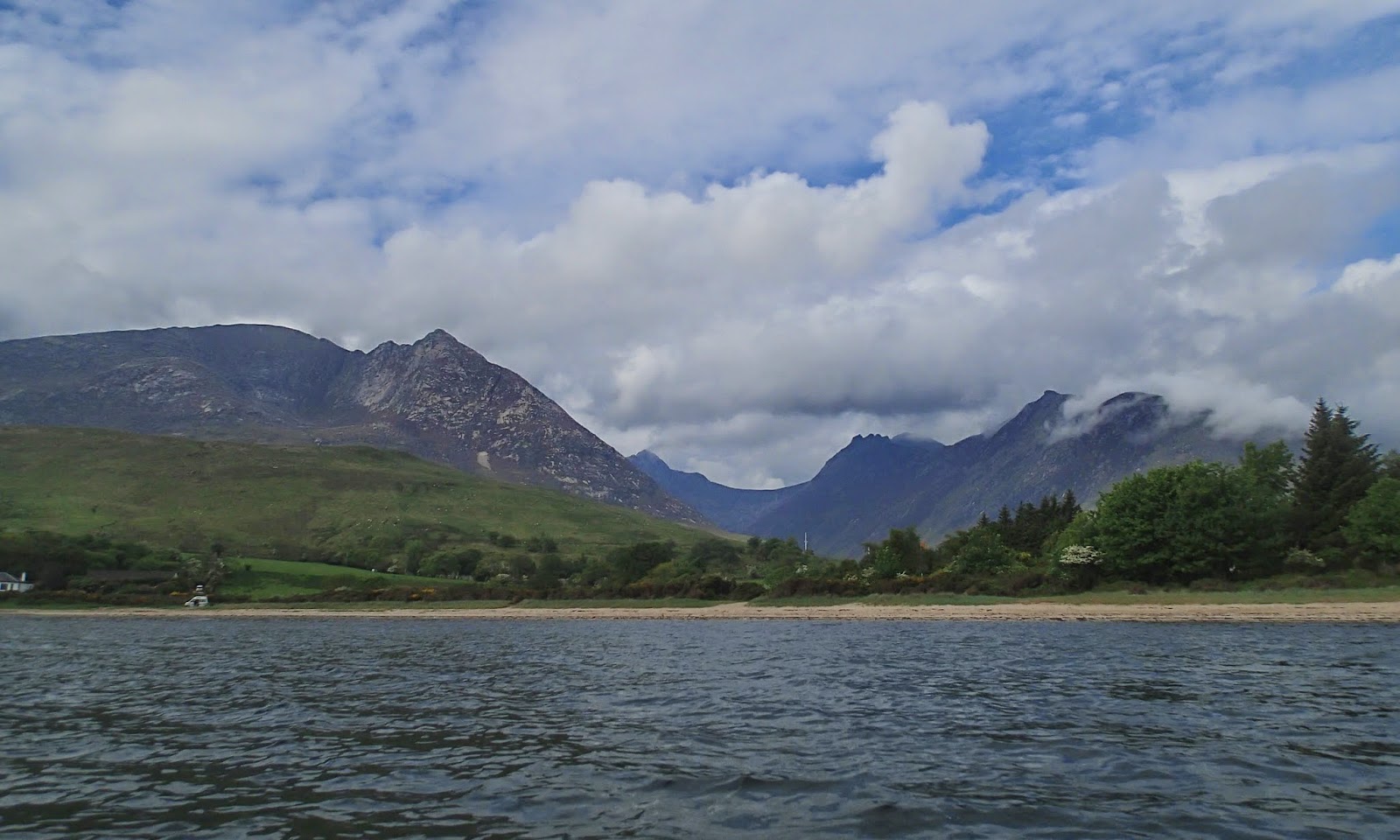 We passed by North Sannox as the grassy area by the car park was quite busy with motorhomes and camper vans (though it's worth knowing that there are toilets here and informal camping is permitted).  A short distance south is Sannox Bay itself where we stopped and enjoyed second breakfast in the warm sunshine.  I changed from my drysuit into a lighter two piece set-up here; there was now enough space in the boat to stow the drysuit as the food had gradually been consumed!

It was still quite early in the morning when we left Sannox for the final leg of our journey around Arran.  We had no need to hurry for a particular ferry sailing so now our pace definitely hovered towards the lower end of "leisurely"......
Posted by Ian Johnston at 09:34