The minor road running south from Kingarth on the island of Bute is today a quiet and relatively unfrequented stretch of tarmac. It wasn't always quiet though,  this road runs along a ribbon of early history.

From near the cemetry at the road junction the view takes in lush and fertile farmland, beyond is the Sound of Bute and the distinctive Arran skyline. The land here is particularly good, one of the fields is so flat and well grassed that it's in service as the island's airstrip.

The prominent outcrop is Dunstrone (fort on the nose), the first objective for my walk but not the first early site on this route.

Just out of this image is a row of standing stones, a very visible marker placed by the folk who once called this place home.  Nearby and half-hidden in a wood is the remains of another neolithic monument; the Blackpark Standing Stones. 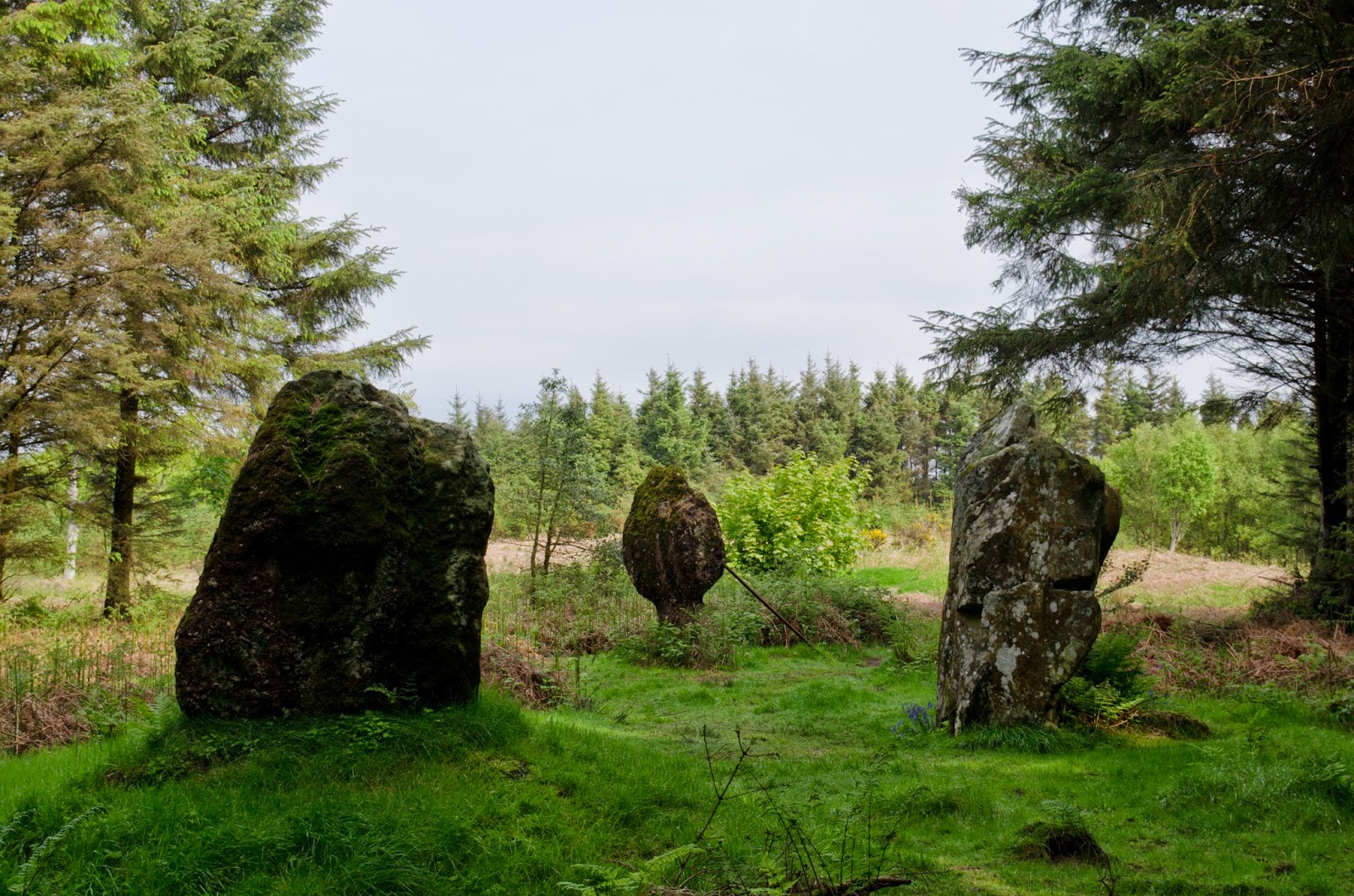 Only three stones remain of an original group of seven; the setting was a neat circle.  The builders chose large stones; those that remain are over two metres high above ground level.  When constructed the monument would have been visible from quite a distance. 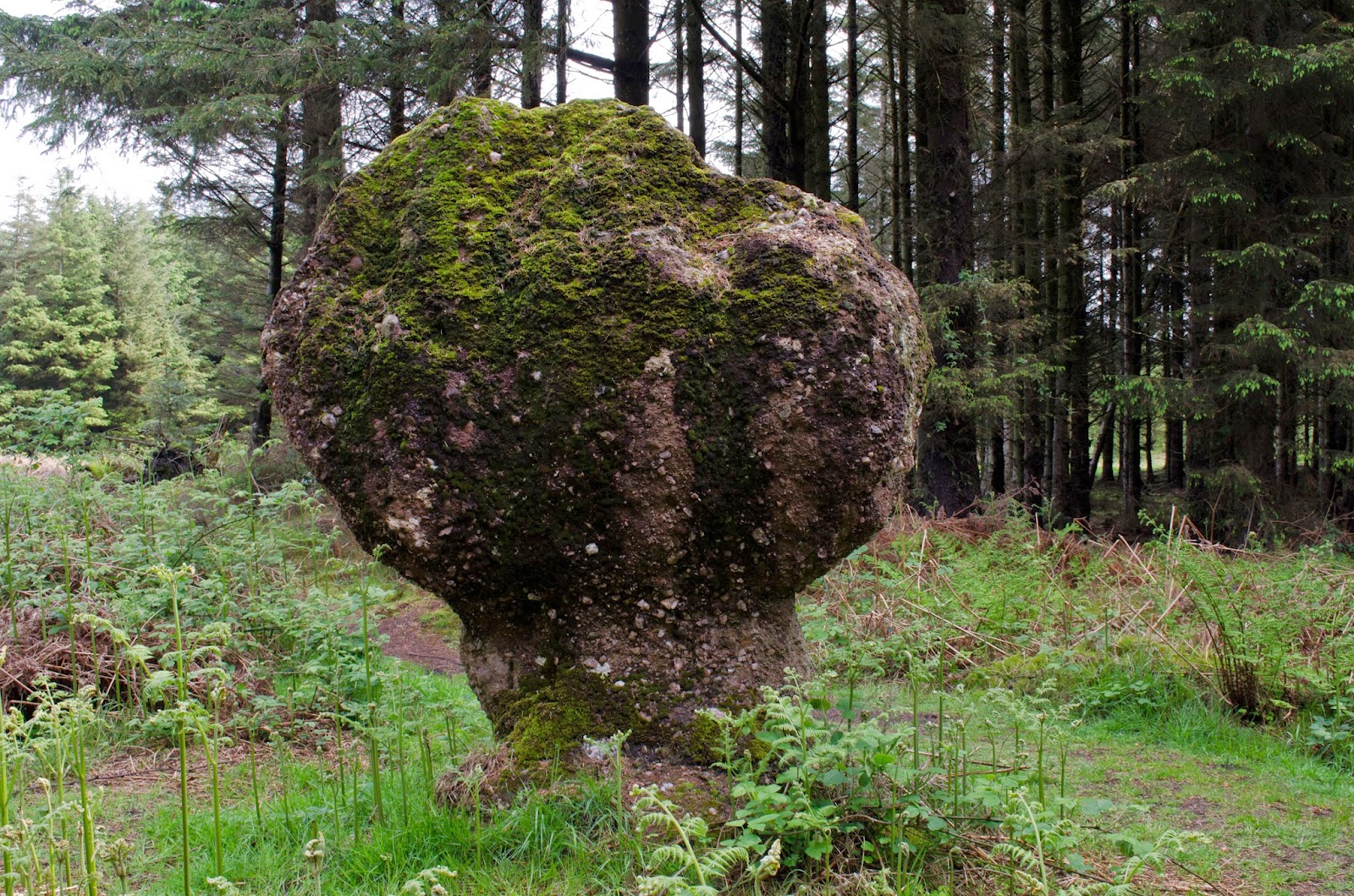 Unusually, two of the stones are conglomerate rock.  This is a soft type of rock and has suffered considerable weathering, it's possible that the unusual shape of the base is the result of animals rubbing themselves against the stones over the millenia.  The original seven stones were present in the 18th century and those which remain have required stabilisation to retain the integrity of the site.  The largest stone is a schist monolith, almost split by frost action.  Occasionally one can spot coins inserted into the cracks in the rock, probably left as an offering.

Heading down the side of the airfield and past the end of a small golf course I arrived on the shore.  The going here can be quite marshy so I made my way along at about the high water mark. 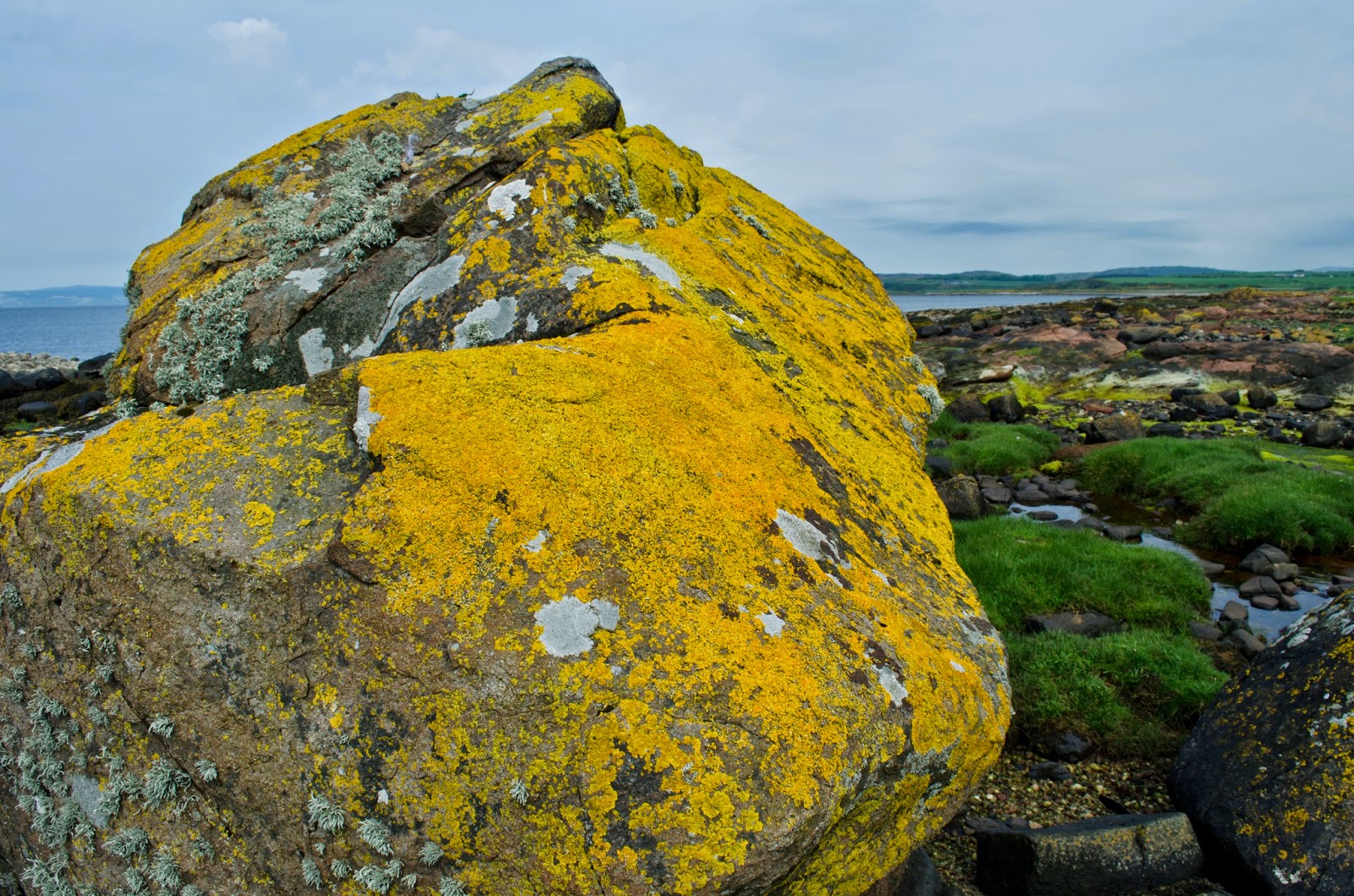 The lichens on this rock were visble from over a kilometre away, a really vivid yellow which was almost flourescent.

There are few obvious remains of the hillfort at Dunstrone but the short clamber up brings its reward in a super view.  Northwards lie Scalspsie Bay and St Ninians Bay, both of which are also rich in historical sites....... 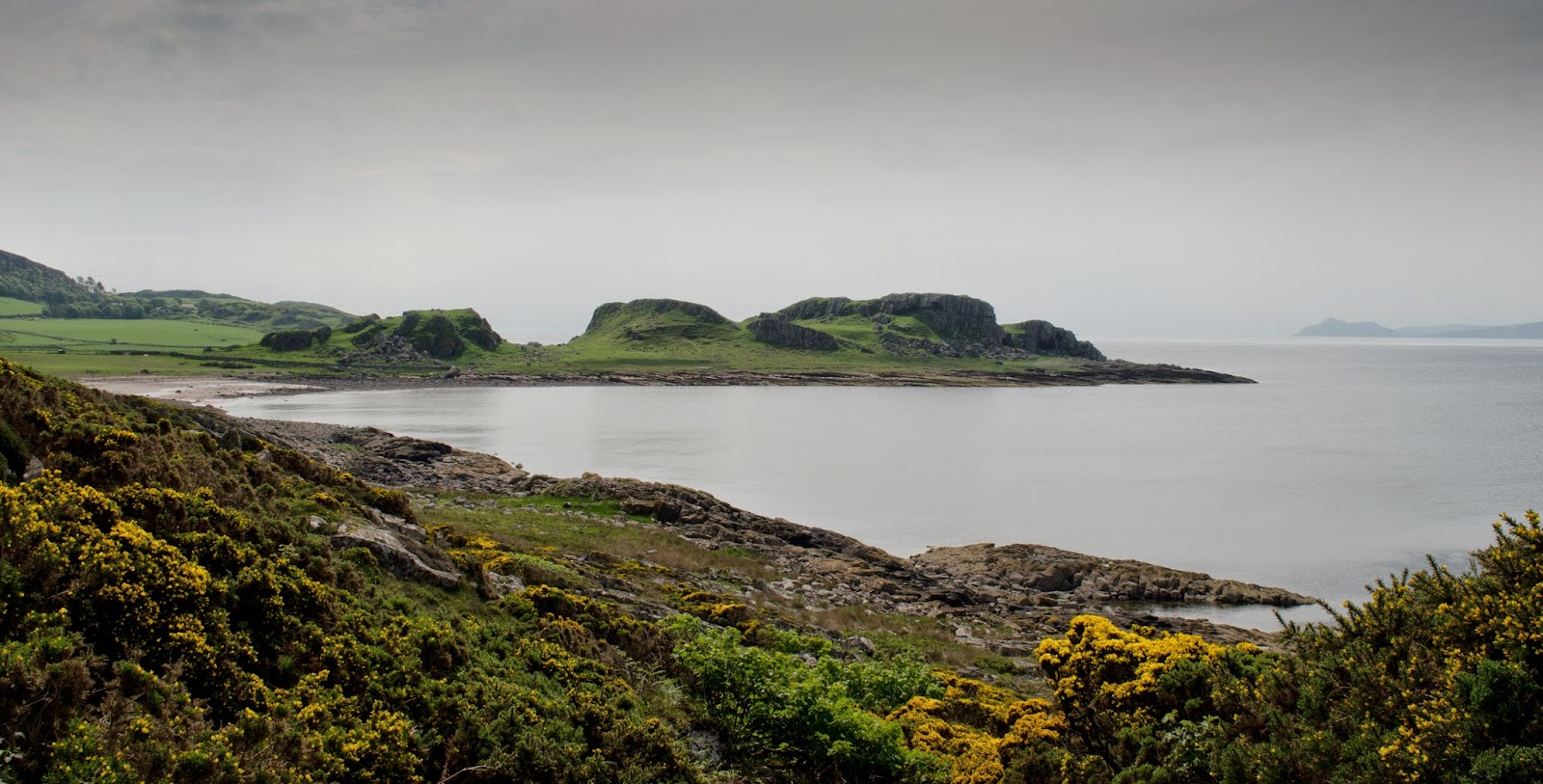 ...while to the south is the distinctive outcrop of Dunagoil, site of a large hillfort and my next destination along this ribbon of history.  The conical island in the far distance is Holy Island where we'd recently enjoyed a fine wild camp.
Posted by Ian Johnston at 18:09