An Arran Amble - against the wind 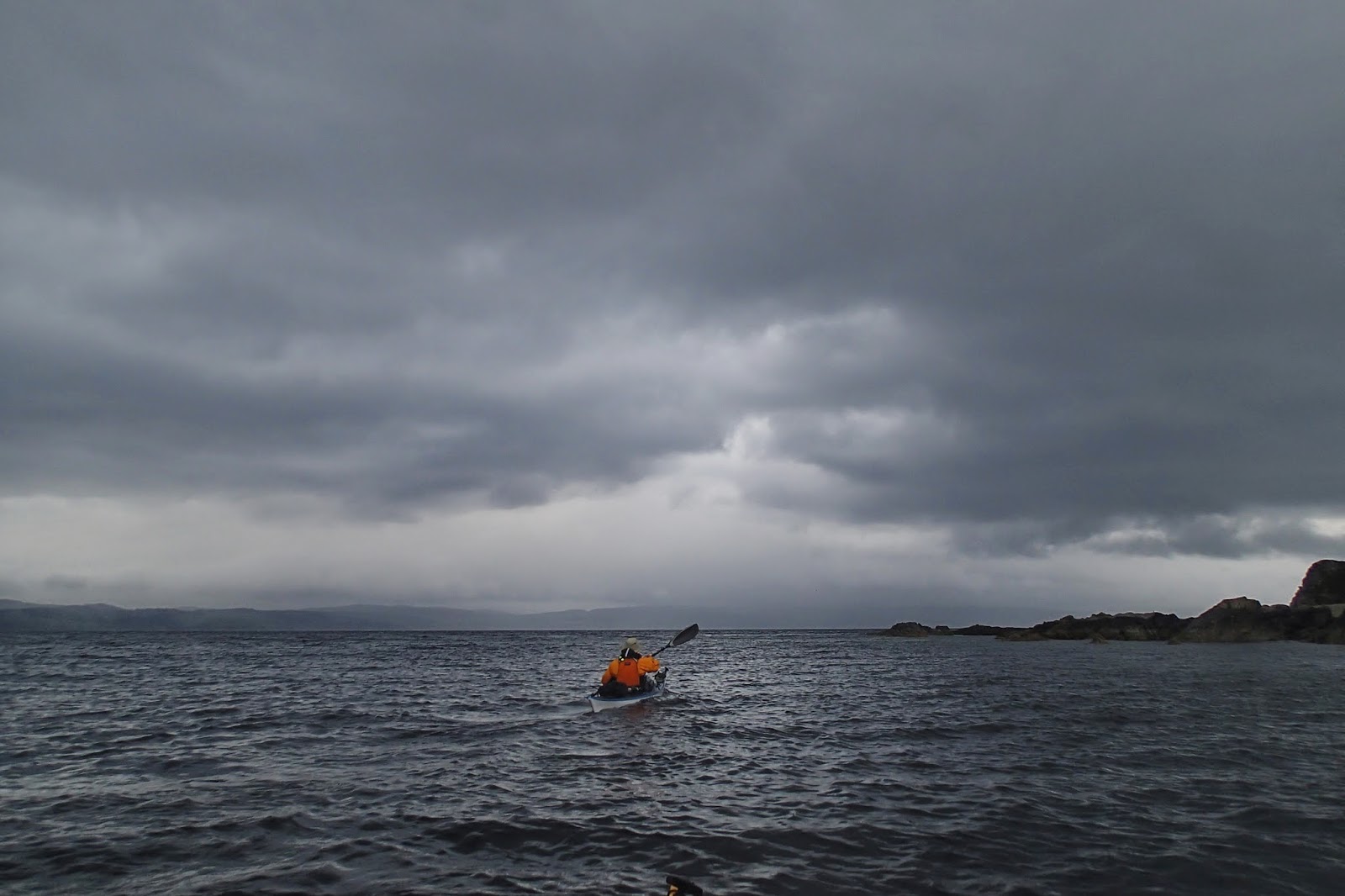 We slept well, our camp site was neatly sheltered from the wind.  I was aware of squalls passing through overnight and the first glance out of the tent confirmed that the morning would be quite a contrast to the calm and clear evening.  Although the weather was grey and frankly unpromising we were on the water by a little after 7 am.  Right from the start we paddled against a stiff headwind with only minimal shelter from the Arran shore. 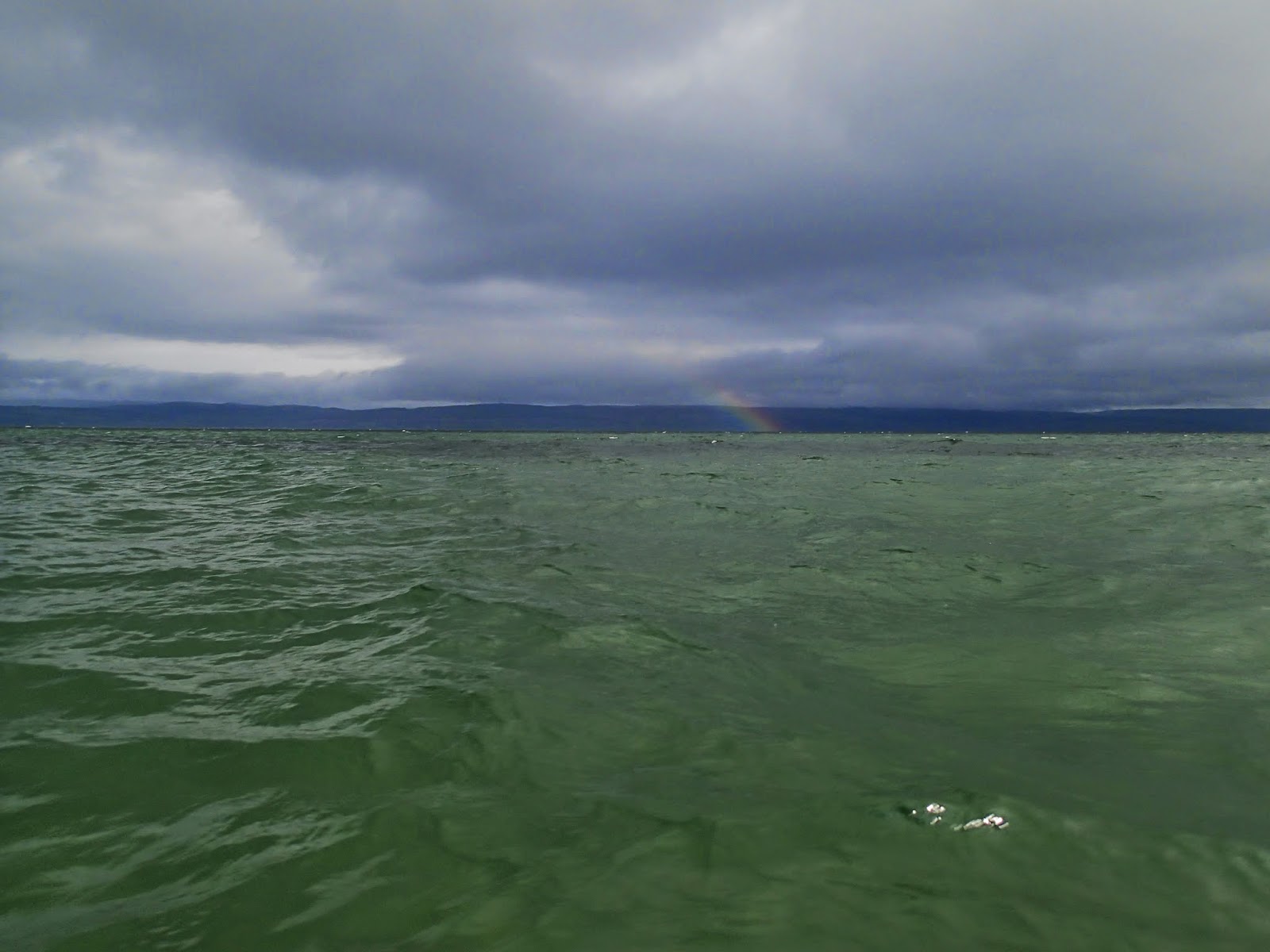 As the morning progressed the cloud lifted somewhat and although it was still windy there was colour and interest in the view. 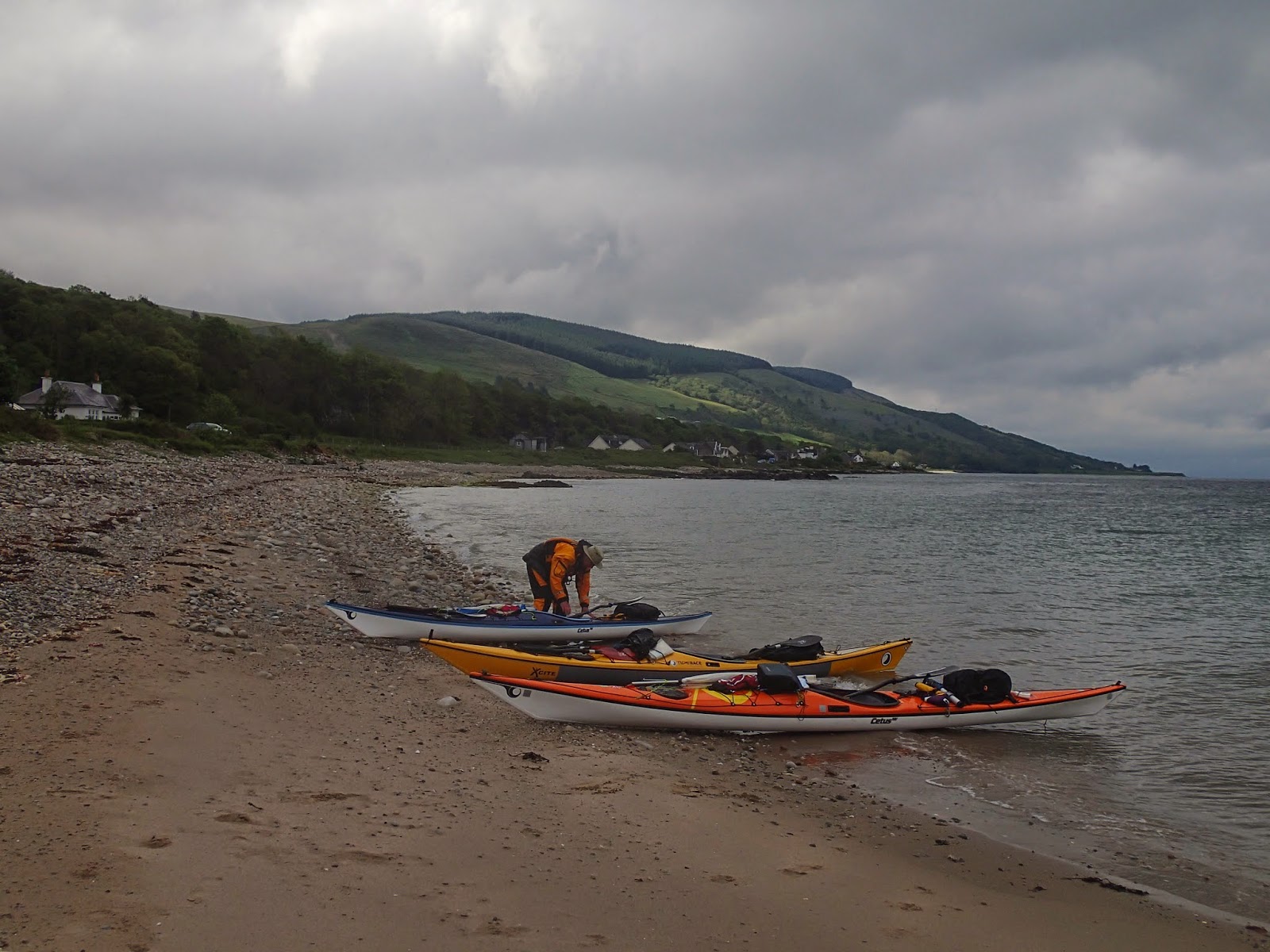 We took a break at Pirnmill, mainly to stretch our legs as the next section of the paddle would offer few opportunities to land.  On a personal level, this section from Whitefarland Point up to Catacol was the least engaging of the entire trip.  The road is close to the shore for the entire way and the views seem to recede somewhat.  Paddling against the wind was undoubtedly an additional factor but I did find the morning a bit of a grind.

We were aware that the wind out in the Kilbrannan Sound seemed to be easing and as we passed Thundergay there was a final gust and the wind fell almost completely still.  We were grateful for the relief from what had been a fair effort and made good progress up towards Catacol.  The breeze got back up briefly and strongly as we rounded the corner into Catacol Bay, then died again as we arrived on the shore near the outflow of the burn for a rest stop.  Amazingly, the sun came out just as we landed in a small lagoon - but so did the midges!  After a short stop with the blighters eating more than we did ourselves, we moved on..... 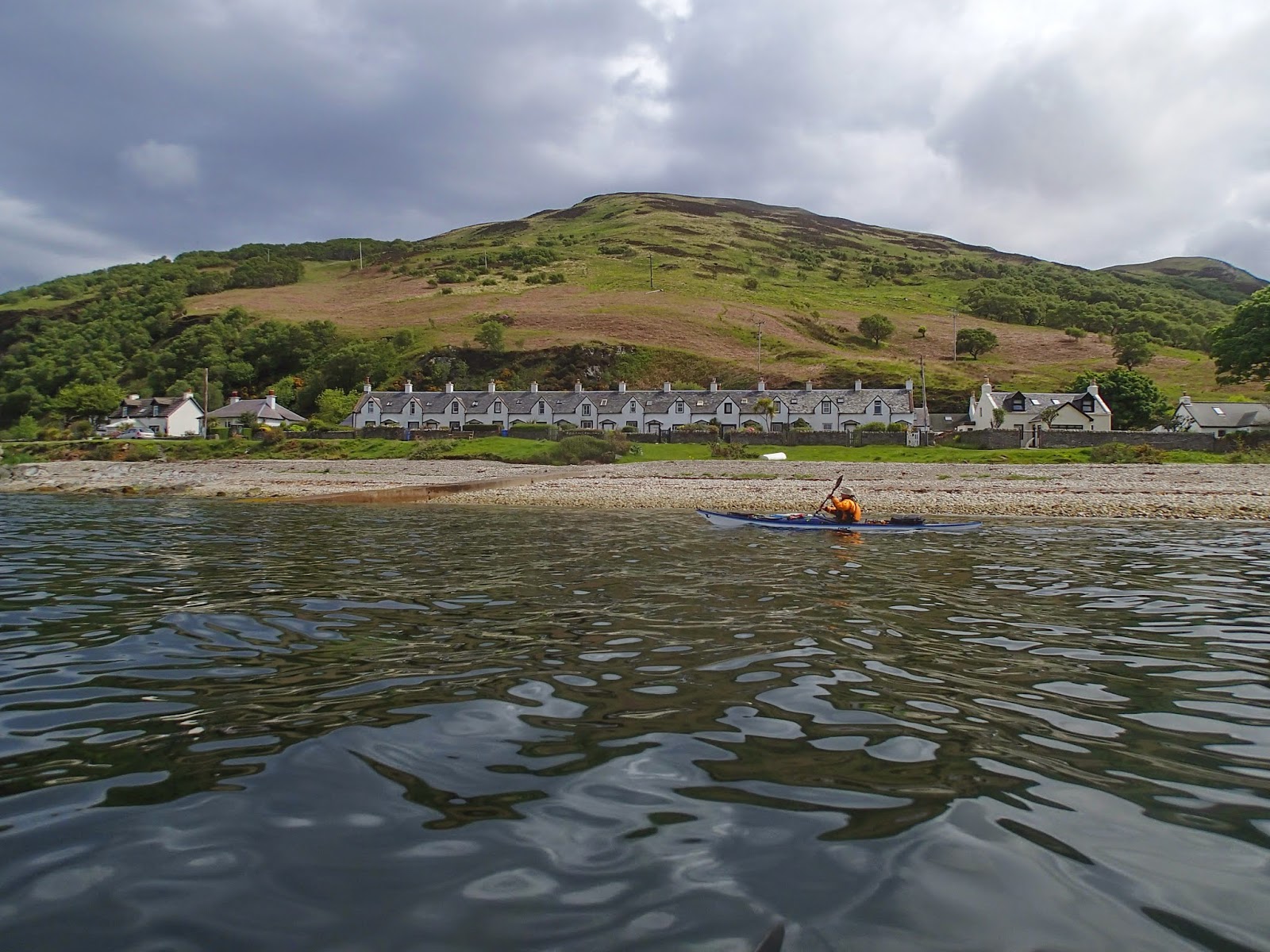 The main feature of Catacol (a Norse derived name meaning "valley of the cat") is a row of cottages known as " The Twelve Apostles".  Built between 1850 and 1860, they were intended to house folk cleared from inland crofts to make way for sheep.  There was considerable resistance to living in the row, possibly because the rents would have been comparable to the dispossessed croft ground and there was little land to cultivate nearby.  The cottages were known locally as "Hunger row" at this time.  A closer look reveals that although the cottages are very similar, each of the twelve upper windows is different.  A local story is that the folk who eventually lived here took to fishing the Kilbrannan Sound, and wives could light a lamp in the window when they wanted their menfolk to return - the men would be able to make out which house had the lamp lit from the window configuration.  Make of that what you will!........

Meantime, luncheon was calling to us with increasing insistence and we paddled into Loch Ranza as a shower of rain passed through.  It seemed no time at all since we'd last paddled into the loch following a magical crossing of the Kilbrannan Sound.  We pulled up the boats in front of the Lochranza Hotel and walked up, hoping for a bar meal.  The inside of the hotel is very nice and has soft upholstered seats - we were in drysuits!  We managed to extricate all but our lower legs and sat down to a rather excellent seafood lunch.

When we returned to the boats to get back on the water, we had to hurry back into our drysuits - the sky to the north east was an ominous purple-black and the temperature was markedly dropping.  Also dropping was the first of the rain as we headed back out of Loch Ranza......
Posted by Ian Johnston at 11:24