A rare day of calm conditions in the outer Moray Firth is not to be wasted.  A short drive from home is the small fishing village of Portnockie.  I launched from the inner harbour and paddled out into windy conditions, but with almost no swell (the main limiting factor in paddling these exposed rocky coasts). 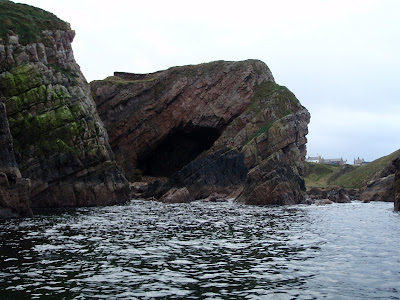 The rock features start immediately to the east of the village.  The sloping strata of the rock forms caves, stacks and arches all along this stretch. 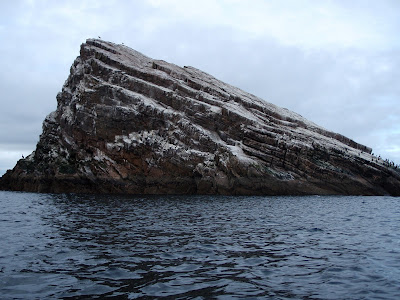 One feature of paddling the eastern side of Scotland is the amount of birdlife.  There are areas of high concentration on the West coast, but the numbers on the East coast are staggering in the summer when every ledge is crammed with seabirds; Fulmars, Shags, Cormorants, Kittiwakes, Guillemots and Razorbills are the most numerous here.  The combination of cliff nest-sites and shallow, productive seas brings hundreds of thousands of birds each Spring.

The cliffs are quieter in October, but there is still plenty of activity, noise and smell!  Many Cormorants are resident all year, together with their guano.... 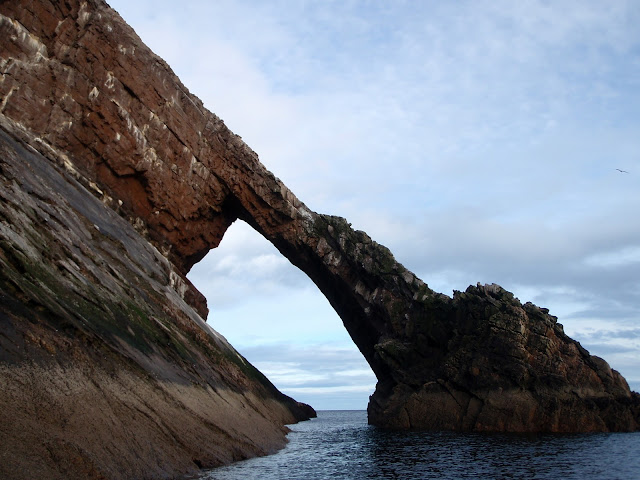 The feature for which Portnockie is best known is the Bow Fiddle Rock. A quartzite stack around 20 metres high with a graceful arch, it is said to resemble the Bow used to play a Fiddle.  The arch can be readily explored by kayak in calm conditions - but is a very different pospect in a heavy swell. 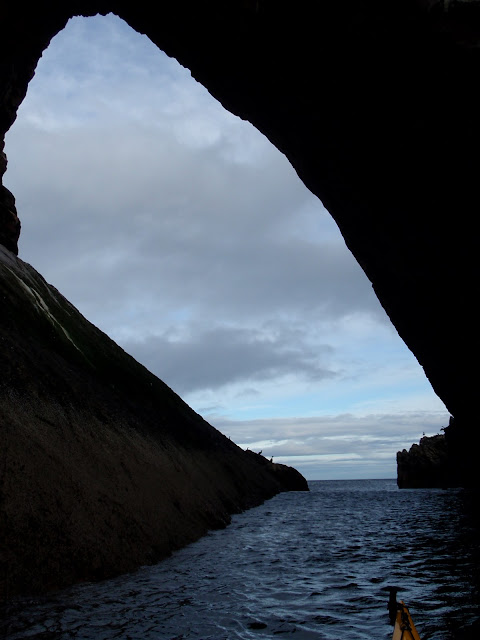 The width of the channel formed by the "bow" varies with the height of tide.  This picture was taken at low water neaps.  The channel was around 5 metres wide, and there is about 3 metres of depth to a sandy bottom which was glowing a luminous green in the shadow of the arch.
Posted by Ian Johnston at 21:35