It's been a weekend of pale beauty here in the northeast of Scotland.  Driving towards Banchory we were in atmospheric mist with shafts of sunlight streaming through the trees - and I hadn't brought a camera!  We stopped on the road which drops from Queen's View towards Coull where there's a wide sweep of the Dee valley below.  A photo on a mobile phone gives an impression of the almost ghostly quality of light.  Beyond the Dee the easternmost of the Munros, Mount Keen, was prominent as a dome of brilliant white against the pale blue of the winter sky. 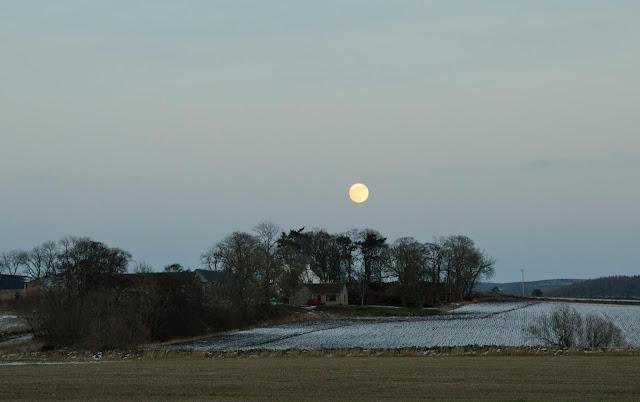 On Sunday evening I took a walk around the local area and was returning home as the moon rose above the farmland.  Initially a shade of golden yellow, it rapidly became a disc of pale beauty as it cleared the frost haze; the temperature plummeted below freezing and continued down to minus 6 Celsius.  This full moon was a bit of a special one too.... 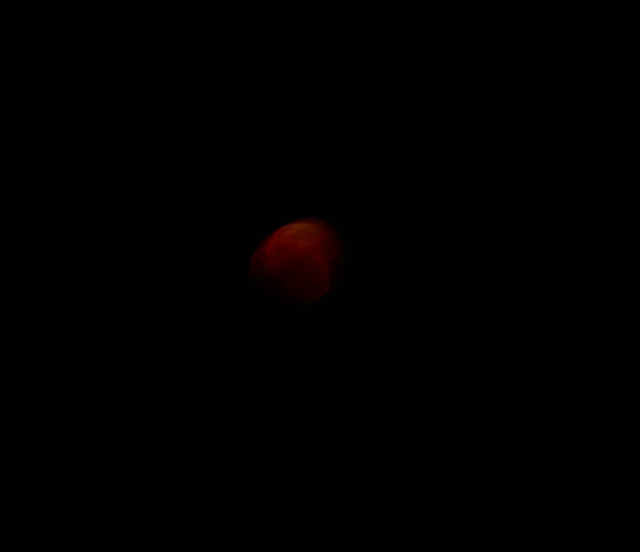 I was up and about before 5am in order to catch a flight for work - but also to try and catch something of the lunar eclipse which reached totality at 0512.  Given the catchy title of a "super blood wolf moon" because the moon was at perigee (closest to earth and so appearing 7% larger than normal), the blood term from the expected reddish colour and "wolf moon" is a name for a January full moon.

The eclipse was so total that the moon appeared for a while as a dark disc - and my camera simply wouldn't focus on it; the image is included here to show the extraordinary colour.  The difference between the conditions during this eclipse and the very special solstice lunar eclipse in December 2010 was amazing - the ambient light from the snow covered landscape on that occasion must have made quite a difference.

In any case, my images this time mostly showed nothing but a blur of reddish-brown at totality.  What I actually observed was a disc of deep brown with a reddish edge all round - it was incredibly beautiful. 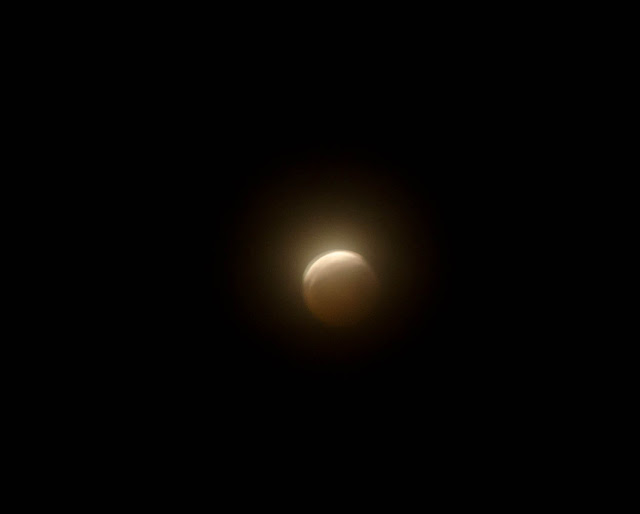 Gradually the terminator (I love some of the astronomical terms!) crept down and allowed pale light to flood around a portion of the moon, just as a haze of cloud arrived and softened the light.

A post of rather dodgy photos, but hopefully conveying something of the pale beauty of this winter weekend.
Posted by Ian Johnston at 22:04