A loch within a loch, an island within an island 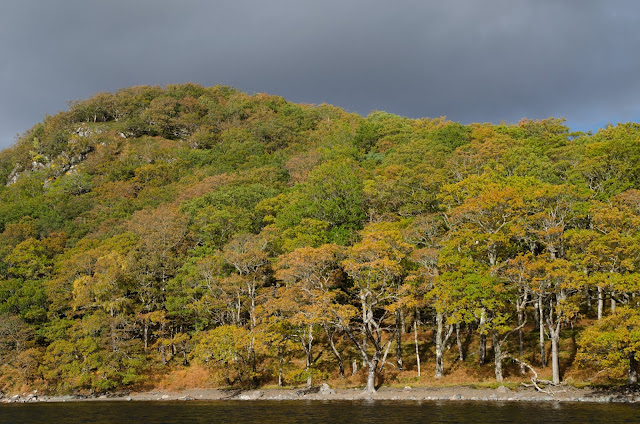 The combination of sunshine and cloud seemed to intensify the colours in the trees along the shore of Loch Maree as I paddled slowly back out to the islands. 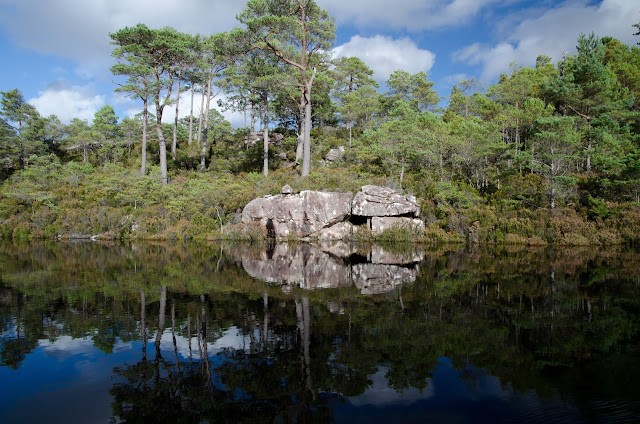 Between the islands there was no wind at all and the reflections were absolutely pin-sharp on the dark water of the loch. After paddling through a narrow gap between two small islands I aimed straight for the largest of the group to land and explore a little. 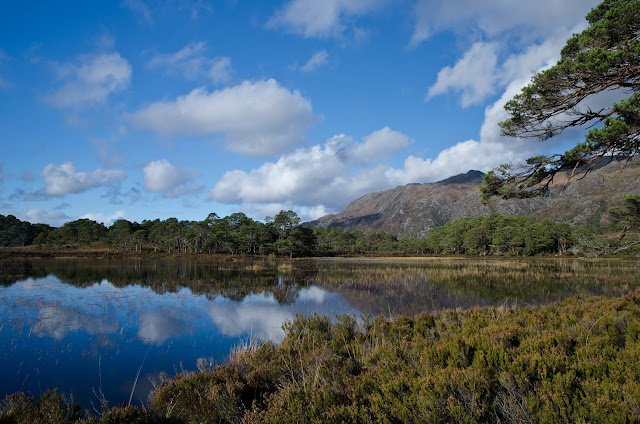 It took a while to get through the waist-height heather to find what I was looking for, a location which if not immediately spectacular is quite unusual.  On Eilean Subhainn there's a lochan with two tiny islands in it - difficult to see the one in this image.  What makes this an unusual place is that here on  a loch there's an island, which itself has a loch with an island in it!  I don't know of any other place in Scotland where this can be found.  Eilean Subhainn is the second largest freshwater loch island in Scotland, only Inchmurrin on Loch Lomond is bigger.  If you land and force through the heather to the lochan, check yourself for ticks afterward - even at this late stage of the season I picked up two tiny ones on my arm. 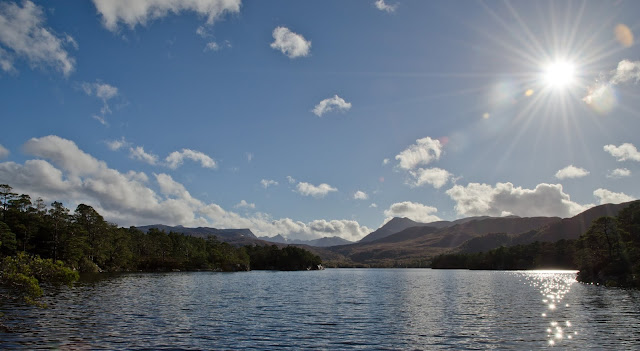 Back on the water and I wound my way through some more of the islands - you can easily spend a full day exploring here and not paddle the same bit of water twice. 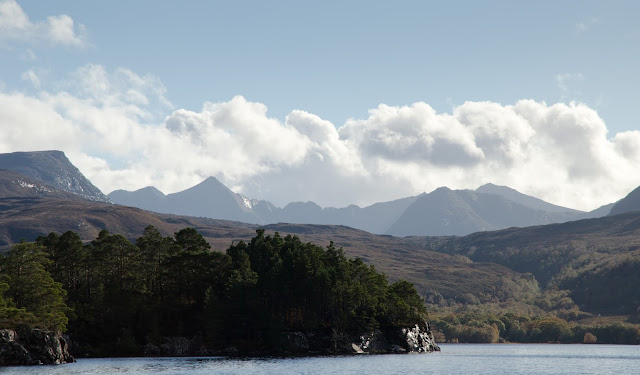 Emerging from between two of the islands, a great view opens up to the wild hills of Torridon - hills of great distinction which have given me some great days; and i's been too long since I climbed them! 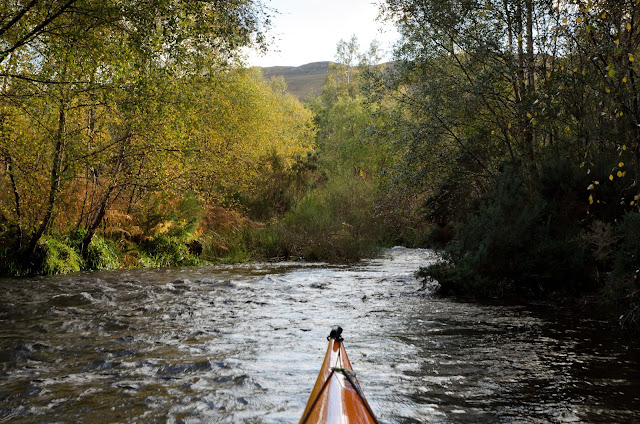 Heading back to Slattadale I nosed the boat in to the burn flowing from Loch Garbhaig (loch of the rough place) over the "other" Victoria Falls - so named because Queen Victoria was taken to see the waterfall which drops over a small crag into a gorge. 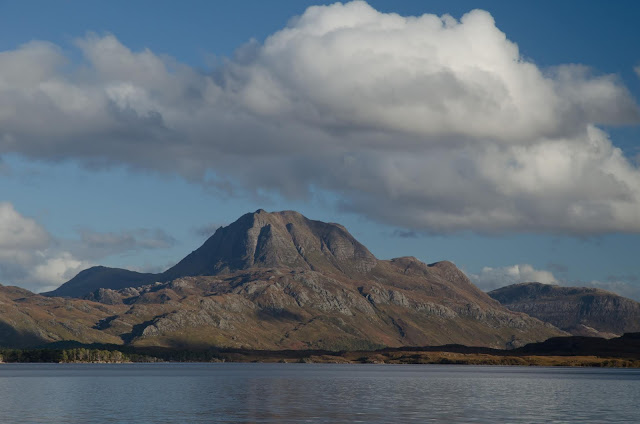 I arrived back at Slattadale in lovely late afternoon sunshine.  Having unloaded the boat and put it back onto the car I had plenty of time to make a cup of tea and sit watching the play of light and shade on Slioch - and reflecting on a really good day's fresh water kayaking.
Posted by Ian Johnston at 21:00