I read this poem by Nan Shepherd recently.  Her imagery of absorption into the land and seascape struck a chord; especially since I'm working in one of the most densely populated parts of the UK where the soundtrack is relentless traffic noise. 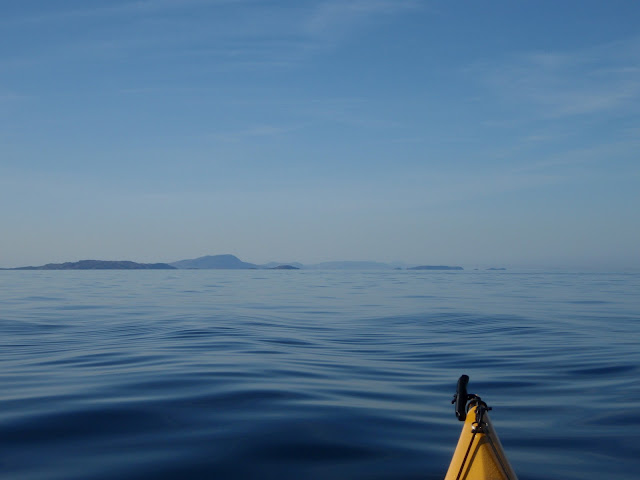 Here on the edge of Europe I stand on the edge of being.
Floating on light, isle after isle takes wing.
Burning blue are the peaks, rock that is older than thought,
And the sea burns blue - or is it the air between?-
They merge, they take one another upon them,
I have fallen through time and found the enchanted world,
Where all is beginning.  The obstinate rocks
Are a fire of blue, a pulse of power, a beat
In energy, the sea dissolves,
And I too melt, am timeless, a pulse of light.