Small sails and tall sails on the west coast of Jura 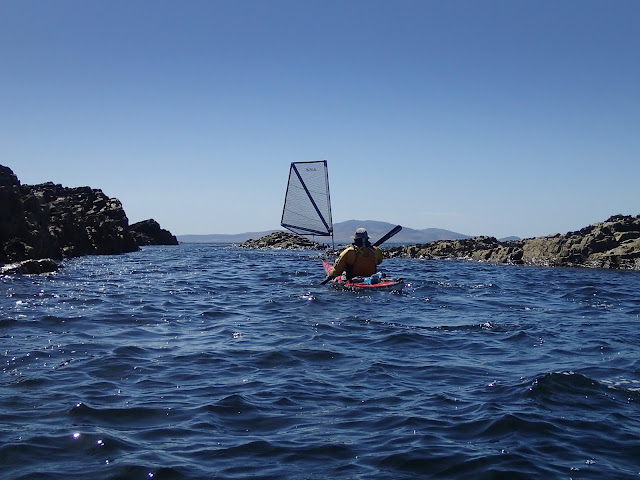 From Shian Bay we continued south along the coast towards the mouth of Loch Tarbert, the large west-facing sea loch which almost bisects the island of Jura 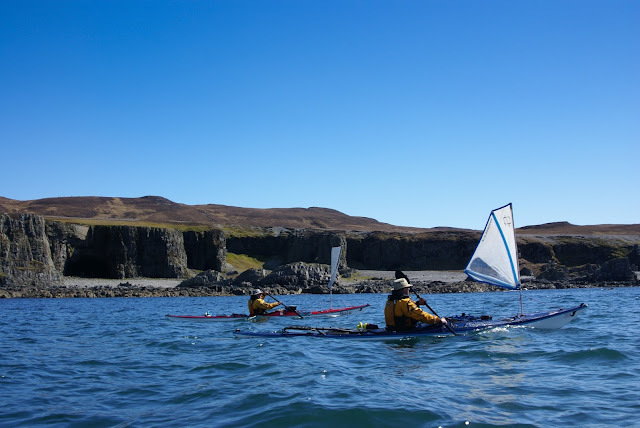 The light breeze helped us along a coast full of interest 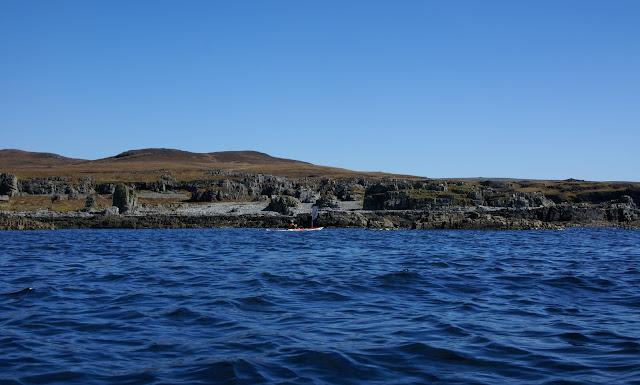 Towards Rubh an t-Sailein (point of the inlet) at the northern side of the mouth of Loch Tarbert the hills recede and the shoreline is littered with remnant basalt dykes.  From a distance these looked like chortens built on a huge scale. 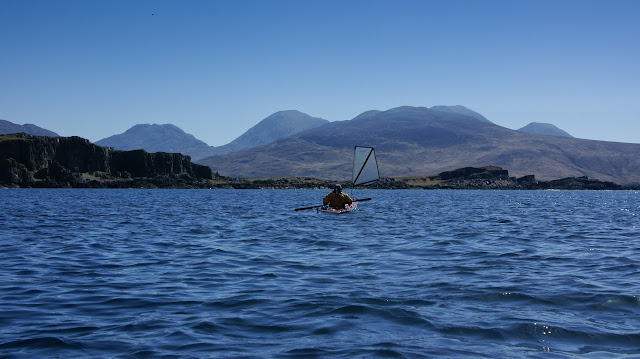 Ahead, the Paps of Jura were coming into view and would be our companions for the next two days.  There's a bothy near the point but it was still early and we had a different destination in mind. And anyway, the afternoon sun was high and warm, the sea sparkling....... 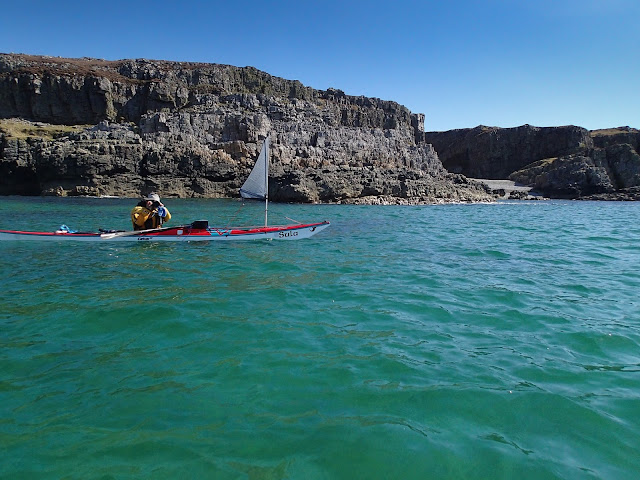 ......and occasionally stunning aquamarine shades as variety to the blue.  What a place this was to sea kayak! We passed small beaches squezzed between the walls of dry coves; pretty much inaccessible from the landward side. 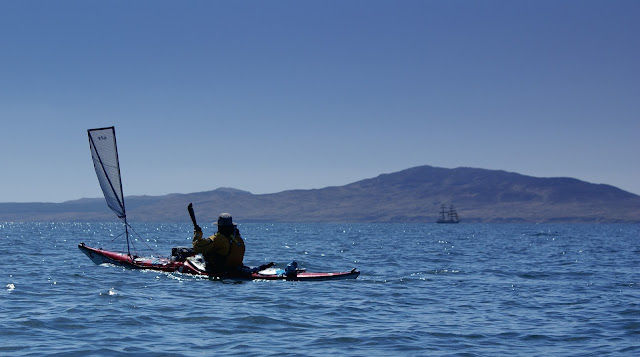 Ours were not the only sails in use off Jura that day, a fine looking tall ship was emerging from the Sound of Islay on the flood tide, making good progress under a minimum of sail.

She's the "Stavros S. Niarchos", a 60 metre, 635 tonne brig (a two masted sailing ship with square sails on each mast).  She can carry 18 sails with a total sail area of 1,162 square metres - slightly more area than our 0.8 square metre Flat Earth Kayak Sails!

The Stavros Niarchos is owned and operated by the Tall Ships Youth Trust, and is used for sail training and also for voyages by fare-paying crew which help to subsidise the work of the trust.  Despite her very traditional looks, Stavros Niarchos is a comparatively new vessel, being completed and entering service in 2000.  She made a really fine sight on a sparkling sea against the Islay shore. 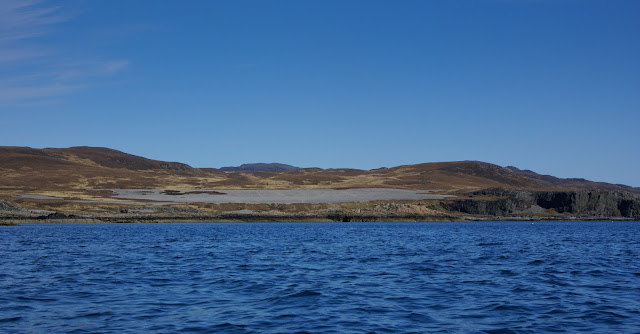 As we crossed the mouth of Loch Tarbert we could look over our shoulders to a huge raised beach on the northern shore of the outer loch.  We could clearly see what the coastline must have looked like at the end of the last Ice Age with pebble beaches and rocky inlets. 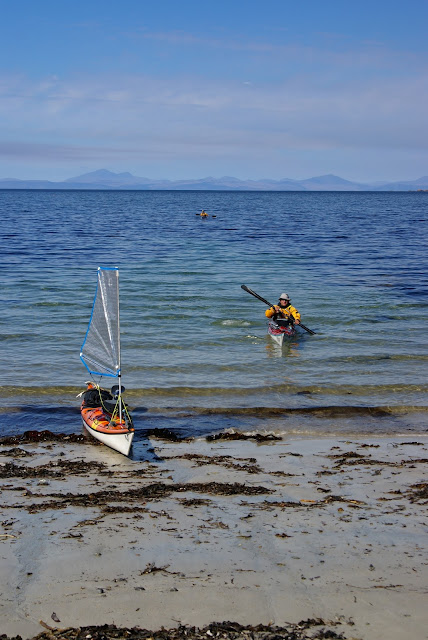 Once across the entrance to Loch Tarbert we could slow our pace.  The flood tide which had carried the Stavros Niarchos through the Sound of Islay had some time to run, and we planned to use the ebb to speed our own passage once the tide turned.  Time for a leg stretch on a little sandy beach which would be a stand-out spot in many places, but here on the coast of Jura was just one of many glorious beaches.

We'd enjoyed a superb paddle already, and it was still only early afternoon - explored the wild and lonely NW coast of Jura in superb weather; and if anything the features on this wonderful coast were about to get even better!
Posted by Ian Johnston at 12:28