Going in at Shian 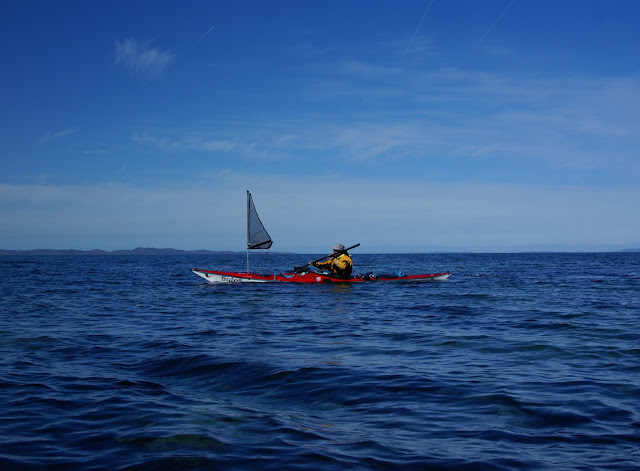 We left Corpach Bay to continue south down the west coast of Jura.  A small northerly breeze was encouragement enough for us to hoist sails. 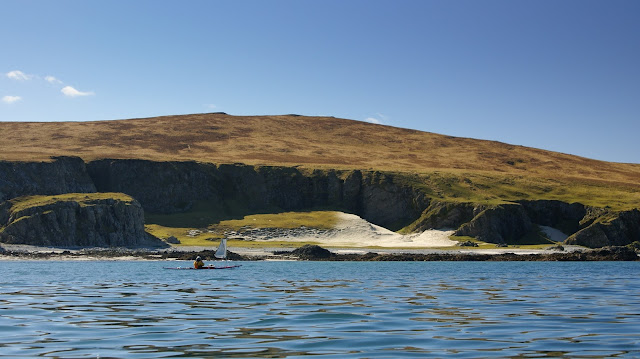 At Traigh a' Mhiadair (beach of the meadow) there is a large sand dune which appears to have formed in a dry cove enclosed by rocky arms - we thought that the topography had probably allowed windblown sand to accumulate and form the dune.  It's certainly an unusual feature and has unusual wildlife; Tom and Frances who we'd met at Glengarrisdale had told us to look out for the rabbits - which in this one area seem mostly to be black rabbits rather than the normal grey.  The "meadow" which gives the beach its Gaelic name is actually above the dune and can be seen as a brighter green strip against the uniform heather and moor grass. 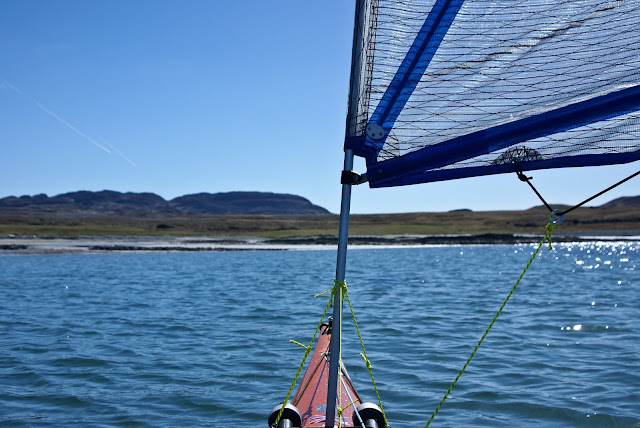 It's just over 6 kilometres from Corpach Bay to Shian Bay - but there was no way we were going to miss out on another stunning beach..... and since second breakfast had been taken at Corpach, it must therefore be time for first luncheon! 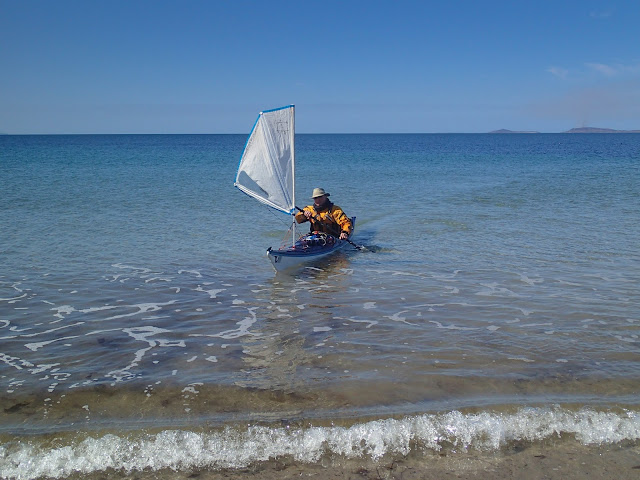 The name "Shian" translates as stormy but on our visit nothing could have been further removed from the name.  The settled weather was being put to practical use on Colonsay where the south end of the island was undergoing muirburn - the smoke dispersing slowly in light winds.   Calm sea and blue sky are an alluring mix on any beach....... 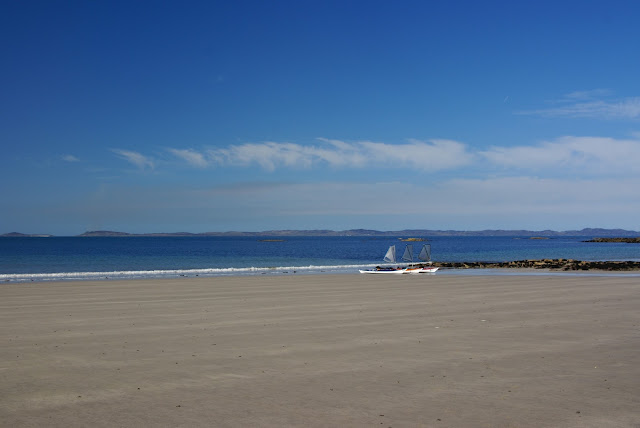 ...but when combined with a view like this it seemed we'd landed at another small piece of paradise. Across 15 kilometres of superbly clear air the white sand beaches on Oronsay were virtually shining in the sunshine.

Douglas and I had considered a swim in the sea to freshen up, but the northerly breeze was quite chilly, so we set off with our wash things and towels to the Sruthan Glac na-h atha, one of two burns which join to run into the sea here. We got ready and enjoyed a brief and bracing immersion in a deep pool wherein the water was not warm - it was on the exhilarating side of cool but we emerged after our brief "dook" and wash absolutely refreshed.  Sheltered from the breeze we were able to sit in the sun and dry ourselves and our baselayers on sun-warmed rocks beside the stream.  The translation of the name is "burn of the narrow valley by the drying kiln", but we could substitute "skin" for "kiln"....  readers will be relieved that we left our cameras with Mike, who thought dooking in mid April to be a sign of madness :o) 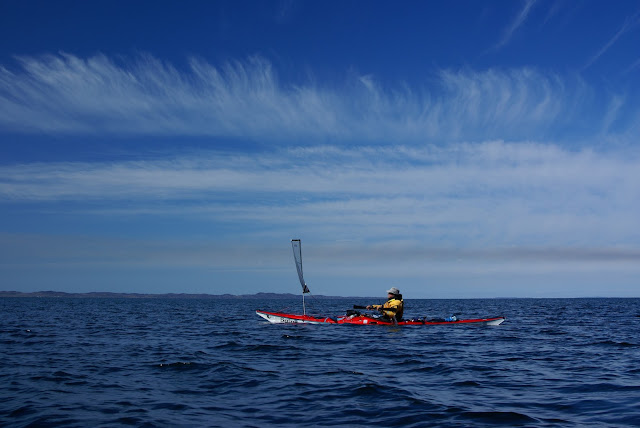 Zinging from our dip, it was time to push on.  The cloudscape over Colonsay told of good weather for the remainder of the day and we still had a fair way to travel to our intended destination for the night.
Posted by Ian Johnston at 18:25