A brew and a banjo 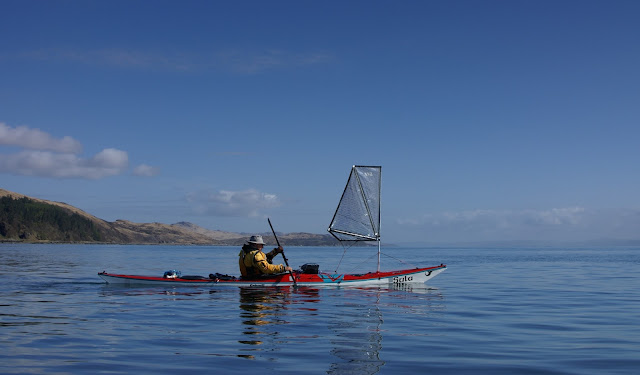 As we cleared Tarbert Bay we picked up a tiny breeze and hoisted our sails to get some assistance across the Sound of Jura....... 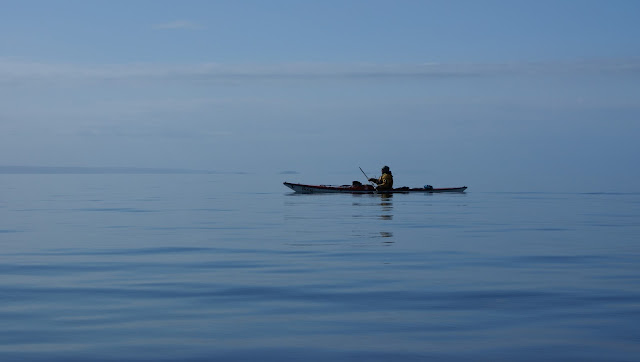 ...but it soon died and we paddled on in a flat calm in hazy but very warm conditions.  To the south, the Kintyre peninsula and the outline of Cara were just visible, reminding of us of a great October trip around Gigha and Cara.

We expected to be set to the south as we crossed the sound of Jura and so headed north along the Jura coast before striking out across the sound.  The tidal flow is stronger towards the east (mainland) side of the channel and we felt the push as we passed arraig and Daimh (Stag rock).  The Knapdale coast hereabouts is a series of low "fingers" projecting south and it's quite difficult to distinguish one "finger" from another.  Soon though we turned to land...... 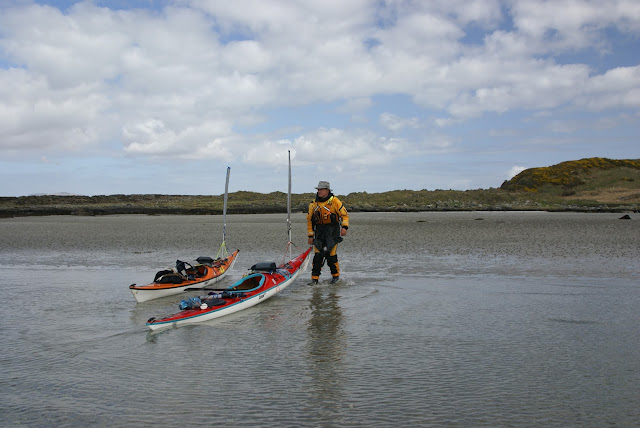 ...in a sandy bay on the tidal "island" of Danna.  We all felt that this little bay was something of an anticlimax after the superb beaches of Jura......

...but as the sun came out and we got our second breakfast underway, the feeling was a bit more positive...... 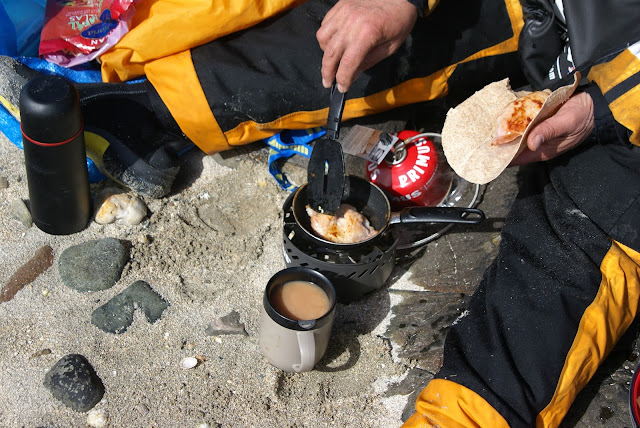 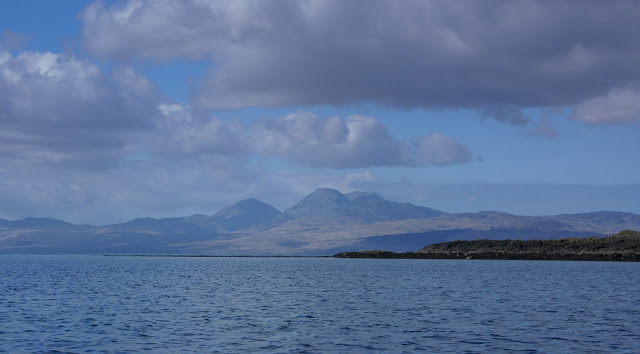 When we set out from Danna we looked back over the Sound of Jura to the island which had granted us to us an outstanding few days of sea kayaking in magnificent surroundings - it will not be too long until we return.

A plan to visit the MacCormaig Islands was reluctantly abandoned given that time was marching on and we all had long journeys home once we finished the paddling.  Turning north, we began the last leg of our journey.