A long brawl in Loch Sween

From our stop on Danna we headed across to the mouth of Loch Sween, reluctantly leaving an exploration of the MacCormaig Islands for another time.  A breeze helped us on our way but we knew that the northerly direction would be against us as we paddled up the length of Loch Sween. 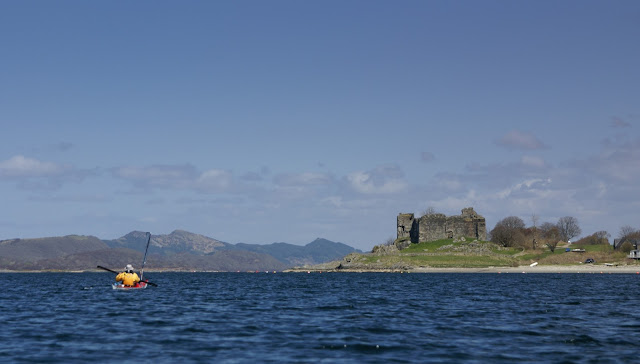 And indeed it was, a persistent headwind against which we tried to tack, but eventually we had to drop the sails and just accept the paddle into wind.  Out tacking leg did take us to the eastern shore of the loch though, where the rather impressive ruin...... 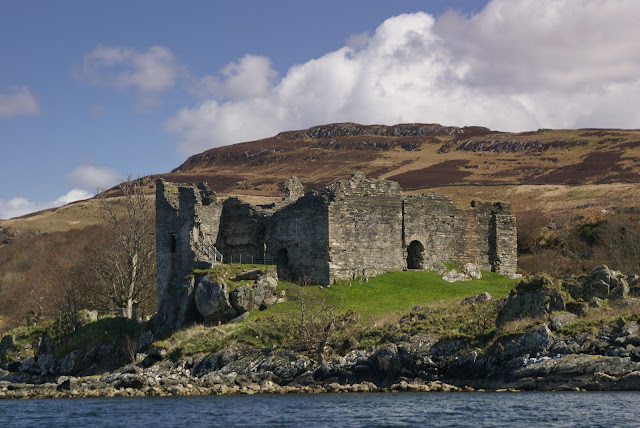 ...of Castle Sween occupies a small outcrop on the shore.  Possibly one of the oldest stone built castles in Scotland, Castle Sween is believed to date from around 1100 and was built by the eponymous Suibhne,  head of the half-Norse clan of the MacSweens - the Norse equivalent name is Sweinson. 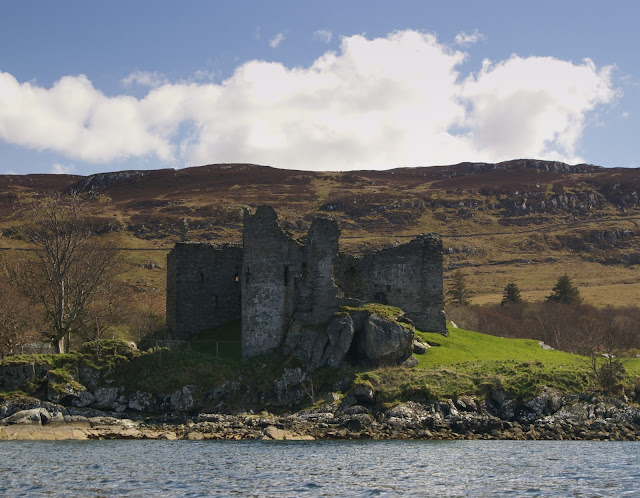 The castle was enlarged in around 1262 to add a range and tower, and in its long existence  has seen its share of the "long brawl" of Scottish history, having been held by the MacSweens, the MacDonald Lords of the Isles, the MacNeills (another half-Norse clan) and the Campbells.

Sadly, these days it is almost entirely besieged by a large caravan park; it was actually quite difficult to frame photographs which didn't include the caravans. 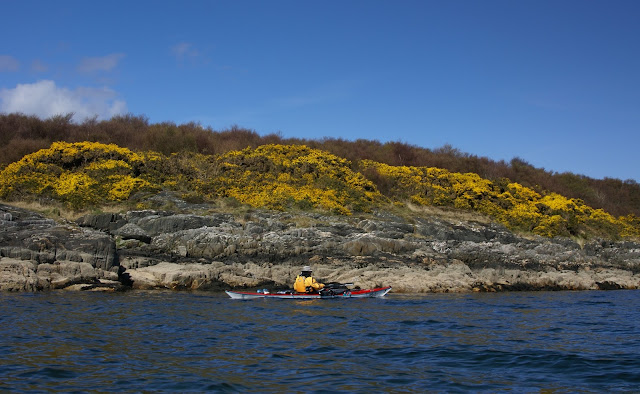 Having paddled past the castle we headed back to the western side of Loch Sween to try and find a little less headwind for our own "long brawl" up the loch.  The gorse had recently come into full bloom and matched the "Kokatat Mango Yellow" of Douglas' drysuit quite nicely!  In the sunshine and a calm patch of shore the scent of coconut filled the air, the distinctive smell of gorse flowers however unlikely  a tropical scent seems in Scotland... 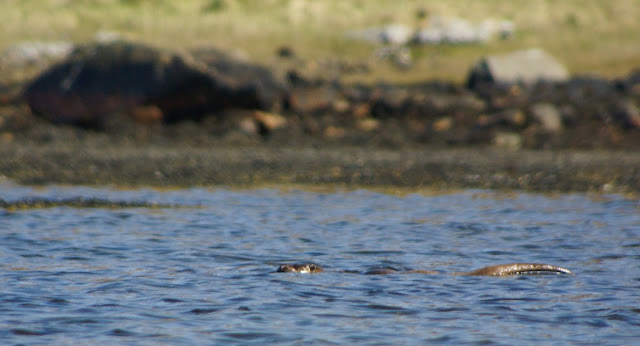 In the narrow channel behind Taynish Island the tide was running strongly, fished by this Otter which seemed oblivious to the passing of our boats. 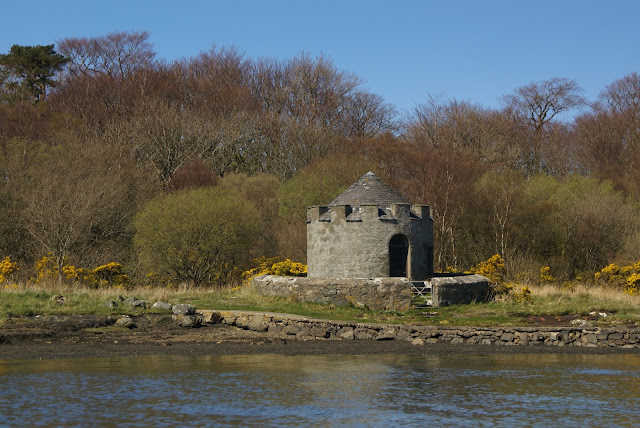 On the shore is a rather nice circular crenellated building which seems to have once been a waiting room for boat passengers for nearby Taynish House; a small but well made pier is just adjacent. 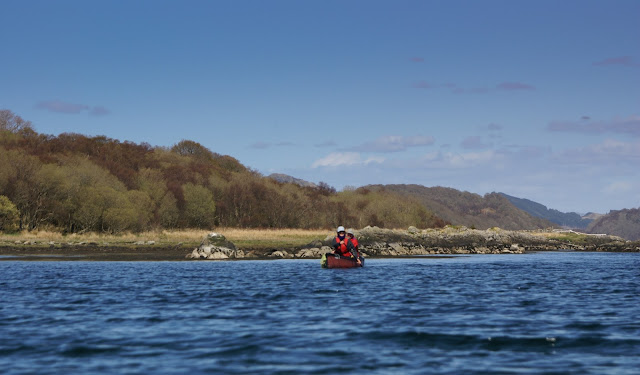 as we neared the end of our journey there was a nice coincidence; we met a couple in an open boat with whom we'd spoken as we prepared to set out from Carsaig Bay at the very start of our trip four days previously.  They had very kindly kept an eye on both cars we'd left - a gesture we really appreciated.

A little ahead of Mike and Douglas, I was able to very slowly get within camera range of this Great Northern Diver (Gavia immer).  Mostly a winter visitor to Scottish waters, a few non-breeding individuals remain on northern coasts, and it was a real thrill to see one of these shy and retiring birds close to, and in breeding plumage. 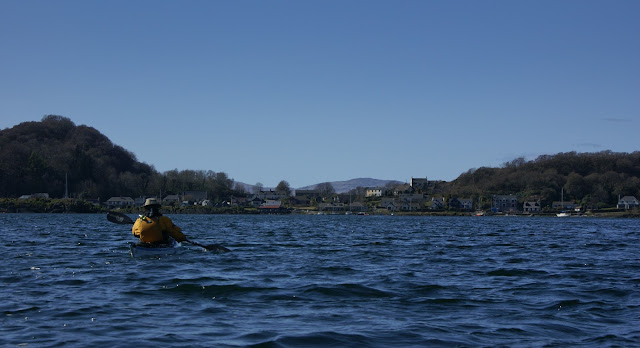 Although we'd had a long day per mare and per terram since starting out some eight hours previously from Cruib Lodge, it was with some reluctance we paddled into Tayvallich to end a simply exceptional four days around Jura.  The weather had allowed us to enjoy to the full the delights of the island's west coast and into Loch Tarbert - we felt truly lucky.

After recovering the shuttle car from Carsaig Bay we packed up and headed home; another trip was at an end....but we hope to be back to Jura before too long!
Posted by Ian Johnston at 13:07