We'd enjoyed an exhilarating ride up the tidal stream in the Sound of Islay and were now heading back up the south west coast of Jura which had been such a great paddle the previous evening.


This day was to be simply breathtaking in so many ways.... 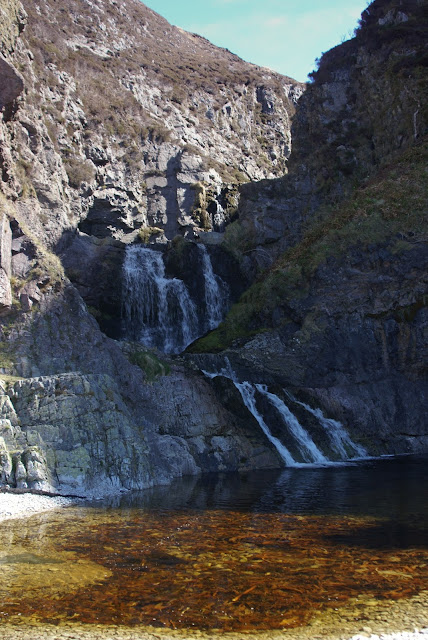 We'd planned in a stop at the tiny beach where the waterfall of the Allt Bun an Eas (Burn of the waterfall end) plunges in three elegant bounds from the raised beach above to the present day shoreline. 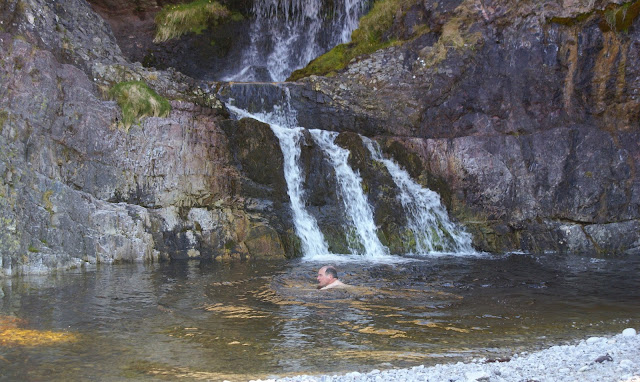 Douglas and I took a refreshing plunge and wash in the lowest pool, wherein the water was not warm.  In fact it was on the breathtaking side of cool, but very refreshing and we were able to sit in the sun to dry off - getting back on the water absolutely zinging after our "dook". 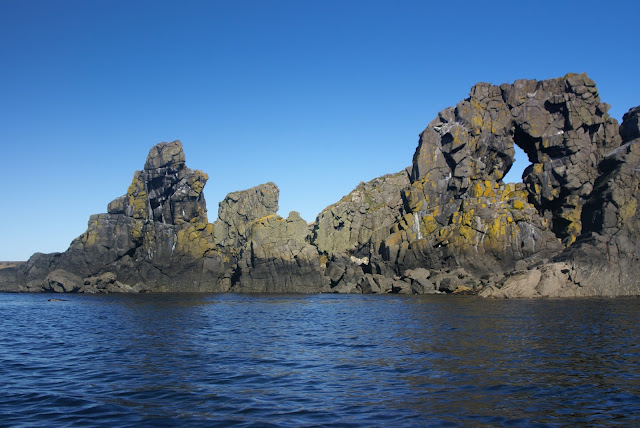 The coast itself continued to be stunning, with rock features, arches and dykes at every turn.

The view to the north was huge, distant Ben More on Mull brushed by virtually the only cloud in the sky. 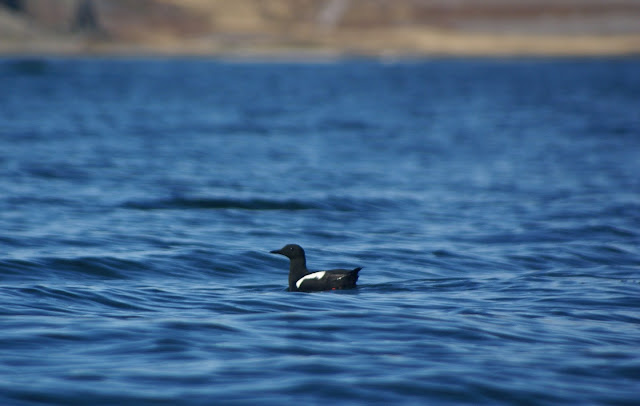 Closer to hand we paddled past seabirds such as this Black Guillemot (Cepphus grylle), known in many parts of Scotland as a "Tystie". 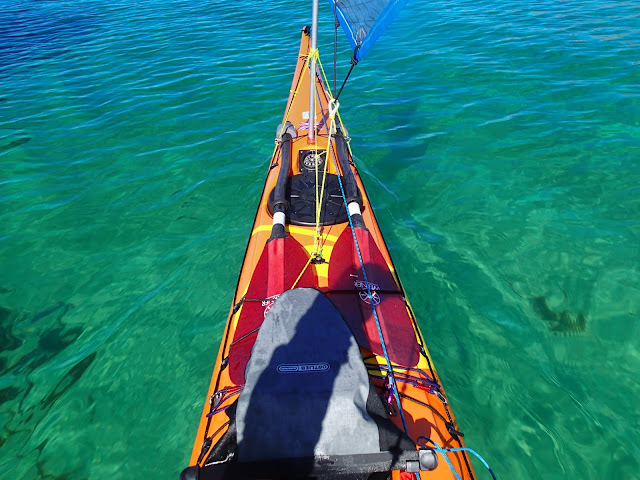 In many places the colour of the water was, quite simply, breathtaking....... 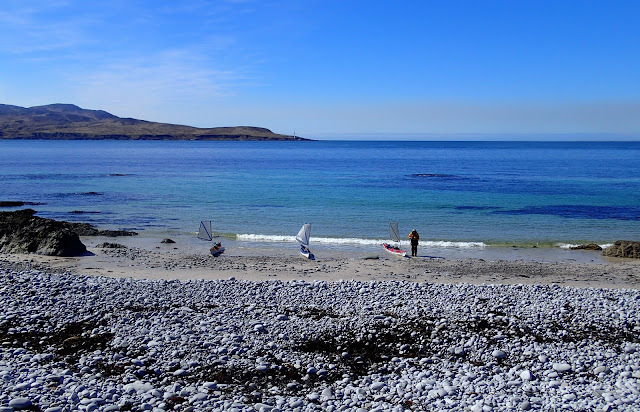 ....as were the beaches.  This one was superb, and it's a measure of the quality of the beaches on the west side of Jura that we only stopped on this particular one because it looked to have a good supply of firewood to collect! 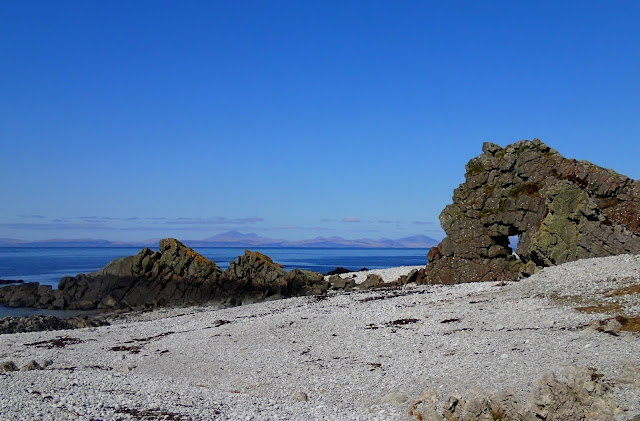 But whilst we were there we took time to absorb the absolutely great scenery - the Mull hills framed by a weathered basalt dyke marching down the shore.

This was almost the last large pebble beach before we entered Loch Tarbert and yielded plenty of dry driftwood from above the high water mark.  Inside the loch there would be far less washed up we thought. 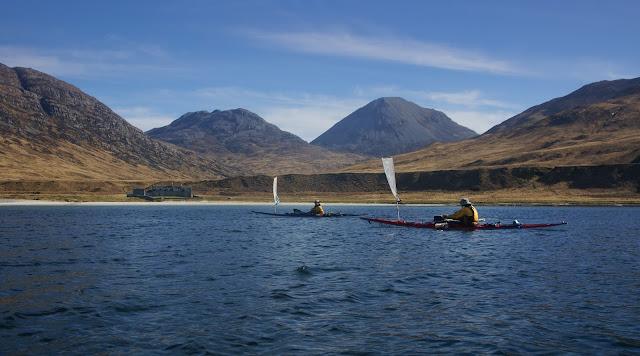 Loch Tarbert has been high on my wish-list of places to paddle for a long time, due in no small part to Douglas' descriptions of its wonderful scenery.  He's right to be so enthusiastic - what a place!  The views to the Paps of Jura and the raised beaches give the outer loch a unique atmosphere.  The name Jura is said to originate from the Norse Dyr (deer) and that would certainly fit, but its also possible that the name comes from another Norse word - jur meaning "udder" and the island's appearance from the sea would make this name very appropriate. 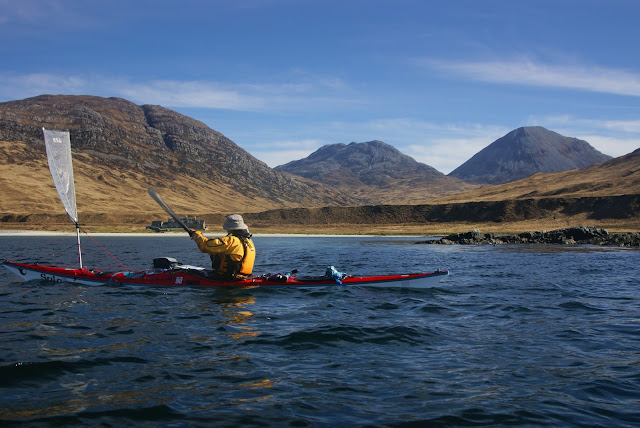 The lodge on the shore is Glenbatrick, owned by Lord Vestey.  The view from the back door is nothing short of breathtaking.....
Posted by Ian Johnston at 18:33