Catching the tidal travelator in the Sound of Islay 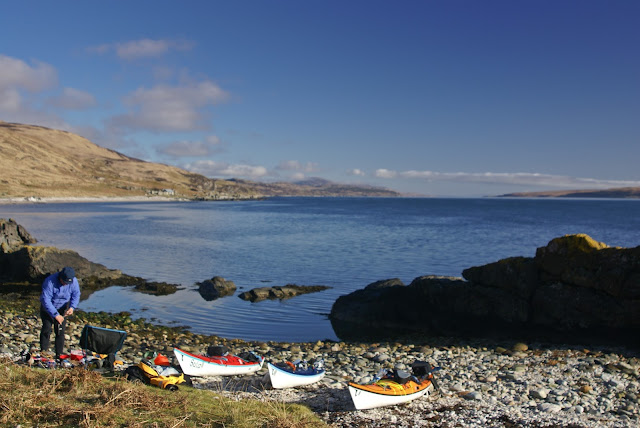 We enjoyed a most comfortable camp on the Islay shore and woke to another glorious Spring morning.  There was plenty of time for a leisurely start as the north-going tidal stream didn't start until 1048 so we spent the morning engaged in those most satisfactory of activities - drinking coffee, faffing and fettling the packing of our boats 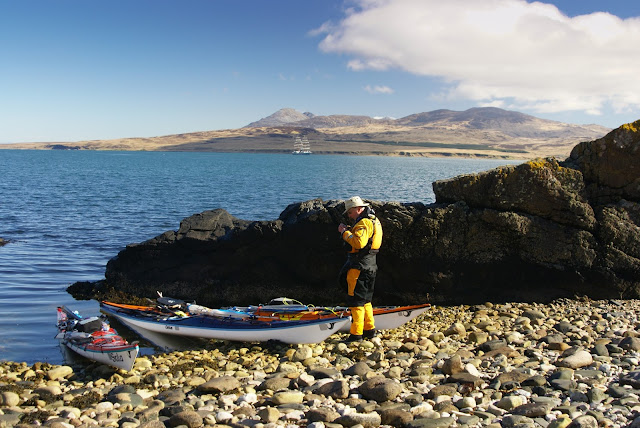 A northerly breeze was getting up by mid morning and so we decided to get on the water a short time before the tide turned.  A breeze acting against the north-going tidal stream had the potential to create some lively conditions in the narrowest part of the Sound of Islay, so it made sense to pass through before the fastest of the tidal stream became established.  It looked like the sailing ship "Stavros Niarchos" had used the last of the south-going stream to make her transit south back into the Sound of Jura.

After enjoying an exhilarating sail across from Islay to the Jura shore in a solid F4 wind, we reconvened on the shore before setting off northwards.

The first indication of the wind against tide conditions was a defined line of choppy water marking an eddy line where the main flow was beginning to pour north.  I took no photos for the next couple of kilometres as it got really quite lively.  We kept close together and the worst of the chop was over relatively quickly. 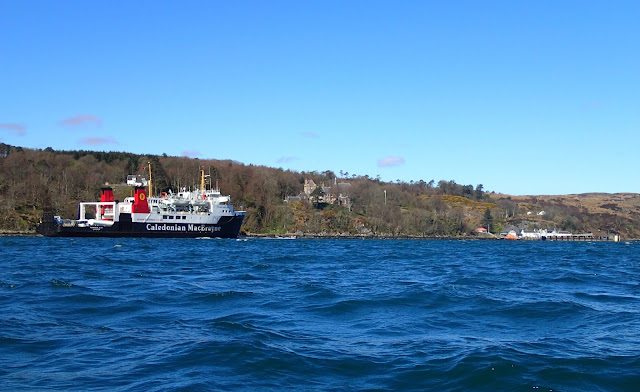 We kept glancing over our shoulders as we expected the MV Hebridean Isles to overhaul us somewhere in the narrows, and right on time she motored past to berth at Port Askaig prior to making an onward crossing to Colonsay. 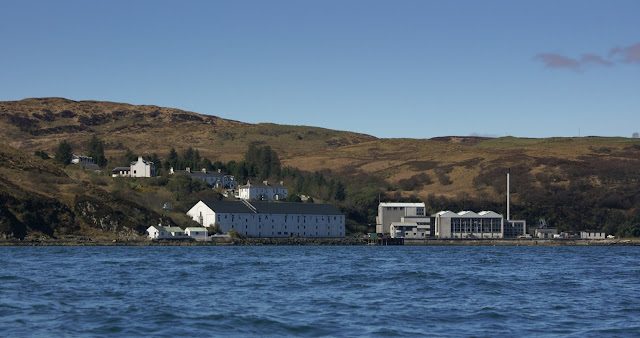 Islay is blessed with a number of fine navigational marks by which seafarers can determine their position along the coast.  Conveniently they are mostly painted white and have suitably prominent lettering to aid identification.  The first of these we passed was Caol Ila, and further north Bunnahabhain. 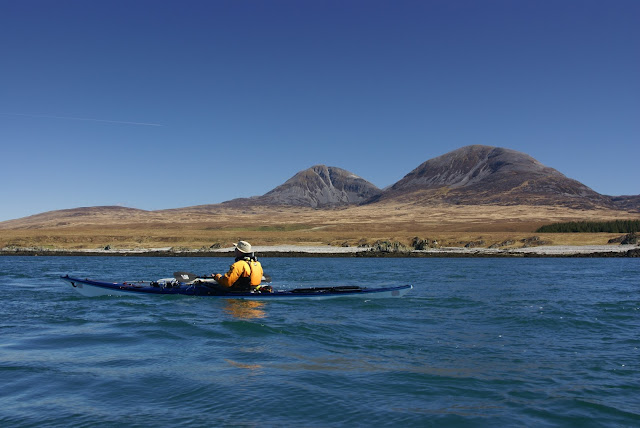 We made good an average speed of 10km/h on our way back through the Sound of Islay, and this was against a stiff breeze for most of the way.  Catching the tidal travelator is definitely the way to go in these parts!  Once clear of the narrows we turned back up the west coast of Jura to retrace part of the previous day's route towards Loch Tarbert.  When the coastline is this good paddling the same section on consecutive days was certainly no hardship..... 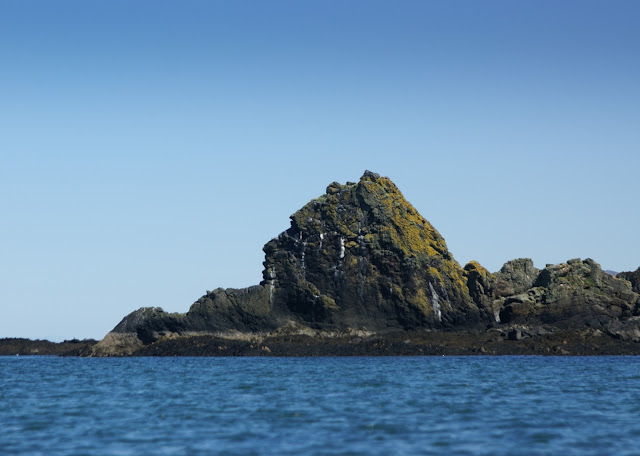 ...including this splendid mimetolith which bears a striking resemblance to Queen Victoria....... 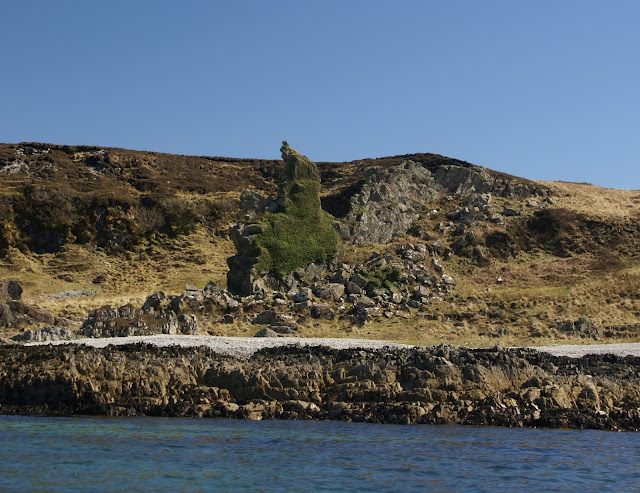 .....and, resplendent in green, a rock which had a slight resemblance to a pixie..... (and no, we hadn't visited either distillery on the way past!)
Posted by Ian Johnston at 10:08