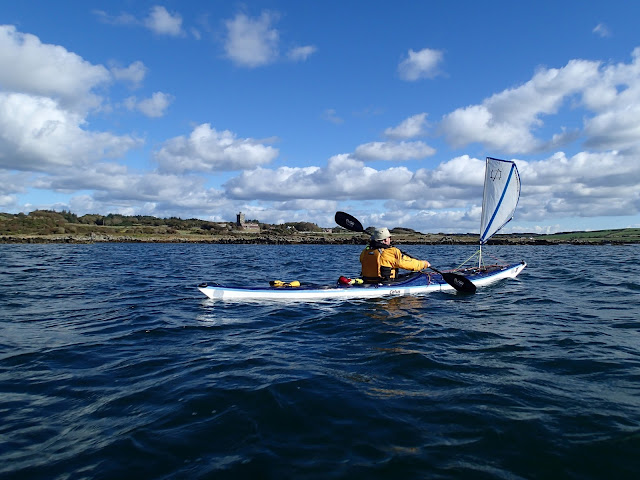 We got back on the water after visiting the beach and folly at Knockbrex and passed another castellated building; this time a water tower.  The next point of interest on our journey would continue the castellated theme...... 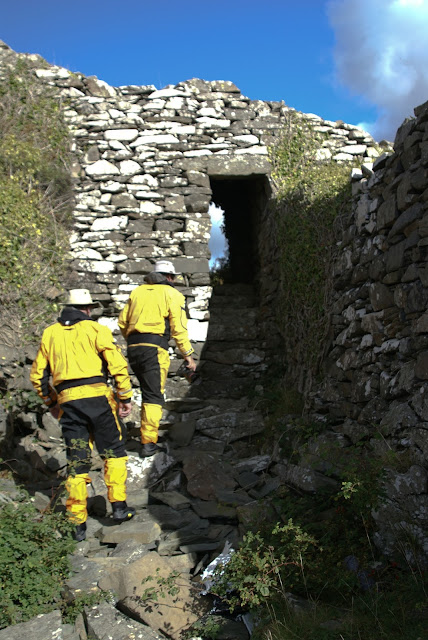 ...but with a somewhat older vintage.  Marked on the map as a Dun (fort), the ruin at Castle Haven is a remarkable structure.  We entered the site via a doorway through a double wall and climbed up to get a better view of this astonishingly large fort. 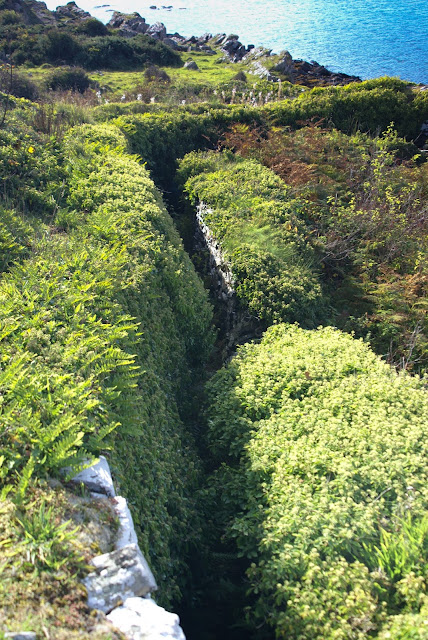 The site is roughly D-shaped, utilising the line of a low cliff a the straight portion and has a symmetrical double wall right around the perimeter - as clearly seen on the Canmore website aerial image.  Dated as early Iron Age, the site was partly reconstructed by James Brown (the owner of Knockbrex House).  The reconstruction may have altered the site somewhat - the galleried walls put  Castle Haven very close to being a broch, though these are usually found in the north of Scotland and the Northern Isles.  The other slight difference from a true broch is that Castle Haven doesn't have an inter-mural stairway. 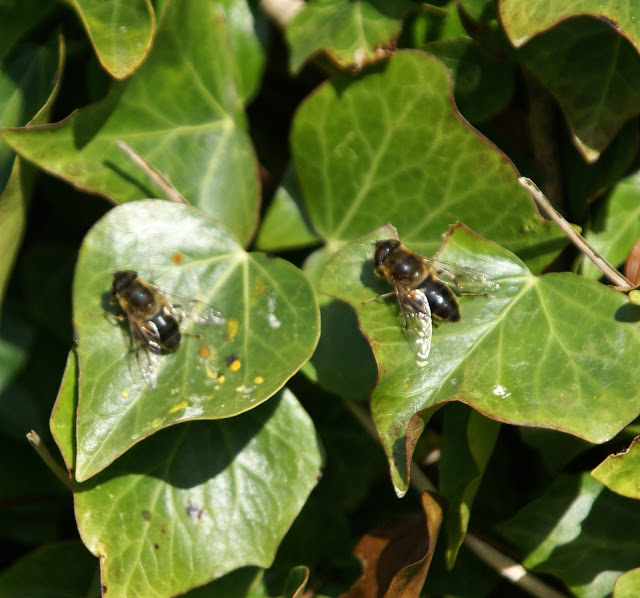 Ivy is now beginning to overrun the ruins, but it's a very impressive site indeed.  The predominant sound within the walled area was the low hum of tens of thousands of bees feeding on the nectar from the ivy flowers - the walls themselves were buzzing. 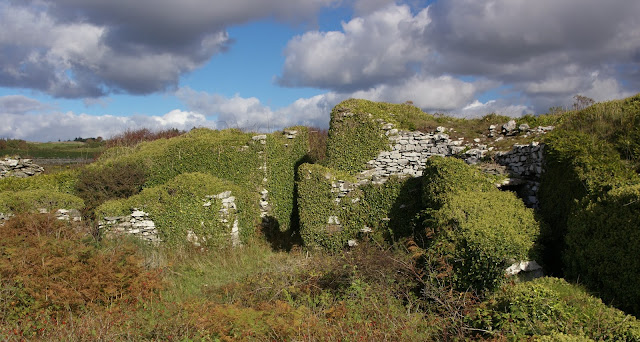 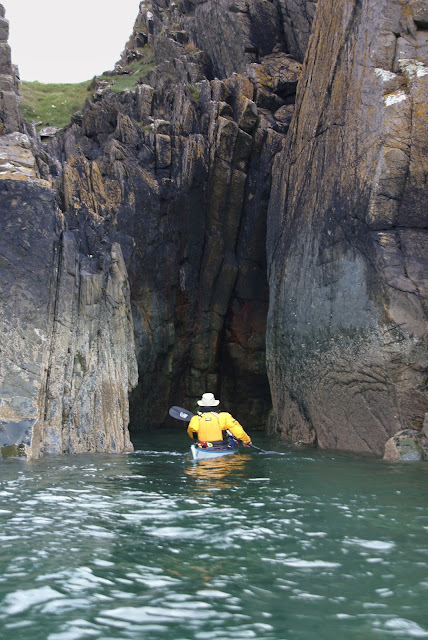 Back on the water, and another double wall appeared - the only reconstuction here has been by the force of the sea.....
Posted by Ian Johnston at 19:58