Solway sojourn - setting our sights and our sails to the south

In the middle part of October a large high pressure system settled over Scotland bringing some settled weather, a feature which had been notably absent during a cool and windy summer. Douglas, Mike and I made plans to travel to the west coast of the Isle of Mull, checking ferry schedules, tidal times, launching spots and all the usual pre-adventure planning.

And so it was that we met up two days later on the shores of Fleet Bay on the Solway Firth, a couple of hundred miles south of Mull.........

The intervening two days had seen a slight drift in the centre of the area of high pressure with the consequence that the settled, calm conditions we needed to explore the exposed west coast of the island had disappeared to be replaced by strong northerly winds.  A quick rethink later and we settled on the Solway area which was forecast to have much better weather.  Our philosophy is fairly simple - plan flexibly and be prepared to adapt the plan! 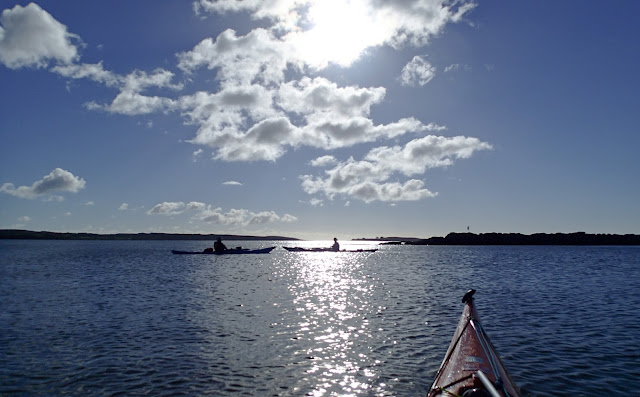 It's a long drive from home in the north east of Scotland to the very south west of the country so I travelled the evening before we set out on an autumn morning of warm sunshine and blue sky. 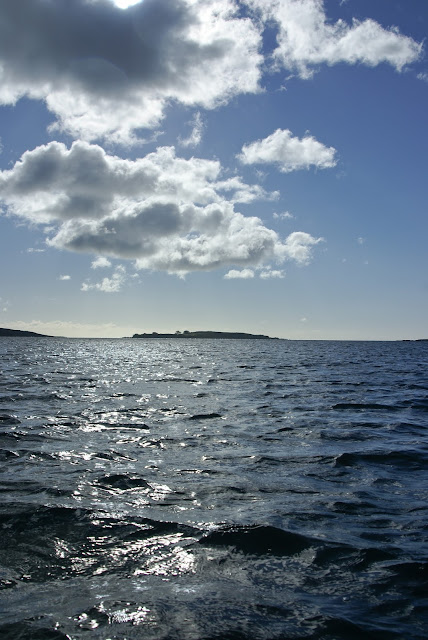 We set our sights and our sails to the south and headed off - another small adventure had begun!  You will be able to follow this trip in "SeakayakStereovision" by reading Douglas' account starting here.

We'd launched a little before high water and our plans were largely determined by the tides; the inner part of the Solway Firth has a very large tidal range at approximately 9 metres/30 feet at Springs. This large range coupled with the flat nature of the estuary leads to fast tidal streams and a tide which goes out a very long way at low water.  We felt that our plans would accommodate landing and launching and although we took a portage strap to manhandle the loaded boats we didn't take a trolley.  This would prove to be a minor tactical error later in the trip...... 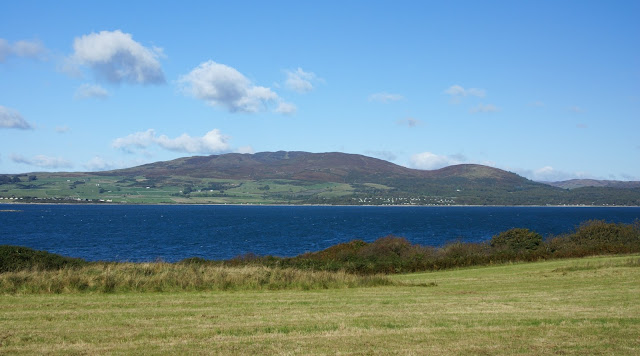 After an exhilarating downwind blast under sail we arrived at Ardwall Island and although we'd not been underway long we landed on a tiny beach and climbed to the high point of the island.  Looking back, our starting point already seemed distant.  This is Douglas' local patch and he was concerned that the fresher-than-forecast northerly wind might give some rough conditions at the crux headland of the day so we wanted to take a look at what we could see of the route ahead.  Although the day was warm, we changed from light paddling gear into drysuits (which we'd stowed in the boats) before leaving Ardwall; changing from one system to another would be a regular event on this trip! 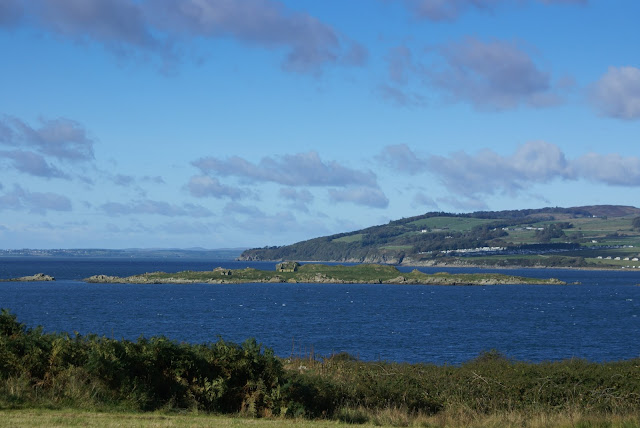 The view from Ardwall Island is very fine - we looked west over Murray's Isles to Ravenshall Point, both of which we hoped to visit on the return leg of our trip. 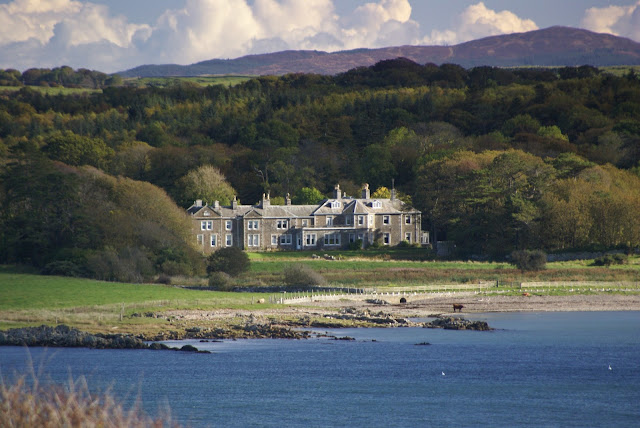 To the east across a narrow channel was the impressive Knockbrex House, built in 1900 by the Manchester businessman James Brown...... 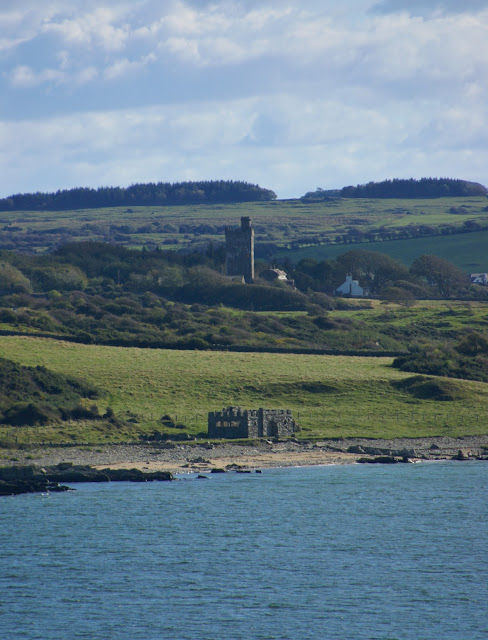 ...along with some eccentric follies and turrets.  The castellated folly on the shore was our next goal, but there were some fine upstanding features to admire on the way....
Posted by Ian Johnston at 18:47