Sea kayaking under the farmland of Angus 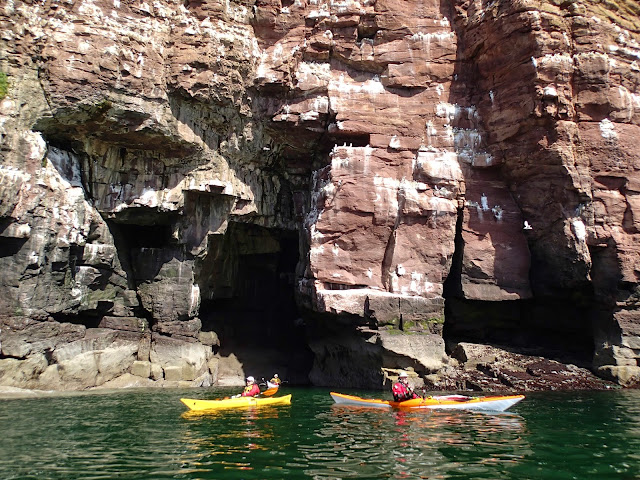 Immediately south of Lud Castle there are a couple of large caves; the first has a dog-leg entrance which opens into a large interior......... 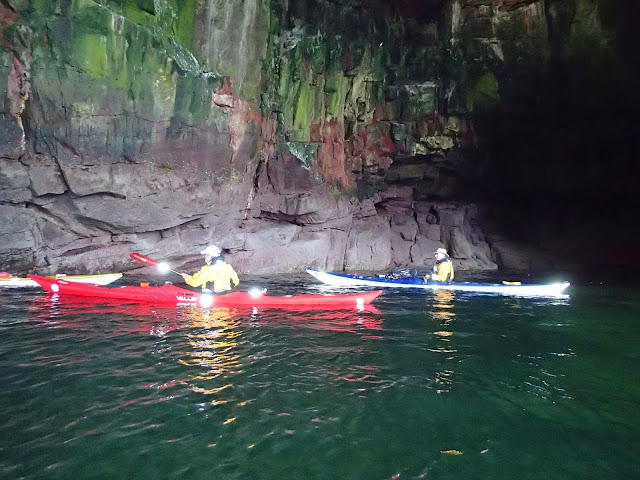 ...which contains seven sea kayakers with ease. A rake of light from the side of the cave indicated a second entrance....... 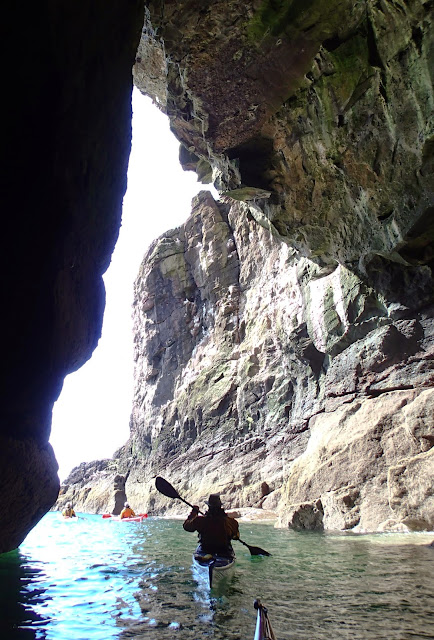 ......which opened out on the southern side and enabled us to paddle right through underneath the headland itself. 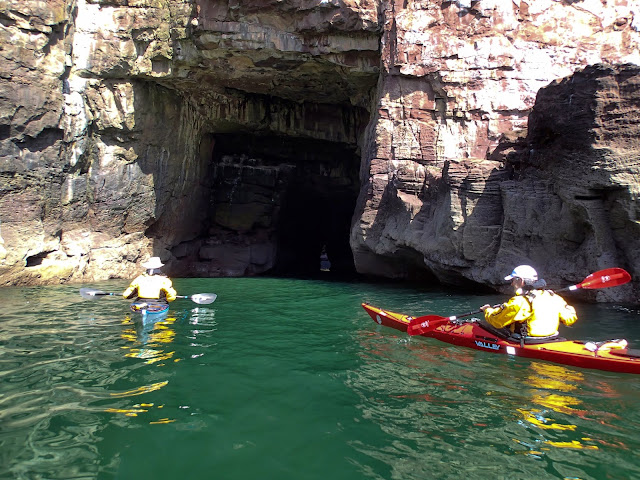 The most spectacular of the caves hereabouts is Gaylet Pot.  The seaward entrance to the cave is square-cut and lowers towards a chink of light at the back.  Appearances are deceptive though, once inside the cave is the size of a church and some 150 metres long.


On one of our previous visits to Gaylet Pot we were at the point where the cave narrows towards the back when two slightly larger swells arrived.  The swells ramped up alarmingly as they passed along the constricting tunnel - by the time they reached us there was a metre and a half of snarling white water breaking at the crest.  Both Douglas and I "enjoyed" some impromtu air-time as we paddled hard into the oncoming water. 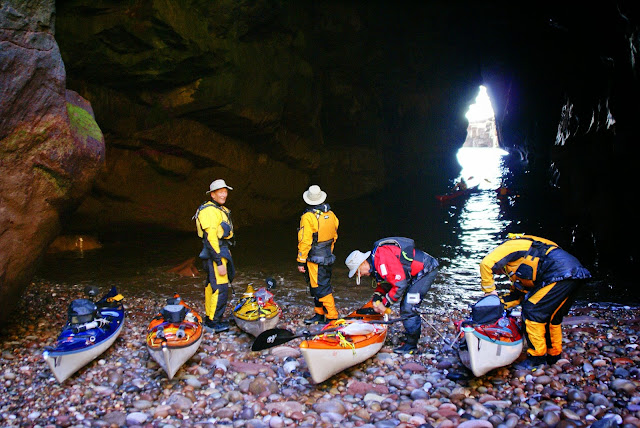 On this occasion things were a little more predictable and we were able to land on the beach of coloured pebbles at the back of the cave.  Landing and moving the boats up the beach required a bit of coordination, but what a truly brilliant place to land!  There's no flash in use in this image, because despite being some 150 metres in from the entrance of the cave we were in bright sunlight...... 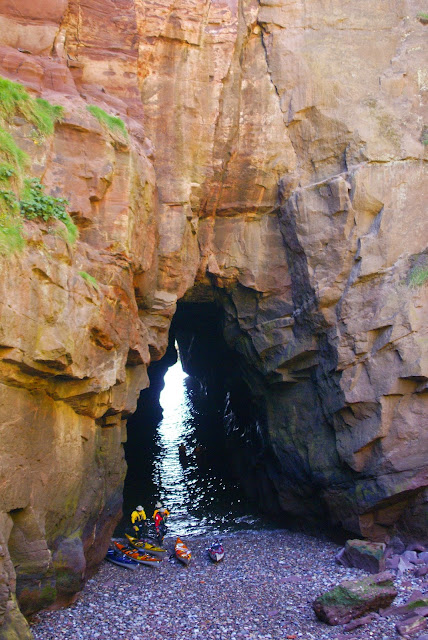 .....at the base of a huge "gloup" or collapsed cave.  This aerial image shows the extent of the collapse, caused by hydraulic pressure from storm swells filling the cave and exerting unimaginable forces along the faultlines of the comparatively soft red rock.  Eventually the explosive force tore away sufficient rock from the roof to cause a complete collapse leaving a huge crater over 40 metres in diameter and some 30 metres deep.  Incongruously, the gloup is located within a field containing crops - usually Brussel Sprouts - and so access from landward is often not possible.

It's a really impressive place to visit  and one of those unique situations which sea kayaking occasionally offers.  Caution is needed here though; any slight swell from seaward is greatly magnified in the length of the cave - indeed during winter storms the sea can sometimes "blow" into the air from the inner entrance. 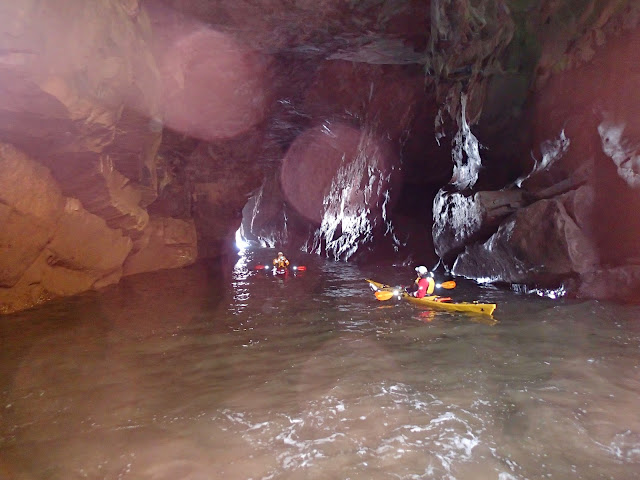 Launching from the steep pebble beach required a bit of teamwork but we were soon safely afloat and heading back out to open water.  These were the first caves one member of our group had paddled in - and they'll be hard to better!
Posted by Ian Johnston at 21:55