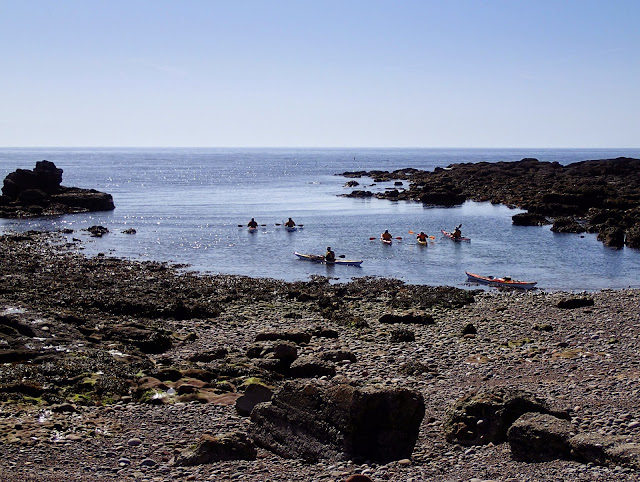 May 2015 was an untypically windy, cool and unsettled month.  Opportunities for sea kayaking on the north sea coasts of Scotland were more limited than usual.  So when a decent day's weather coincided with our availability, it was too good a chance to pass up.

We came from the south (Duncan and Joan), the west (Douglas, Mike, Phil and Maurice) and the north (Ian) to meet at Auchmithie in Angus.  Given the calling of two of our little group, the term "congregation" seemed most appropriate!

The harbour here is in a pretty delapidated state, the walls broken by winter storms and no boats operate from its shelter any more.  But this was once a thriving fishing harbour and is famed as the birthplace of a Scottish culinary speciality - the "Smokie", a dried haddock smoked over a fire of beech and oak chips, traditionally the fire is contained within a half whisky barrel - you don't get much more Scottish than that!  Nowadays known as "Arbroath Smokies", the whole tradition started at the tiny village of Auchmithie.

The morning was warm and sunny with light winds - just perfect.  Some of the trips on this blog can be followed in "Sea Kayak Stereovision" by also reading Douglas' blog, but this particular paddle is available in "Sea Kayaking TriVision" by checking out Duncan and Joan's blog starting here :o) 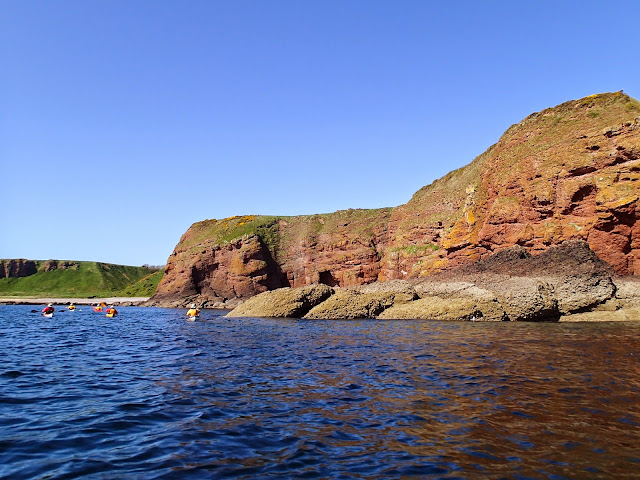 Straight out of the harbour our senses were assailed by colour, vibrance and noise - the red of the sandstone cliffs fairly "zinging" in the clear air against a blue sea and the emerald green of the grasses. 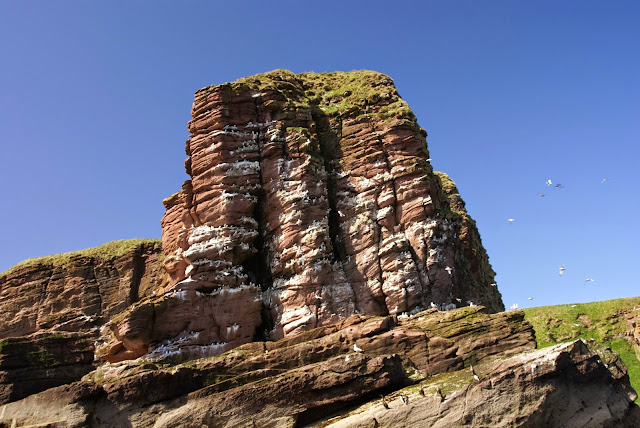 We headed south; quickly arriving at Lud Castle, a sandstone outcrop once crowned by a promontory fort.Perhaps this fort once resounded to the clamour of armed men, but today as when the fort was in use the clamour in Spring and Summer is primarily avian, a cacophony of seabirds. 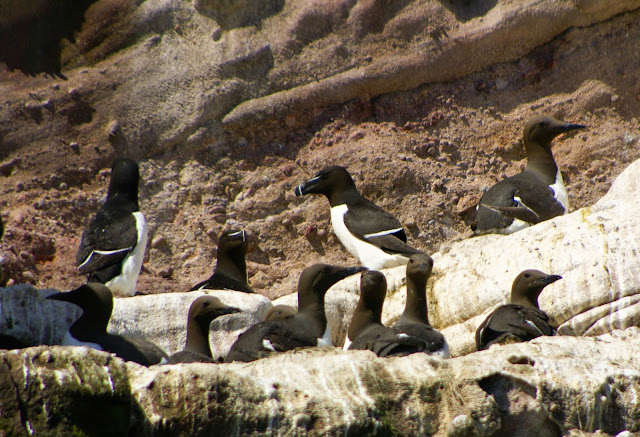 Every space on the ledges of the headland is crammed with nesting birds- Guillemots, Razorbills and Kiitiwakes - and we were treated to a great experience in sight, sound and smell.  But this wasn't the closest we got to the birds..... 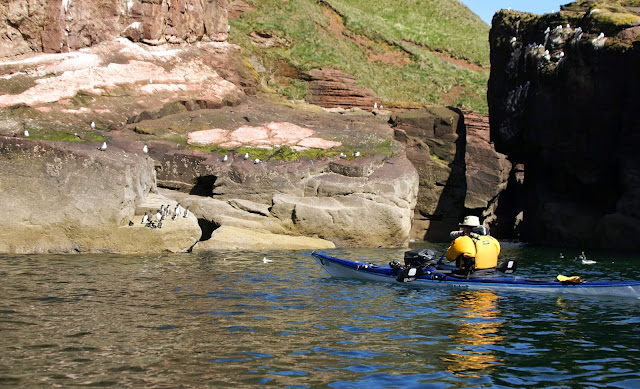 ...the birds here seem to be very confiding and unfazed by the presence of sea kayaks.  We moved slowly among blizzards of flying birds and squadrons of birds on the sea.  At times they were too close to focus our cameras on...... 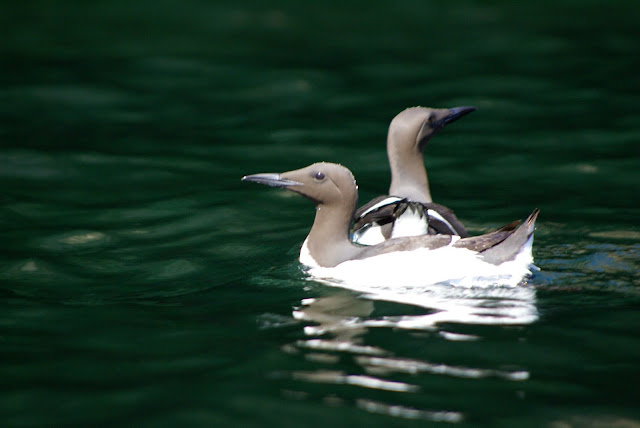 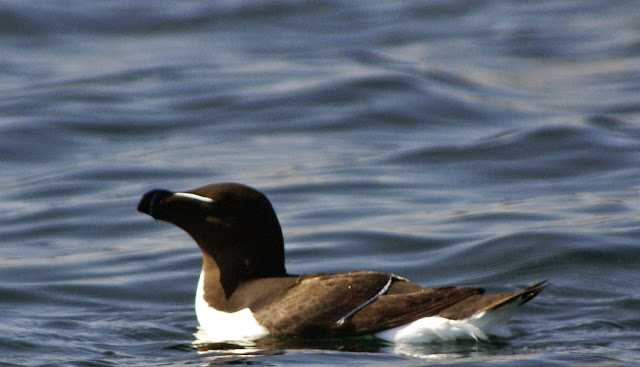 ...of these ocean dwelling birds, thirled to the land for a few short weeks.  We were spellbound by their confiding nature and our pace dropped to a crawl....
Posted by Ian Johnston at 21:28