Luncheon in a lost world 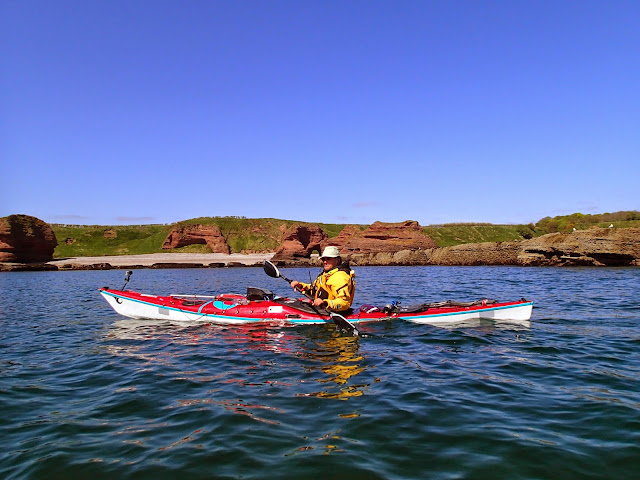 After enjoying the passage of Gaylet Pot we emerged back into the bright sunshine and continued south, following the shore around Carlingheugh Bay. Whilst not quite as dramatic a coast as the cliffs and caves to both north and south, there are some great rock formations along the shore of the bay; definitely not a place to paddle "headland to headland"! 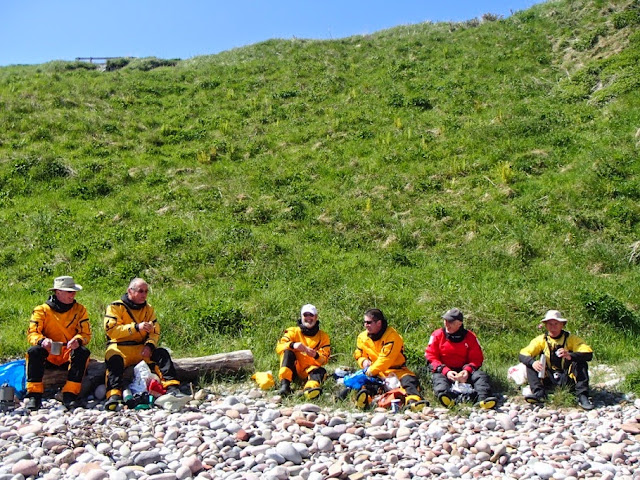 Duncan knew of a  good luncheon spot, a pebble beach which could be approached by a channel through rocky skerries and shelves.  We lingered over first luncheon, just enjoying the place, the welcome sunshine and the company - why rush on a day like this?! 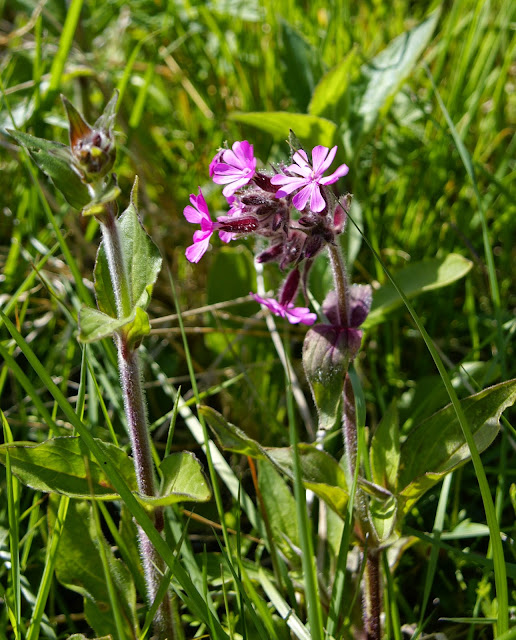 The grassy slope at the back of the beach was awash with wildflowers; Spring's flourish on the coast.  Prominent amongst the flowers were Red Campion (Silene dioica), a favourite of mine to the point of having planted some in my garden.  It's reliable and colourful ground-cover with hairy stems which catch the morning and evening light wonderfully, but it does tend to spread quite profusely in a garden!

Our corner of the bay was sheltered and would be quite tricky to access from inland; it felt a little apart from the world.  We explored a bit of the shore on foot and what a marvellous place it is.... 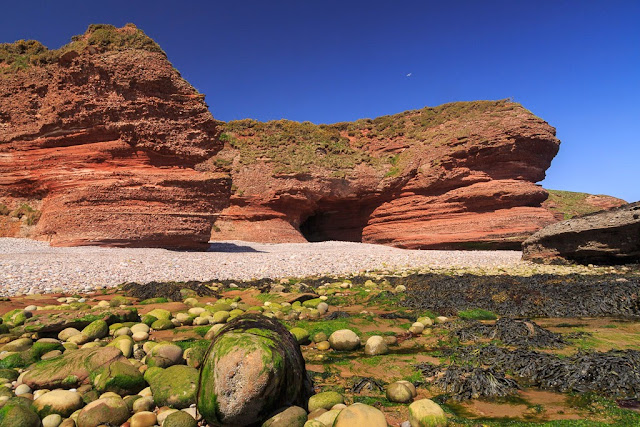 Douglas took this stunning image which captures the colourful scene to perfection, from the vibrant green of the shoreline weed to the pale pebble beach, the startling red of the sandstone cliffs and the flawless blue of a Spring sky - a real riot of colour.

The geology of the Angus coast is complex and fascinating.  A great little trail guide leaflet about the geology and features of the coast between Arbroath and Auchmithie can be downloaded from here 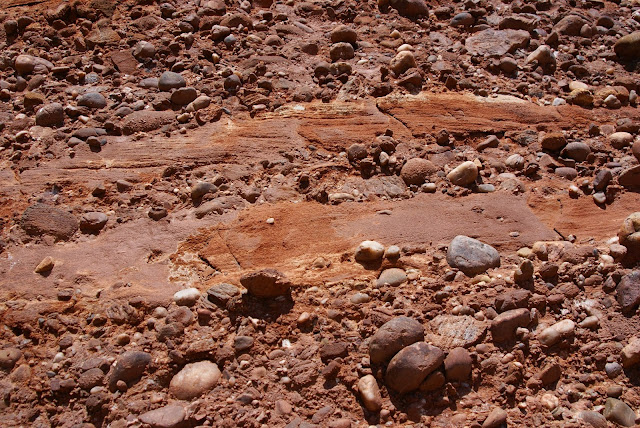 Looking a bit closer at the sandstone reveals a record of a very different world of some 400 million years ago, when this part of Scotland lay south of the equator in a desert belt.  Periodic and catastrophic floods caused two river systems to deposit huge quantities of waterworn pebbles carried from an ancient mountain range.  The rocks are classified as Devonian Sandstones, and both Upper and Lower Devonian are represented along the coast in close contact.  The dry periods can be clearly made out in the rock together with the flood deposits.

Subsequent tectonic movement and severe weathering have resulted in desert rocks appearing here at the northwest of Europe, leaving marvellous rock formations and a window to a lost world, as well as the fertile red soils of the Mearns farmland. 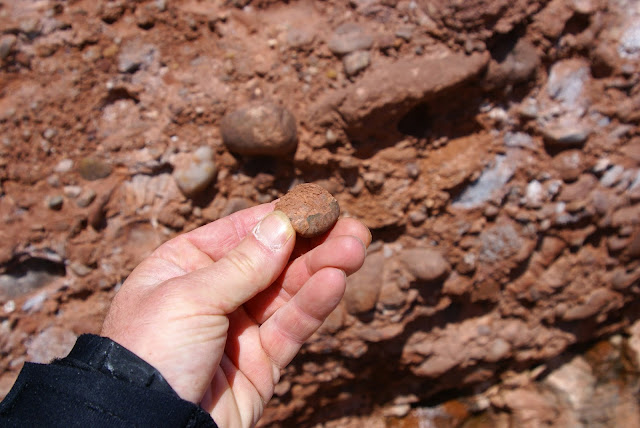 You can even hold a part of this lost world - some of the material carried from high mountains and down across a desert landscape by a raging river are loosely embedded. This is the first time this pebble has been free from the sandstone in nearly 400 million years.....
Posted by Ian Johnston at 22:08