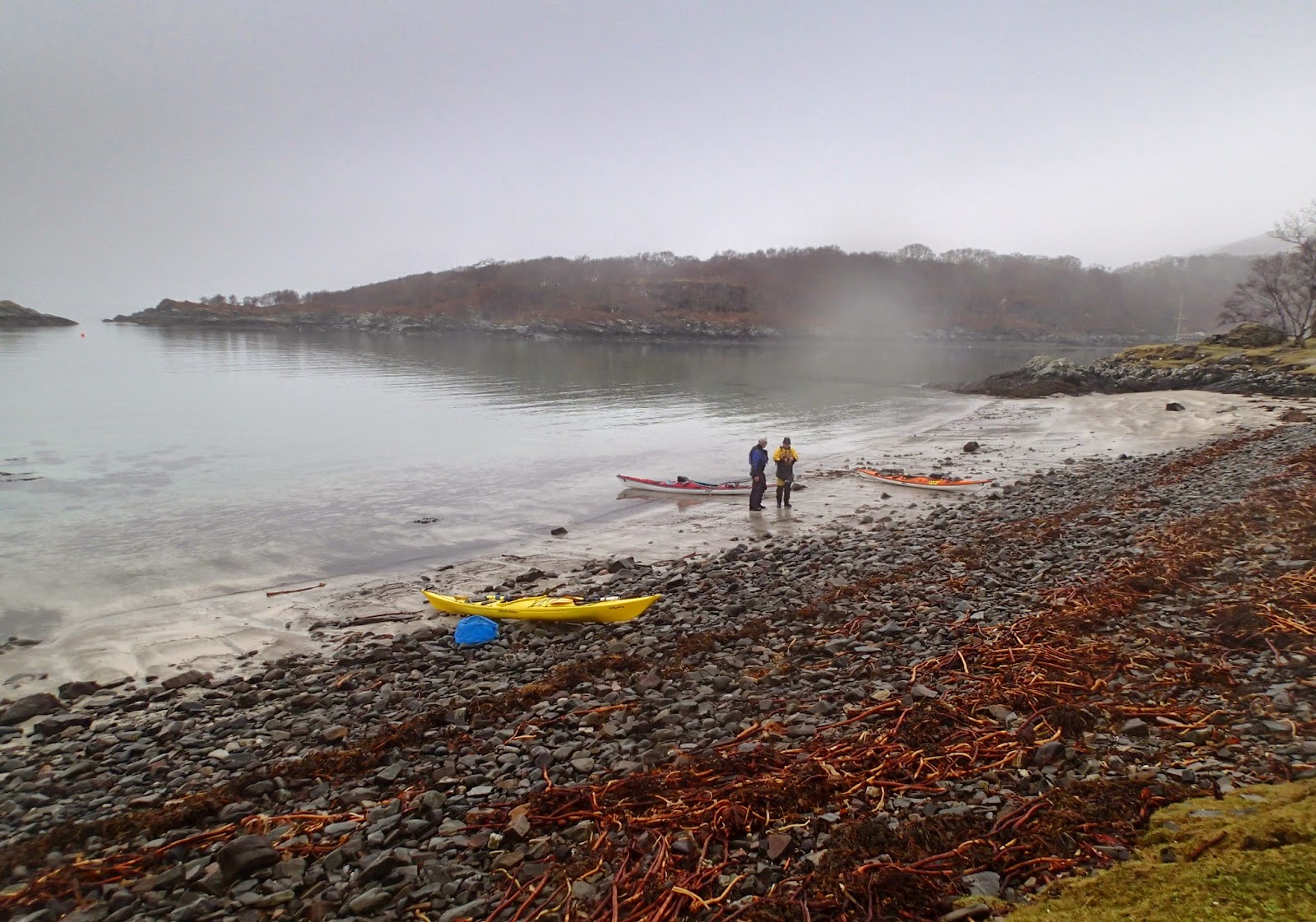 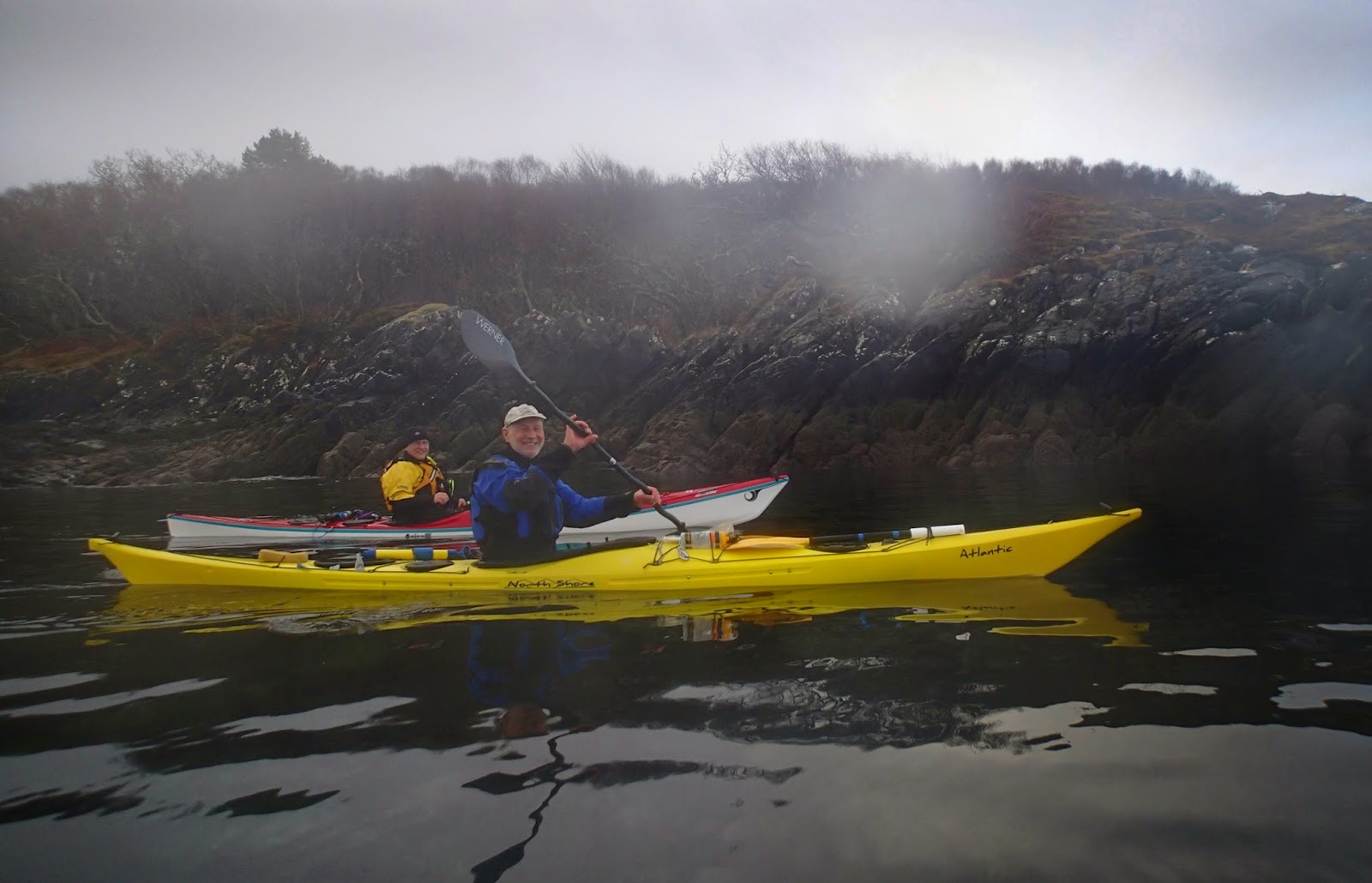 The fine, almost invisible misting of rain (the Scots word is occasionally used to indicate "smoke" too) continued as we paddled west along the rocky arm of Glenuig Bay, but with mild temperatures and a great paddle in prospect we were just happy to be out on the water on another winter trip. 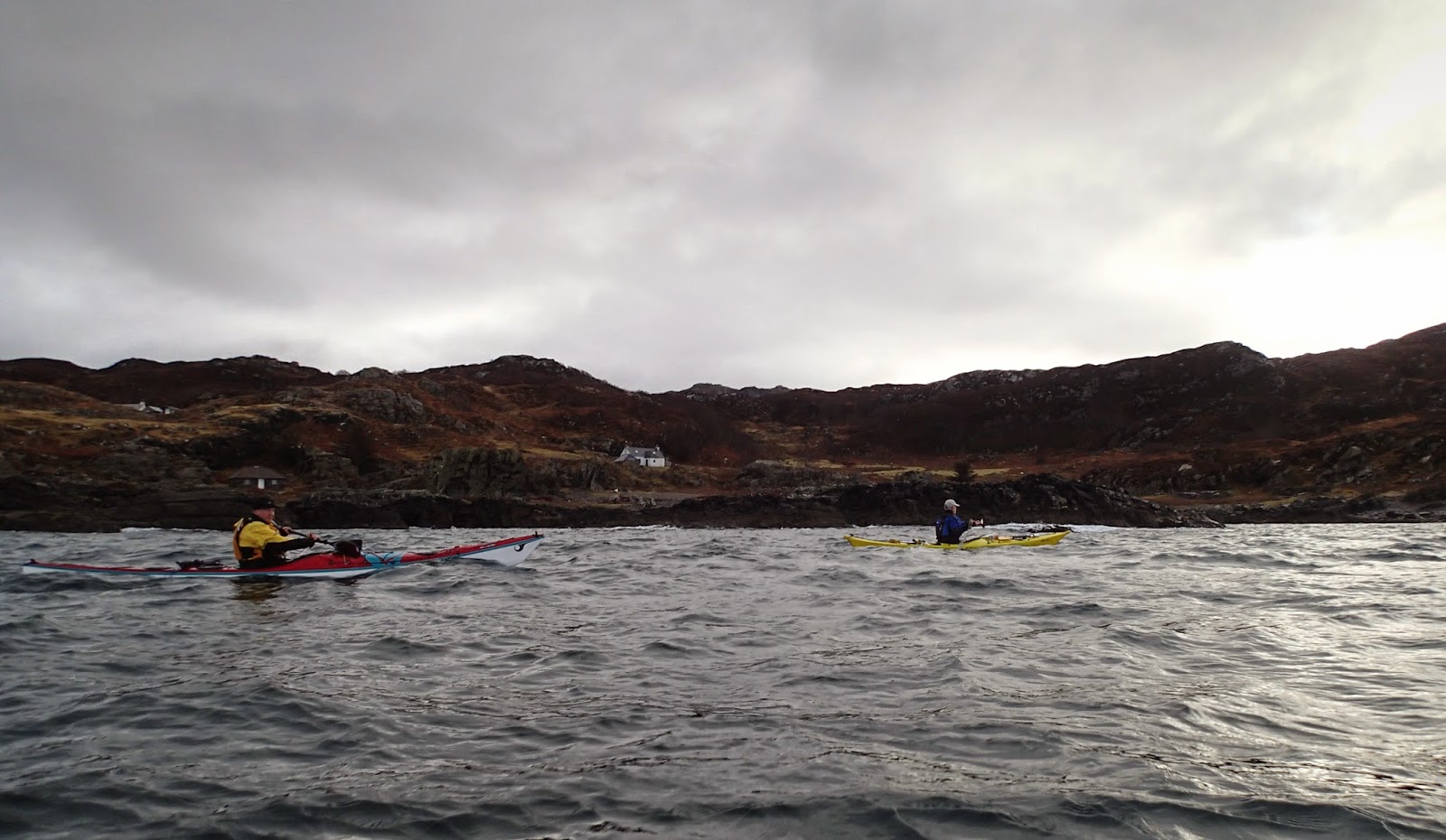 We passed inside a couple of rocky skerries and around a small headland to paddle along the shore below Smirisary. The previous afternoon I'd arrived early at Glenuig and decided to take a walk over to this interesting crofting township.  The public road from glenuig ends at the large Samalaman House, which was once a Catholic seminary.  From here there is no road to Smirisary, nor would it be possible to even get a wheelbarrow across the rough path - everything which can't walk must go by sea or on the back of a human or pony.  The track starts at a gate in the fence...... 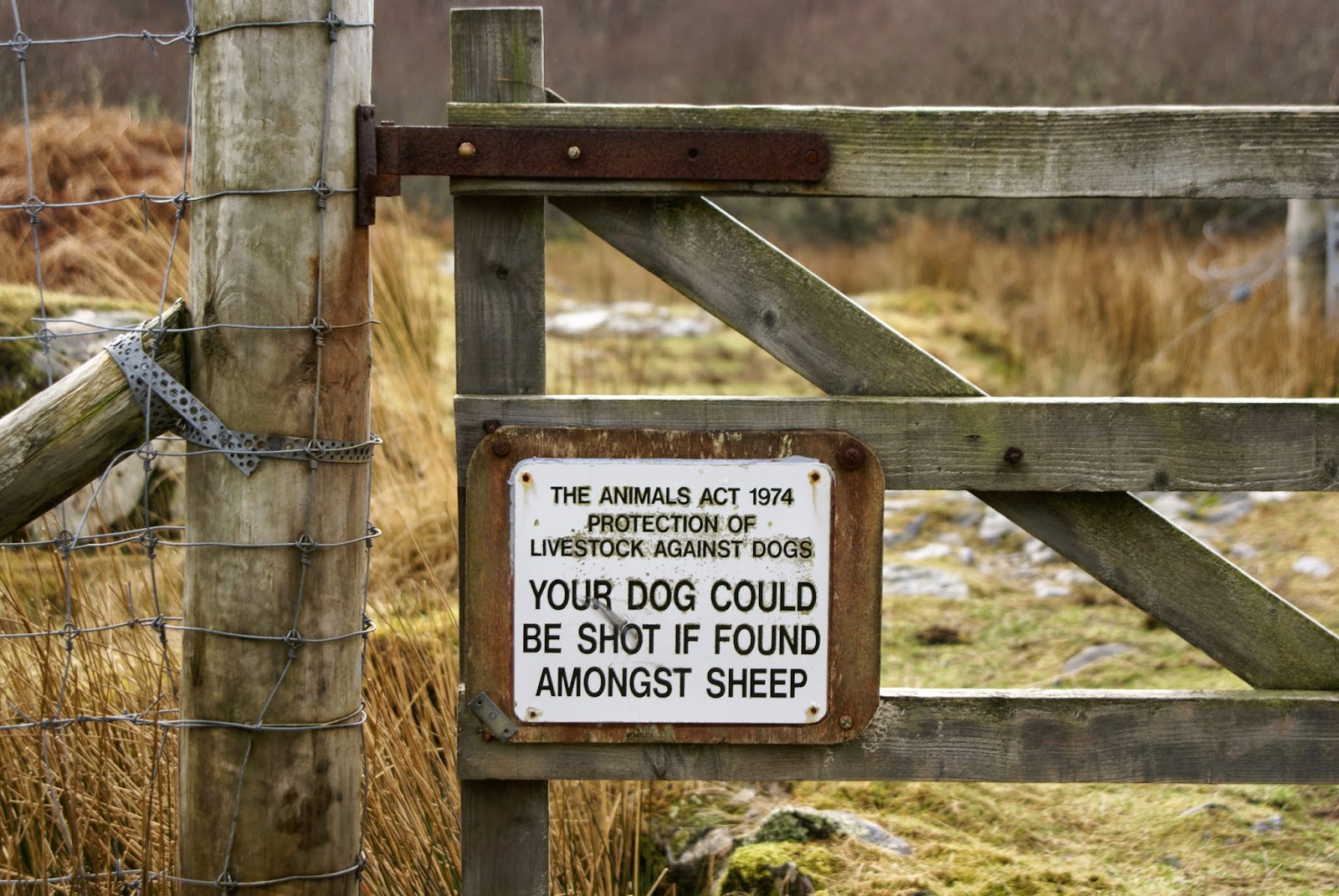 It's said that there is only one chance to make a first impression.  Welcome to Smirisary? 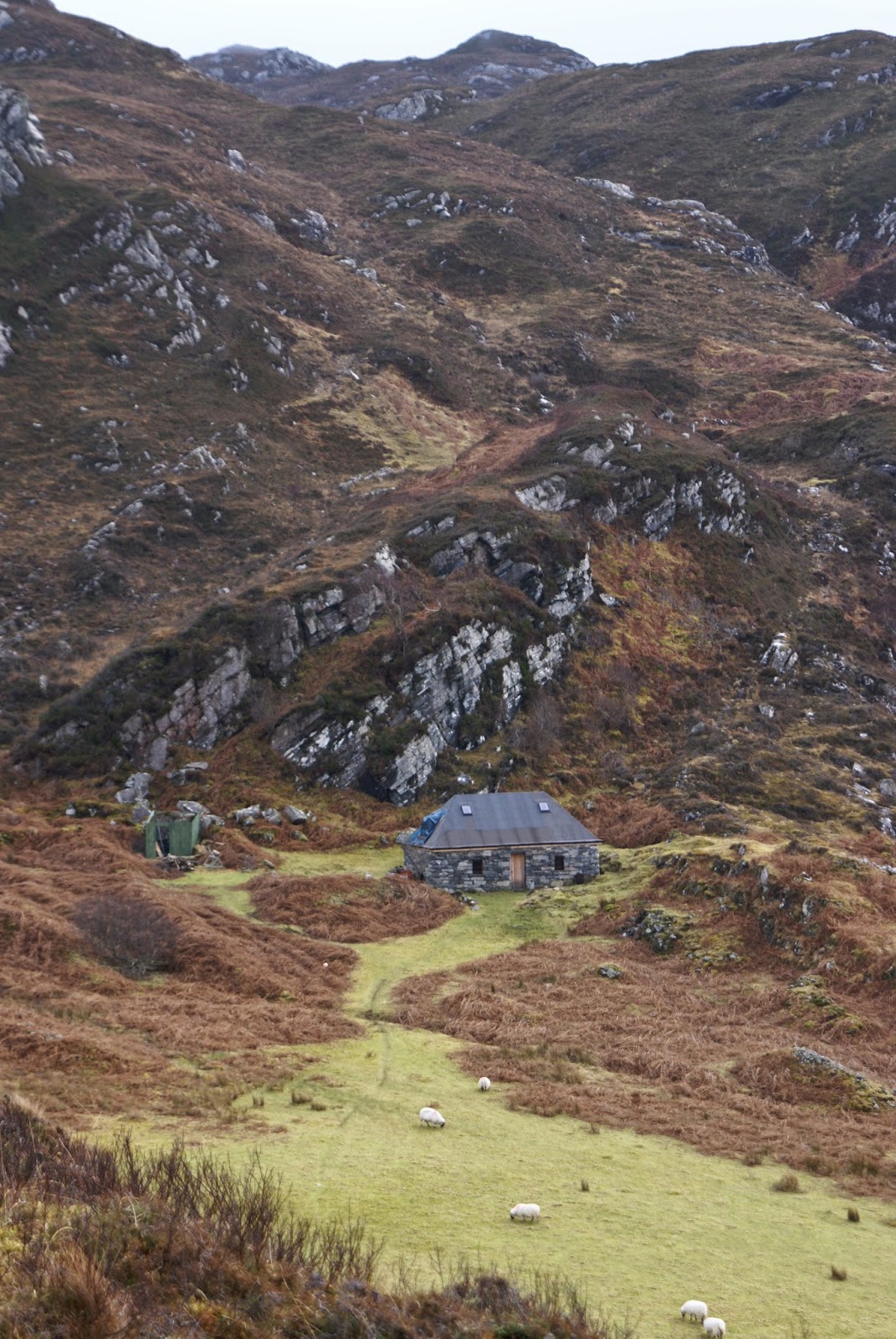 The track climbs gently over the crest of a crag which then drops steeply to ground with obvious signs of previous crofting use.  The first buildings come into view, hard up against the crags. 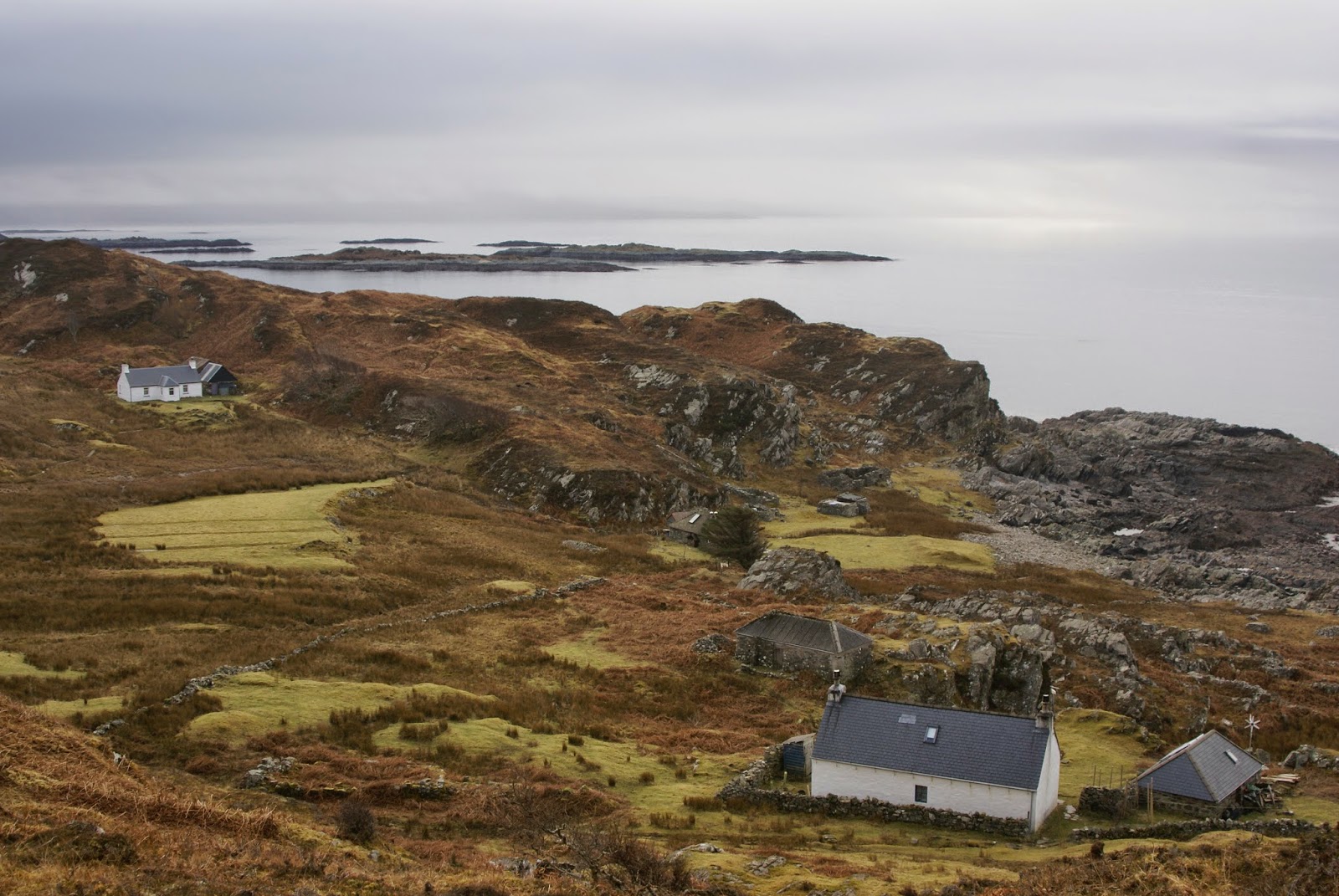 No crops appear to be grown here now but there is evidence of field systems and a network of drystone dykes separating the crofts.  It's known that the township was in full occupation in the 19th century and that at least one of the families who lived here were called McIsaac.  By the mid 1940's the last of the houses was empty and the township fell into disuse.

What marks out Smirisary is that unlike other former crofting townships in this area (there are good examples of deserted townships at Peanmeanach and on the Ardnish peninsula) it has been partially reocccupied.  Sheep now graze the ground where cattle would have been the crofters main livestock and the permanent residents gone. Instead of the unremitting year-round labour of crofting, the occupants and visitors (some of the houses are now holiday rental properties) of Smirisary come here for recreation and an "away from it all" experience - seeking that very remoteness which precipitated the abandonment of crofting townships pushed to the edge of the land. 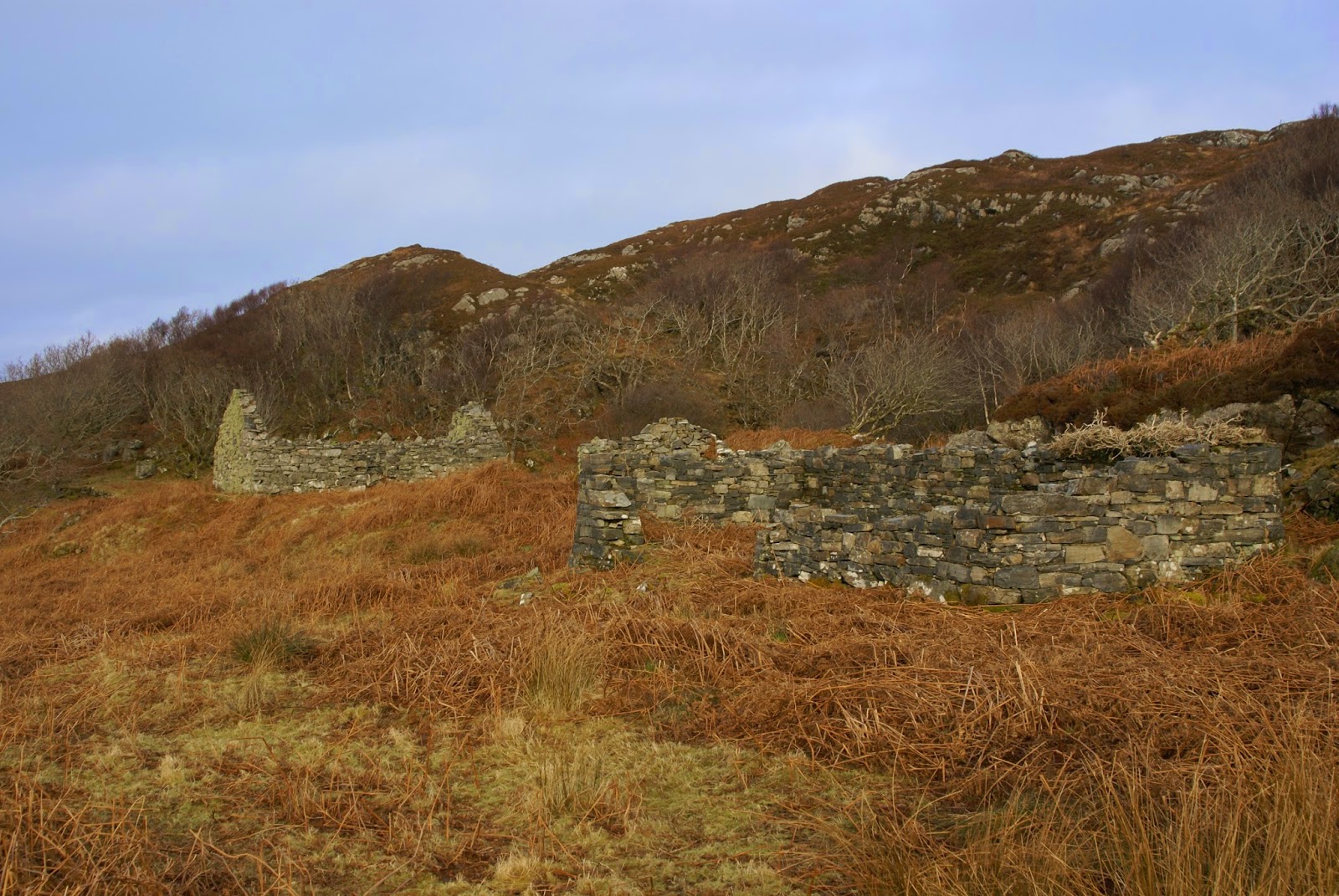 There are still ruined croft houses and buildings at Smirisary, evidence of how many families once forced an existence in this place. 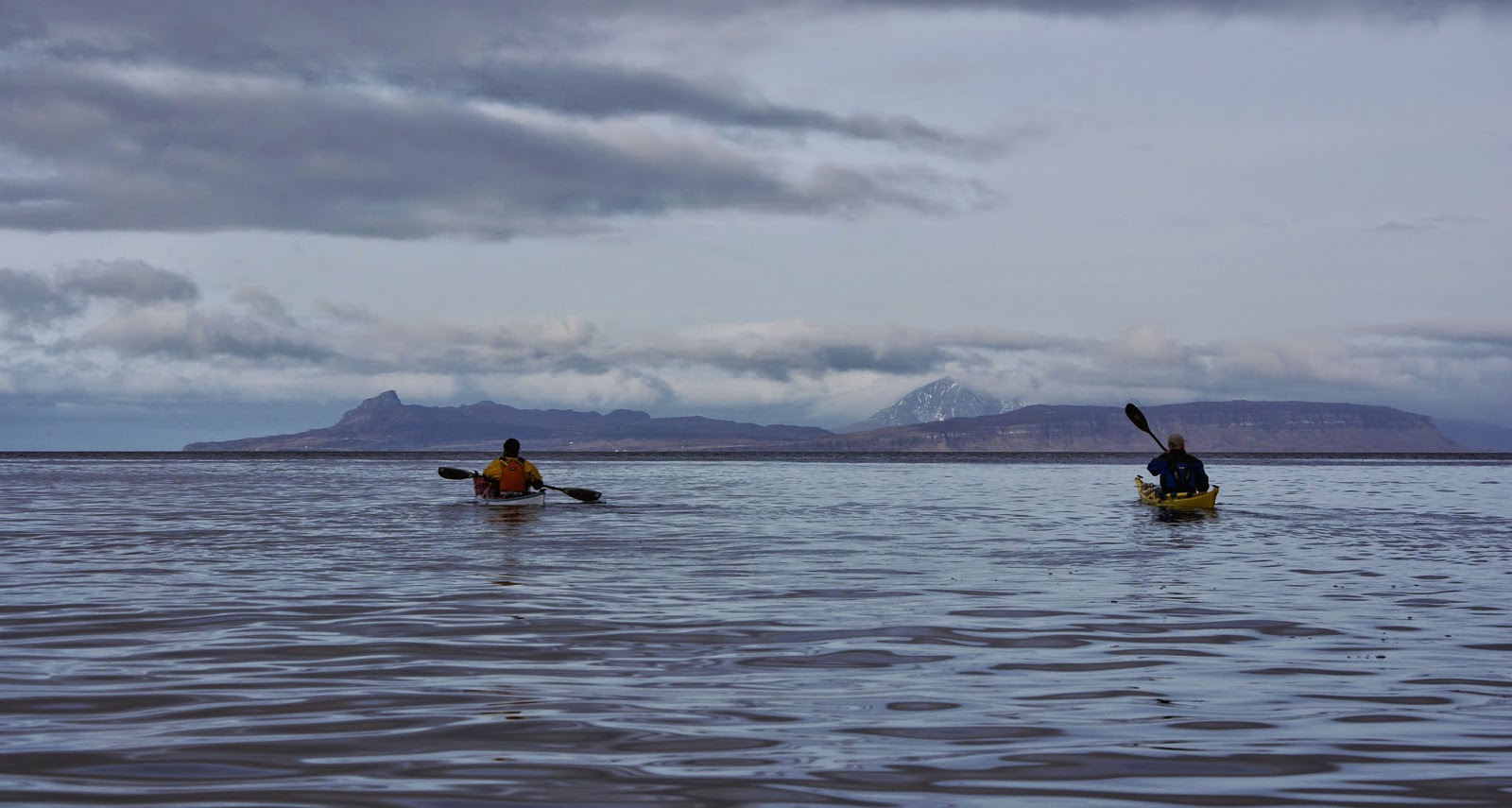 As we continued our paddle past Smirisary the smirr cleared through and the visibility improved dramatically.  Out to the west the islands of Eigg and Rum dominate the view, bringing memories of a superb winter adventure to the Small Isles. 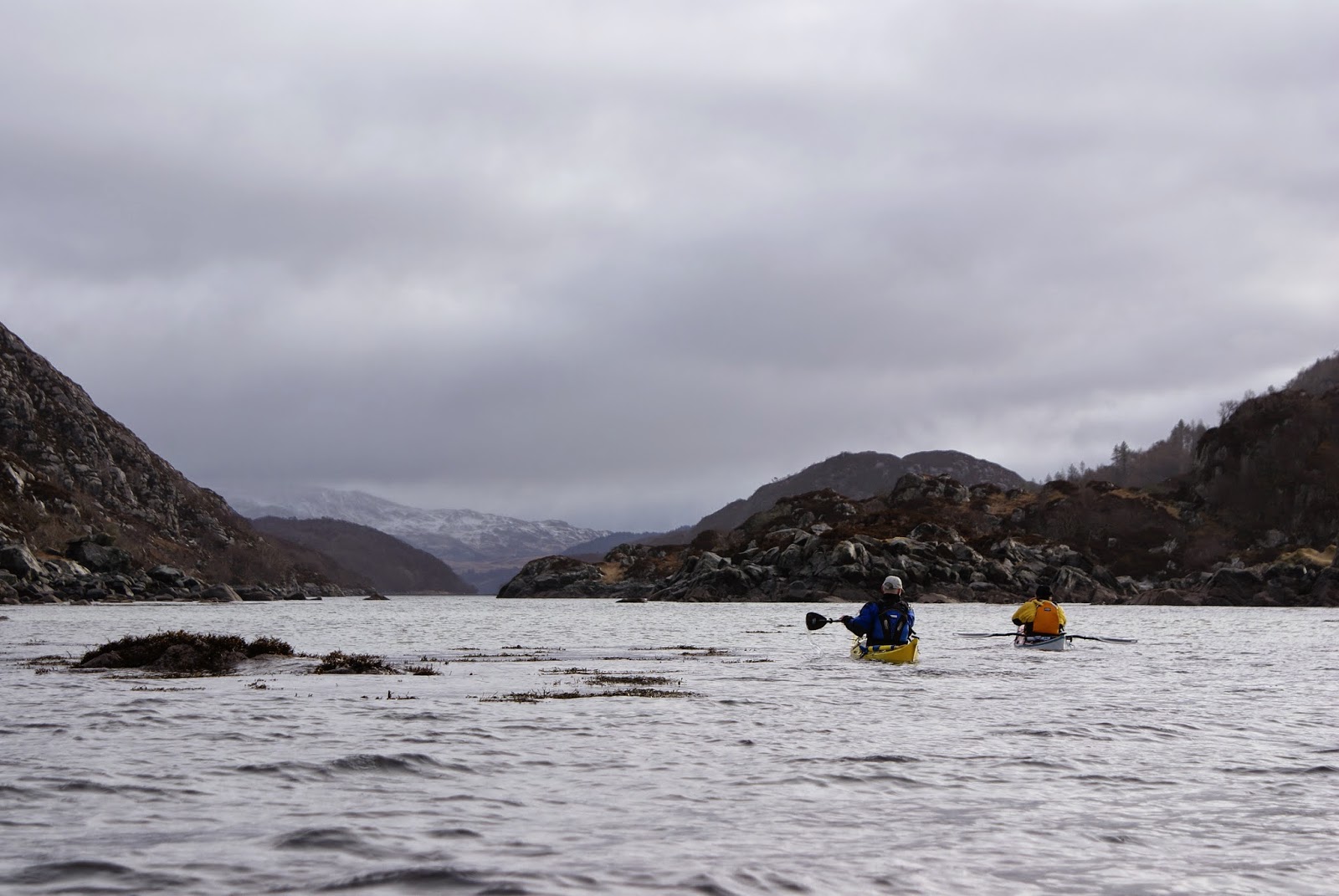 Our route today took us south and then east to enter the north channel of Loch Moidart with the mainland on our left and Eilean Shona on our right.  Ahead we could see water to the limit of visibility in the channel - a good thing as below half tide this passage partially dries revealing a kilometre of sticky mud and sand.
Posted by Ian Johnston at 09:36