A melted fort on a Burnt Island 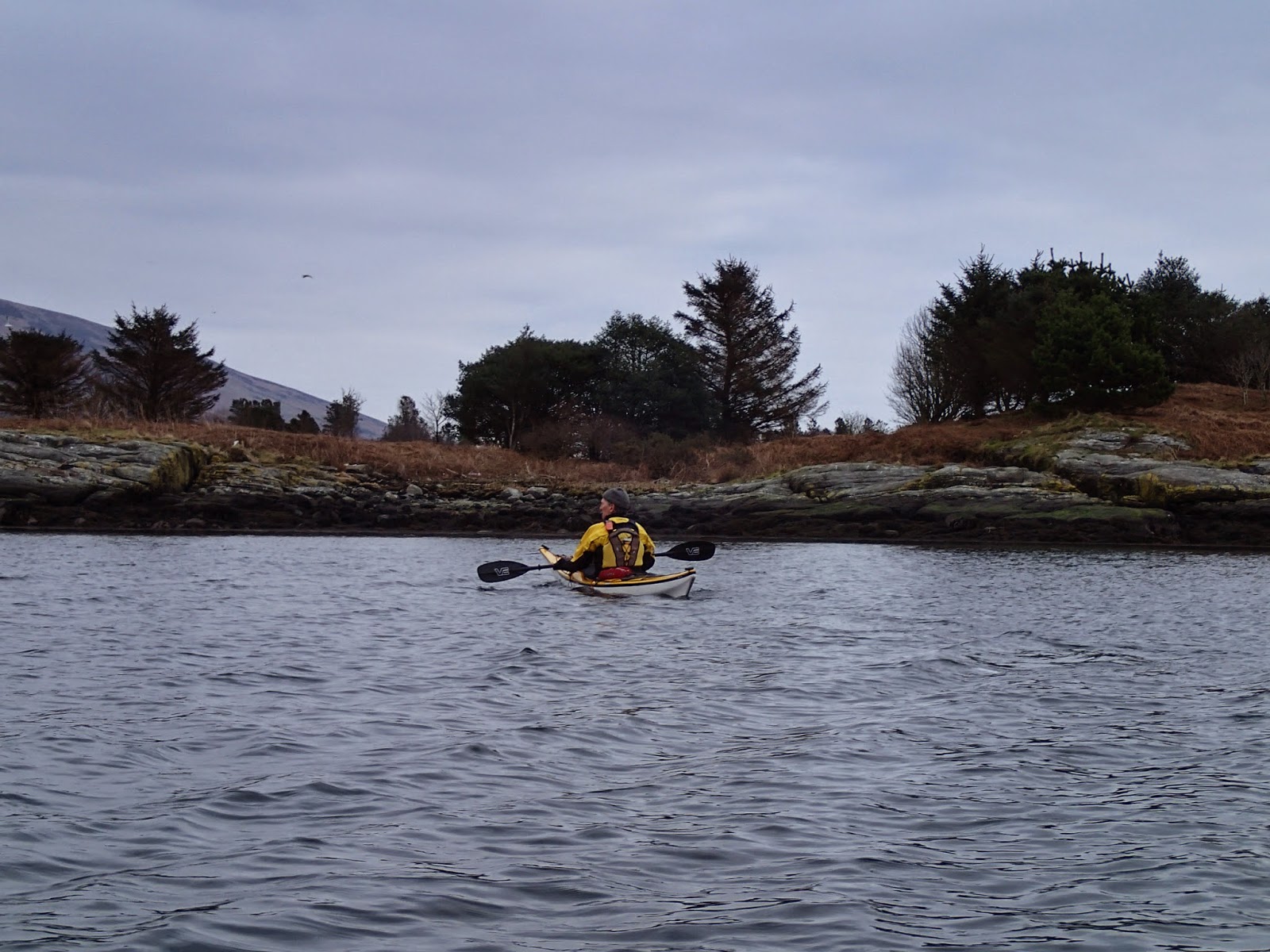 The final part of our day in the Kyles of Bute was visiting the Burnt Islands, a collection of three small islands at the top of the East Kyle.  We arrived at the largest of the three, apropriately named Eilean Mor (Big Island) just as the tidal stream was turning, but didn't land as the gulls were already in residence and it's a noisy place in the Spring. 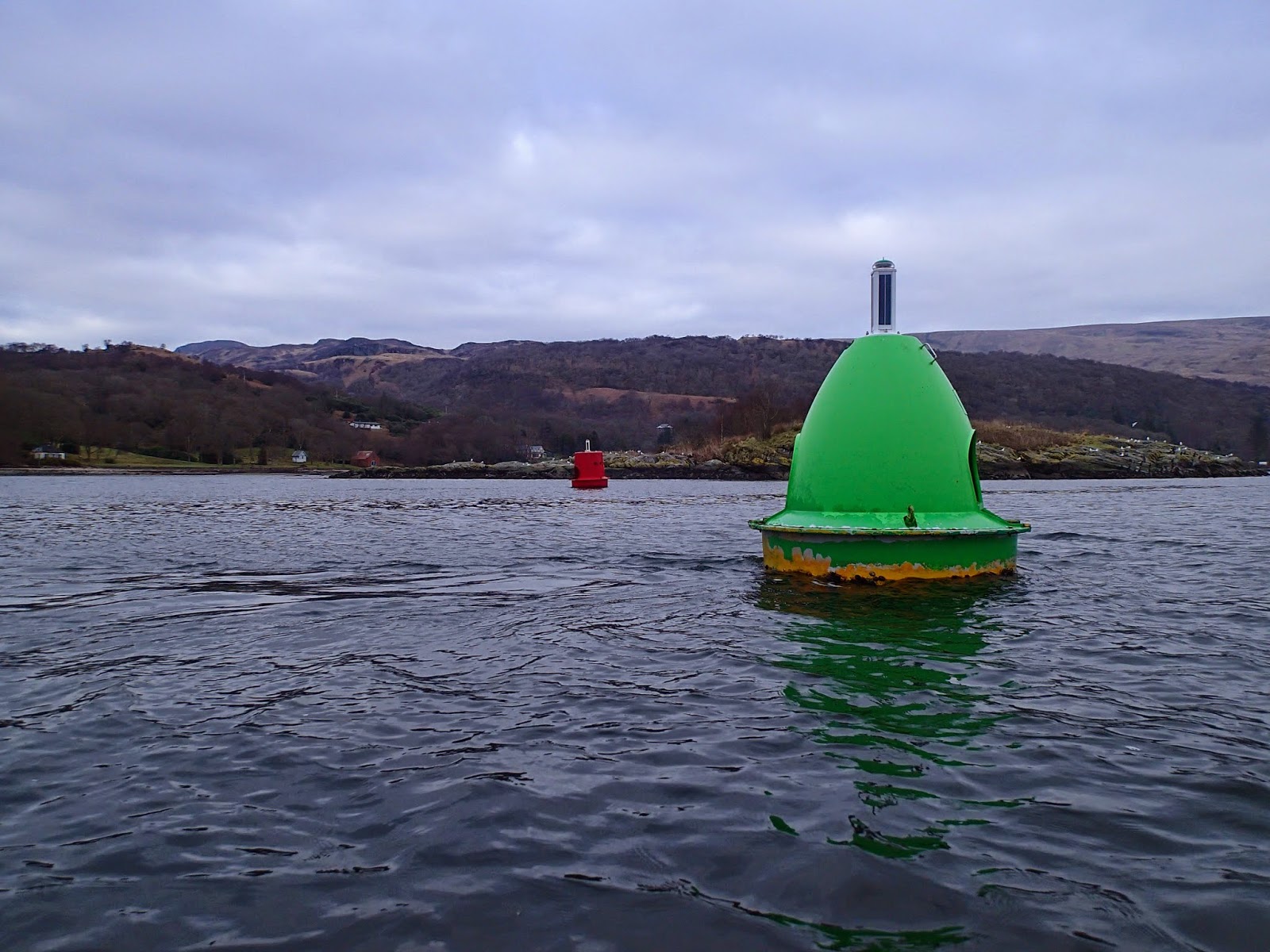 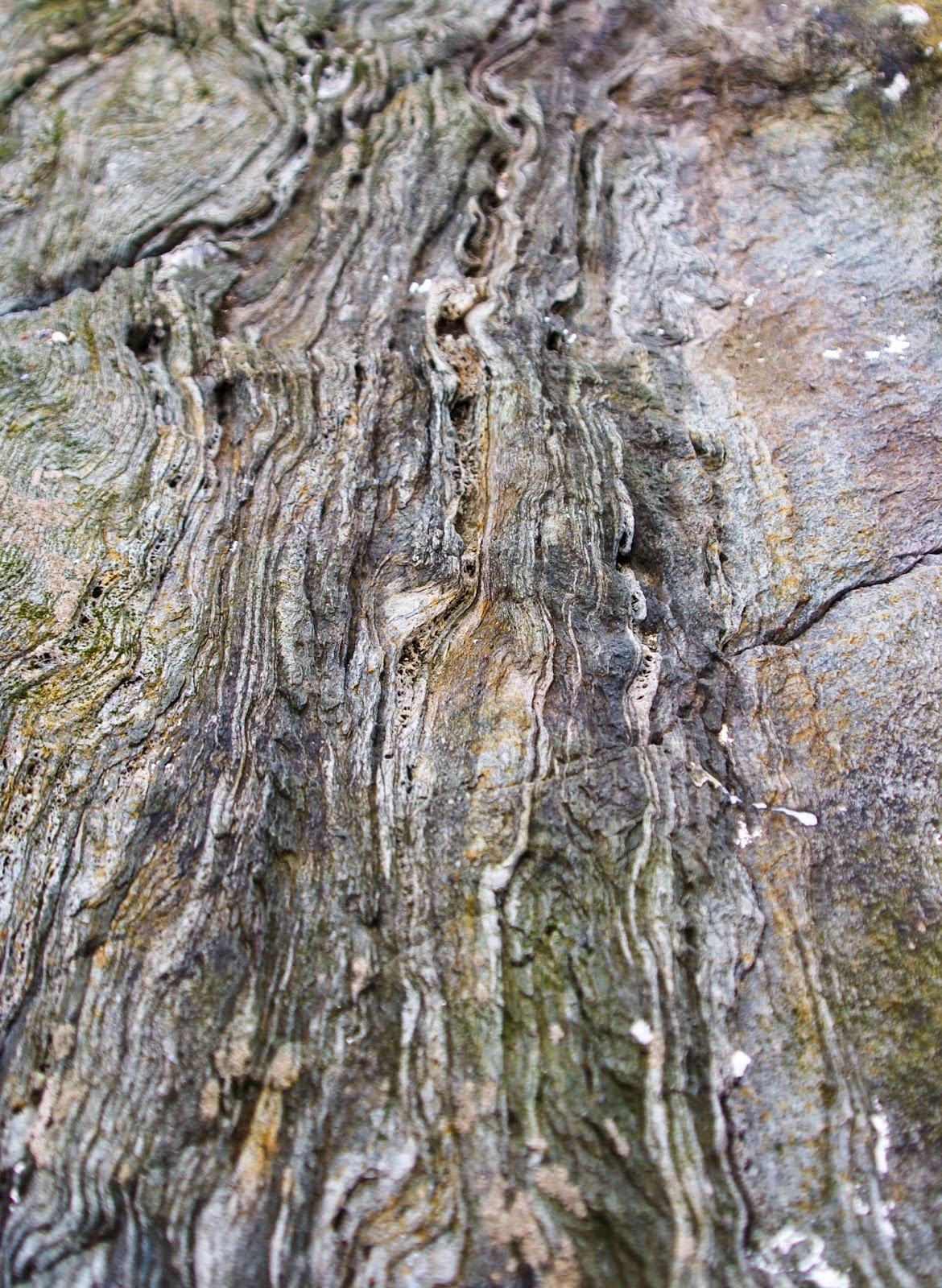 We landed on the smallest of the islands, Eilean Buidhe (yellow island) simply because none of us had done so previously.  The rock on the shore has some wonderful textures and patterns. 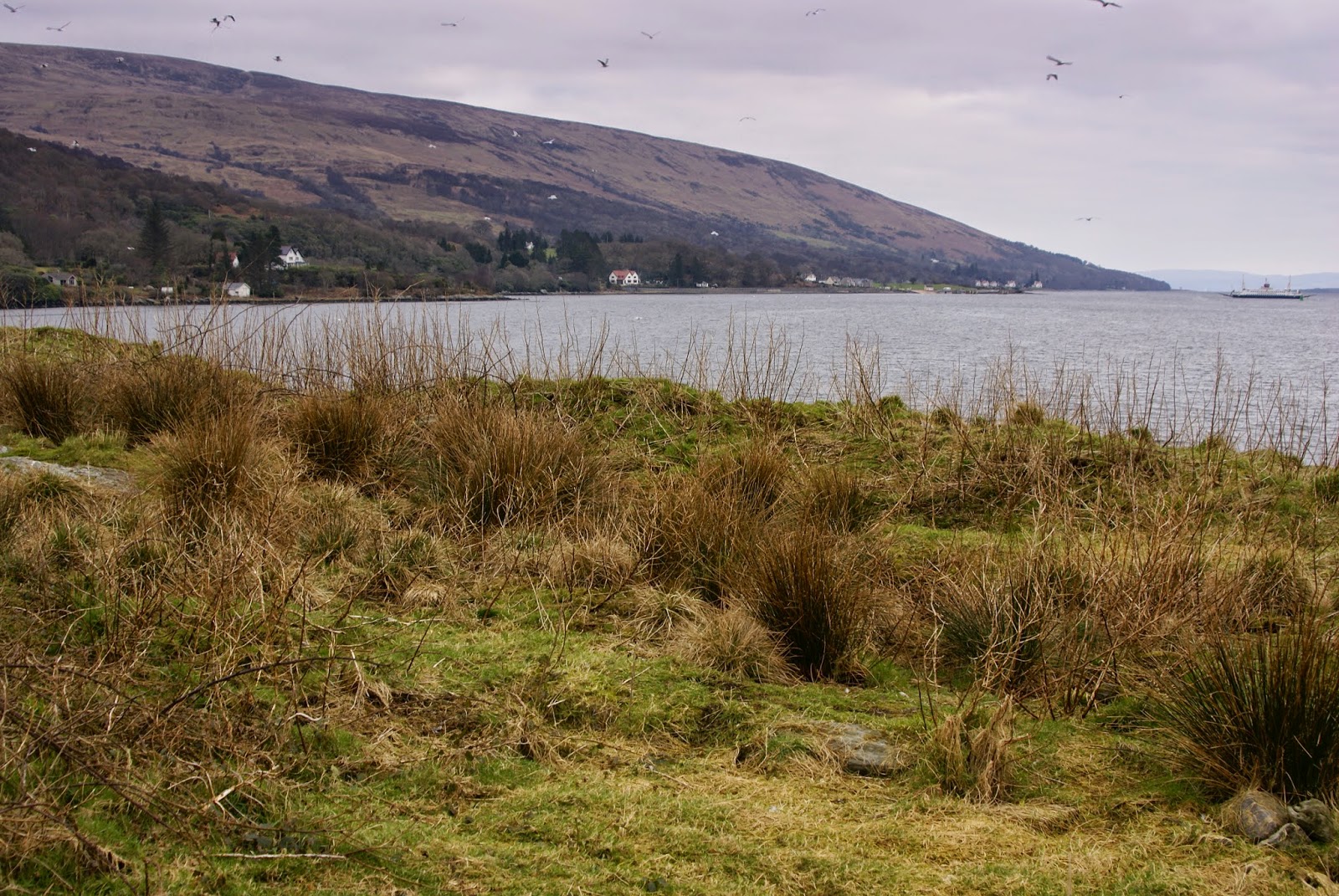 The remains of a vitrified hillfort can be found on this island, though the visible evidence isn't too obvious - a low bank enclosing a flattened area.  It must have once been in a very strategic position to control sea traffic through the Kyles although defensivley it doesn't seem to have been very strong.  The main defence now is the profusion of brambles across the whole island - a few weeks later and we wouldn't have been able to reach the fort at all.

In the distance the Colintraive - Rhubodach ferry can be seen leaving the mainland for the short crossing to Bute, a few hundred metres only at this point.  Our cars were waiting at the parking area adjacent to the ferry slip and our short day out was nearly over.   We paddled and sailed just 16 kilometres on this trip, but managed to pack in two luncheons, musical entertainment, great kayak sailing conditions and good company.........