A blast in the Kyles of Bute 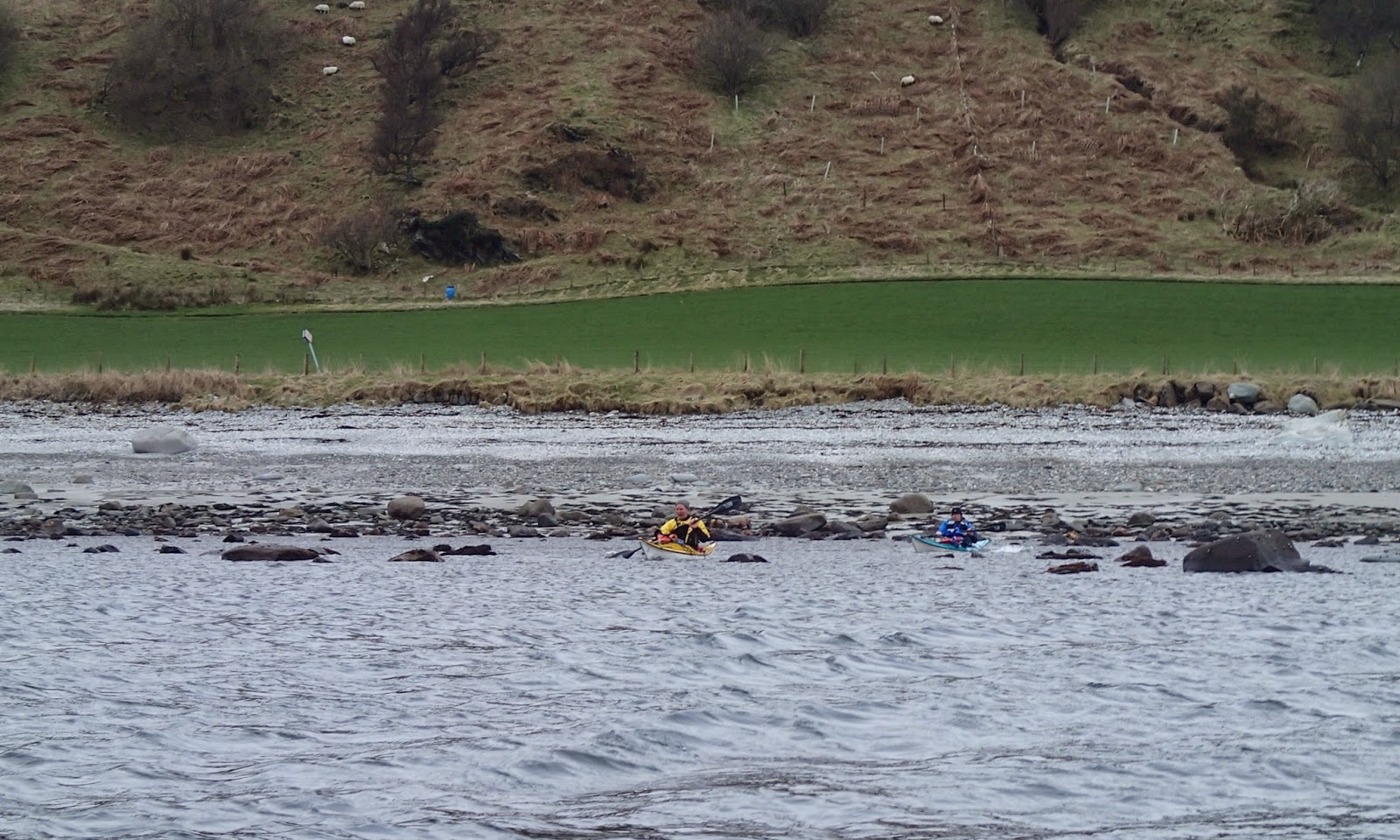 Whilst visiting relatives on the island of Bute I was able to meet up with David, Phil and Douglas for a paddle.  The weather forecast predicted southeasterly winds of F4-5 so we chose to start our trip at Kildavanan on the west coast of Bute, paddle up the west Kyle and through to finish at Rhubodach at the top of the east Kyle where we'd pre-positioned our cars.  It was a tricky launch through rocks at low water, but this was preferable to carrying the boats for half a kilometre across the sands at nearby Ettrick Bay. 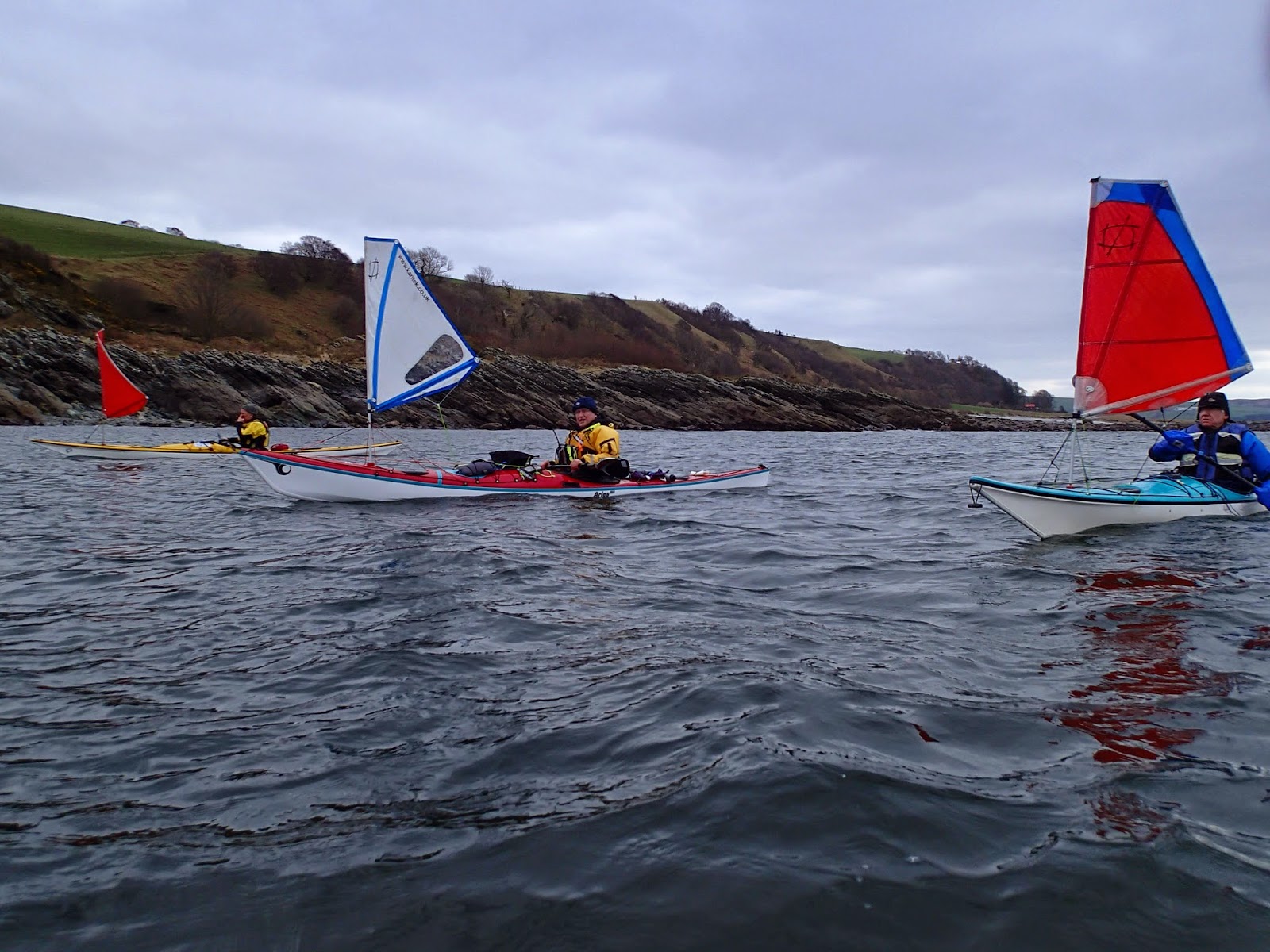 There was already a steady breeze blowing when we started out, so the sails went up as soon as we were clear of the shore.  We made a gentle passage north for a couple of kilometres before I needed to stop at a small sandy beach to adjust the seat in my boat; also the perfect opportunity for a hot drink to warm us up a little.... 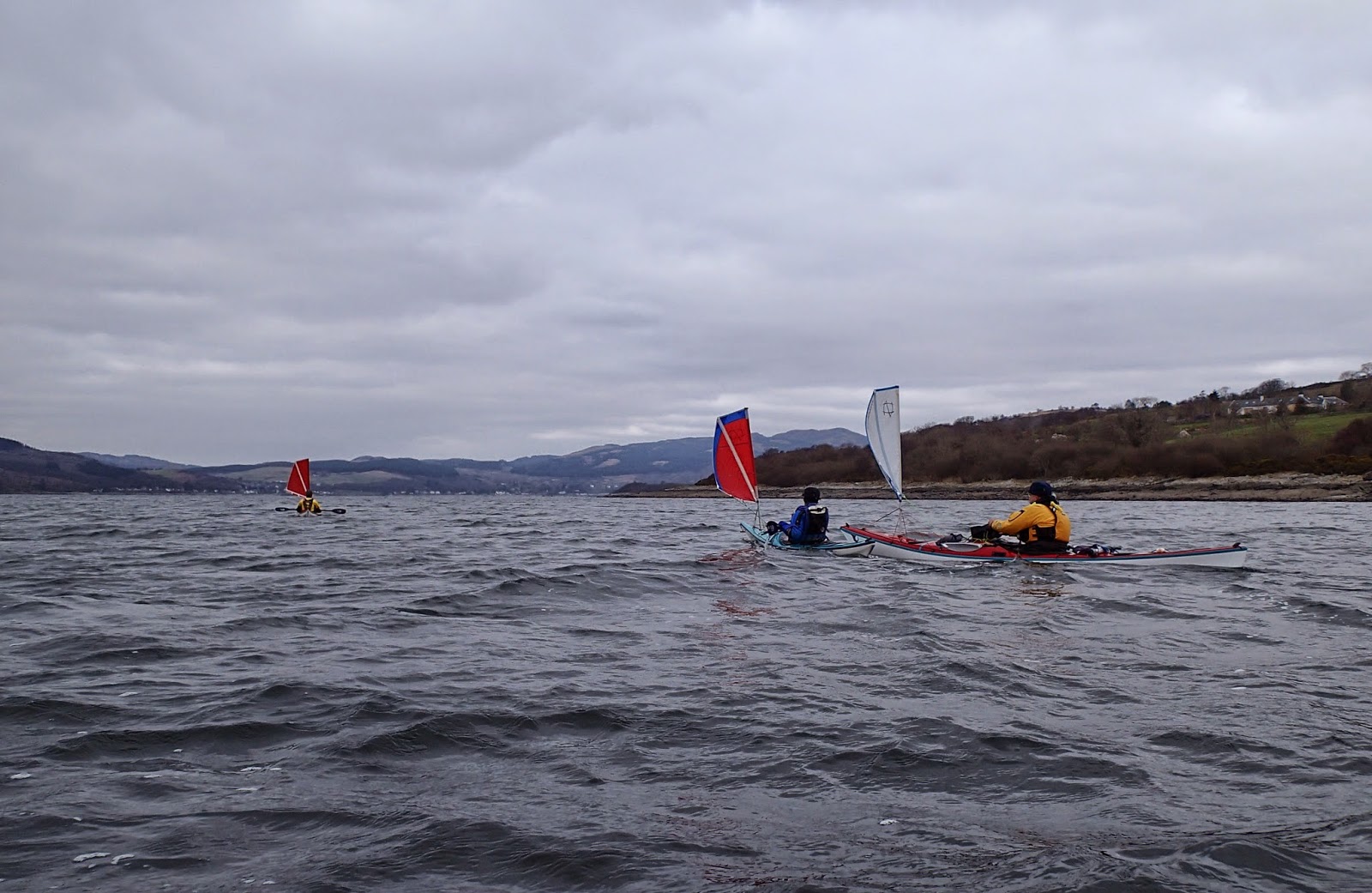 Back underway and the wind was picking up nicely to give us a good push along. This is sea kayak sailing rather than plain sailing so we kept up a steady paddle cadence but in terms of effort expended it really felt like kiddy-on kayaking in the Kyles!  This seems to me to be the real advantage of a sail on a sea kayak; the opportunity for the sail to assist rather than replace the paddle, increasing speed and decreasing effort in suitable conditions. 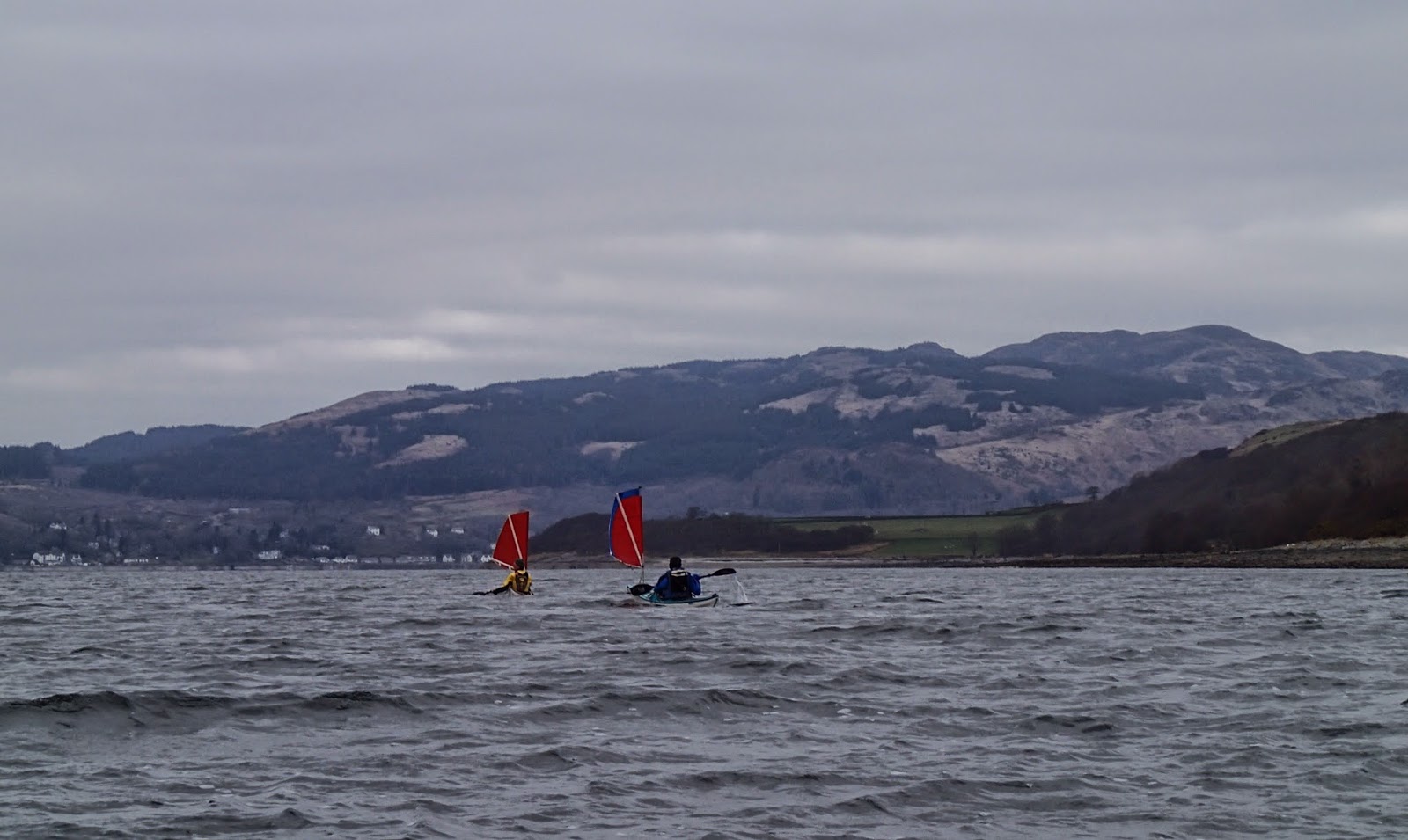 We had decided to cross to the Argyll (mainland) side of the west Kyle for a rather specific reason and as the wind continued to rise so did our speed.  Shortly after I took this image we got a sudden increase to the F5 predicted in the weather forecast and simply flew along on a broad reach straight towards the village of Kames.  I enjoyed this downwind blast enormously; the maximum speed we recorded was 14.5km/h or nearly 8 knots; more than twice the maximum sustained speed we could have achieved by paddling alone - and it was such exhilarating fun too! 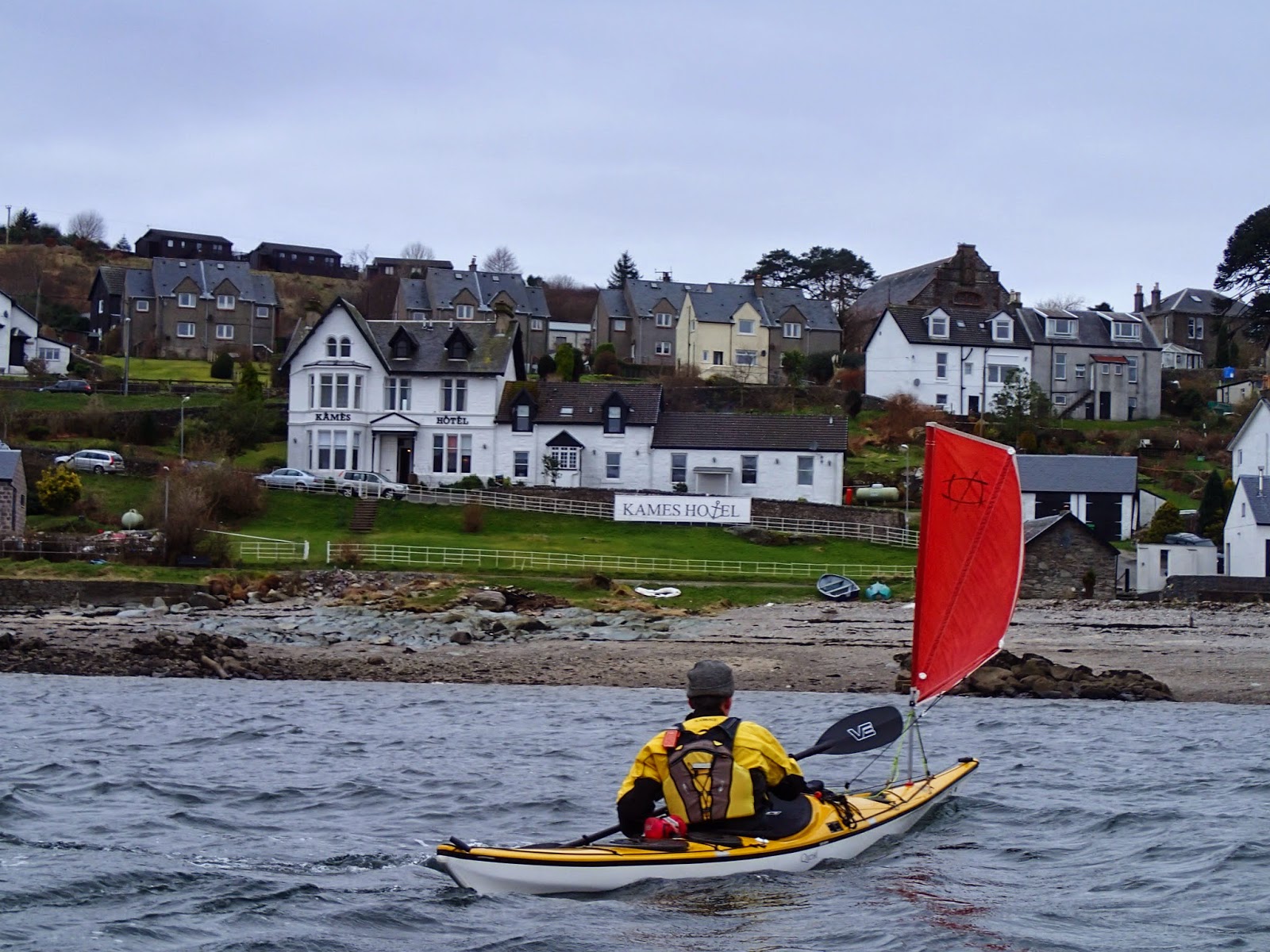 We sped like arrows towards the Kames Hotel, the large sign outside provides a great aiming point, our speed slackenening only slightly as we neared the shore...... 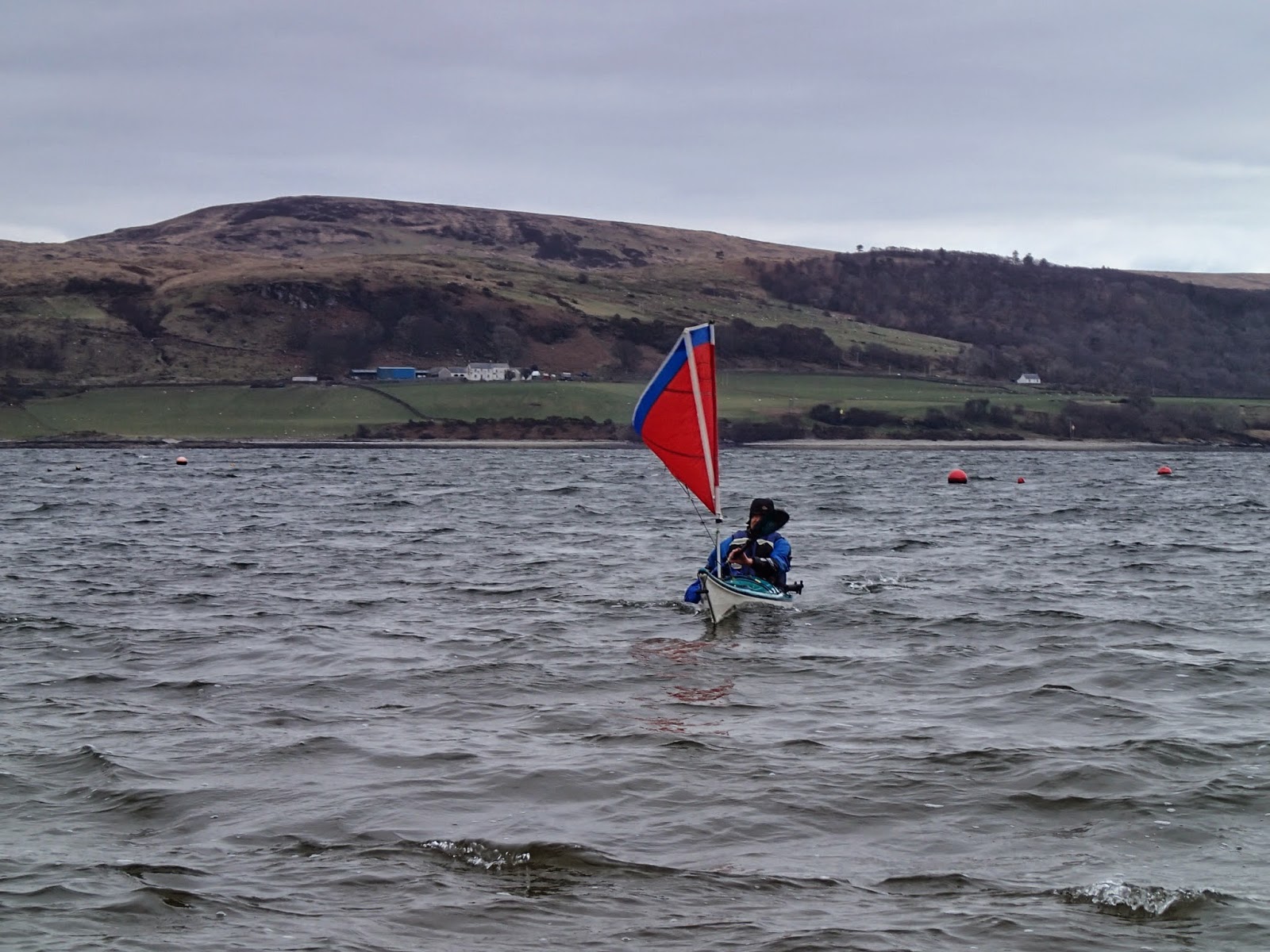 .......indeed David approached at such a lick that we thought he might be aiming to sail straight up the beach and into the hotel.... 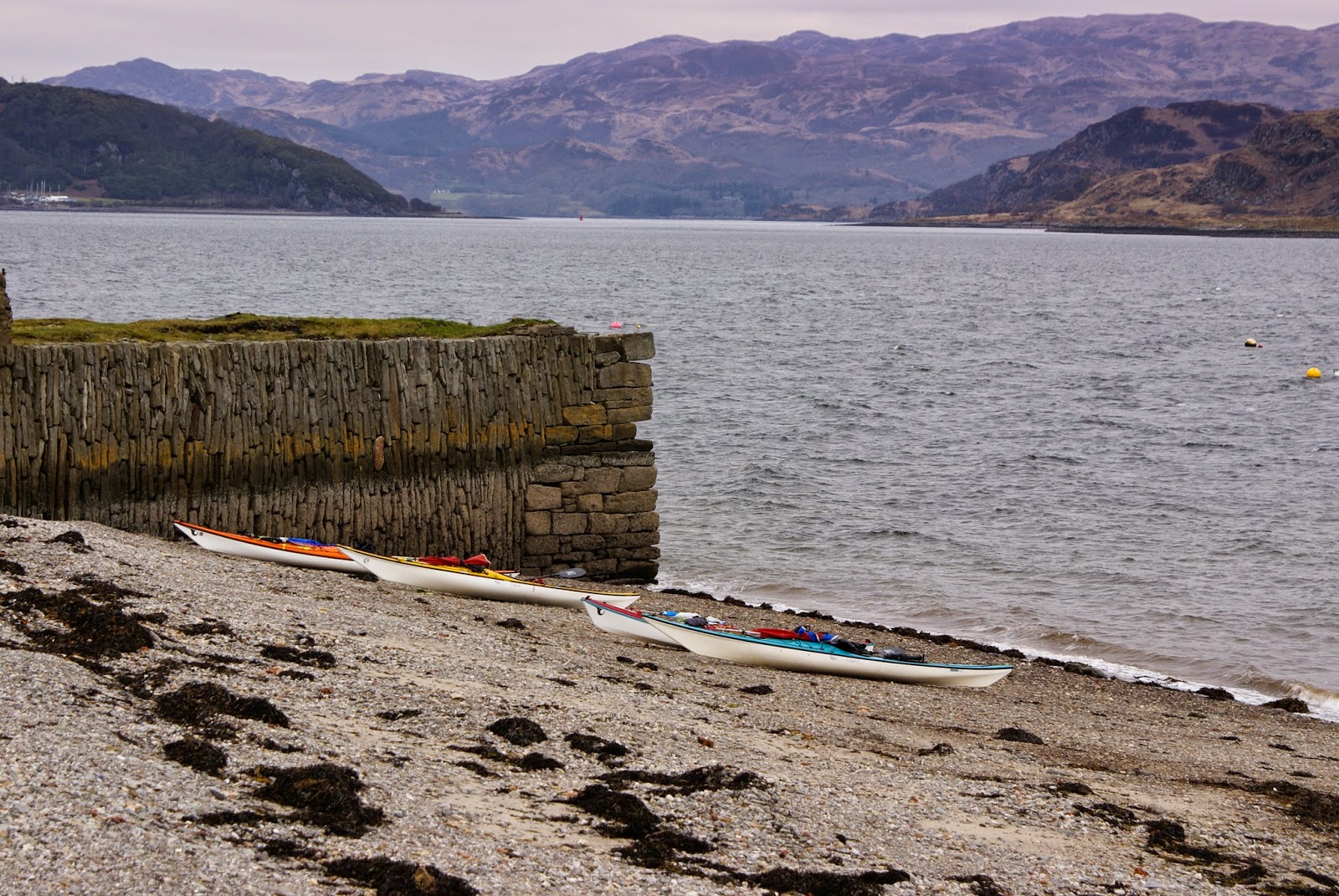 Once we were landed and the sails were stowed, complex mathematical calculations were conducted to determine just how far up the beach the boats should be carried to allow a relaxed luncheon - conservation of energy being key on a kayak sailing trip :o)
Posted by Ian Johnston at 18:19