A crossing to Eigg

Scotland's weather in Summer 2018 has been some of the best in living memory with long spells of settled, warm and dry weather. In the first part of June, Mike and I decided to take advantage of a settled forecast to make a trip which would involve a couple of long crossings. 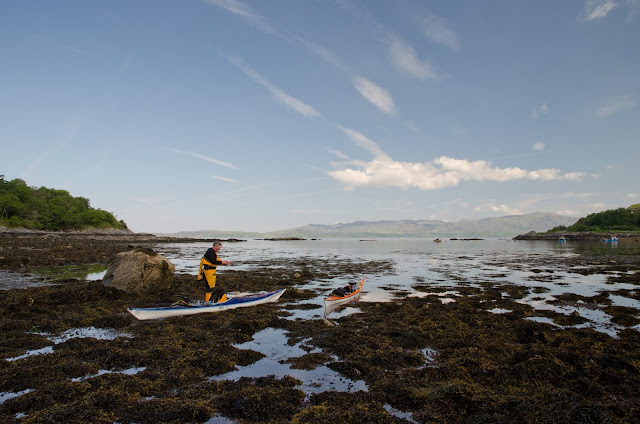 We met at Glenuig mid morning on a glorious day with the temperature already in the mid 20's Celsius.  We were disappointed that our good friend Douglas didn't feel up to joining us on this trip whilst he continues his recovery from a shoulder injury and an illness.  Glenuig has been the staging point for many great trips over a number of years, and we hoped that this would be another one. 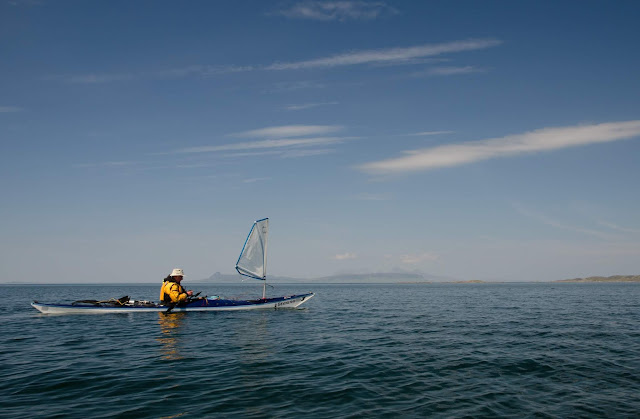 After a leisurely packing of the boats we got underway at around midday and paddled out into the familiar waters of the Sound of Arisaig.  A small breeze moved the air, keeping things from being really hot and encouraged us to hoist our sails to catch some assistance.

In the distance, beyond Mike in this image, lies the island of Eigg.  Our planning for this trip had been deliberately flexible; we would cross to Eigg, then let conditions and our inclination guide us for the remainder of the trip.  We discussed crossings from Eigg to Muck or Rum as possible options, but that was for the days ahead.  In the meantime there was the not inconsiderable crossing out to Eigg to be tackled.  The straight line distance from Glenuig to the coast of Eigg is 20km, but the crossing can be broken up into two legs by first heading across to the north side of the Sound of Arisaig before heading west to Eigg.  This option adds about 5km overall but breaks the distance into two legs with a break in between...... 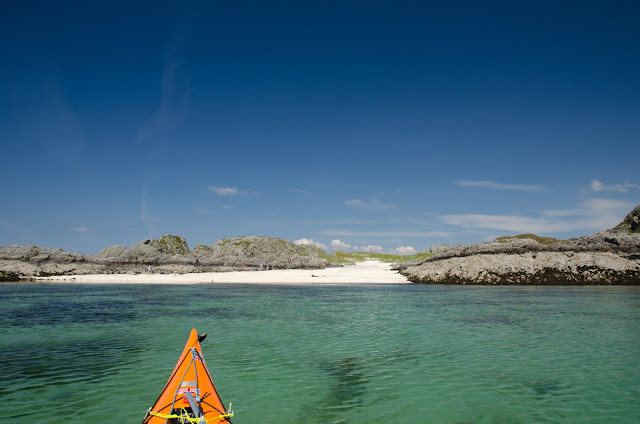 ....and when the break between open crossings looks like this, why wouldn't you choose this option?!  Port nam Murrach is justifiably well known, it must feature on most tourist brochures.  A beach of dazzling white sand enclosed by arms of rock and backed by cropped turf, it's an idyllic spot.  In summer it's also very well visited by from land and from the water and can be busy - as we found it on this day.  At least 25 people were enjoying the sun, sand and sea on the beach, possibly the most folk I've encountered here at one time. 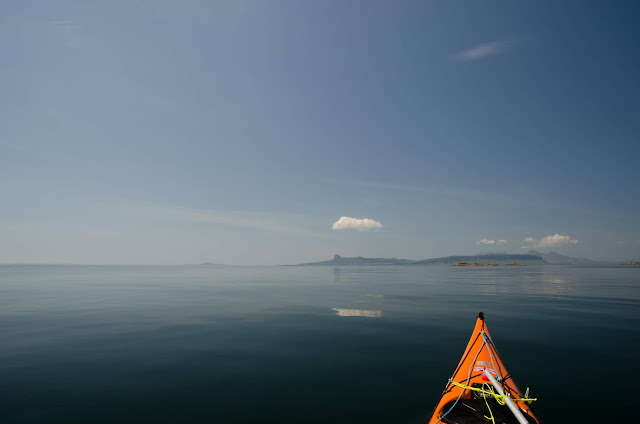 By the time we set off for the crossing to Eigg the breeze had died completely and the heat was considerable.  Fortunately after about half an hour another small breeze started up and moved the air; as a bonus it was from the east and we hoisted our sails to take advantage.  Our speed notched up and we would complete this crossing at an average speed of over 7 km/h. 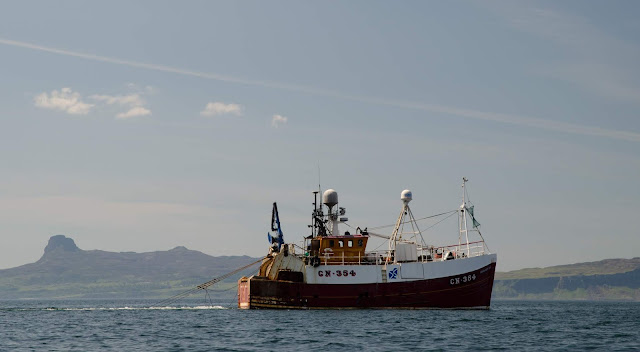 We slowed our speed to allow the trawler "Fear Not II" to pass ahead of us.  Built in 1986, she's had along life of fishing northern waters.  Now bearing a Campletown (CN) registration, she originally had a Peterhead (PD) registration, as in this image. 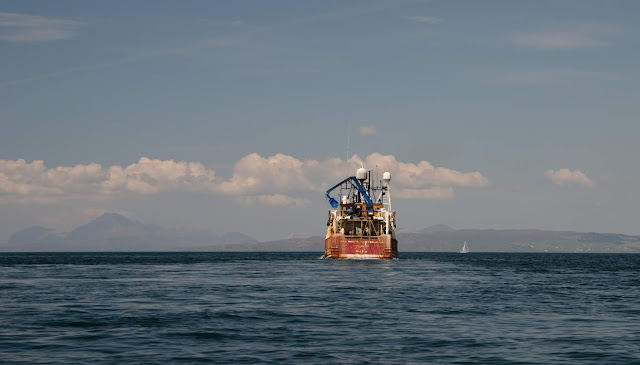 We gave plenty of space before crossing astern of Fear Not since she was trawling at a steady slow speed.  She continued north towards the Sound of Sleat off Skye, her engines were audible for many miles in the calm conditions. 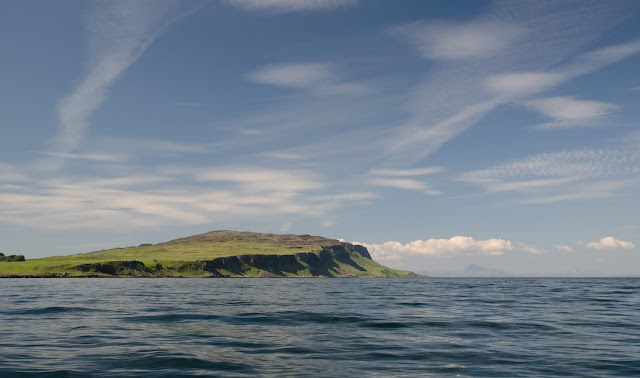 As we drew nearer to Eigg the detail of the east coast began to open up.  This was the only part of Eigg which Douglas and I didn't paddle on our 2013 winter trip to the Small Isles, and I hoped to explore this piece of the coast on our present trip. 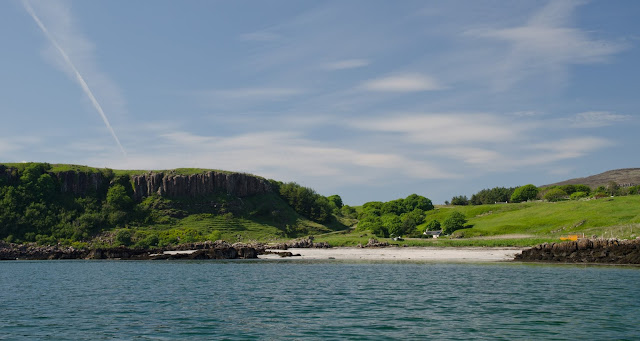 Our landing point was the sandy beach at Poll nam Partan below Kildonnan.  It felt really good to arrive on Eigg - and we'd chosen Kildonnan for a reason....
Posted by Ian Johnston at 12:00