With yet another superb sunny day in prospect during our stay in Harris, we headed out early to visit one of the places which draws people to the island.  Luskentyre beach (Traigh Losgaintir) is probably the most visited of the many beaches of Harris..... 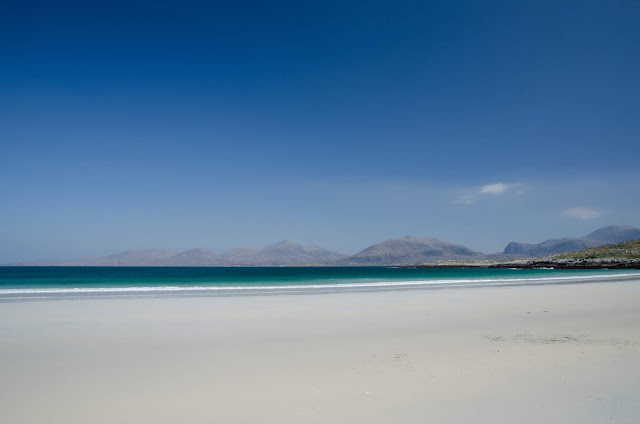 ......and it really isn't hard to see why.  You approach the beach from a car park near to a cemetery, sited on machair behind a dune system; presumably the cemetery is here because all the other nearby ground is too rocky for burials.  Emerging from the dunes, you find yourself on a broad beach of flawless white sand...... 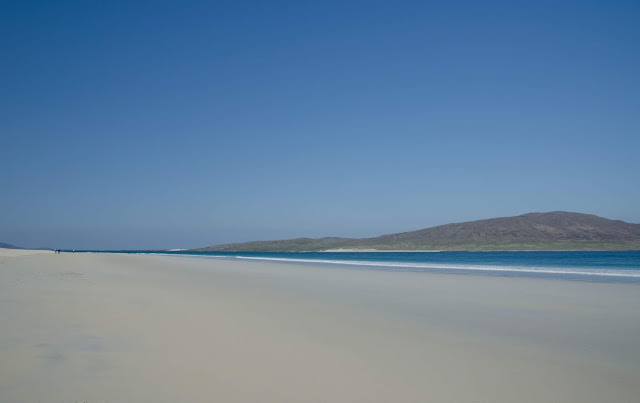 .......which forms a broad arcing sweep reaching out to the Sound of Taransay, with a view of the island of Taransay beyond. 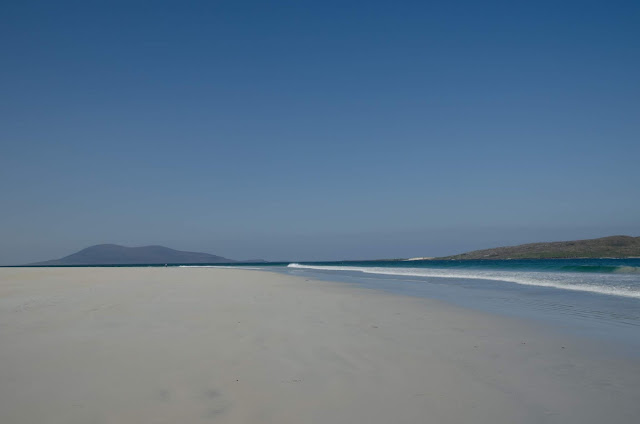 We were early enough to have this wonderful beach almost to ourselves, with just the company of terns overhead and the regular sound of the waves for company.  One or two folk who were dots in the distance gave scale to the scene, and they continued out of sight as we strolled along the edge of the waves.  The "proper" name of this 2km long beach is Traigh Rosamol, but it's almost universally known as Luskentyre from the crofting settlement nearby. 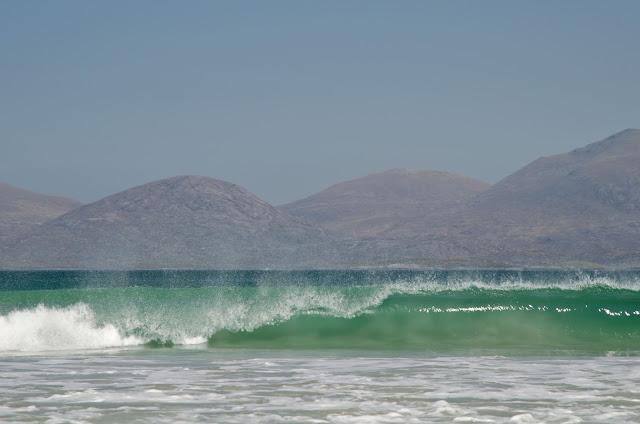 In a fresh breeze the surf was piling in, the water turning from turquoise to emerald green as the rollers heeled over, "smoking" spray as they did so, then to dazzling white as they broke with a roar.  We could easily have stayed just watching this play of light and sound all day. 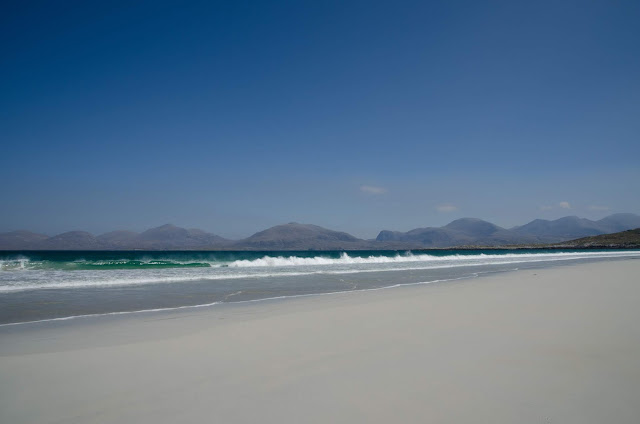 We strolled along an empty beach, absorbing the atmosphere and the light of the place.  Turning around, the view if anything was even finer with the morning sun lighting the hills of North Harris beyond the surf and the blue, blue sea.

Luskentyre is one of the "must do" places in the Outer Hebrides for many people and consequently sees lots of visitors - but this is comparative, it will never really feel crowded.  We did think that we'd seen it at it's best though, a huge sweep of beach bathed in light and colour - we felt absolutely privileged.
Posted by Ian Johnston at 21:47