Cracking the north of Eigg 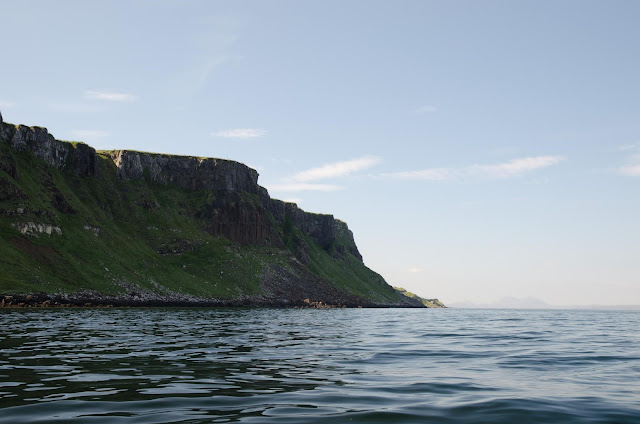 Mike and I set out from Kildonnan in late afternoon heat and headed north.  The coast from Kildonnan to the north tip of Eigg is rugged and dominated by a line of cliffs falling steeply to the sea - there are almost no viable landing places and those which do exist require flat calm conditions. 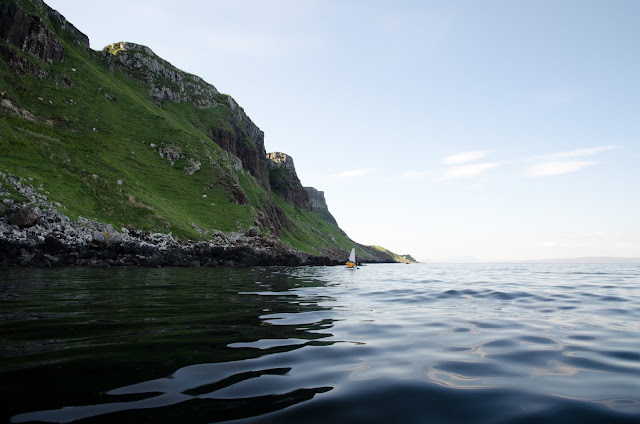 We were glad of the shade provided by the cliffs as the heat was terrific - not usually that much of a consideration in Scotland!Sheep were grazing right along the talus slope below the cliffs and we were regularly entertained by the antics of small lambs dashing about playing "hide and seek" and "king of the castle" with each other, their bleats echoing off the steep rocks. 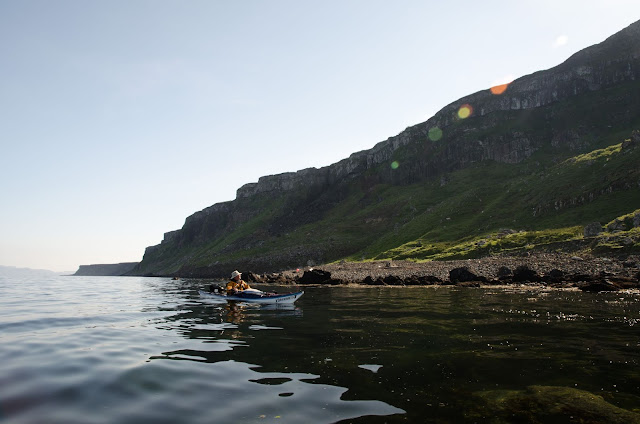 Rubha nan Tri Chlach (point of the three stones) provided perhaps the only reasonable landing opportunity on this coast, but we decided to push on towards our intended camp for the night.  The map at the link clearly shows the vertical flanks of the pitchstone ridge forming the spine of Eigg, from An Sgurr in the south to Dunan Thalasgair in the north, giving the island its distinctive profile and character. 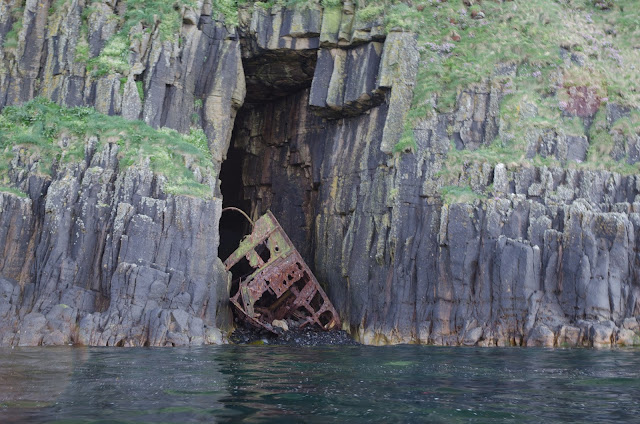 As the north tip is approached there's a subtle change and the steep rock falls straight into the sea.  Near Sgorr Sgaileach (appropriately, peak of shadows) the skeleton of a boat has been wedged into a cave entrance by the power of the sea.  This is possibly a section of the Puffer "Jennie" which sank after hitting rocks here in 1954 - or maybe part of the "Lythe" which sank whilst trying to retrieve "Jennie's" cargo.  The heavy plates and riveted construction would certainly be right for the way in which puffers were constructed. 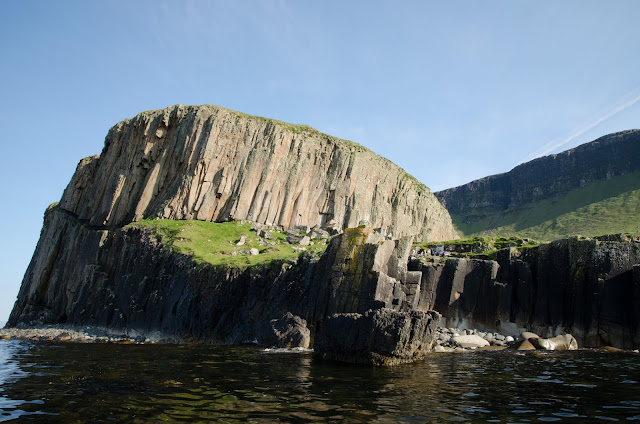 Rounding the point we came back out into the evening sunshine which lit the basalt columns of Eilean Thuilm beautifully.  Suddenly, from having paddled a couple of hours in close proximity to the cliffs, the view sprang to widescreen and we were treated to........ 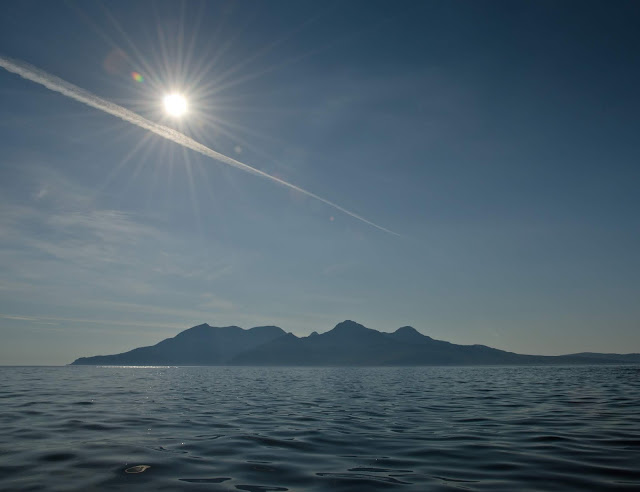 .......the rugged outline of Rum and its Norse-named peaks silhouetted in the eye of a brilliant sun. Great "reveals" like this are one of the joys of paddling amongst island groups - a real thrill.  The good visibility across the Sound of Rum was quite a contrast to when Douglas and I last crossed this stretch of water.

Mike and I were now pretty tired, we'd paddled a fair distance in warm conditions to crack the north of Eigg.  Fortunately, from Sgorr nan Sgaileach it wasn't too far to where we hoped to camp for the night and we still had hours of daylight on a long Hebridean summer evening.
Posted by Ian Johnston at 06:00