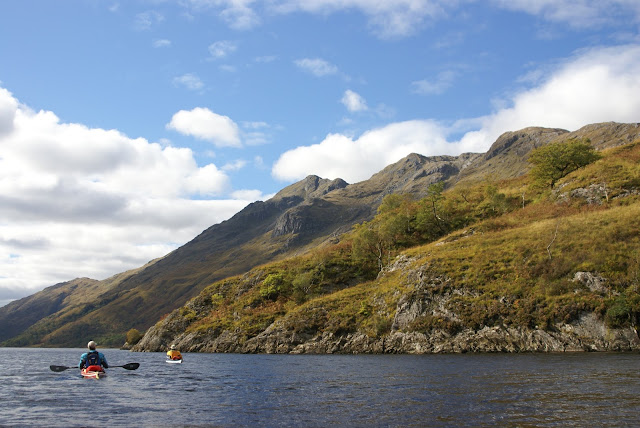 It didn't take too long for us to settle into a natural paddling rhythm; we don't tend to paddle fast unless there's a really good reason to do so such as a tidal imperative.  Besides, with the views we were enjoying, why would we rush?  To our right, rocky ridges sharply down to the loch from the Corbett of Beinn Odhar Bheag (little dun-coloured hill).

The neighbouring hill to this fine Corbett is Beinn Odhar Mhor (big dun-coloured hill), which is actually lower than the main summit and not a Corbett.  The apparently illogical order of names is due to the fact that "Mhor" is a much bulkier and more prominent hill, and hills were named from their appearance to those who lived below them rather than their summit height. 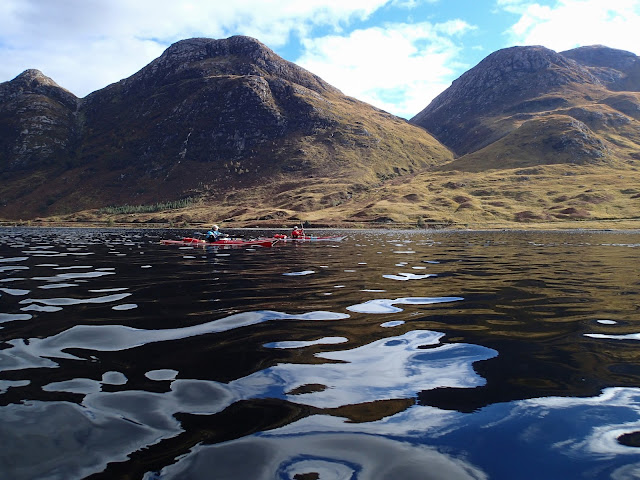 To our left a series of lower but very rugged hills lined the loch, punctuated by steep glens containing fast running burns which could be clearly heard across a kilometre of water.  There was little wind, though it wasn't as utterly still as the last time we paddled here in quite exceptional conditions.

It was by now early afternoon; and we'd all had an early start.  First luncheon was most definitely overdue and as luck would have it, a perfect spot was close at hand...... 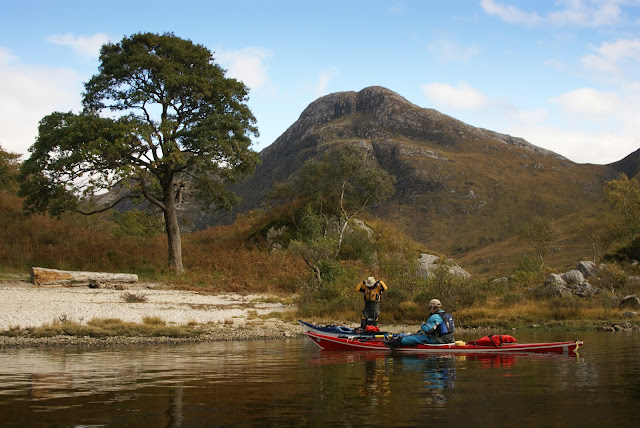 A small beach with a long view ahead down the loch, built-in furniture on which to sit and a fine Caledonian Pine for scenic effect - really, this was too good to pass.  We took a leisurely luncheon, giving us time to relax into the trip and absorb the surroundings.  From the hillside across the loch a stag was roaring, the sound echoing over the water.  Mid October is just about the peak of the Red Deer rut and the sounds of competing stags would be a feature of the trip. 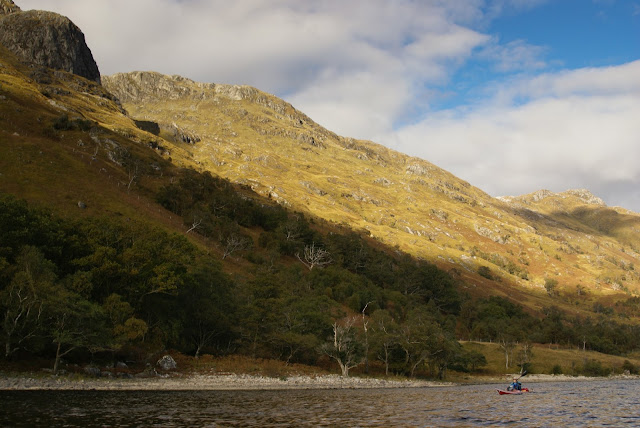 We set off after lunch and having made those small adjustments to packing of the boat which always seem to need doing in the first day of a trip.  Keeping close to the west shore of the loch took us into the shadow of the hills but gave the opportunity to see the best of the natural woods along the shore. 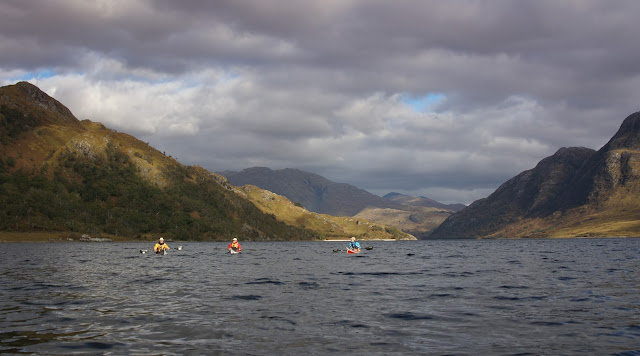 Astern of us, a long view was developing as we continued down the upper part of Loch Shiel....... 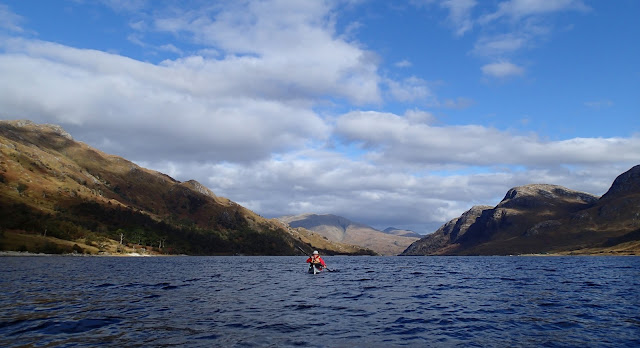 ...and it was a scene that rewarded frequent glances over our shoulders to admire the play of sun and shadow on the mountains as Glenfinnan receded into the distance.  With long views ahead and astern, we really felt that our journey was underway.
Posted by Ian Johnston at 21:49