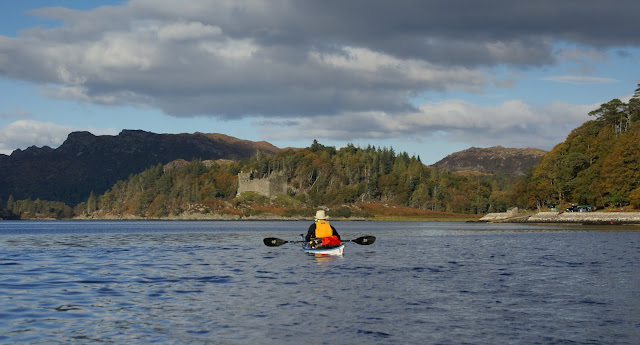 We paddled away from the mouth of the River Shiel on salt water for the first time on this journey.  Ahead of us Castle Tioram was lit by the afternoon sun ; we paddle this area quite frequently and I've noticed that when the sun isn't shining - a rare occurence on the west coast of Scotland :o) - the castle seems to recede into the background and can be hard to make out when paddling from the mouth of Loch Moidart. No such difficulty today and we aimed straight towards the castle and its small island. 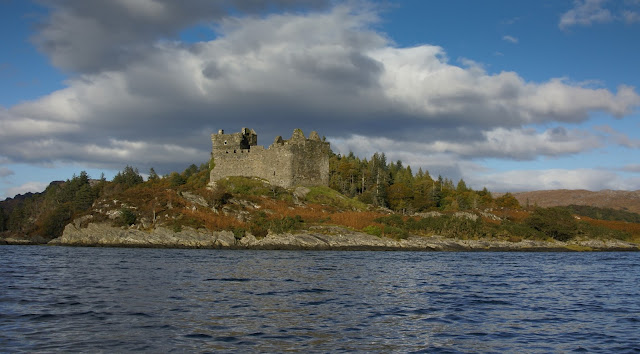 The castle takes its name from Eilean Tioram (dry island) and this probably refers to the fact that at low water the island is connected to the mainland by a sandy spit which disappears at high tide.  A stone built castle is recorded here from the 1200's but the present building probably dates from the 13th century.  For most of its history a Clanranald stronghold, Castle Tioram is currently the subject of a stalemate between its owner who wishes to convet it to a private dwelling and Historic Scotland (now Historic Environment Scotland) who wish to consolidate the ruin and preserve it for the nation.  It's a difficult situation but there may be a way forward following recent negotiations - lets hope so because while the dispute rumbles on the fabric of the building crumbles. 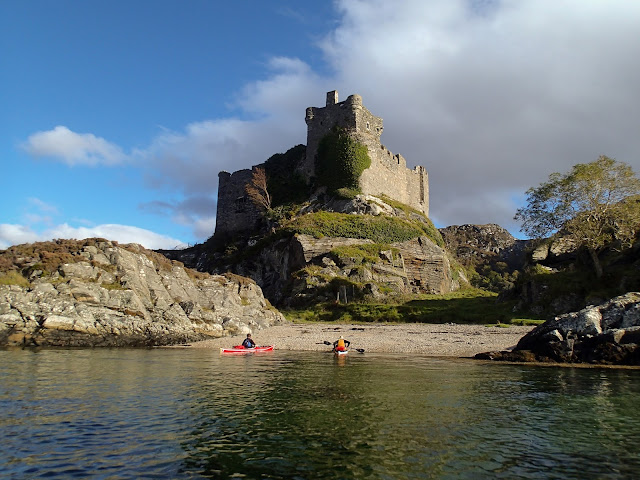 At the seaward side of the island is a beautiful little beach of shell sand and coral - complete with a rocky arm to form a sun trap.  Second luncheon was proposed and carried by a unanimous majority...  We took off layers of clothing as we sat eating lunch in the warm sunshine, Douglas took this to the logical conclusion and enjoyed a swim in water which he reported as warm (for a given value of warmth - and as compared to the chill of deep Loch Shiel!).  We three joined Douglas in taking a restorative dram of Jura 10 year old, after all, we were in no hurry as we were waiting for the tide to rise sufficiently to allow up to paddle through the north channel of Loch Moidart. 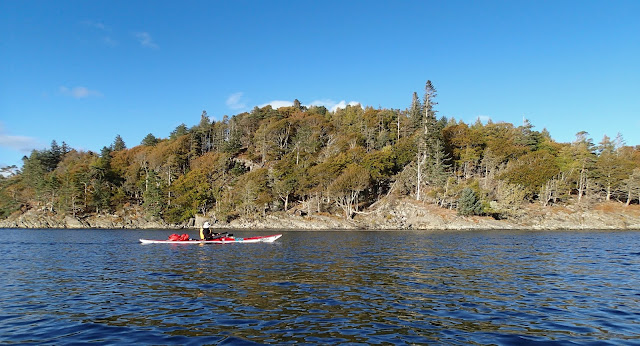 The southeastern tip of Eilean Shona still bears scars from the severe winter storms of a couple of years ago which blew down trees, stripped branches and even lifted the thin layer of turf on the shoreline rocks. 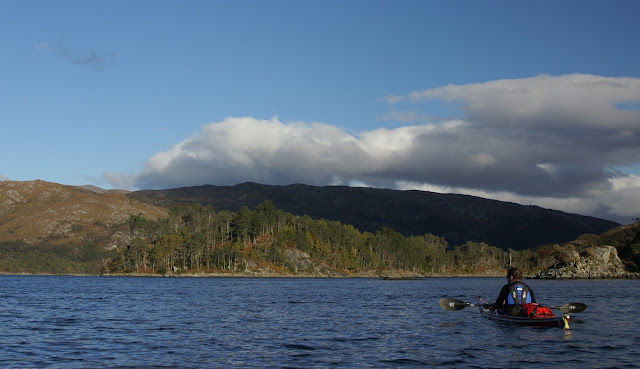 We'd left some of our own layers off in the warm afternoon sunshine and as we passed behind Riska Island and into the wide inner part of Loch Moidart, layers of low inland cloud building in the warmth began to produce an unusual effect...... 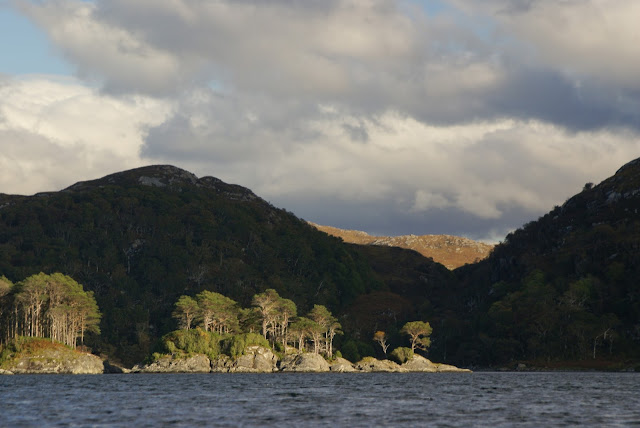 .....of alternating light and shade - at first confined to a narrow area..... 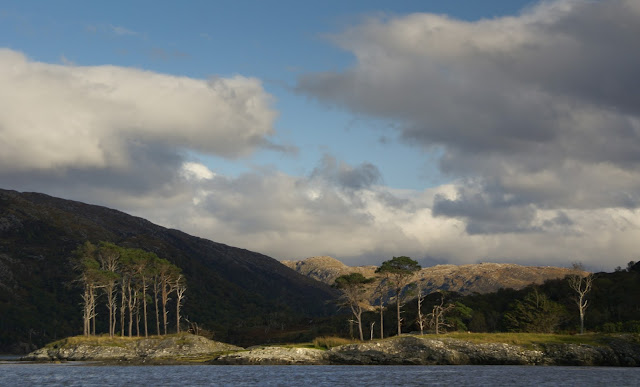 ...but widening gradually to encompass a sweep of tree, water and hill in layers of light. 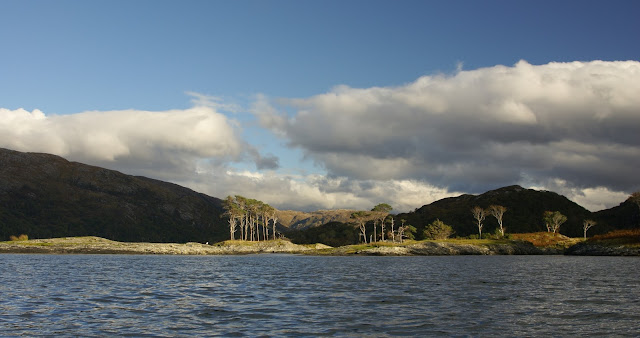 Tranistory and unusual, my photographs don't really do justice to the alternating effect and it lasted just a few minutes before the clouds moved enough to change the scene. 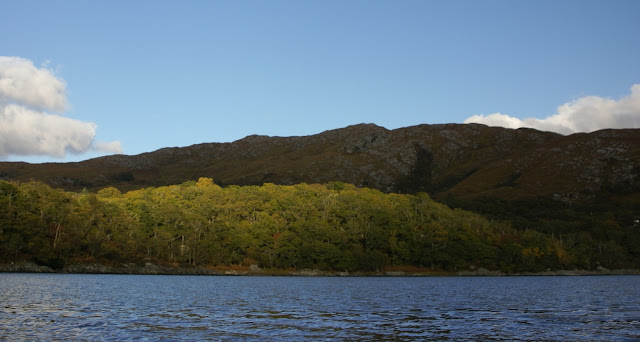 We paddled on towards what appears to be a closed corner of Loch Moidart, but where we knew the North Channel lay between sun and shadow.
Posted by Ian Johnston at 22:06