A good grey morning on the Sound of Arisaig 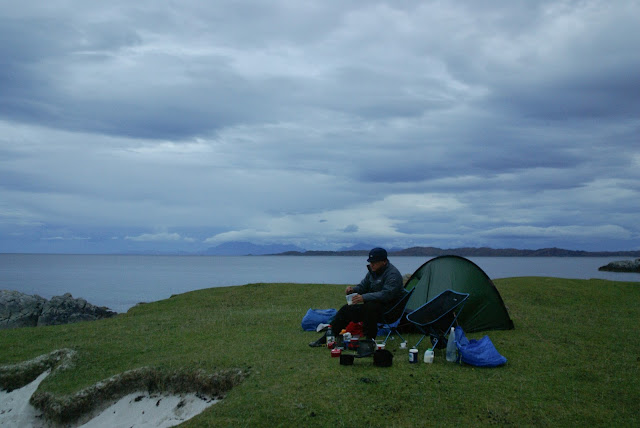 When we emerged from our tents early on the final morning of the trip the colour palette could hardly have been more different than the previous evening.  The riot of colour in the sunset and the  blazing light across  the sea had been replaced with monotone shades.  Despite the overcast sky it had remained dry and the temperature wasn't as cool as the previous morning - this had the welcome bonus of allowing us to take down the tents dry as there had been very little condensation. 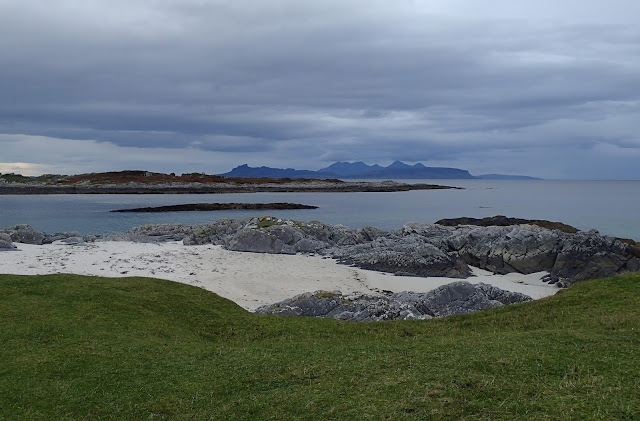 Despite the greyness there was an austere beauty in the sky; the cloud lowering out to the west was a sure sign of an approaching weather front - it was time for us to get underway and finish our journey before it arrived. 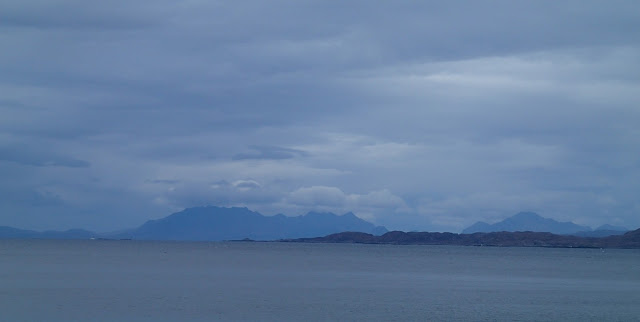 The evening sunlight had picked out the ridges and summits of the Cuillin beautifully during the evening but that had changed, the silhouette rendered soft focus as the clouds brushed the top of the hills. 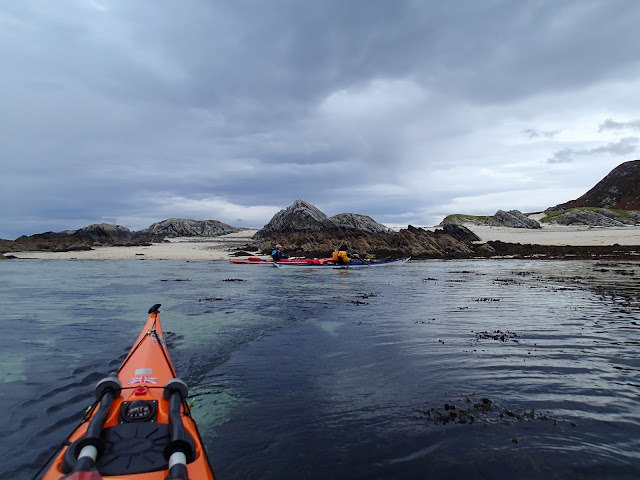 We estimated that we had several hours before the front arrived and had no need to hurry as our finishing point would be less than an hour's paddle.  We scattered the few ashes which remained from our fire, checked the camp site and headed out from the beach...... 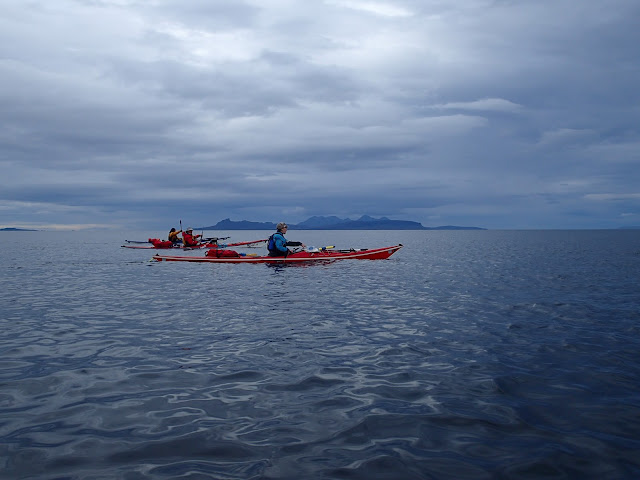 ....onto the gunmetal grey of the Sound of Arisaig. It may have been monotone, but there was an austere beauty to the morning.  With a very light and variable breeze and almost no swell the sea lay like a sheet of steel out to Eigg, with the "other" Cuillin hills on the island of Rum beyond. At the left of this image is the low lying island of Muck which for sea kayakers appears to offer less interest than the other Small Isles......Douglas and I would beg to differ!

As we paddled across a grey sea under a grey sky it seemed that the only splash of colour was provided by our boats and paddle kit.  It's not always like this though and the sheer variety and subtlety of the changing light is a big part of what makes Scotland so alluring - the grey days can be as good as the sunny days and this was a good grey morning! 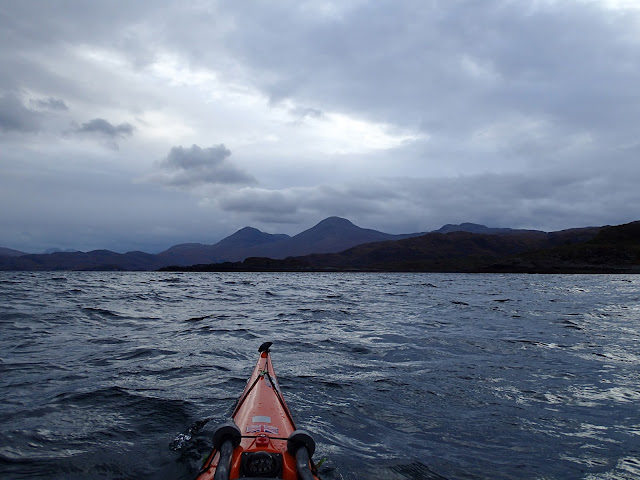 Turning the point at Smirisary  brought the familiar view of Rois Bheinn, and also a bit of a headwind, the first time we'd had to paddle against the wind at all on this journey. It was short-lived though and soon we were heading close to the coast......... 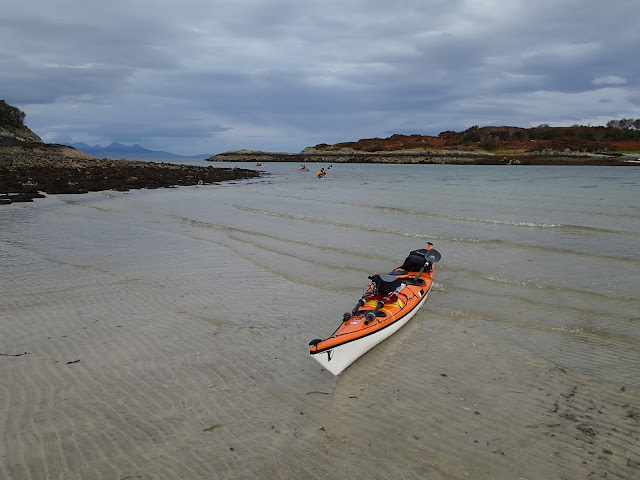 ......to end our journey on the sandy beach inside Samalaman Island.  The tide goes out a considerable distance at this spot and we had a carry of a couple of hundred metres with each of our boats to get them to the top of the beach.

While Mike and Lorna unloaded all four boats, Douglas and I ran the shuttle to retrieve the car from Glenfinnan.  As we were securing the last of the boats onto the cars the rain began - light at first but then very heavy for most of the journey home. 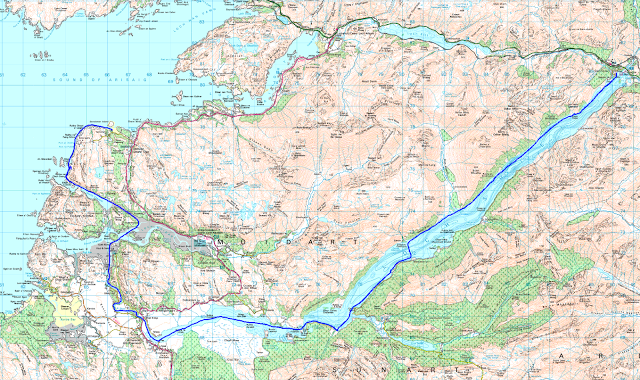 
This was the last camping trip of 2016 as work commitments took over, but what a super journey it had been once again.  We've now enjoyed this 50 km journey from fresh water to the sea  between Glenfinnan and Glenuig in early Spring and in Autumn, it's a trip to savour.  We took two days and nights to do the journey this time, and if extending to Lochailort it's worth adding an additional night.
Posted by Ian Johnston at 18:00