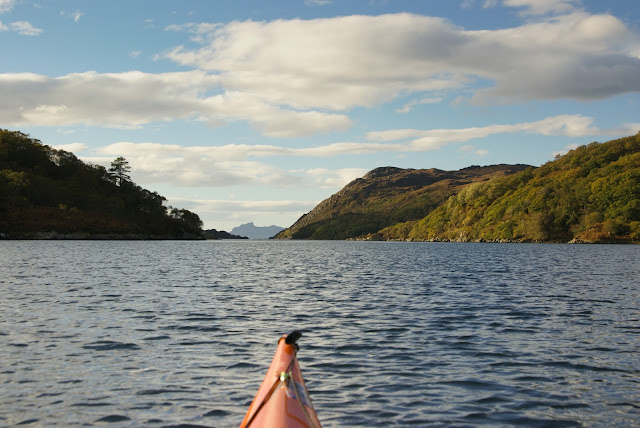 We entered the North Channel which sepearates Eilean Shona from Moidart at about an hour before HW, planned so that there would be plenty of water (which isn't always the case!) and so that we wouldn't be paddling against any appreciable tidal movement.  The view through the channel neatly frames one of the most distinctive silhouettes of the west coast..... 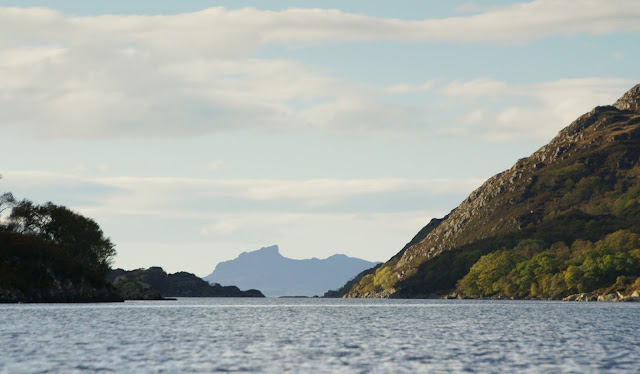 ...An Sgurr, highest point of the island of Eigg, which has a presence out of all proportion to its modest 393 metre/1289 ft height and gives the impression of a great ship sailing the Sea of the Hebrides. 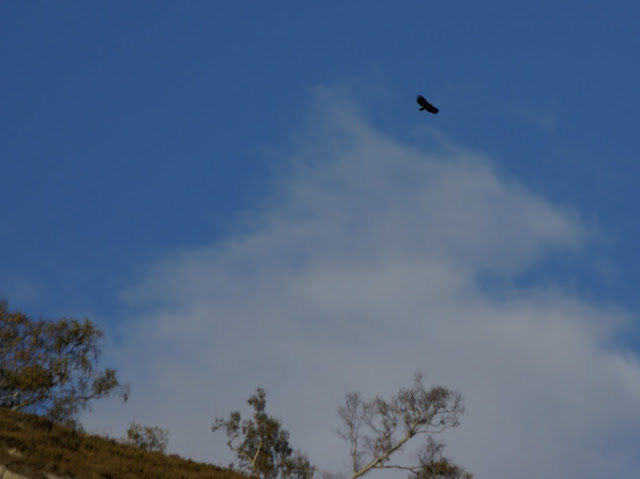 The North Channel is bounded on both sides by rugged, steep slopes which fall right to the water.  Above the woods at Bad an Dobhrain (Otter Bay), Lorna spotted movement high up on a crag - a great shape which unfurled itself and soared effortlessly along the ridgeline - a White Tailed Eagle (Haliaeetus albicilla).

A conservation success, the White Tailed Eagle has been reintroduced from 1975 - a programme that is continuing.  The species was hunted to extinction in the early 20th century and there are probably still less than fifty breeding pairs of these huge birds in Scotland - it's always a thrill to see one.  We watched the bird manoeuvring to keep us in sight,its  head swivelling as it wheeled to ride the updraught.  A difference in behaviour between the two eagle species found in Scotland is that Golden Eagles will usually fly away for some distance if they see humans, whereas the White Tailed Eagle usually flies just far enough away to feel comfortable and then will often land again. 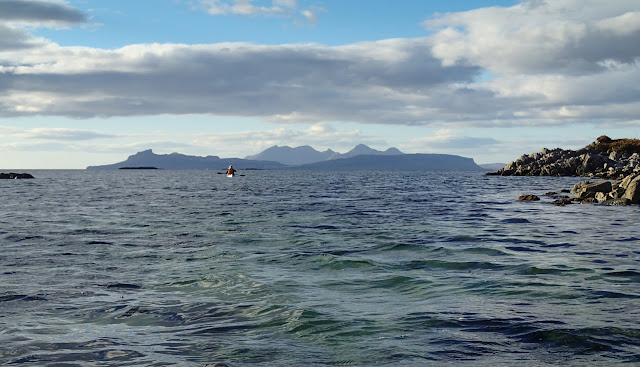 We paddled out of the North Channel and onto the open sea of the Sound of Arisaig with a view ahead to the island of Rum beyond Eigg.  Right at the entrance to the channel I knew there to be a considerable amount of driftwood washed up among the rocks- we could use some for the fire we intended to light at our camp.  The tide was now full which would have made for a very awkward landing on the rocks so we paddled on, noting where we might be able to land once it had dropped a little. 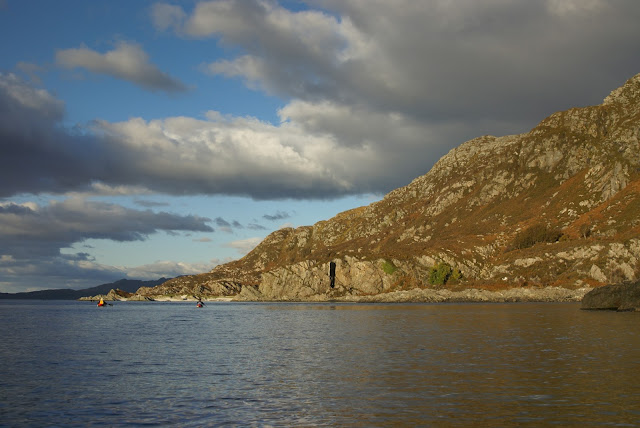 Heading north up the coast we were bathed in warm early evening sunshine and just a breath of breeze moving the air - it was a perfect autumn evening and despite the fact we'd had a fairly long day our movement felt effortless. 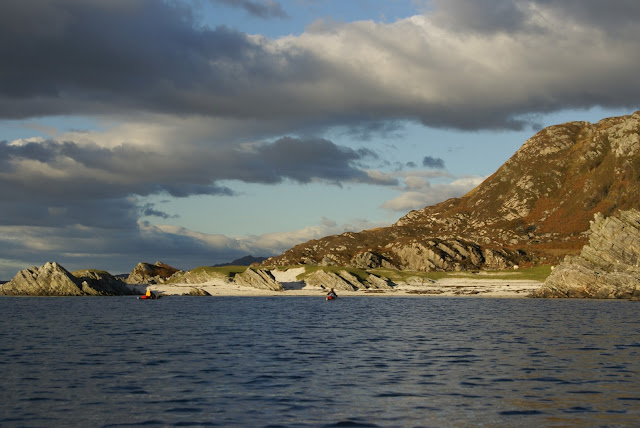 Our intended camp site was visible from quite some distance, a flash of emerald green grass and dazzling white sand among the rich autumn brown of the heather and bracken slopes.  There can be few better places to have been on this lovely evening.....
Posted by Ian Johnston at 15:41