Roaring surf and a wall of tombstones - don't underestimate Muck! 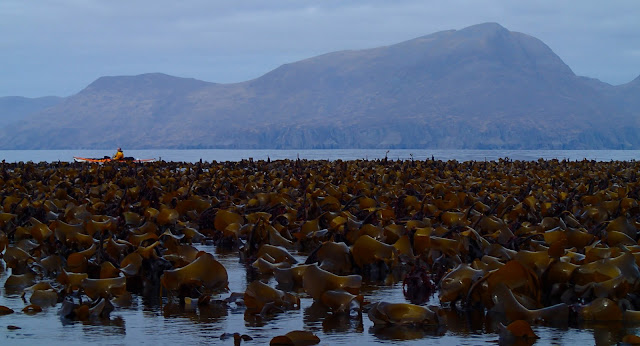 Having arrived on the Isle of Muck, our plan was to paddle anticlockwise around the north and west coasts to arrive at Port Mor, where we'd phoned ahead to book beds at the bunkhouse.   It was low water, two days after Springs and vast Laminaria weed forests were exposed by the tide. 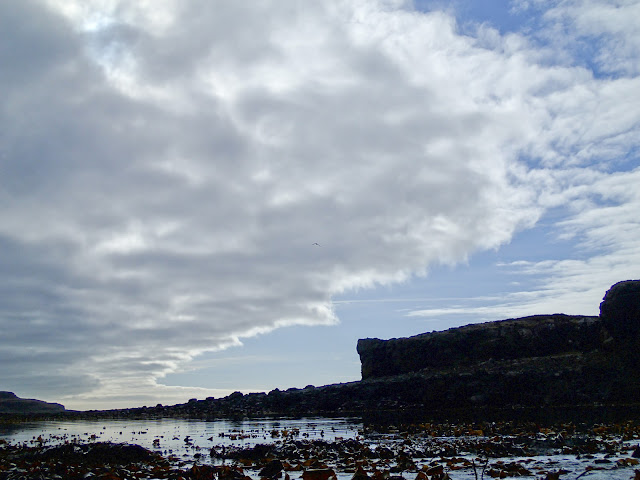 We looked at passing through the gap between Eilean nan Each and Muck, but although the Ordnance Survey 1:50K and 1:25K maps both show water in this channel at low water, there is most definitely not.  It seems that a boulder beach has been thrown up and Eilean nan Each is now a tidal island.

Overhead, a graceful arc of cloud marked the edge of a weather front; we estimated we could see the cloud front reaching away for over two hundred miles in a single sweep. 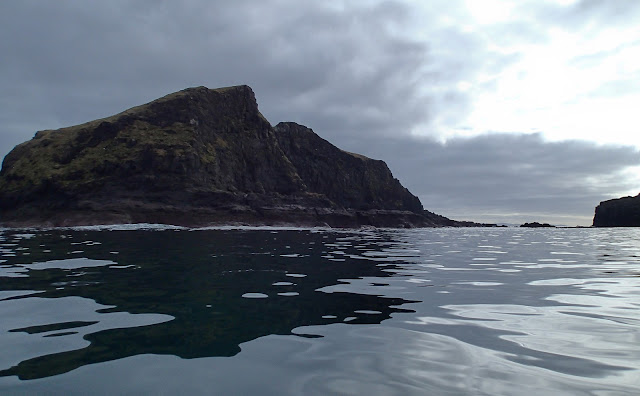 Paddling around the outside of Eilean nan Each (Horse Island) was a special experience.  The sea was calm but a low and powerful groundswell was roaring over shallow reefs.  We had to carefully time our passage inside the smaller islet of Eagamol as the swell compressed and propelled us through at a most satisfactory rate.  The 50 metre cliffs on Eilean nan Each aren't even shown on the maps - and this underestimation seems to be something associated with Muck. 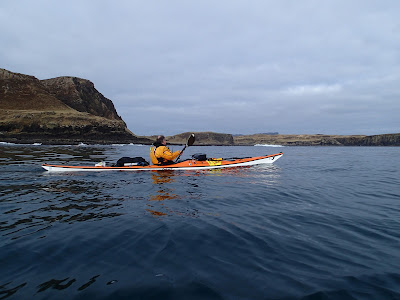 I admit that I hadn't expected Muck to be as dramatic or interesting in a paddling sense as the other Small Isles, perhaps because it is low lying and outwardly unassuming.  I'm happy to report that I was utterly wrong! 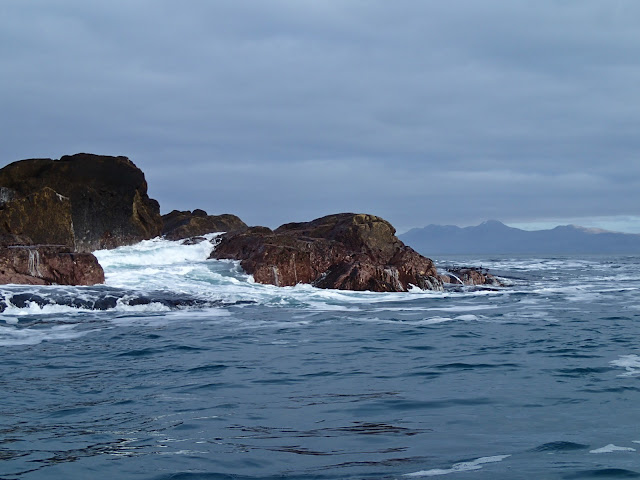 The "fingers" which are such a feature of the island when seen on the map are reefs reaching from the shore at just the right angle to magnify swell and cause it to race up the exposed rock in a welter of surf and noise.  Added to this, the west coast is absolutely and totally exposed to Atlantic weather.  There is no VHF reception, no habitation and nothing on the horizon except the low shape of Coll - beyond; nothing but ocean. 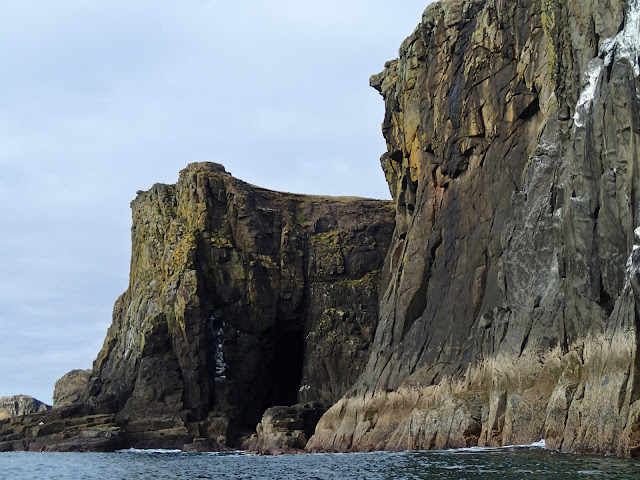 On the west coast, at the back of Camas Mor (Big Bay) is this set of cliffs.  Their name translates, ominously as "The wall of tombstones" !  The height to which big swells have cleaned the rock can clearly be seen.  There is a large cave at one end of the cliff and a collapsed cave system at the other which has formed a cicular inlet known locally as the Witches Cauldron.  We felt disinclined to investigate either more closely! 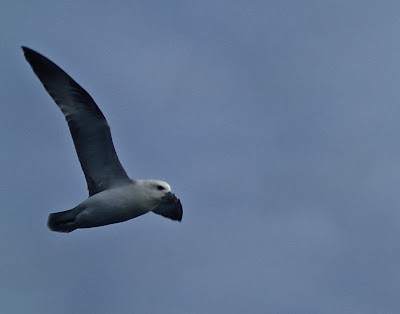 A large raft of Fulmars (Fulmarus glacialis) took off from the water in Camas Mor to make close inspection flights past us - it's a real characteristic of these super birds, it seems to be pure curiosity on their part. 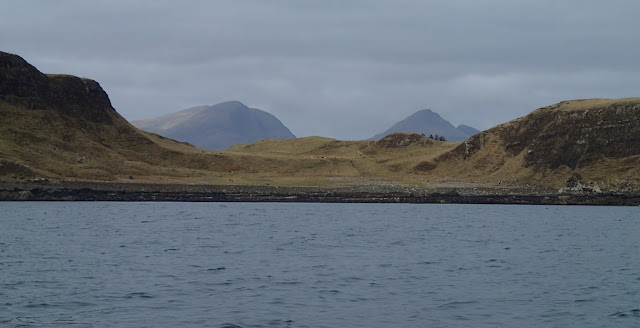 Over the low central portion of Muck, the Rum Cuillin could be seen; they had been our near constant companions on this journey.

All too soon we rounded a final point, squeezed through a narrow channel and entered the bay of Port Mor.  This would mark the end of the paddling on our journey in the Small Isles, but not quite end the trip itself.  We slowed our paddling speed, not really wanting to finish the paddling......
Posted by Ian Johnston at 09:33