During the crossing from the west coast of Rum we used the lighthouse on the eastern tip of Sanday as our target.  Constructed in 1907, the light flashes white once every six seconds.  We had to aim off a considerable way to the left in order to arrive underneath the light as the tidal stream would push us to the right - at a rate of over 4 knots near to Sanday itself. 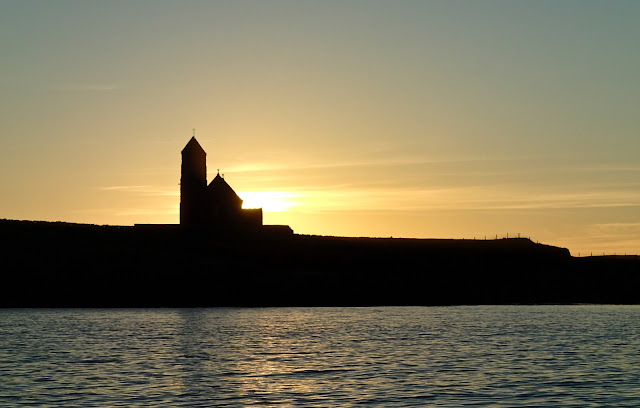 It was nearly sunset when we turned into Canna Harbour, and what a glorious evening it was!  We paddled past the St Edwards Centre on Sanday, a deconsecrated Catholic church converted to a study centre..... 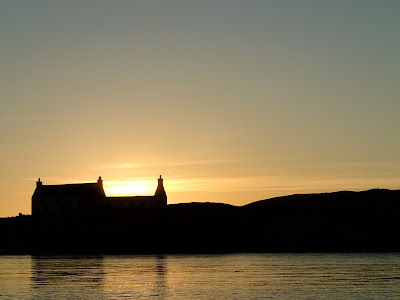 And past the former schoolhouse, both silhouetted in a golden sunset glow. 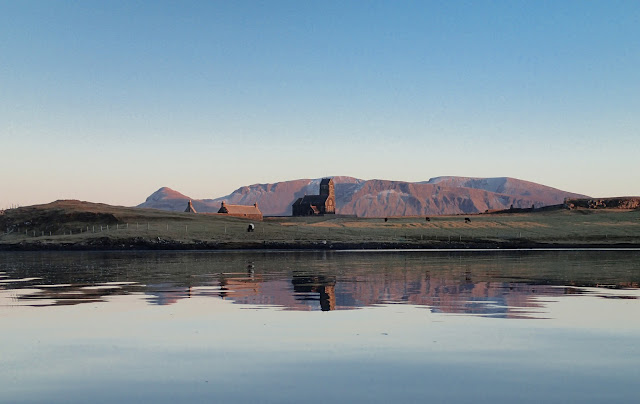 As we moved along Canna harbour the view back across Sanday past the St Edwards centre to the hills of Rum was pin-sharp in the cool evening air. 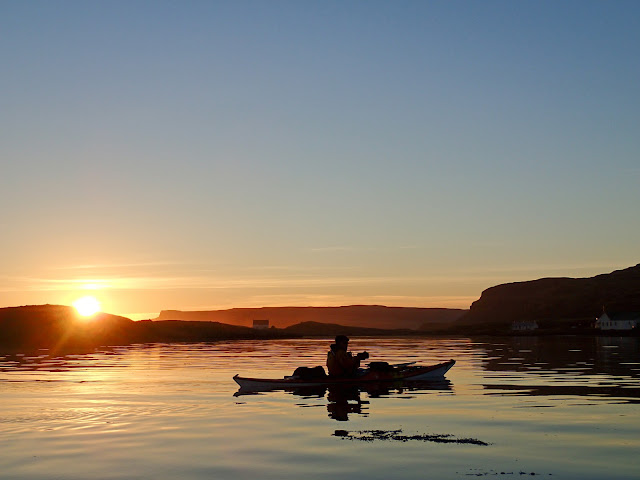 We slowed right down to savour the atmosphere and the quality of light, agreeing that "you just Canna beat an evening like this!". 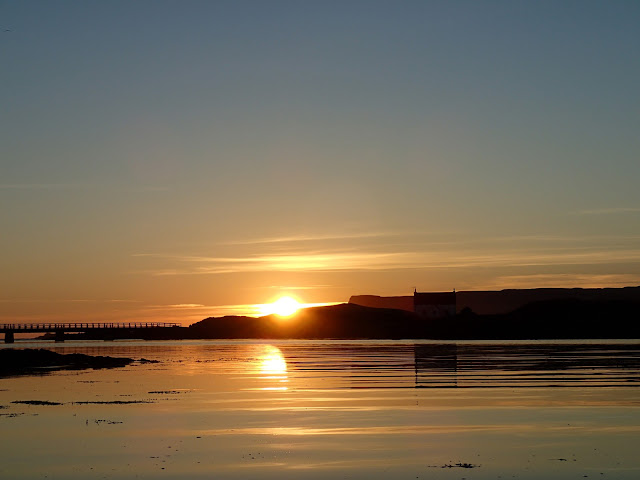 At this state of the tide we'd easily be able to paddle under the bridge which connects Sanday to Canna in order to reach our intended camp site.  For now, this was simply too good an evening to rush - this couple of kilometres into Canna harbour stands out as one of the real highlights of our trip. 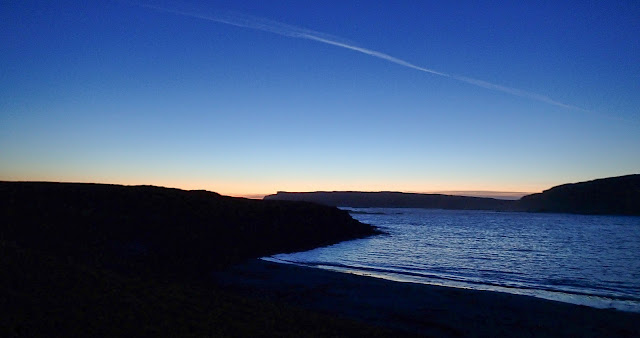 The sun had set by the time we landed on a small beach and put up our tents.  As the glow faded the first stars emerged and we were treated to a great display of the night sky, followed later by an enormous full moon rising over Rum.

We cooked by the light of our head-torches and sat chatting until the temperature dropped away.  It was a chilly night, and sometime in the small hours the wind rose.  As I turned over in my sleeping bag, I reflected that had we managed to land at Guirdil on Rum the previous evening we would have had great difficulty in getting off again in the rising weather.