A rare and beautiful natural phenomenon occurred this morning, a total lunar eclipse.  This was to be the first lunar eclipse visible from the UK for 3 years, and the first to coincide with the winter solstice for 372 years, last occurring on the morning of 21 December 1638. 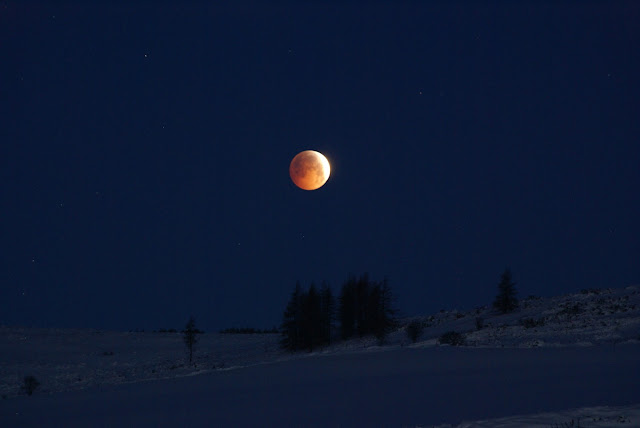 There was a noticeable reddening of the moon at 0532 UTC as it began to enter the earth's shadow.  The air temperature was minus 15 celsius and the sky absolutely clear.  During this eclipse the further north, the better the view as the moon would be higher above the horizon. 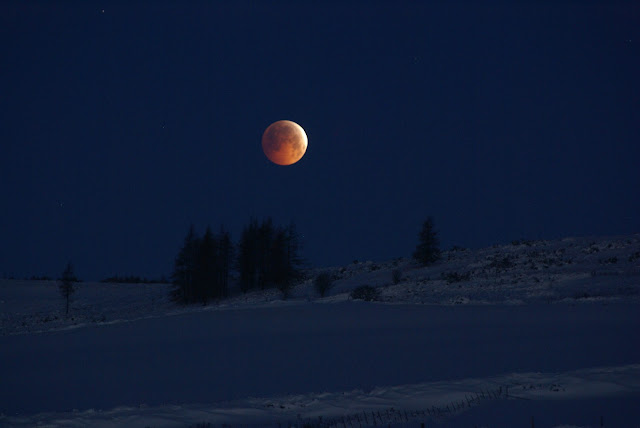 After 0632 UTC the shadow became much more defined as the eclipse approached totality. 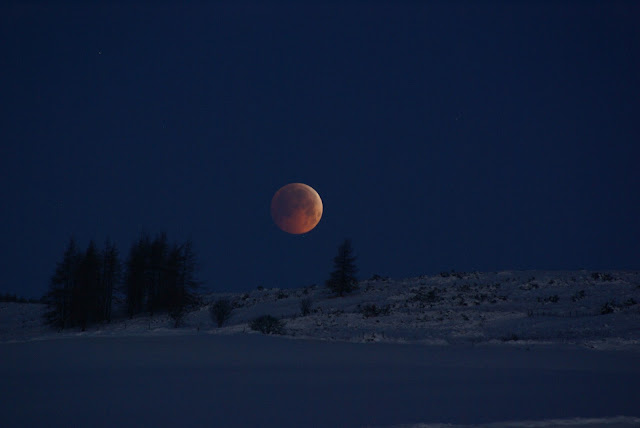 As the moon moved toward the horizon atmospheric refraction made it look larger, the eclipse even more stunning. 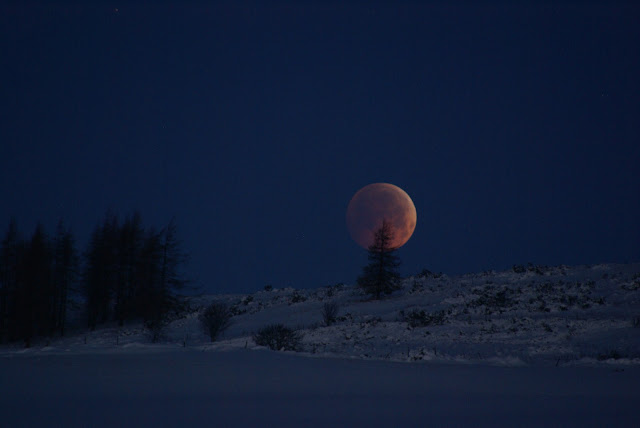 Totality at 0740 UTC.  Photographs just can't do justice to the beauty of this scene, the snow covered landscape a perfect setting for the red moon.

The north east of Scotland is studded with many hundreds of standing stones and stone circles, and many of these are aligned to the winter solstice sunset.  What would the folk who built the circles have made of this?  At one of the most significant days of their year, would this have been seen as a good omen or a bad one?

I felt priveliged to be able to touch perhaps an inkling of what was of importance to those folk, and to have such a good view of this beautiful event. 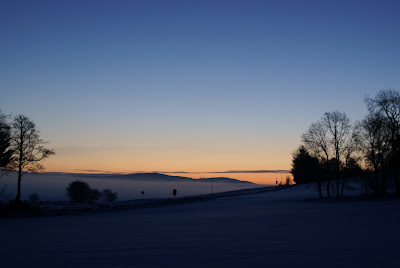 Behind me, the sun was rising on the shortest day of the year.  In another unusual alignment, both moon and sun were above the horizon at the eclipse, the phemonenon of selenehelion.
Posted by Ian Johnston at 09:14