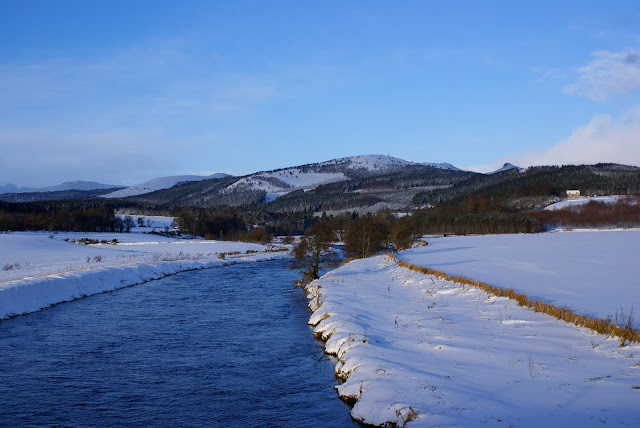 Despite a significant thaw, the previous dump of snow wasn't off the ground when the next cold spell started four days ago.  Initially the snow resembled polystyrene pellets but was pulverised to the powdery consistency of baking powder by a scouring north wind. At first the accumulations were relatively small.

Even small hills like Bennachie - the Mither Tap seen here on the right skyline - became alpine in their apparent scale. 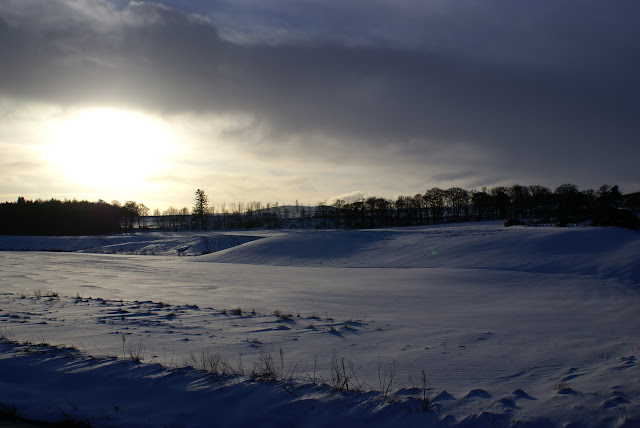 The wind quickly built drifts across the landscape and roads, more challenging conditions for animals and humans alike. 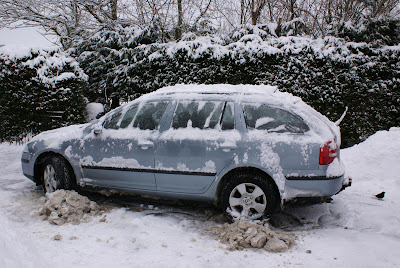 Plummeting temperatures overnight (our neighbour recorded minus 22 celsius on his weather station) brought fresh problems.  Aberdeenshire Council's roads department stopped using salt and spread grit to try and help grip, but roads remained difficult.  Ice was building up around the running gear of vehicles; this lot had to be prised out with an ice axe after a comparatively short journey. 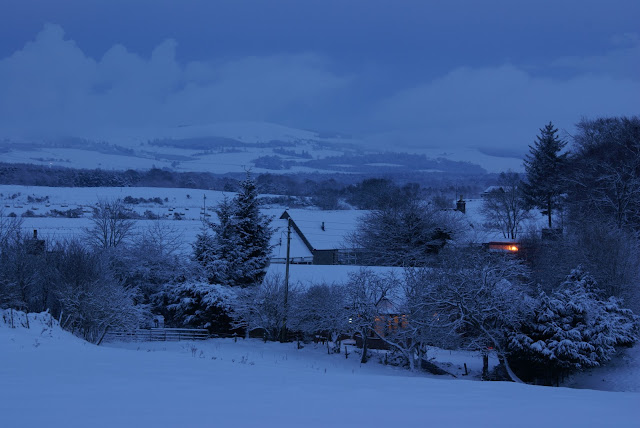 Heavier snow has fallen over the last 24 hours and more showers are forecast.  Coupled with the fact that temperatures aren't forecast to rise above freezing by day or night for the next week - a white Christmas is now guaranteed!
Posted by Ian Johnston at 10:29