There's been a remarkable change in temperature; a swing of  22 degrees celsius in as many hours as warm Atlantic air has been pulled in over Scotland by a high pressure system.

On Thursday morning, the River Don was at a normal level with frost smoke condensing off the (comparatively) warm water into minus 12 celsius morning air.  The previous night had been minus 14 degrees. 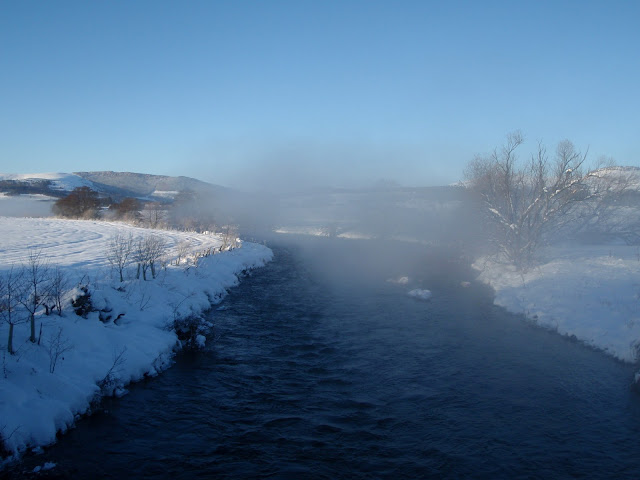 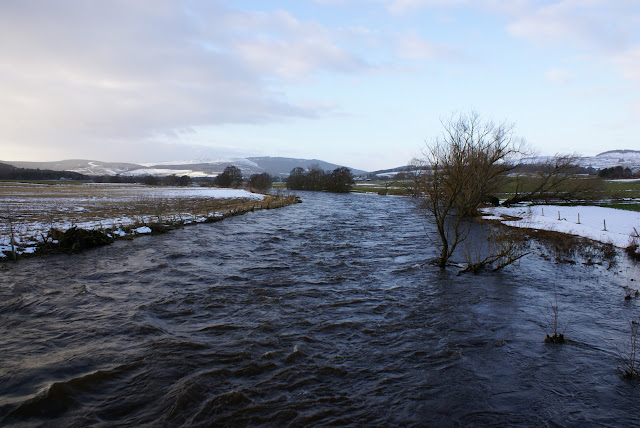 The river level has come up nearly two metres as the warmer air and a strong wind  melts much of the snowpack. It's an impressive sight. 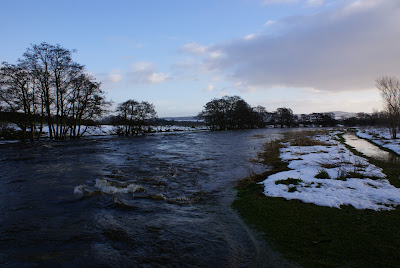 The river is within it's banks, but just.  Fortunately there has been no rain to add volume to the snowmelt.  The ground below the top couple of centimetres is frozen hard so the meltwater is running across rather than into the farmland and open hill ground.  It is simply roaring down every small burn and drainage channel. 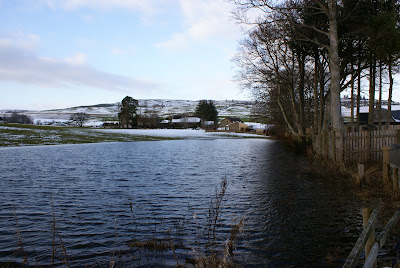 With the Don so full, there isn't anywhere for the water to go.  A full kilometre away from the river the small burns are backed up.  There's normally a very small burn here; now it's a deep lake threatening the back of our neighbour's house.

A return to older conditions is forecast, which should ease the flow of water.
Posted by Ian Johnston at 18:45