Life in the freezer

Six days of sub-zero temperatures and gradual snow accumulation have transformed the north east of Scotland into a wintry snowscape. 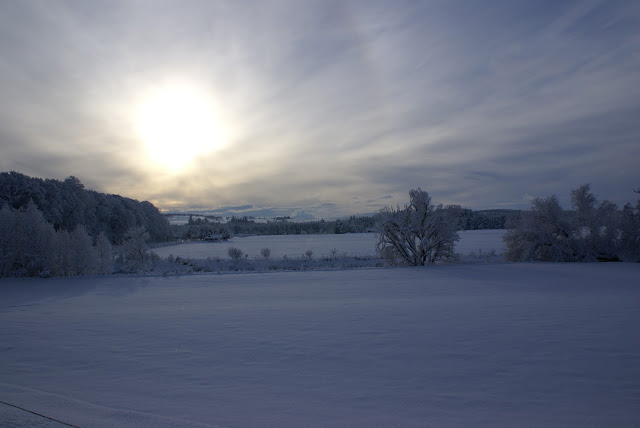 Over a metre of snow has fallen, nearly all of it as powder snow.  The land is completely blanketed in white. 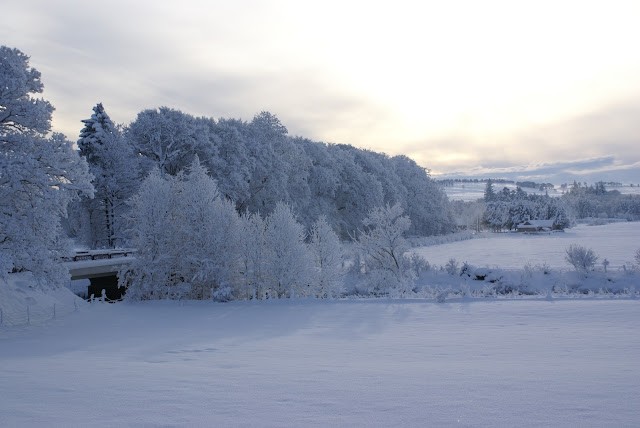 Trees are laden with snow and every twig is outlined with frost feathering formed in the extremely low temperatures. 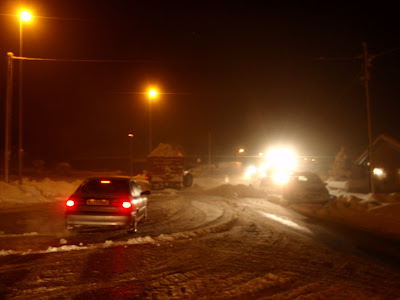 I drove through through our local village late in the evening; the temperature was minus 17 Celcius - colder than a domestic deep freeze.

The village main street was being cleared of some of the sheer volume of snow by a combination of Council workers and local farmers.  Tractors, silage trailers, diggers and snowploughs were all in use. The Council road workers have been working around the clock to keep the main roads passable - the very Public Sector workers the UK government is trying to get rid of as unnecessary.  We all owe them better. 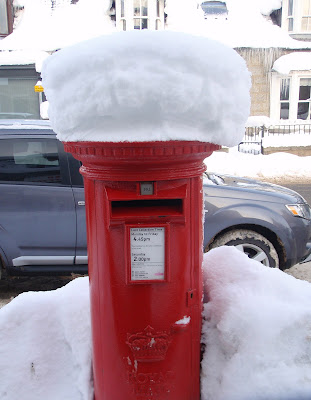 The village letter box looks to be particularly suitable for posting letters to Santa Claus!
Posted by Ian Johnston at 21:08