On foot to the sea 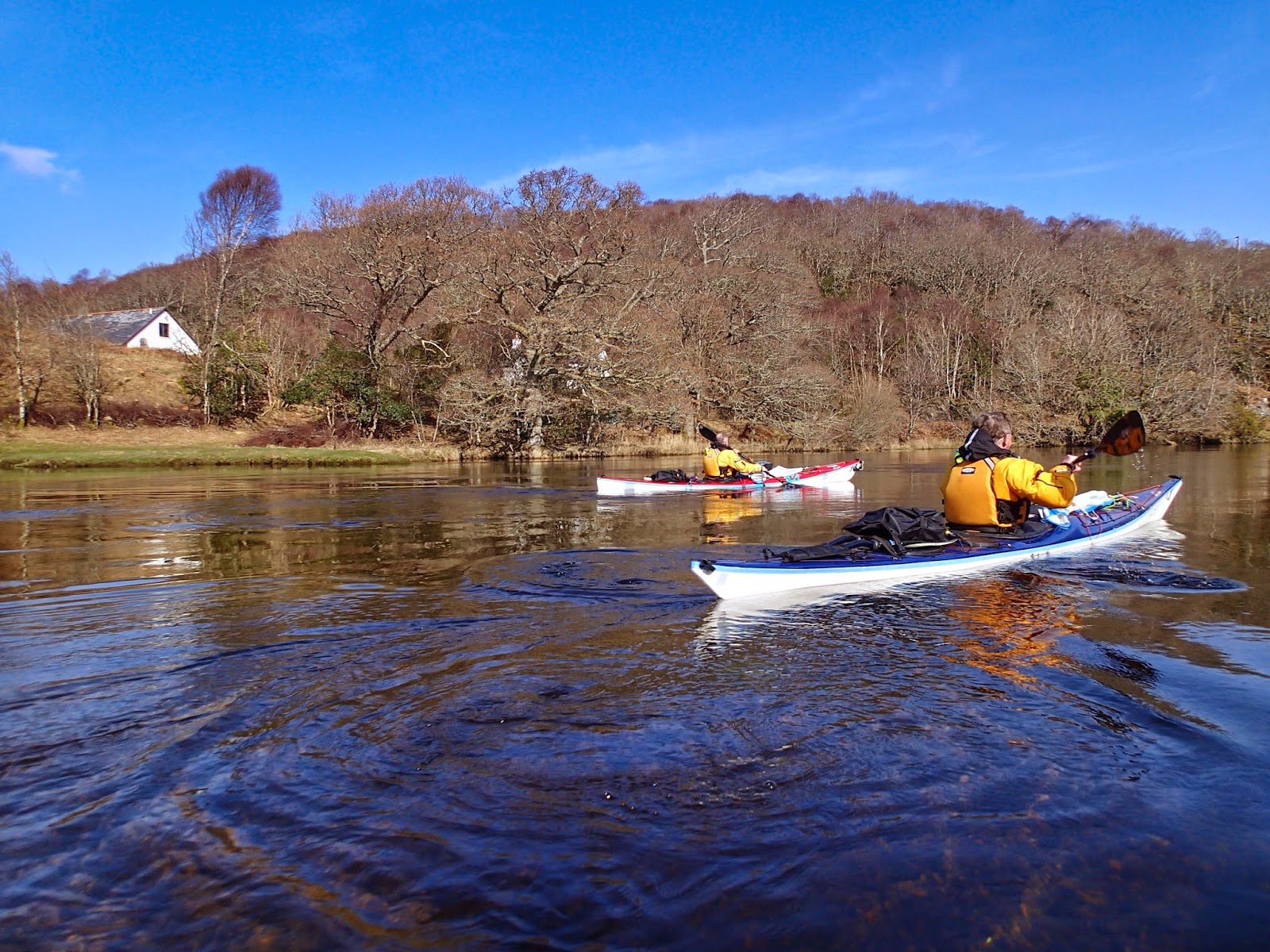 Having passed the bridges on the River Shiel we now had to decide where to leave the river.   We knew that there would be a considerable rapid at the point where the river empties into the sea at Loch Moidart.  The drop is caused by the raised level of the land in this part of Scotland; a rise which continues following the release of the weight of ice when the glaciers melted thousands of years ago. 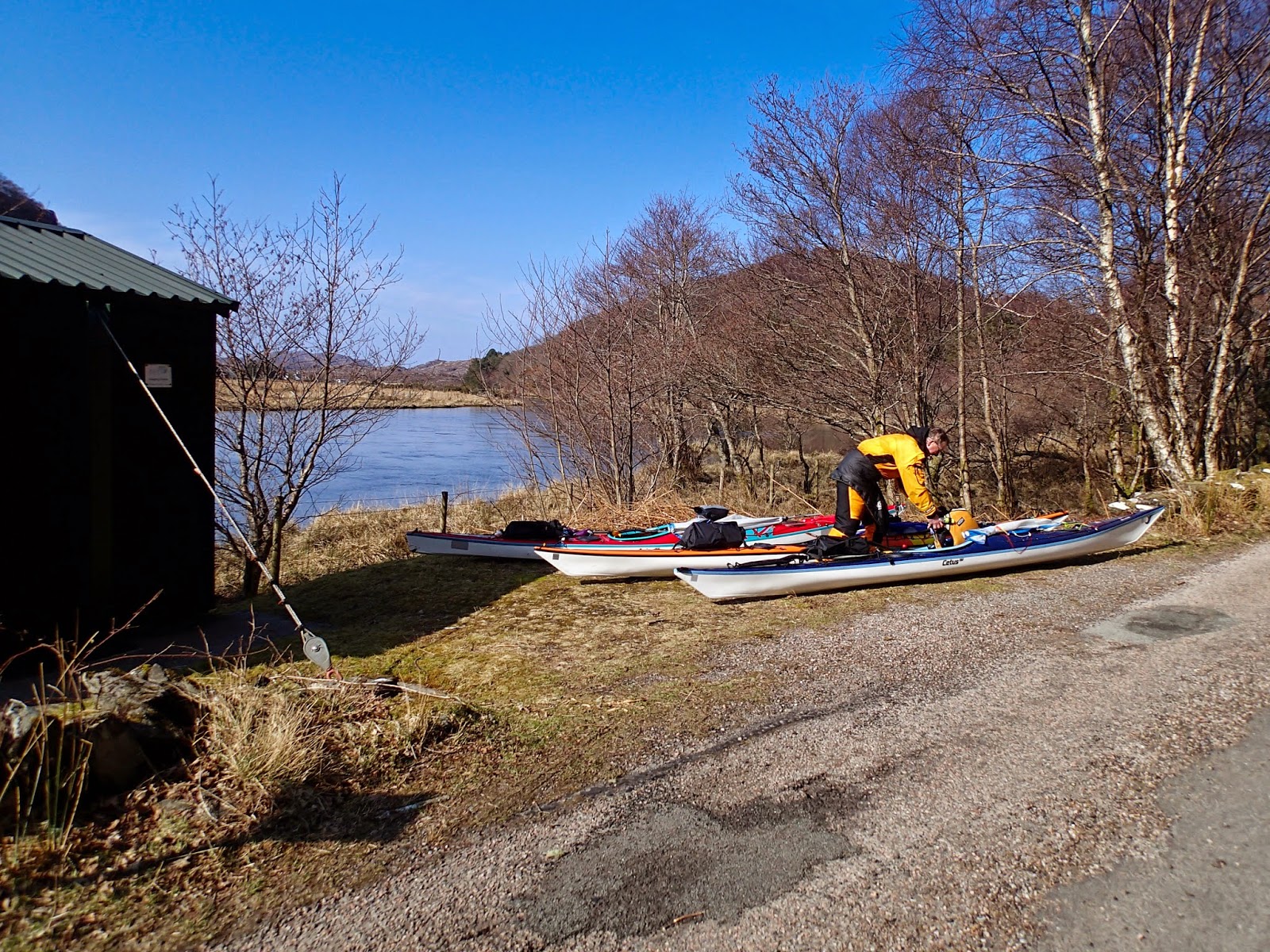 During planning for this trip I'd identified a couple of possible egress points from the river and in the event we used the first of these, at a river gauging station opposite Shielfoot. 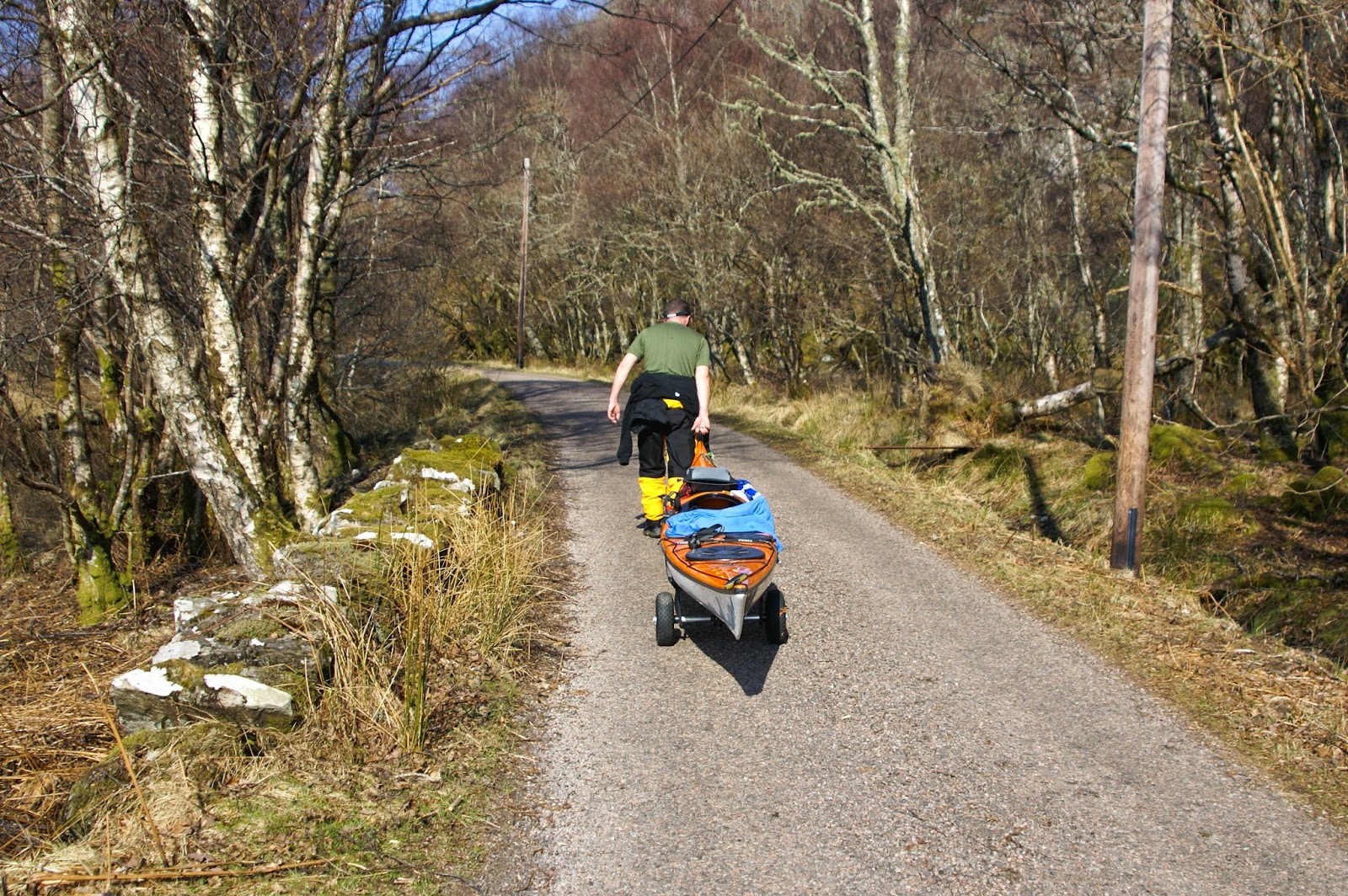 We loaded our boats onto trollies for the portage to Loch Moidart.  This trip is one where the use of a trolley is pretty much essential to move laden kayaks from fresh water to the sea.  The first hundred metres or so were on the public road before passing through a gate......... 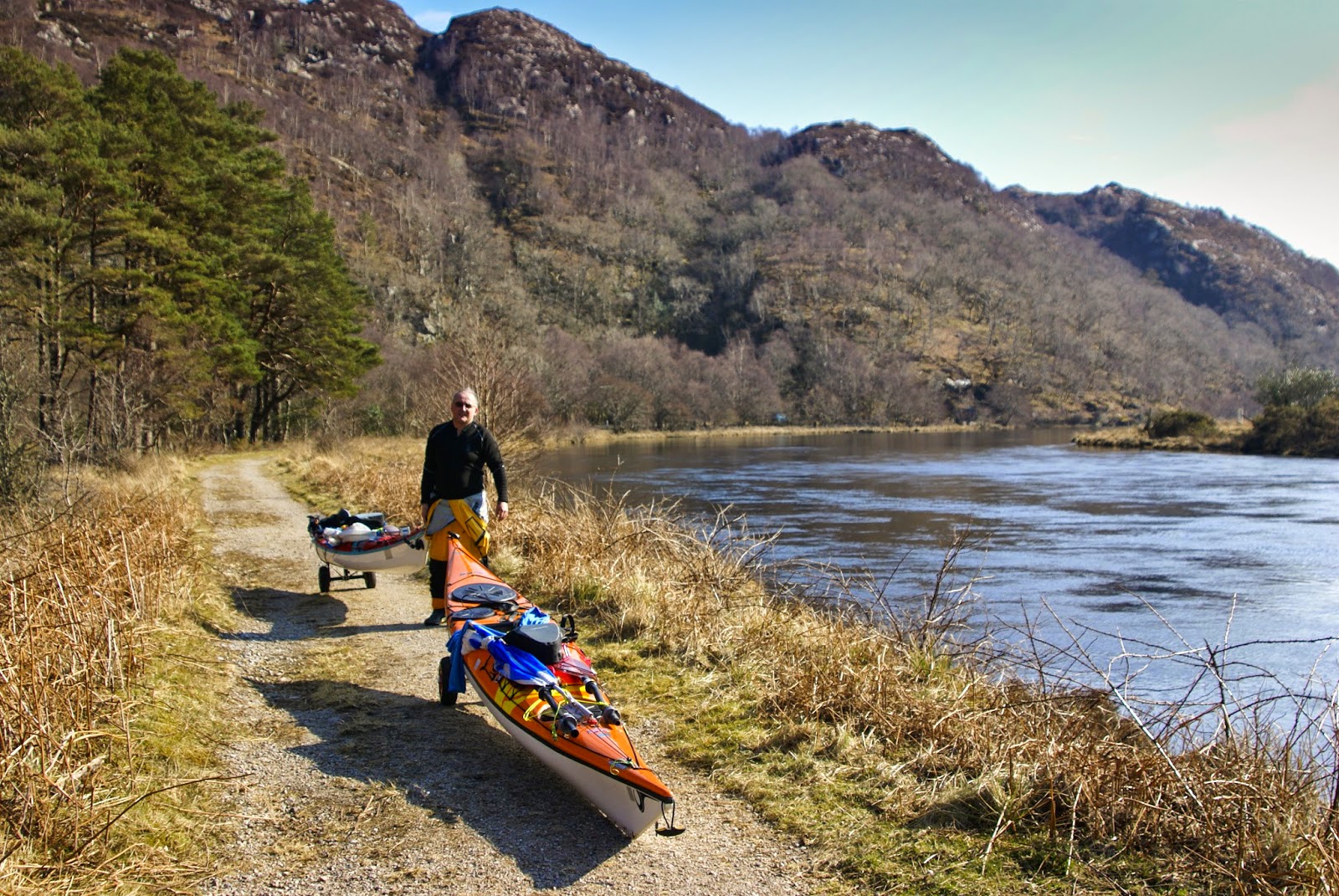 .....and onto an estate track.  This was the first outing for my new trolley; an Expedition trolley from Kayak Carrier Systems (KCS).  The trolley dealt with the bumpy track and a heavy kayak with ease and proved very stable.  We found that there were two further places we could have left the river to shorten the portage but we were happy to get out early because if these last opportunities are missed......... 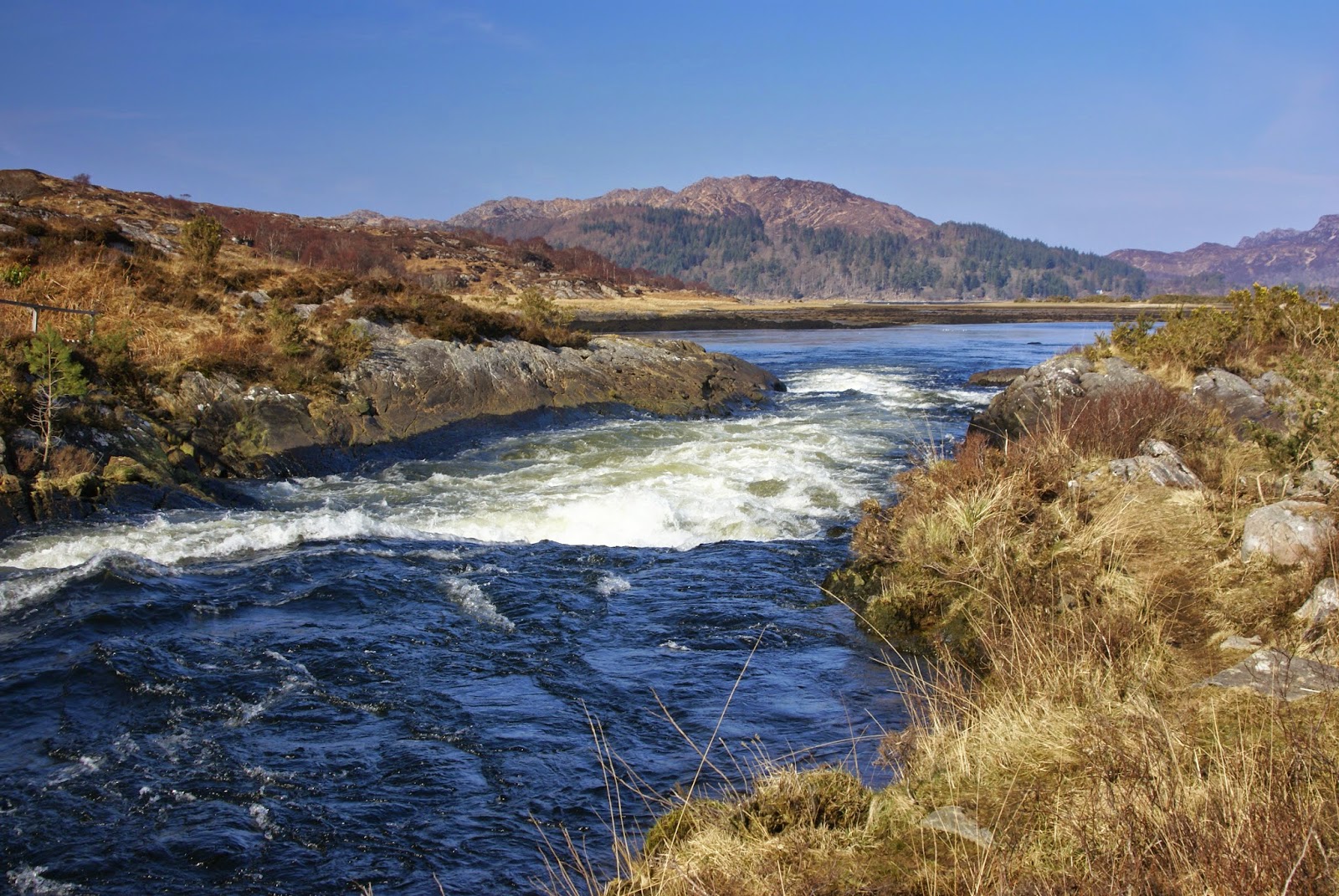 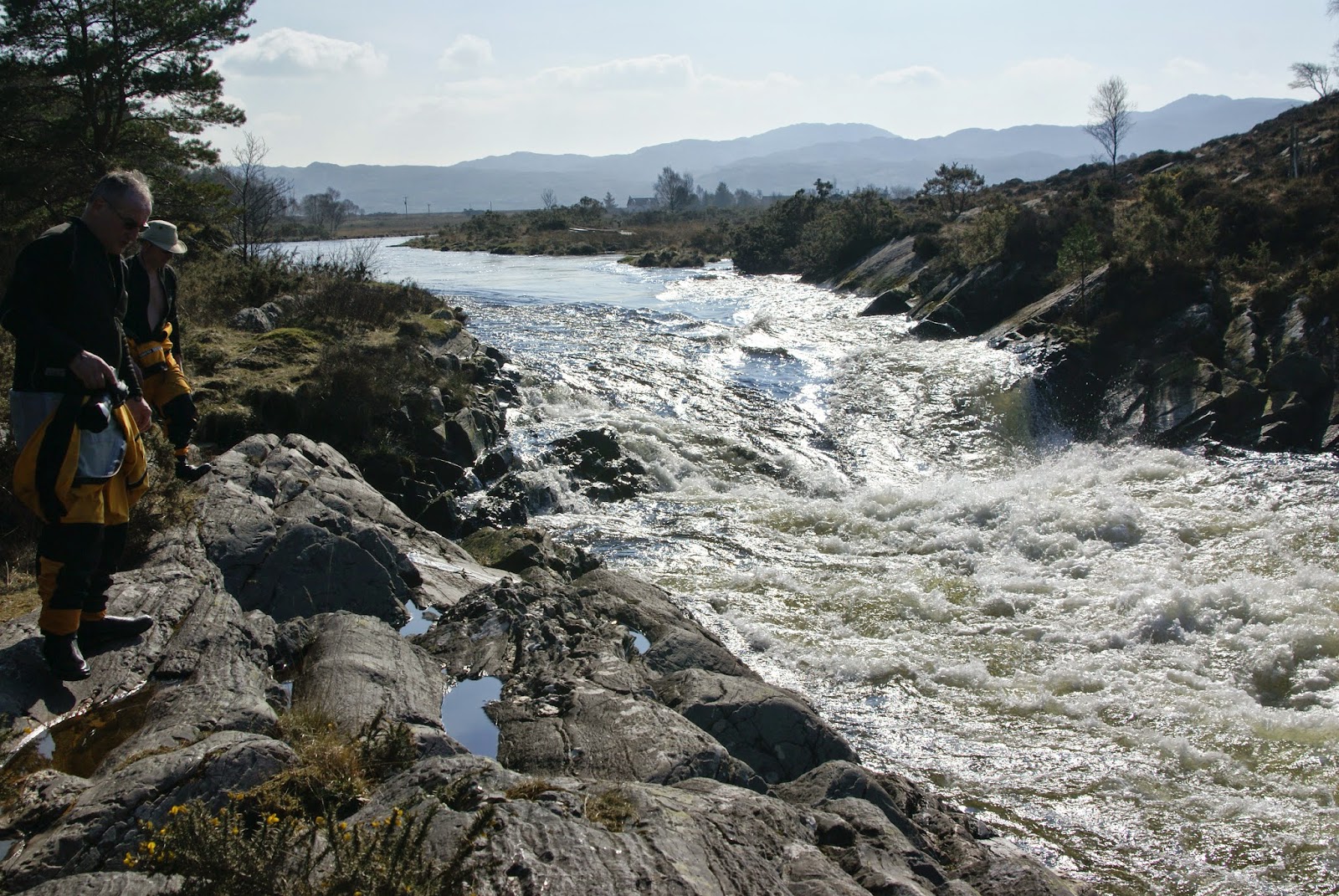 The five metres which the fresh water pouring out of Loch Shiel needs to drop to the sea is largely taken up with two impressive and powerful falls right at the end of the river.  The first drop becomes a boiling cauldron...... 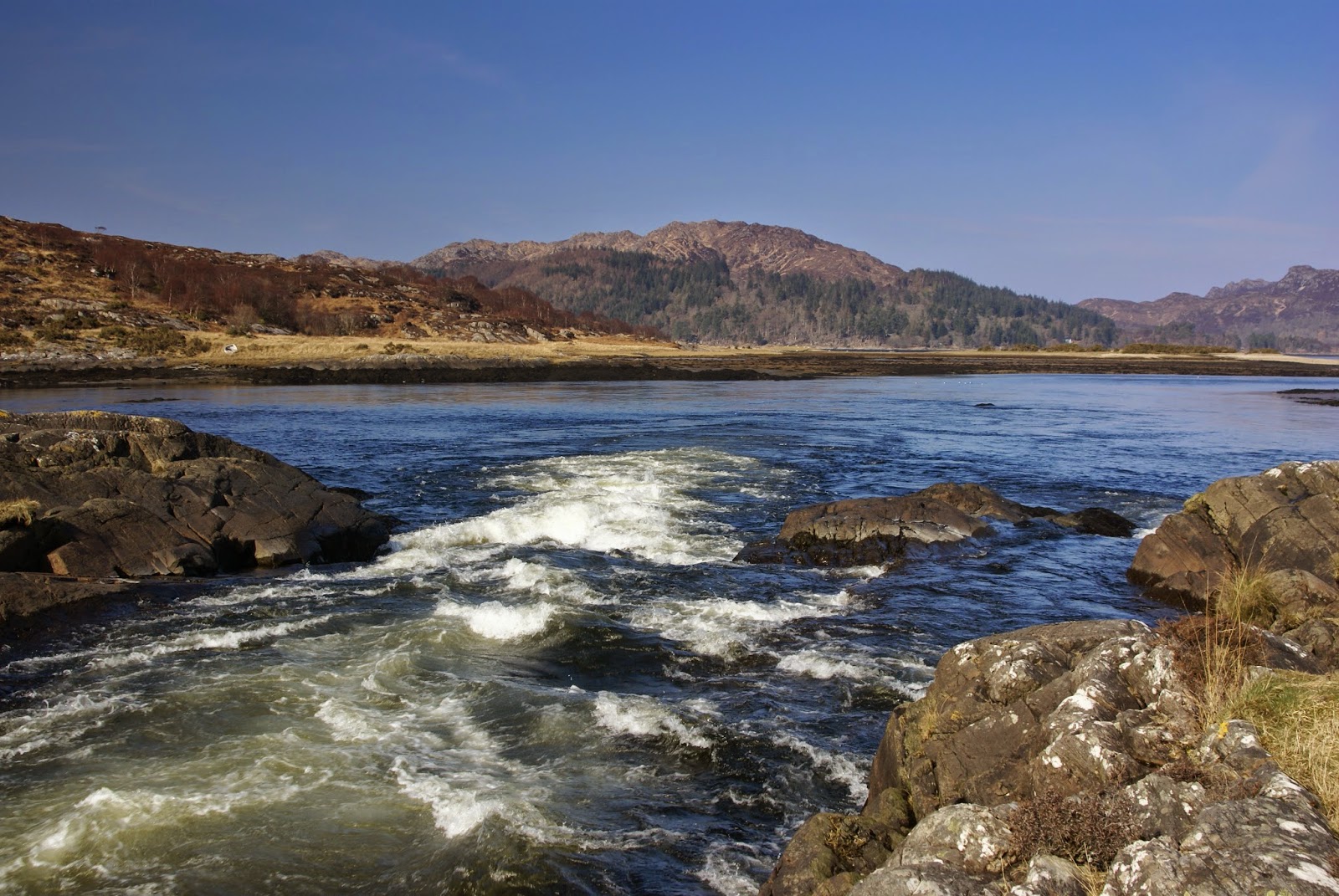 ....which enters the sea in a jet of white water. 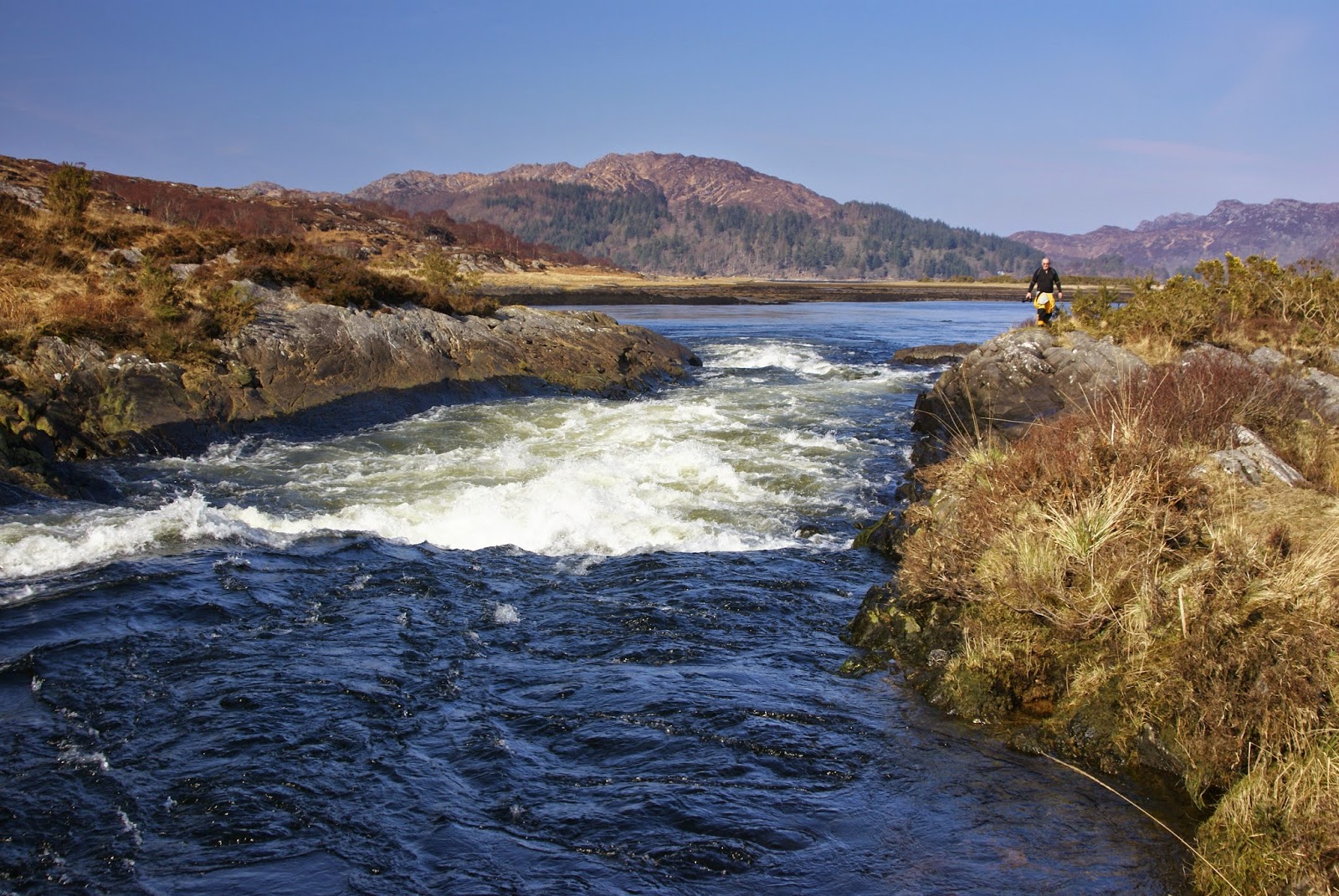 We'd arrived at the Sea Pool near low water, but after two or three dry days.  We decided that portaging would almost always be our preferred route at this spot; none of us felt the slightest inclination to attempt this run in heavily laden 5 metre boats! 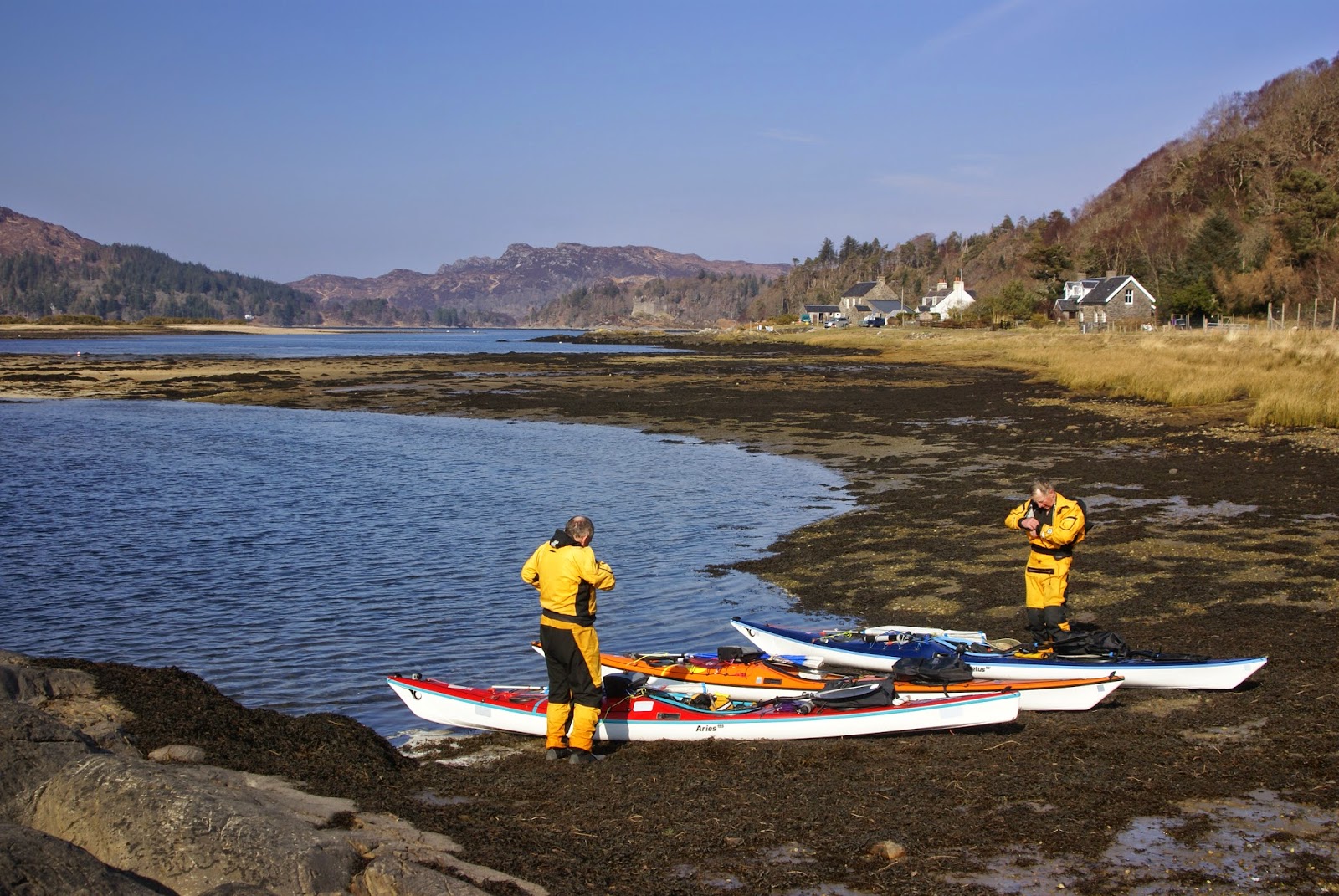 And so at last we came to salt water at Loch Moidart after a day and a half exploring the beautiful Loch Shiel and its river.  Back on familiar territory, we prepared to set out on the next stage of our journey.
Posted by Ian Johnston at 21:48