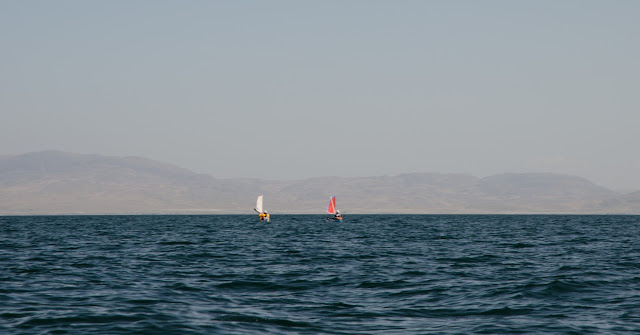 The 16 kilometre crossing from Colonsay back to the west coast of Jura took a little over two hours of steady paddling, assisted by a light breeze from astern.  As ever on crossings like this the coast towards which we paddled didn't seem to get any nearer for long periods of time despite GPS showing that we were making steady progress. 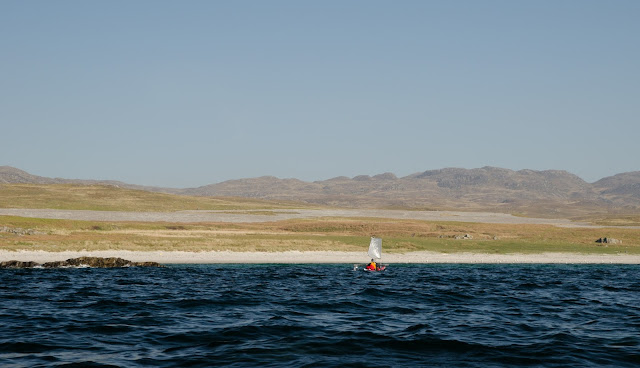 Gradually the raised beach backing Shian Bay which we were using as an aiming point grew close enough to see the brilliant white streak of sand below it.  Douglas and I had noted Shian as a good campsite on our visit a year previously and knew that we'd find flat ground for the tents, a good landing on sand and fresh water in a nearby burn. 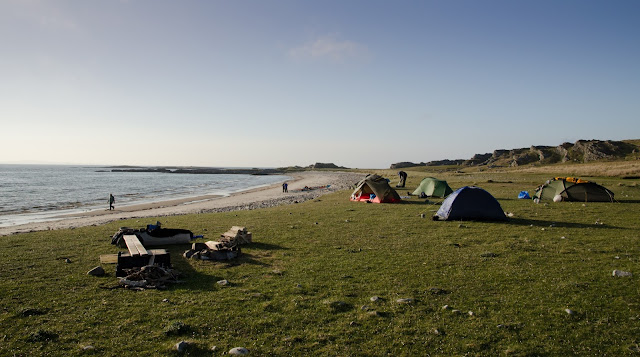 We were pleased that our memory of the place was accurate!  A sweep of brilliant white sand with cropped turf above it, a view out to Colonsay and in full sunshine made for a great place to camp.  Added extras were that the nearby burn had a deep bathing pool with sun-warmed water and there was plenty of driftwood for a fire........ 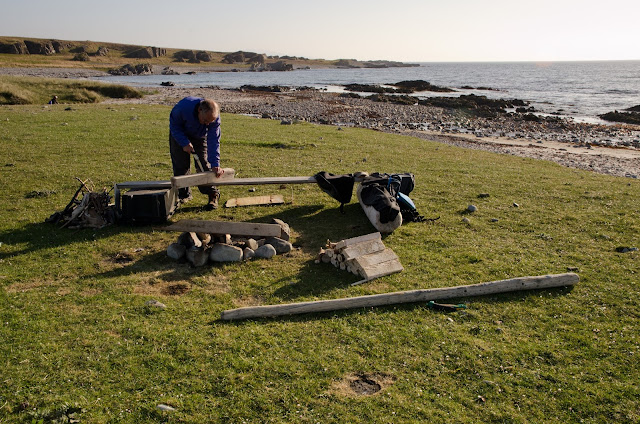 ...which we collected while Douglas used his Japanese folding saw to create a satisfying pile of evenly sized logs.  Normally we would light our fire well below the tideline, but at this beach we found a properly constructed fire pit which had clearly been in use for very many years.

We had arrived at Shian and set up camp in the late afternoon so we had plenty of time for relaxation before dinner.  After we'd taken turns bathing in the pool we found all that we needed on the beach for....... 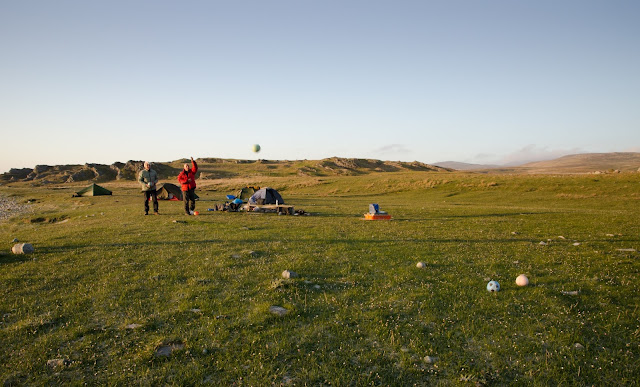 ..... a few ends of Hebridean boules! There were more than enough creel buoys washed up on the beach to provide a jack and six quite evenly sized boules - great fun but a pity that there's so many of these plastic buoys littering the beaches around Scotland. 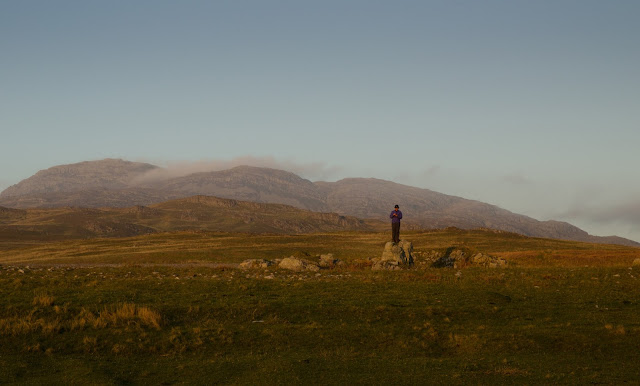 Douglas climbed up to the raised beach behind the bay and found that he could just about get enough elevation to pick up a mobile phone signal from the mast on Colonsay in order to get a weather forecast.  The outlook was for a less settled period from the following day, but for now we knew we'd enjoy a fine evening in this wild and remote spot.
Posted by Ian Johnston at 07:00