The wild and lonely coast of north west Jura 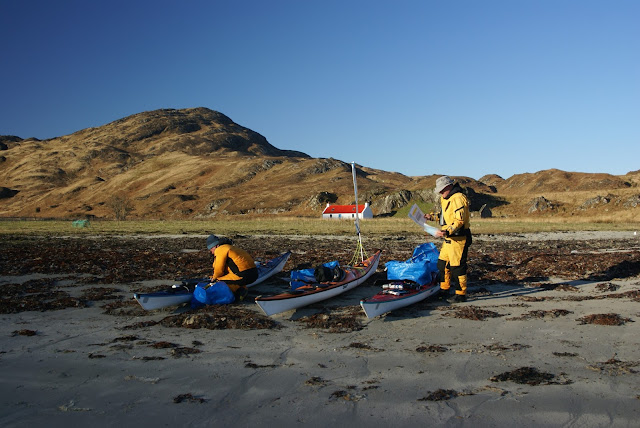 We slept well in Glengarrisdale bothy, rising early to a sparkling Spring morning. After breakfast we cleaned out the bothy and laid the firewood ready for the next occupants before saying our goodbyes to Tom and Frances.  Our Iindispensable Kayak Expedition Accessory bags were carried down to the boats - lighter by some food, firewood and a couple of containers of sports recovery drinks each. 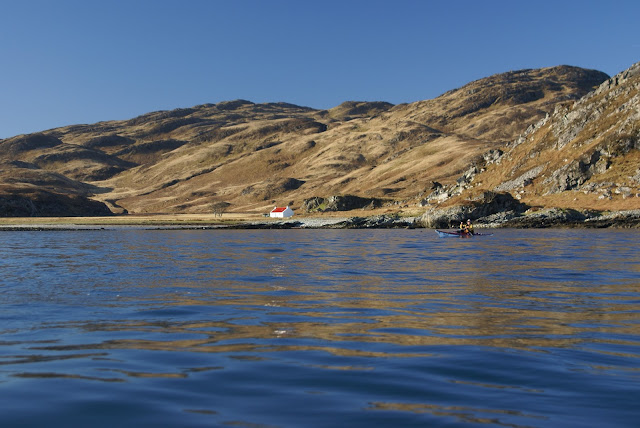 We set out onto a flat calm sea under a cloudless sky of intense blue - the colours of the land fairly zinging in the clear air. 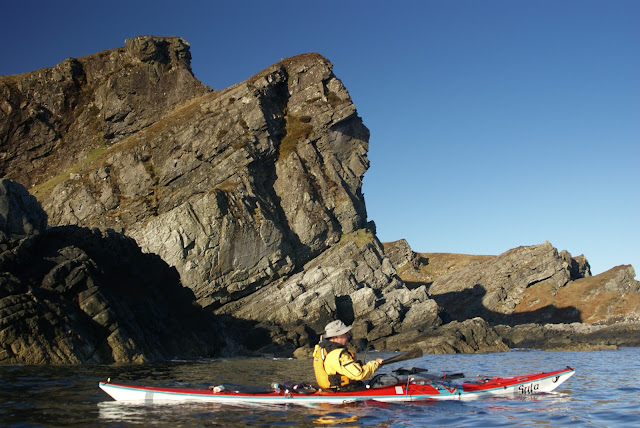 The northwest of Jura is a wild and lonely coast. Whether on foot or on the water one needs to be self-reliant as well as self-propelled as no paths penetrate the area for a full 25 kilometres of coastline, moor and hill.  Often beset by heavy swell and bad weather, we felt privileged to be able to experience this special place in such benign conditions. 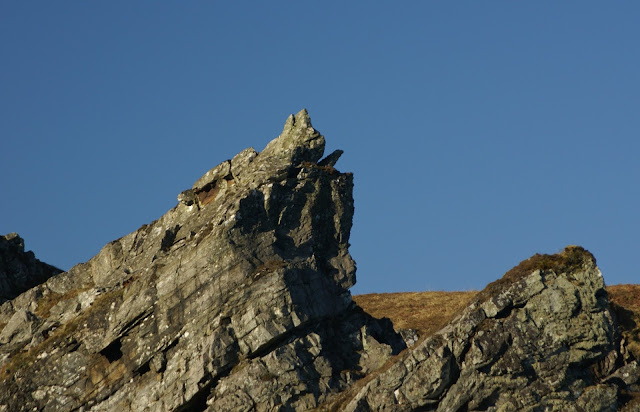 A short distance out from Glengarrisdale we passed the first of several mimetoliths encountered on this side of the island - promptly christened "Iguana Rock" ! 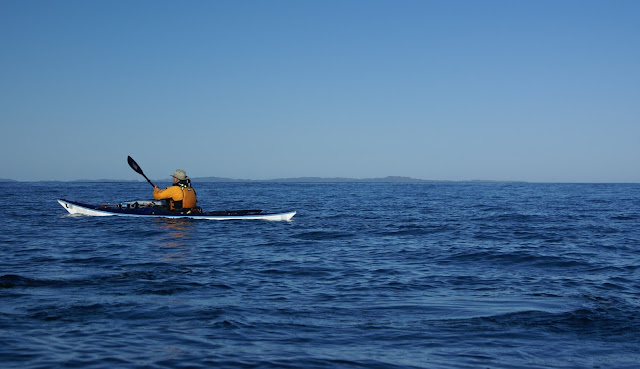 Fifteen kilometres distant, the island of Colonsay lay low on the western horizon.  Our plans had included the possibility of crossing to Colonsay to explore a little of its east coast.  At the fireside planning session the previous evening we'd voted unanimously that both Jura and Colonsay deserved longer exploration than the weather window of around four days we had available - and therefore that we'd stay on the Jura coast and save Colonsay for a future venture rather than paddling out to "tick" the crossing - it was an easy decision to make. 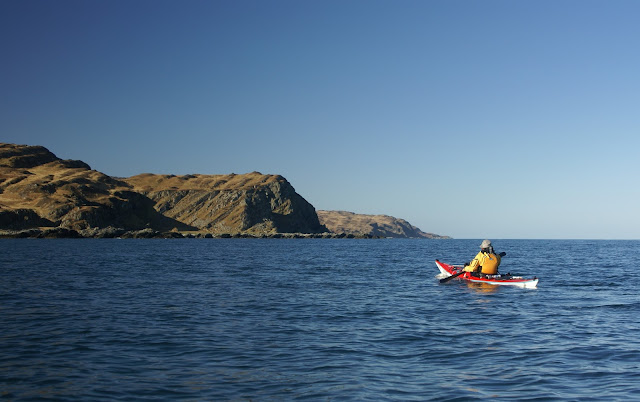 Headland after headland of wild coastline lay ahead of us awaiting exploration.  The underlying rock of Jura is mainly metamorphic quartzite; in fact it's the largest area of this rock north of the Highland Boundary Fault and shows up on the coast in beaches of bone white pebbles.  A characteristic of quartzite is that it produces poor, peaty soils and rough terrain pretty unsuitable for agriculture.  Only on the east side of the island is the quartzite varied by a narrow strip of schist which breaks down to much more fertile and abundant soil and that's where almost all the population (and the distillery) are.  The prevalence of metamorphic quartzite is part of the reason why there are some 6000 Red Deer and only 200 people on Jura, the eighth largest of the Scottish islands but one of the most sparsely populated. 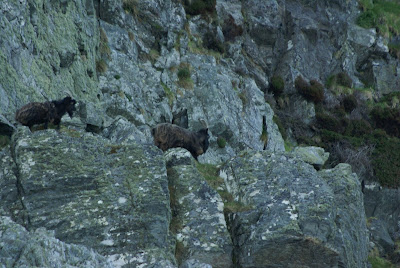 Along with there are numerous wild goats and we saw small groups right along the shore and above on seemingly inaccessible cliffs - animals completely at home in their environment. 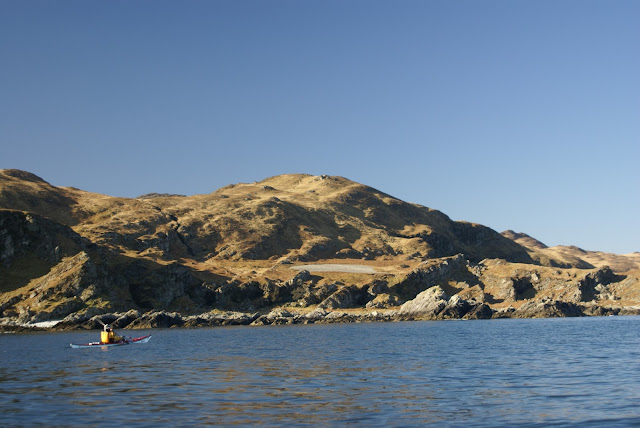 We paddled at a very relaxed pace, taking time to absorb the view and the situation.  The first of a series of raised beaches came into view, the level of the shore at the end of the last Ice Age.  Since then the land has been rebounding from the release of the ice sheet in a process known as isostatic rebound, we could trace the former high water mark along lengthy sections of the coast.  What a place this was to sea kayak!
Posted by Ian Johnston at 21:48