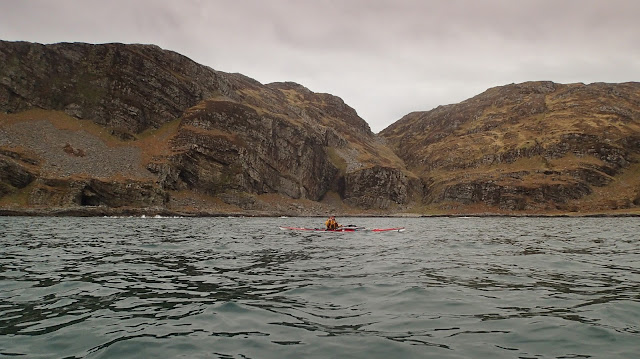 Once clear of the Corryvreckan we set off to paddle southwards along the northwest coast of Jura.  The tide on this section of coast doesn't conform to the usual reversing flow, it runs constantly NE'ly so we knew we'd make fairly slow progress. 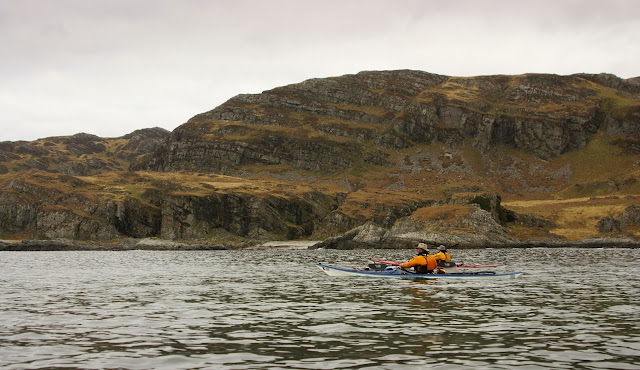 The northern part of the island is rugged and folded, indented with rocky bays, landing places are mainly marginal and prone to swell.  Our destination for the evening was Glengarrisdale Bay, one of the few sandy bays offering easier landing - with the added advantage of a well maintained MBA bothy for our overnight accommodation. 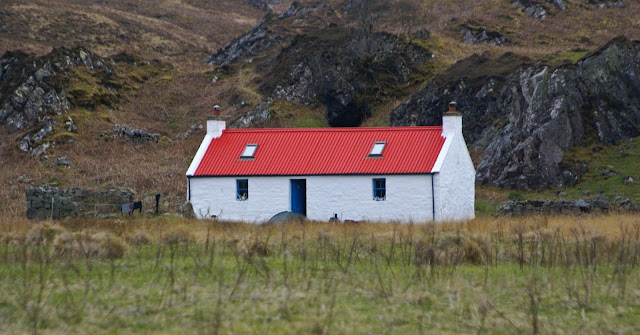 As we pulled our boats up onto the strand at the end of a 24km paddling day we could see that the bothy door was open and that a tent was pitched outside.  Tents outside a bothy often indicate that the place is busy so we thought we may need to camp after all - not a problem as there's plenty of flat ground for tents. 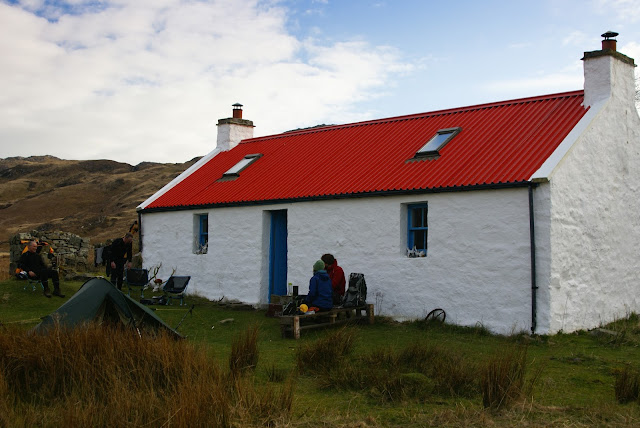 When we reached the bothy we found that in fact the only folk staying were Tom and Frances who'd pitched their tent outside for sleeping but were using the bothy on a rest day from a backpacking adventure up the west coast of Jura (having previously walked the east coast).  This is a quite remarkable route - there are no paths at all along Jura's west coast and the going is very rough, to say nothing of having to detour around a sea loch which almost bisects the island.  Tom and Frances' adventure put our short 4 day trip in real perspective!  They'd so far been out for over a week and had a couple more days to go - some food left by previous occupants had enabled them to take a rest day and maintain sufficient supplies for the rest of their route. 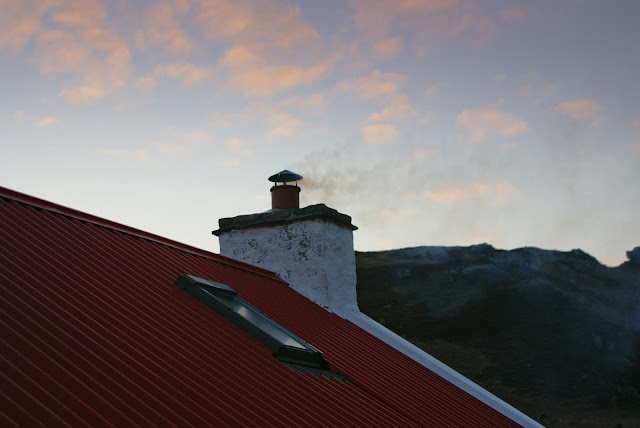 While Tom and Frances went for a walk up one of the hills at the back of the bothy to watch the sunset and to collect additional firewood, we cooked and ate our evening meal outdoors before turning our attention to things combustible.

We had each brought a Wilcox Ignition Aid (TM) and a quantity of dry firewood inside our boats.  At the bothy were a collection of larger logs and branches, perhaps left by the estate or salvaged as driftwood.  Attempts had been made to saw some of these up, perhaps when they were wet.  Tom and Frances had borrowed our folding "bothy saw" to cut up driftwood on the shore, so we got to work with a bow-saw from the bothy.  When we had reasonable chunks we were able to use a felling axe and a rock "sledgehammer" to produce a satisfying pile of wood for the evening and for the next occupants too; the work involved meant that we'd be twice warmed by the firewood!

Before long we had the fire away and "the lum reeking", a great sight at any bothy.  Our post-dinner dram was, naturally, a Jura whisky - "Superstition" 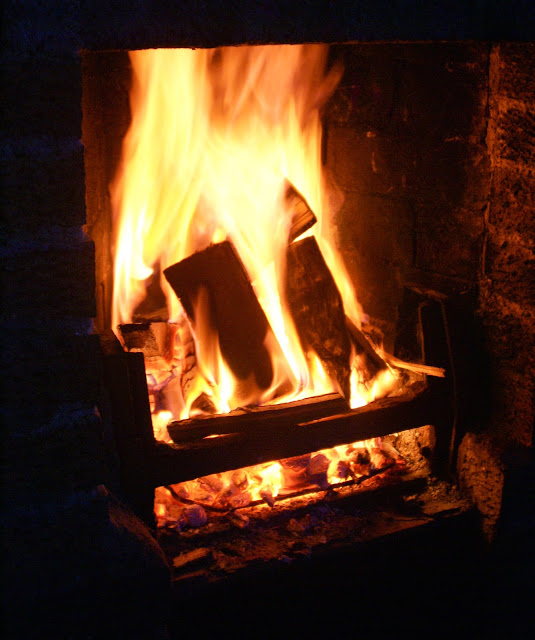 When Tom and Frances returned they brought driftwood and some peat to leave for the next bothy-dwellers.  We all sat in the main room and enjoyed the warmth of the fire, chatting about how good it was to be here; and reflecting that we were almost certainly the only five people on the whole 40km west coast of Jura. 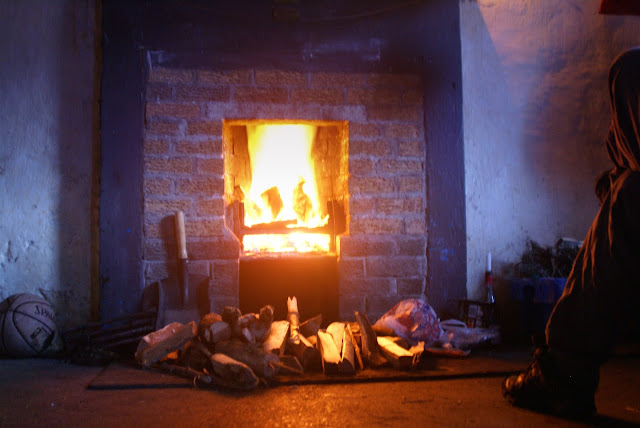 We allowed the fire to burn down a little in order to bake sweet potatoes wrapped in foil in the embers.  We found an extra potato for our friends - who had actually been dreaming of baked spuds the previous evening!  Chatting with Tom and Frances gave the additional warmth of our shared love of these special places - and made for a really pleasant evening in front of the fire.

Douglas, Mike and I decided to sleep upstairs in the bothy; the attic space is boarded out and makes for a spacious sleeping area which by the time we retired been warmed by the heat of the chimney breast.
Posted by Ian Johnston at 19:50